And we’re done! The saga of restoring the Grunow 589 is coming to a close, as I’ve sorted the last issue, performed the final set of adjustments and verified correct operation of all its features.

If you’re just joining in, take a look at the previous entries to see what happened so far (it’s a lot!):

I’d completely electrically restored the radio and completed the first phase of alignment after the socket replacement, but the radio was acting up, oscillating and cutting out intermittently. It turns out that a wire had broken under the cloth insulation. I located the break (near an end of the wire), stripped off the insulation back to a good segment and reconnected to restore proper operation. 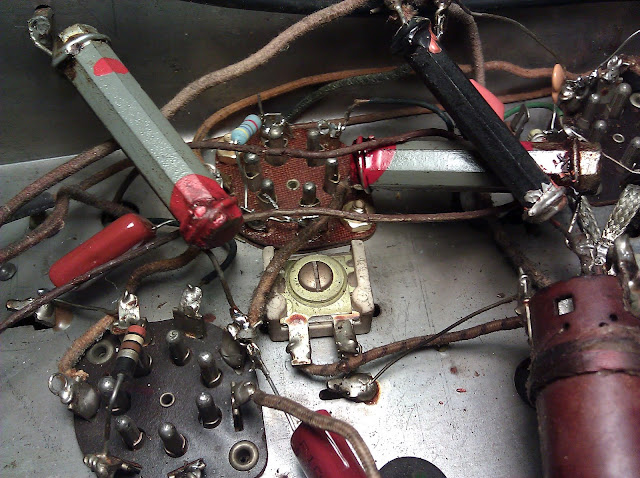 I re-peaked the alignment just for good measure, this time using my non-inductive alignment tool. 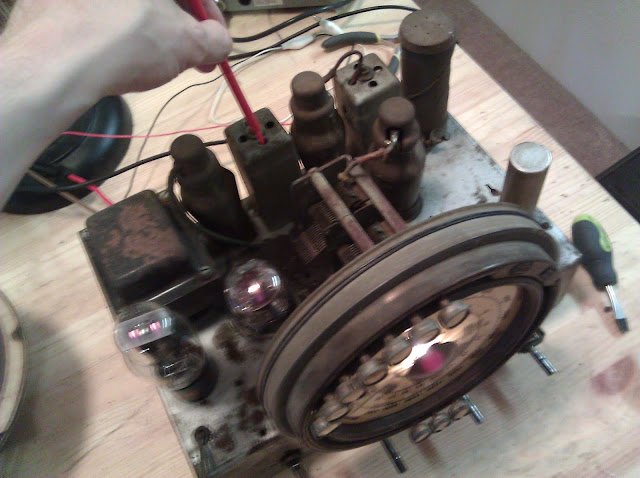 Finally, at one very narrow range down at the low end of the AM broadcast band, the oscillator was cutting out for a very narrow range – only about 580-600 KHz. Because of the nature of the failure it was easy to determine that it was caused by shorting plates in the tuning capacitor. Shining a bright light on the plates, it was easy to see where they were just barely scraping, and very carefully bending it outward solved the problem completely. I used a cut to size piece of a business card for this task. 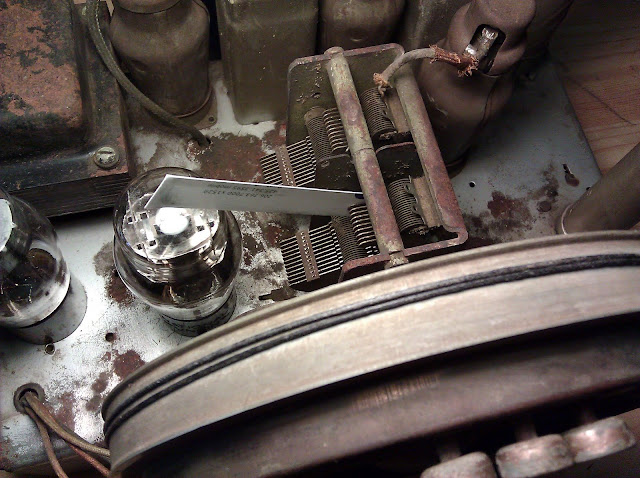 The radio receives stations across the entire dial and the tone control nicely compensates for proper sound depending on the style of music being played. Radios this old weren’t built to “hi-fi” specifications as they are now, so the frequency response is somewhat chopped compared with a modern system – it rolls off the highest highs and distorts on big bass hits – but it sounds incredible playing period music, talk, sports, and lighter ambient choices.

I replaced quite a few pieces during this restoration: 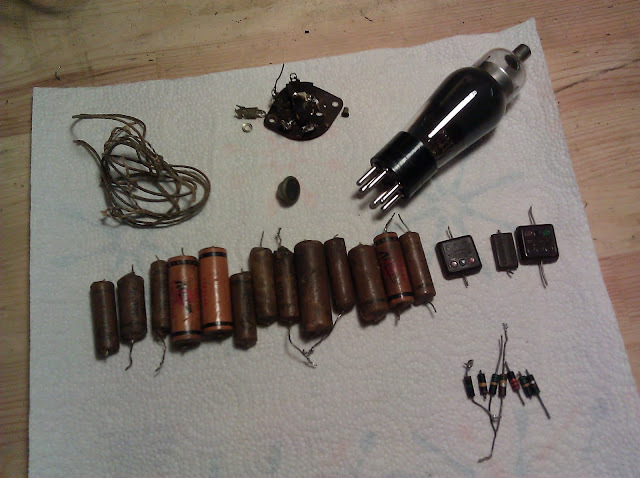 Photos of the completed chassis: 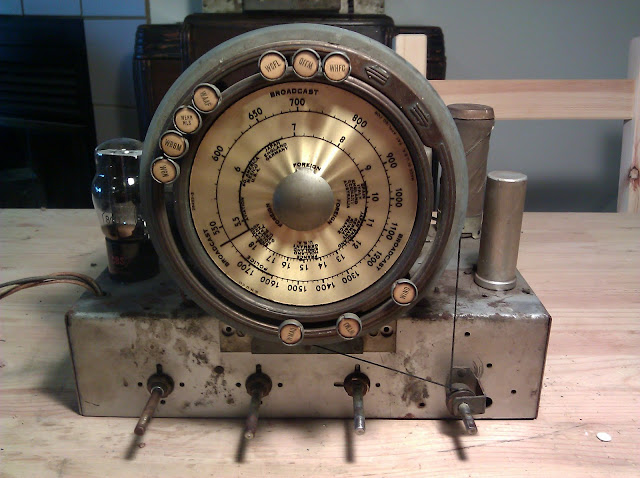 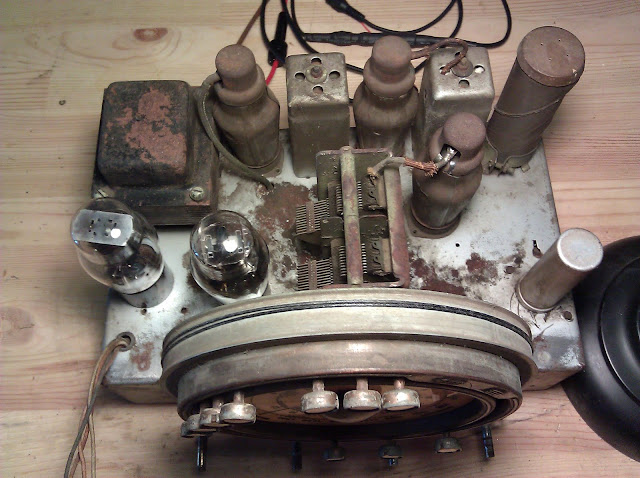 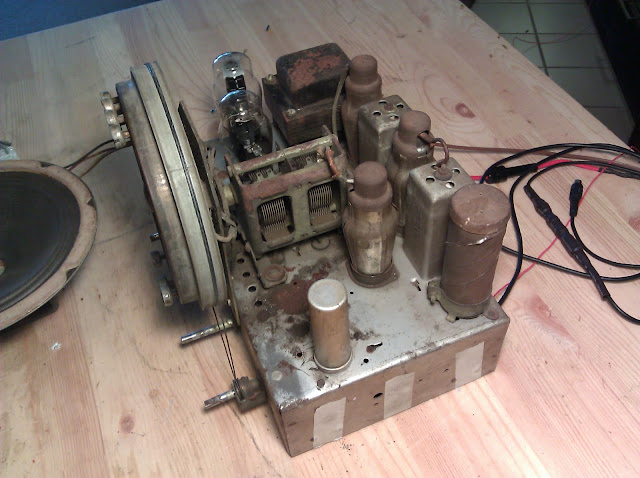 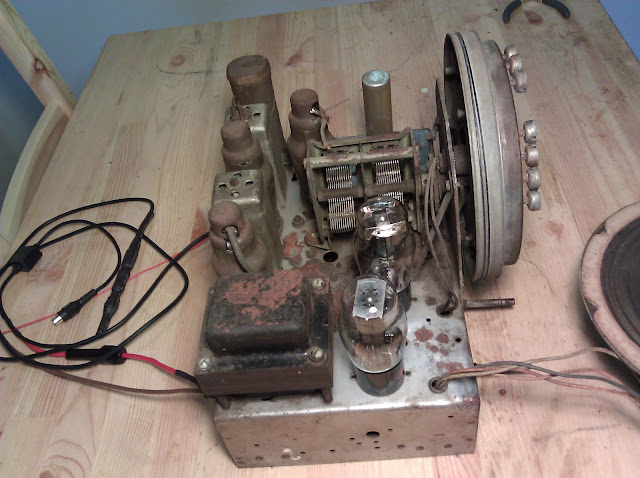 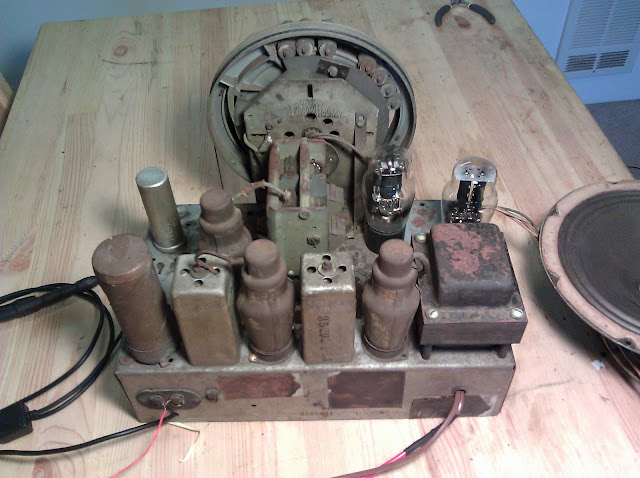 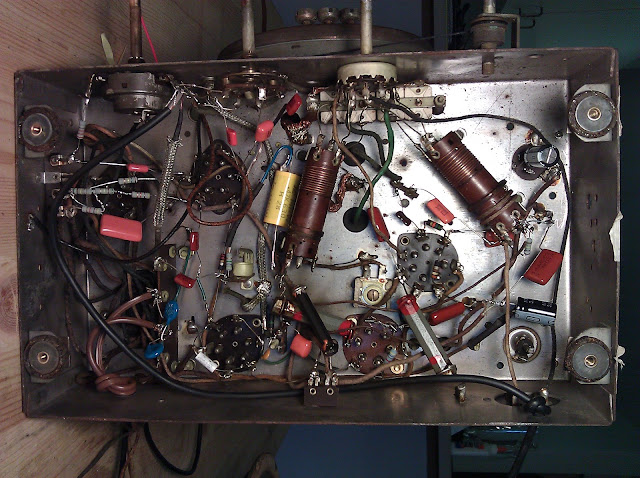 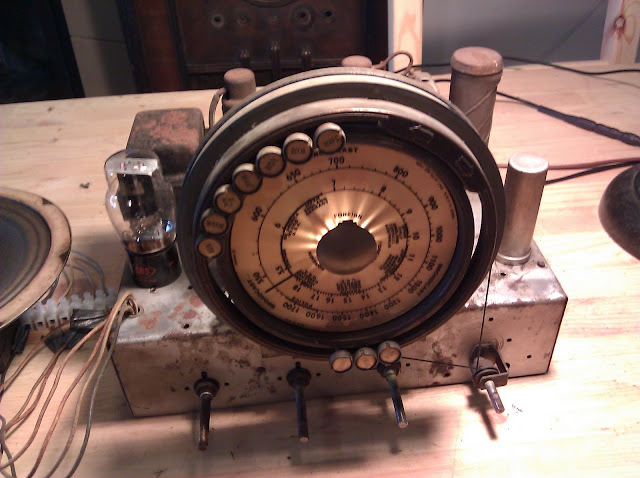 A video of it playing through the AM broadcast band, and scanning across the shortwave, is available from YouTube:

I was able to weakly receive a single shortwave station, this one at the high end of the dial, while scanning today. Shortwave reception is so variable, depending on atmospheric conditions, time of day, local electrical noise and RFI, and antenna setup but I’ve been able to receive a few other stations at different times of day with this one. As this is an entry level model lacking a tuned RF amplifier, its shortwave performance will never rise above mediocre at best but it probably performed acceptably in days of less noise and more stations.

This process dragged on longer than I usually like due to a couple of issues that cropped up in the middle, but on most old radios there are no problems that time and patience can’t solve. Another successful project, done!