I thought I’d start the weekend off with some more photos of butchered antique radios for your viewing pleasure. This is the second-round photo roundup. Check out the first set of ruined antiques here!

An aspiring artist thought this 1940s Philco radio would look better painted in a motif reminiscent of Starry Night. I don’t really agree. 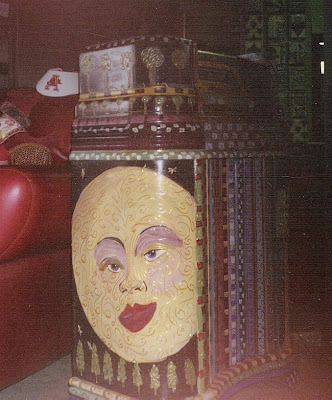 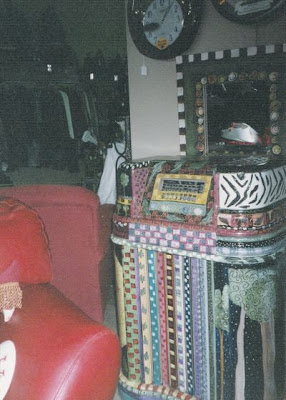 Somewhat similar, a dealer is selling a Zenith tombstone radio that’s been decoupaged with magazine clippings. This was almost an interesting work of art, but because the magazine clippings aren’t from the correct period, it’s just tacky. 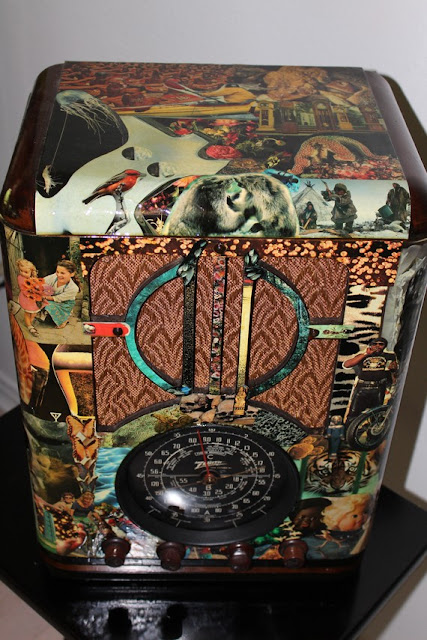 This late ’20s lowboy radio was stripped down into an end table. Cleanly done but it would’ve been more interesting with the internals, even non-working. 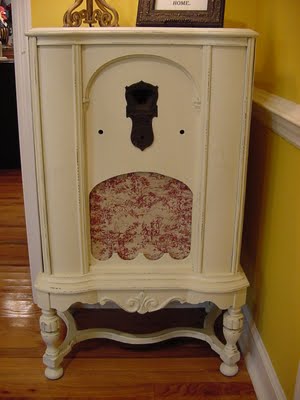 From Craigslist, someone turned what I suspect is a late ’30s RCA into a bar with a modern stereo built in. Turning radios into bars seems to be a popular thing to do with them. 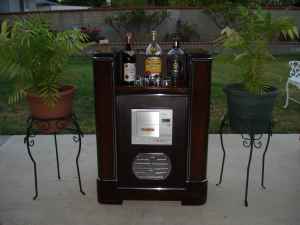 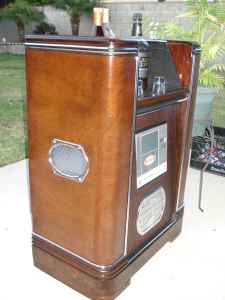 Radio bar conversions have been going on for a very long time – almost as long as radios have been around – and some can be very interesting. It’s just that many are done without respect for what the radio used to be – and without regard for the shape of the cabinet. Most upright radios don’t have a flat inside space to place anything, making shelving difficult – and ensuring that it’s going to look ugly no matter where it’s stored.

Most similar-looking Post-War consoles with a record player are reasonably suitable for conversions. This one has been adapted into a cigar bar: 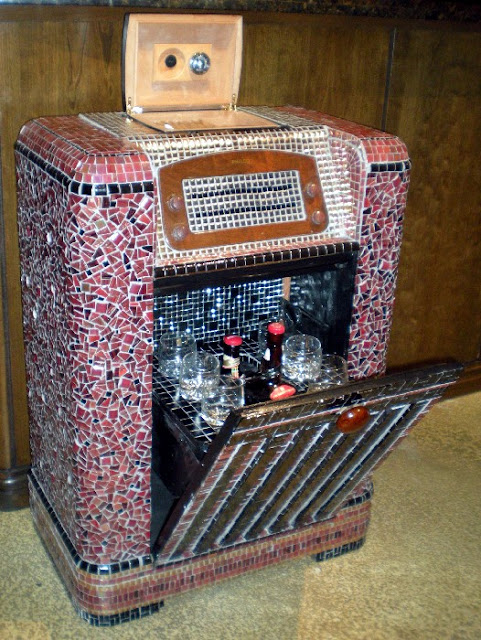 That’s not too bad, but radios with more square space inside are even better: 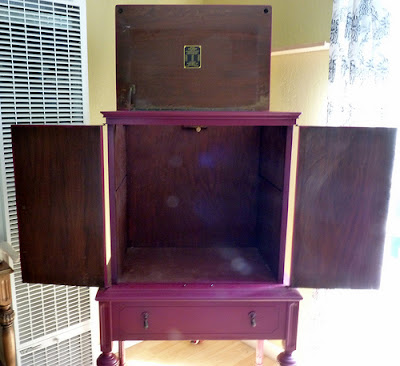 I’ll be converting one in this style to a bar myself, soon: 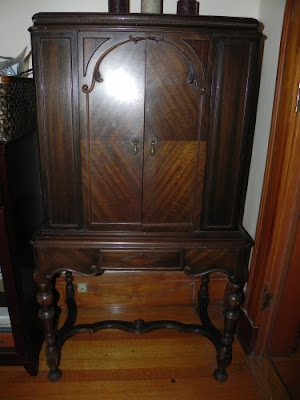 Back in the 1930s, radiobars were intricate pieces of high-end furniture in custom made cabinets for the wealthy and were produced by several major brands. This 1937 Philco radiobar has great folding out sides and mirrored backing, with period glassware: 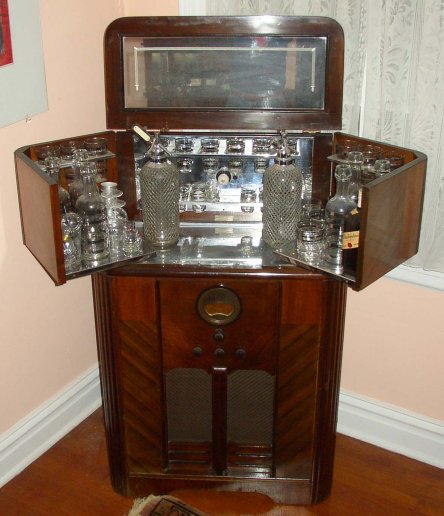 They came in a few cabinet styles: 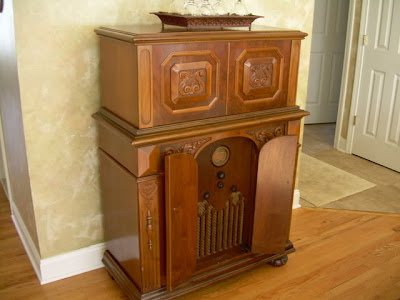 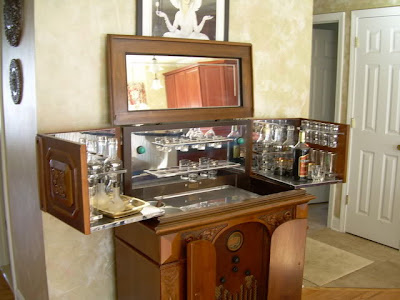 There were even models produced into the ’40s and ’50s, like this Porto-Baradio mantle-top bar: 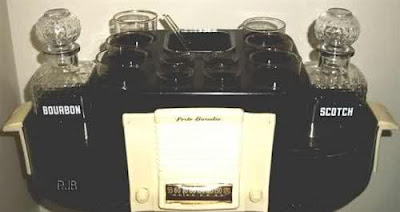 If you’re looking for an antique radio bar, you might be better off shelling out for an authentic one rather than a conversion.

And finally, leaving you with one that looks deceptively like a ruined antique but is in fact very special: 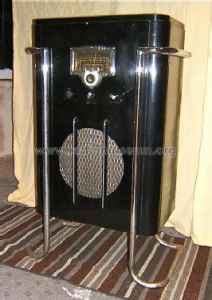 While it might look at first glance like a 1930s RCA radio that’s been painted black and had 1970s chair rails stuck on the ends, this is in fact an original by famed industrial designer and RCA contributor John Vassos and is worth thousands. Its style is the sort of thing that could be easily overlooked, too!