Repairing an Antique Radio from Start to Finish (6) – Grunow 589

We’re nearing the end of this particular project, and are just down to some touch-up work. The Grunow 5-U chassis I’m working on has had a lot of work done on it so far, please visit the previous entries if you need a recap or want to see some more photos.

Now we know the radio is in good shape, it’s time to start working on the alignment. The radio receives stations but with a bit of distortion, so the first steps are to peak up the IF transformers. Using my signal generator set to the intermediate frequency of the radio and verified with the frequency counter, I’ve hooked the generator’s output to the grid of the converter tube. This will introduce a warbling signal to the radio. 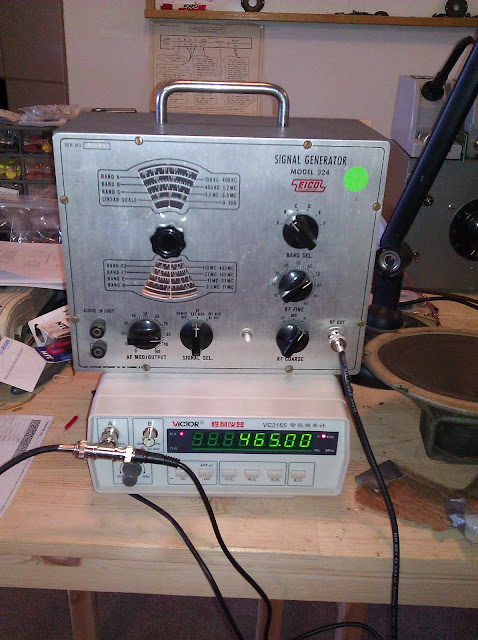 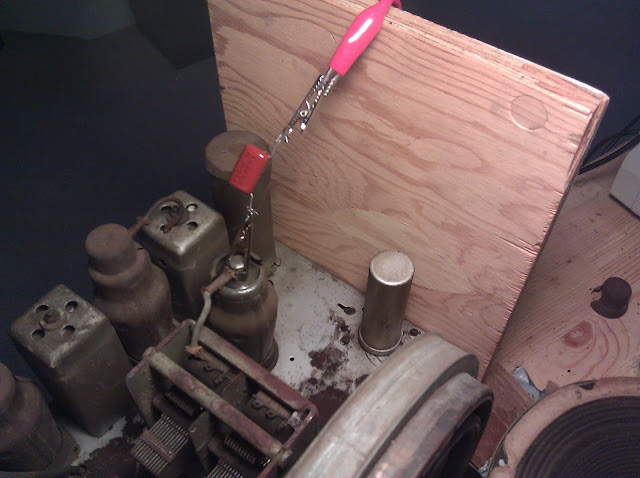 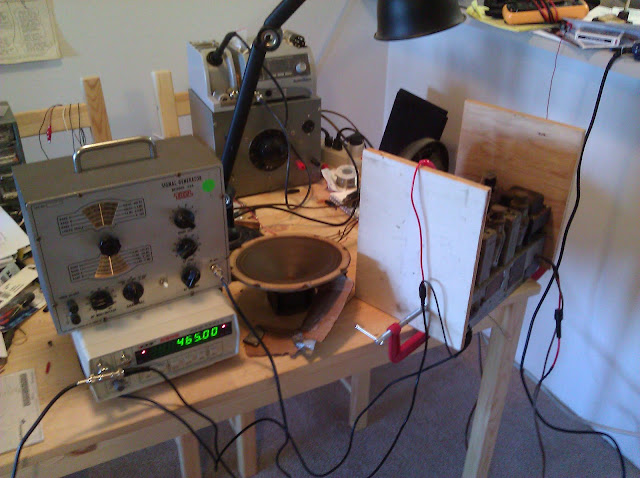 It’s a little messy, but here you can see them all chained together as the process gets underway.

Unfortunately, though, the alignment procedure revealed a weakness that I hadn’t previously detected. It turns out that the 6D6, IF Amplifier tube, was extremely picky about its orientation during operation. 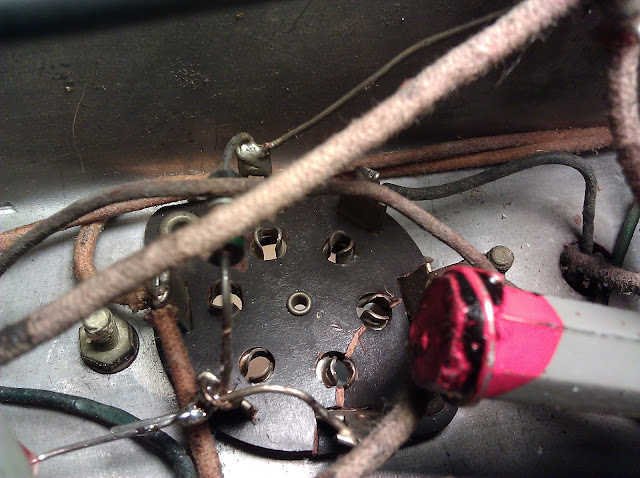 It turns out the socket cracked and was no longer making good contact with the tube, causing intermittent operation. That’s unacceptable, so the socket had to be replaced. Socket replacement isn’t terribly difficult, but it is tedious and time-consuming as all the connections must be carefully removed from the tube and preserved, the socket rivets drilled, a replacement socket mounted and connections re-established. This frequently requires a realignment, too, as components being physically moved (lead dress) can change the alignment. 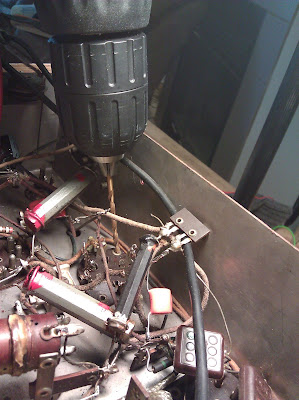 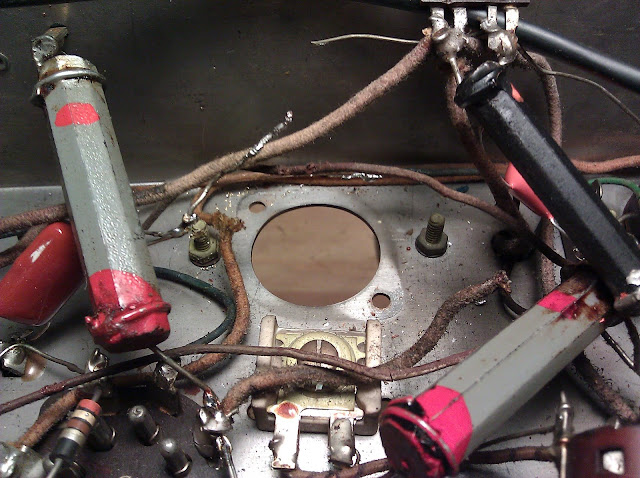 Using my hand drill at a slight angle, I attack the rivets holding the socket in. The rivets split into three pieces instantly, and the socket was free. 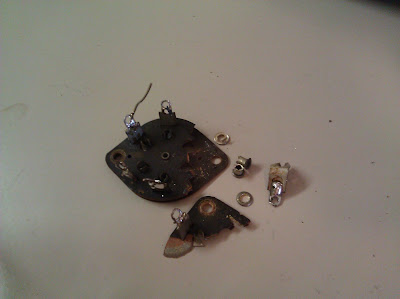 Clearly it wasn’t held together by anything except those rivets,as it disintegrated immediately. 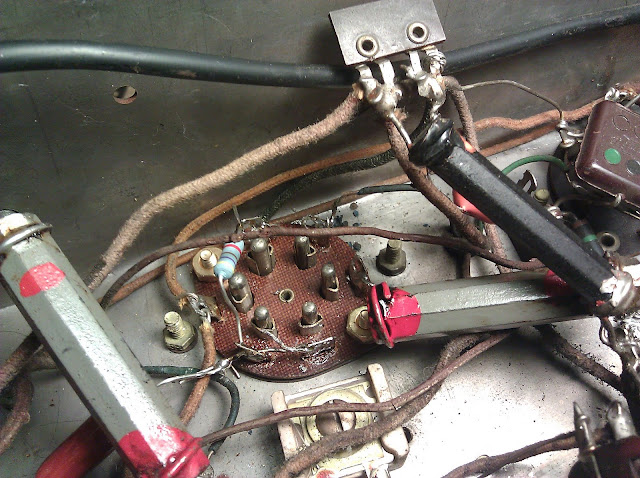 The new socket mounted up easily with #6-32 machine screws. I replaced the 470 Ohm cathode resistor as well, as it broke during removal. 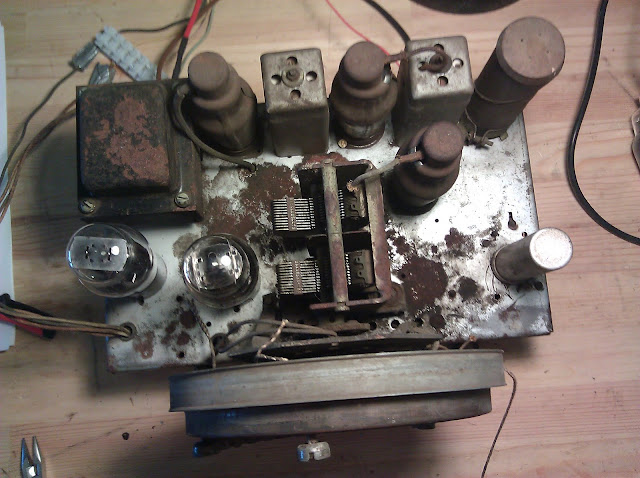 The top view after final socket replacement. Pretty much all the work under the chassis is done at this point, although I’ll be taking another crack at the alignment for good measure to peak it up after replacing that socket. The 6D6 now properly mounts and its shield covers it. The shield is necessary or the radio won’t play. The only evidence of the replacement are the small brass screws. The radio plays much better now, and isn’t sensitive to bumping the table, walking by, looking at it wrong, or any other contact-related annoyance.

All that remains on this radio is to complete the alignment and re-string the dial.