How to Ruin an Antique Radio [Photo Roundup]

Normally, I write about how to fix an antique radio. Today, though, I’m writing about all the creative and interesting ways people have found to destroy them – and there are quite a few ways, from gutting a radio cabinet and painting it a garish white to turn it into a “shabby chic display case”, to cutting pieces off radios to make into shelves for putting in a modern radio, to turning them into a fish tank or “blinged out” display case.

Most of these modifications are done without regard for final appearance, and usually end up being dumped on Craigslist or eBay for dirt cheap once the previous owner realizes they’ve created something hideous – and they stay there because nobody else wants to buy them, either. 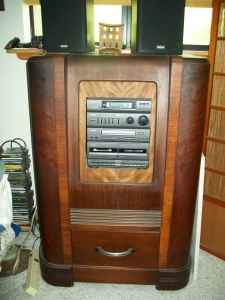 Here, someone’s taken a nice late 30s-early 40s console radio, cut out the front patch with the controls and speaker, and inserted a cheap ’90s stereo component shelf. While more tastefully done than some, the modern controls look totally out of place and while it probably receives FM and can play two cassette tapes at a time, it looks especially awkward with the bookshelf speakers sitting on top of the cabinet. and in a non-matching finish. 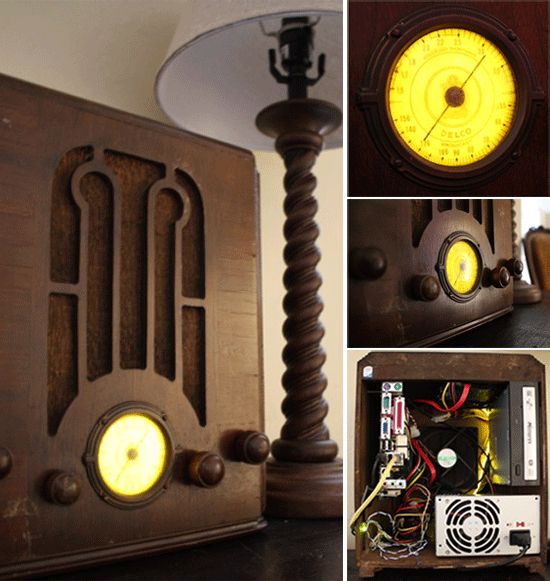 This Delco antique radio case mod was done with a little more attention to detail – the dial face and knobs were left intact as dummies – but unfortunately, the radio that used to be inside was a relatively rare and valuable model that used to run on the little-seen 32V DC mains voltage found out in some rural areas in the ’30s. This one is pretty tasteful, but even if the radio chassis was trashed it’s doubtful it would have been too far gone to restore. 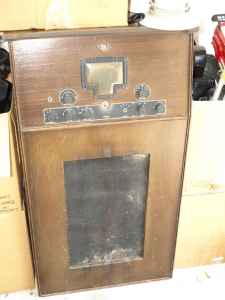 I believe this one used to be a ’30s RCA, significantly modified to fit a single large speaker and what appears to be either a PA or guitar amplifier in place of the vintage radio’s controls. Shame, too, this one used to have an eye tube. 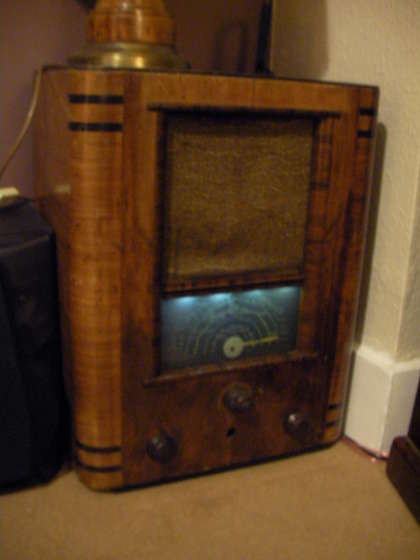 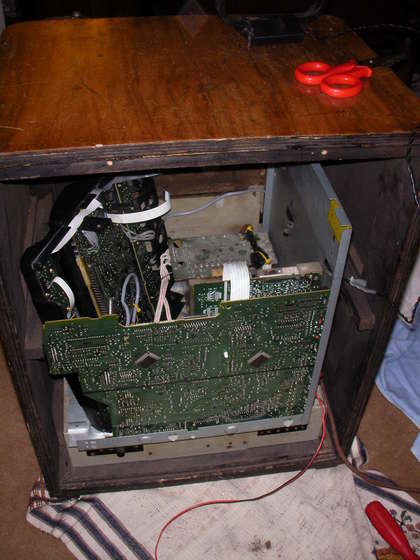 This poor tombstone-style radio from the ’30s met an unfortunate end, having the guts from an integral all-in-one stereo unit bolted to the remains of its stripped chassis. It’s nice the owner left the knobs and dial intact for display, but it’s still a low-end modern system shoved into what could’ve been a beautiful and functional antique. 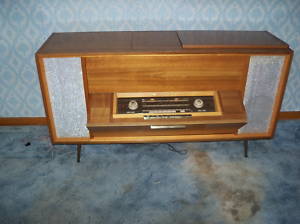 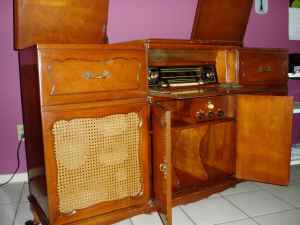 For reasons that escape me, the owner of this one took a German hi-fi radio console from the ’50s, with the clean lines, and shoved it into a French Provincial style cabinet common to stereo consoles in the 1960s and 1970s. While it’s probably an upgrade from whatever equipment came in said console in the first place, French Provincial cabinets like that are some of the ugliest furniture that exists in my opinion. 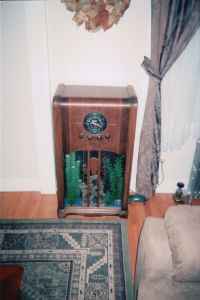 This used to be a ’30s Zenith radio, one of the most sought after brands. Now it’s an aquarium. 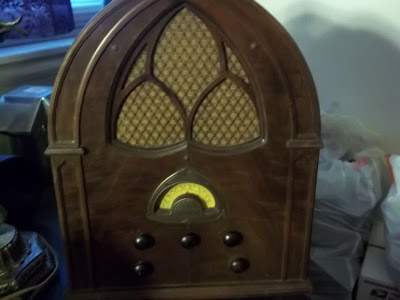 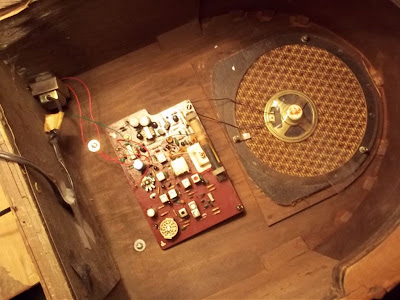 What used to be the rare and valuable Atwater-Kent model 84 from 1931, was turned into an AM/FM transistor radio at some time in its past life, leaving only the cabinet to show for it. With a tiny, 3-inch speaker the sort you might find in a clock-radio.

By far, though, the worst of the examples I’ve come across has to be this one: 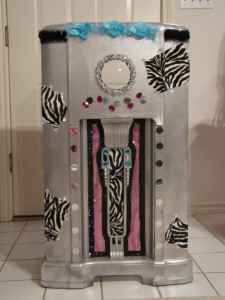 This used to be a ’30s Grunow All-Wave radio, an excellent performer and fairly uncommon, until it was gutted and “blinged out” for display in a nail salon in Miami until the owner tried to unload it on Craigslist.

Have any photos of gutted and converted antique radios you’d like to share? Send them to me!

17 Responses to How to Ruin an Antique Radio [Photo Roundup]