The Sony ST-J75 is a pretty well regarded, great sounding stereo FM tuner from the early ’80s. It’s one of the first forrays into digital tuning, with a frequency read-out, programmable memory, and seek/scan functionality and variable muting driven by a microprocessor. 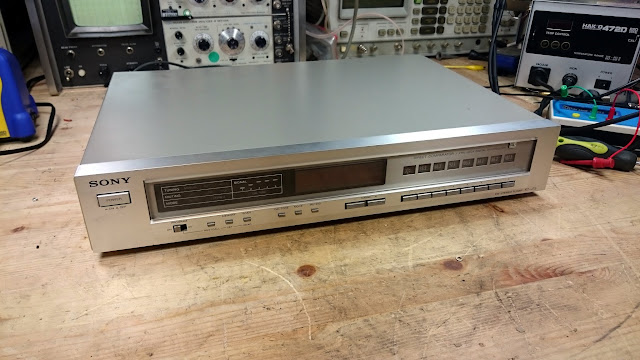 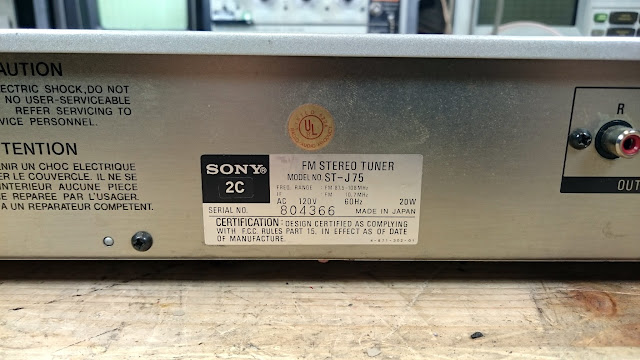 This model features FM only, accepts a 75 or 300 Ohm antenna, and outputs left and right channels at fixed 0 dBm (0.77V) level. Inside, the board is quite well laid out and accessible: 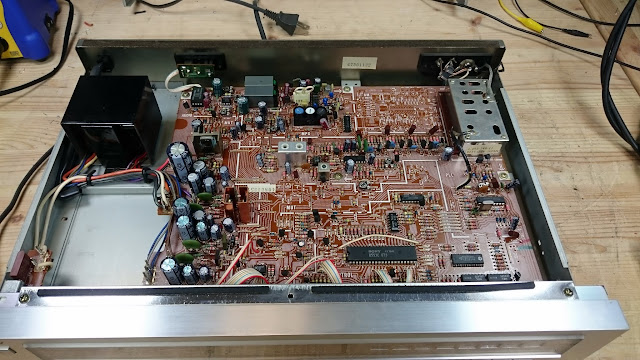 The owner reported it didn’t sound great and generally needed to be reconditioned. Taking the cover off, you could see where the capacitors had been outgassing due to failures! 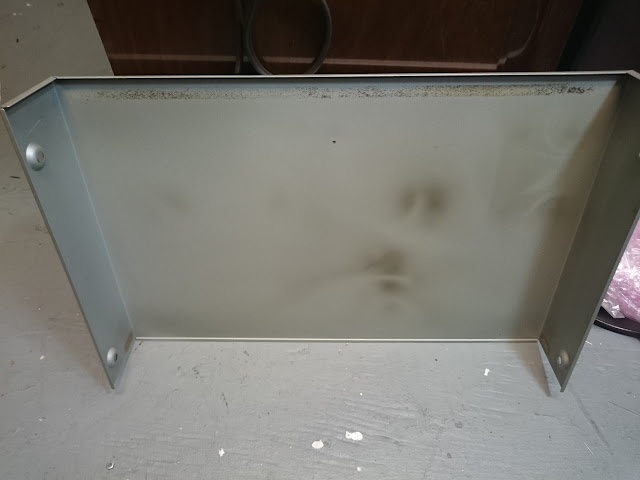 The bottom cover comes off, too, allowing service without removing the board from the enclosure: 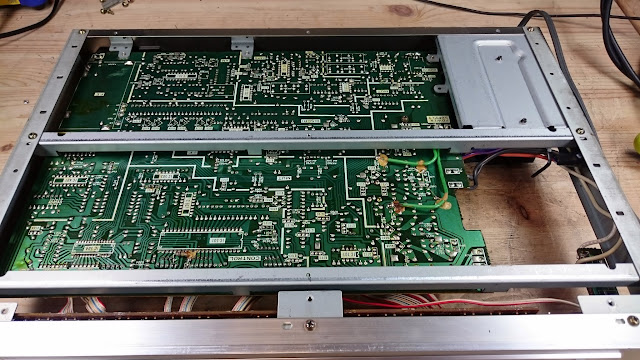 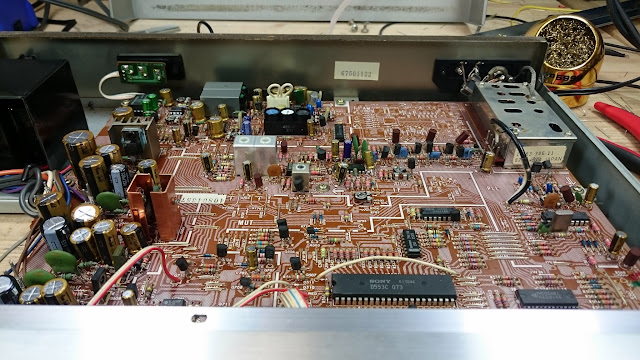 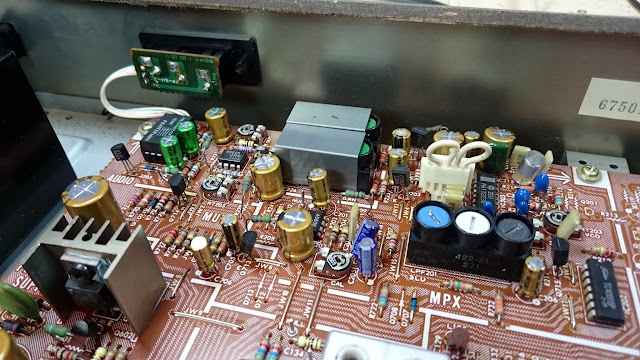 First power-up, it started pulling in some stations, but was fairly far out of adjustment. 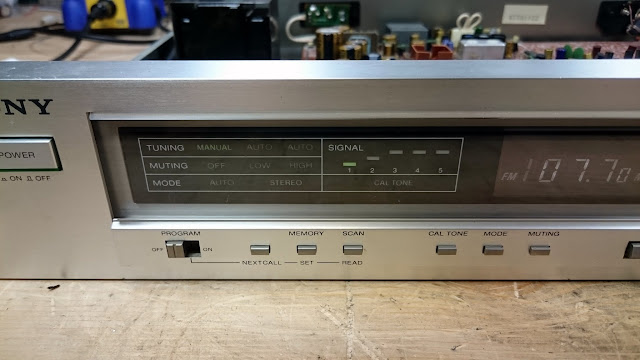 First up was setting the levels: 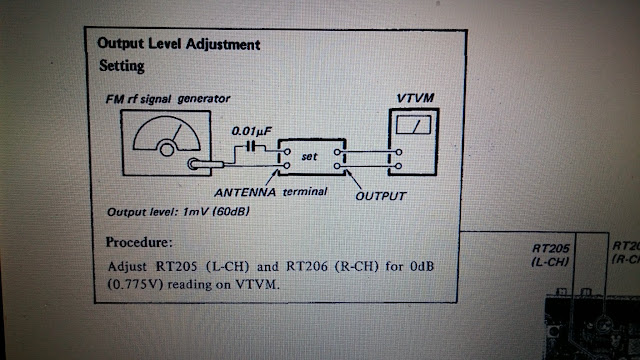 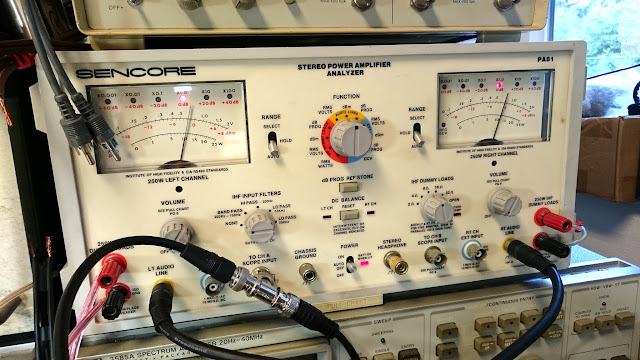 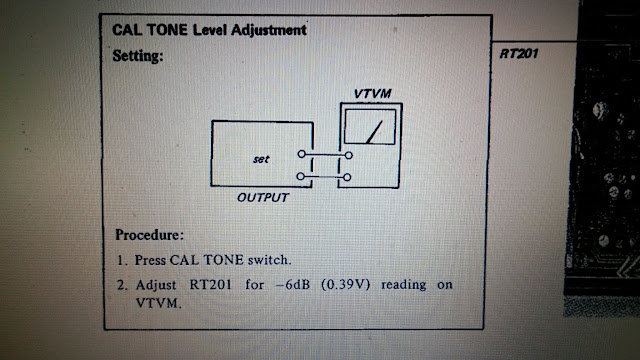 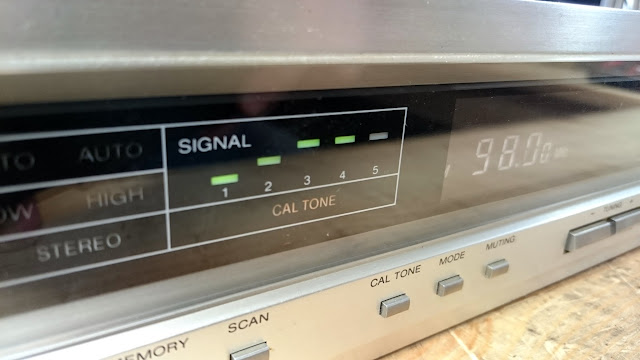 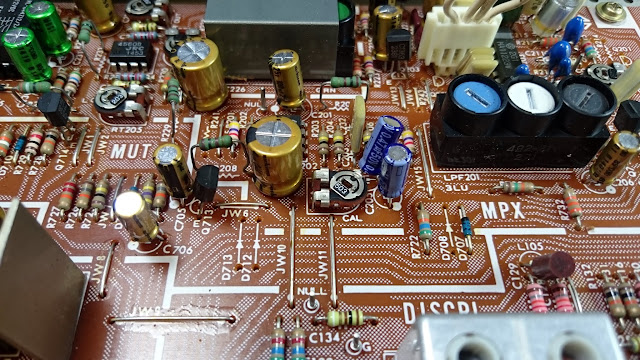 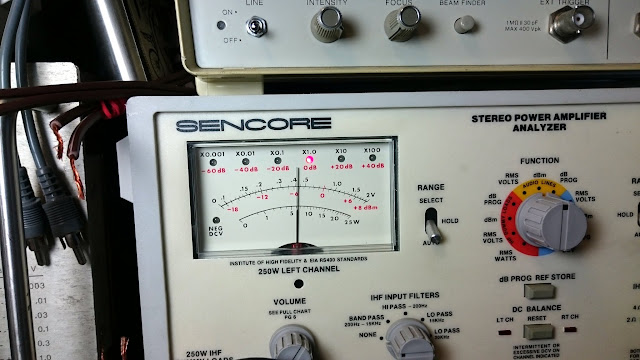 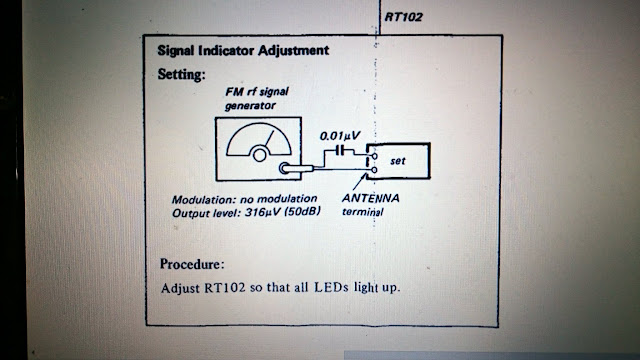 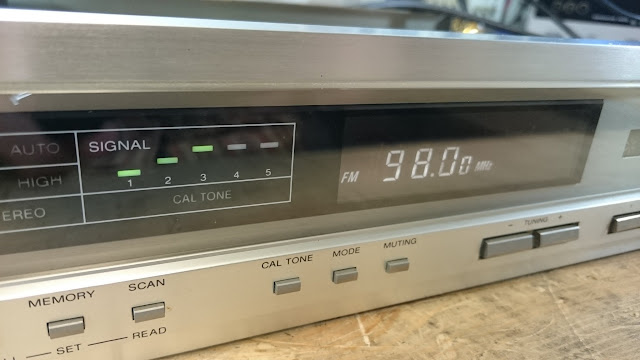 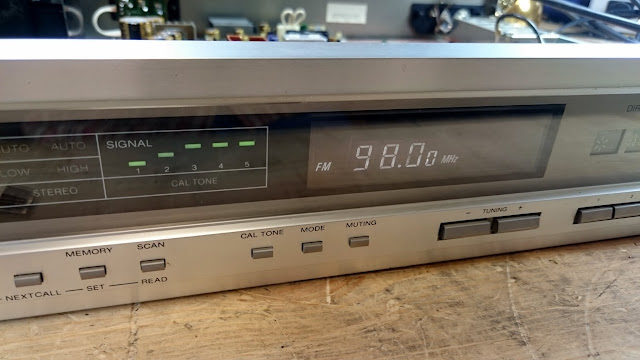 Next, to align the discriminator: 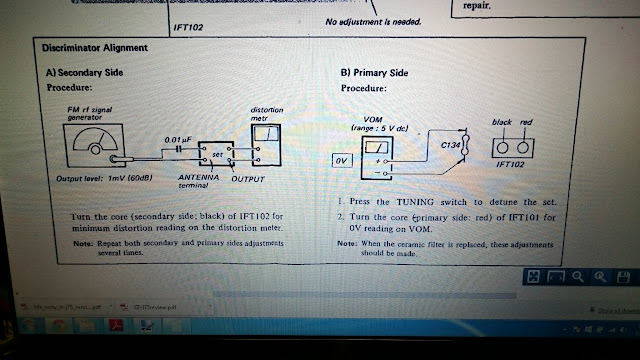 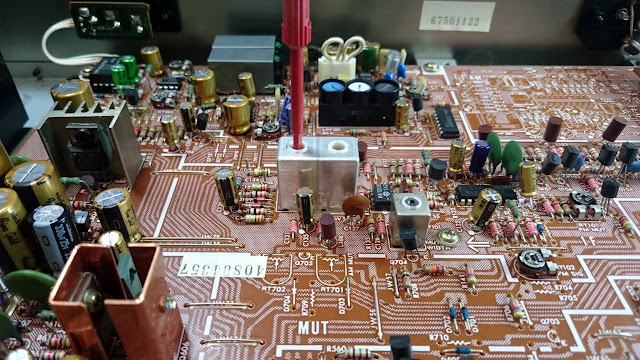 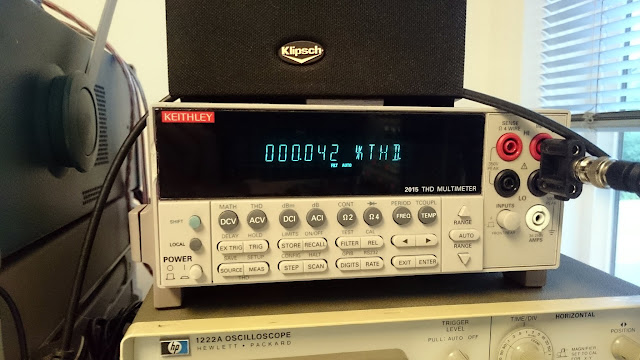 Adjusting stereo separation was next. 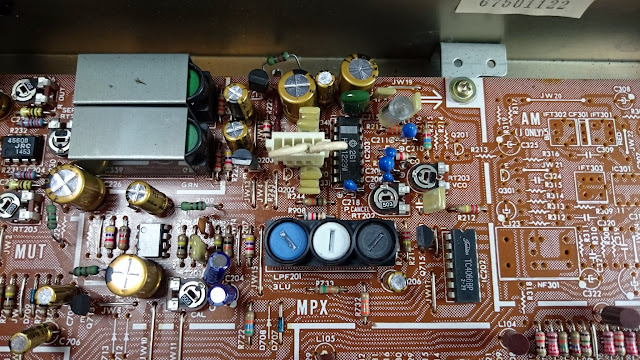 Using the SG80 and the PA81, I checked the existing stereo separation and found it to be approximately -40 dB; this figure is within spec and did not require further adjustment. 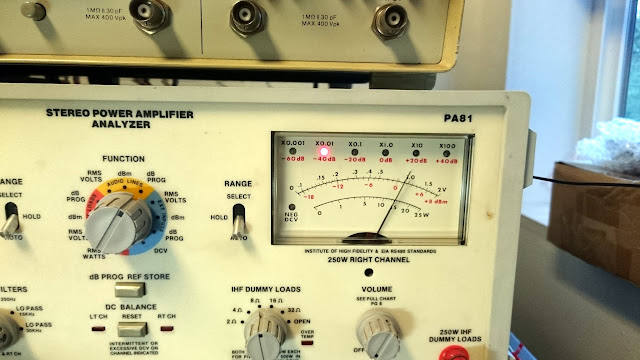 FM Stereo contains signal information up to about 17 kHz, then drops off to allow for separation of the 19 kHz stereo sub-carrier which contains the stereo coding on the sub-carrier. Because this 19 kHz is within range of the audio frequency, MPX decoders have a 19 kHz rejection trap which removes the remaining 19 kHz carrier from the audio, but leaves the decoded stereo information. This adjustment should be set for a minimum. The service manual procedure for this adjustment was somewhat complex and in fact I was not able to complete it the way the manual recommended.

Fortunately, though, Rain City Audio has considerably better test gear than what Sony imagined a stereo shop might have at the time, and using the HP 3585A spectrum analyzer I was able to see and adjust the 19 kHz peak correctly. 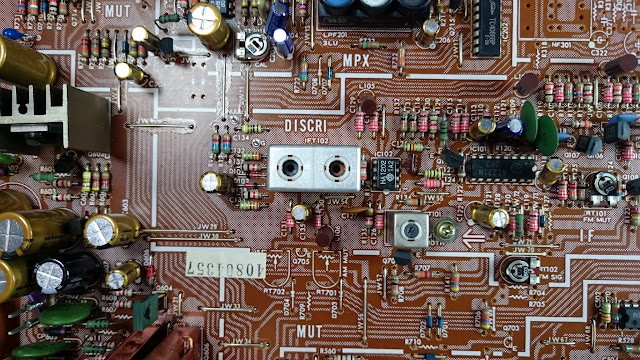 The 19 kHz peak is shown at this marker, below the prevailing signal level:

With that, all sealed back up! It sounds great in both mono and stereo now. 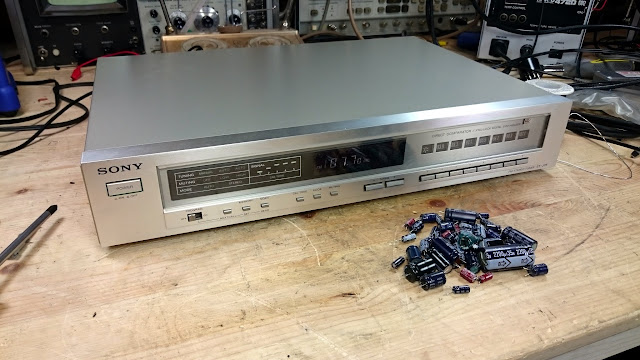