Matching the Harman-Kardon Citation 17S professional pre-amplifier shown previously, this Citation 12 Deluxe power amplifier is its 120W per channel companion. It came to the shop for a preventive rebuild after serving for quite a few years. The owner had the original service documentation, and a shop receipt from 2003 where the four primary filter capacitors were replaced. The previous shop did a good job, but by now the rest of the capacitors were starting to show their age and it was time for a rebuild before something bad went wrong. 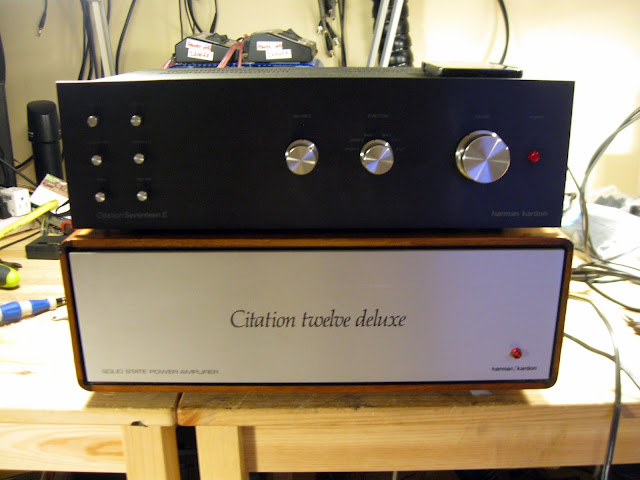 Following in the HK tradition, it’s very easy to service. There’s one PCB in the amplifier, with a multi-pin edge connector along the bottom. The entire board can be easily removed for service outside the chassis. New primary filter capacitors didn’t require any service, so this refurbishment focused just on the small capacitors on the amplifier PCB. 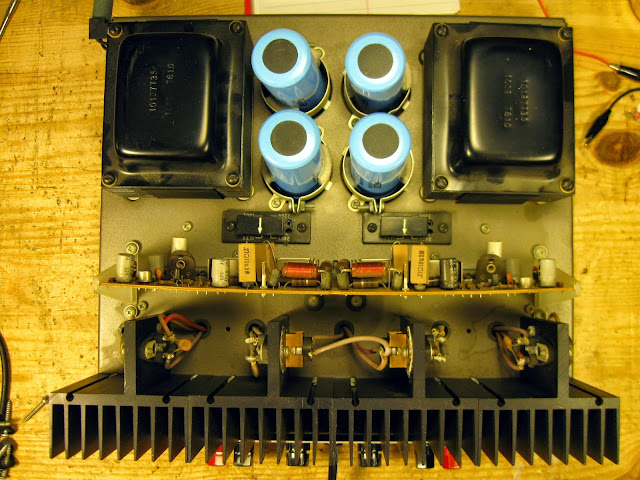 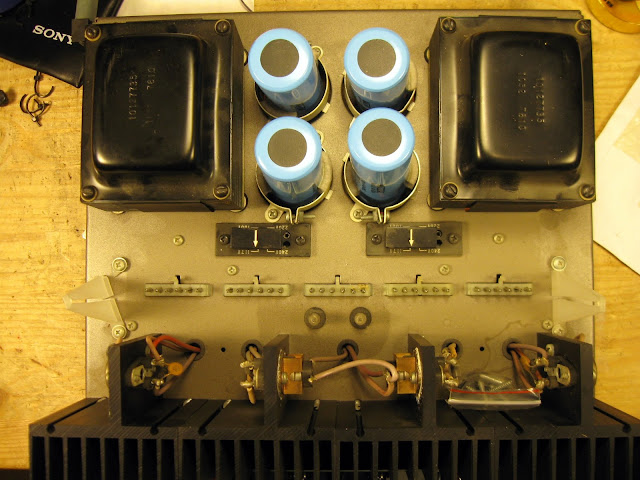 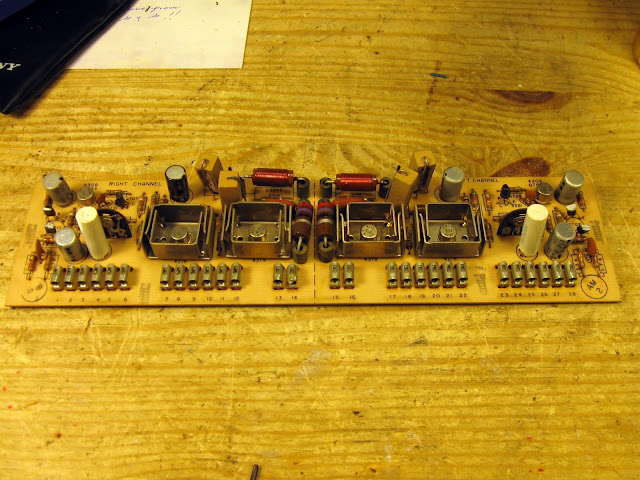 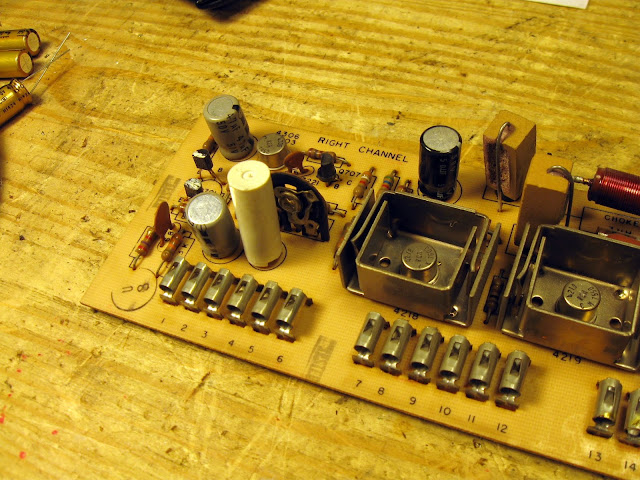 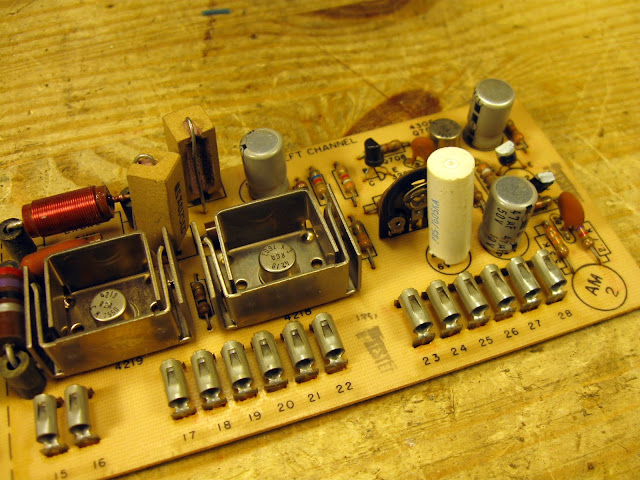 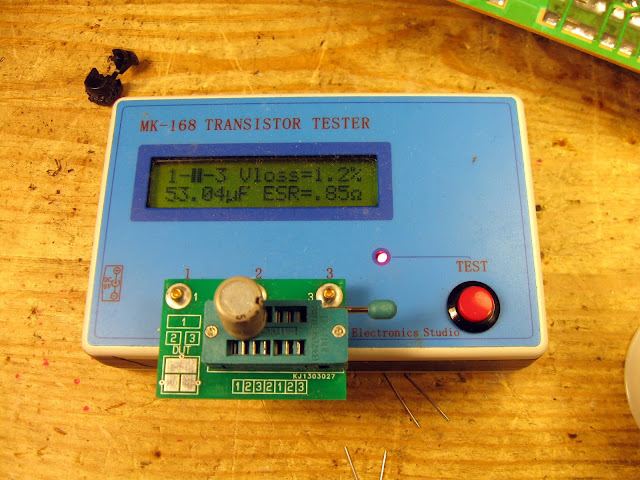 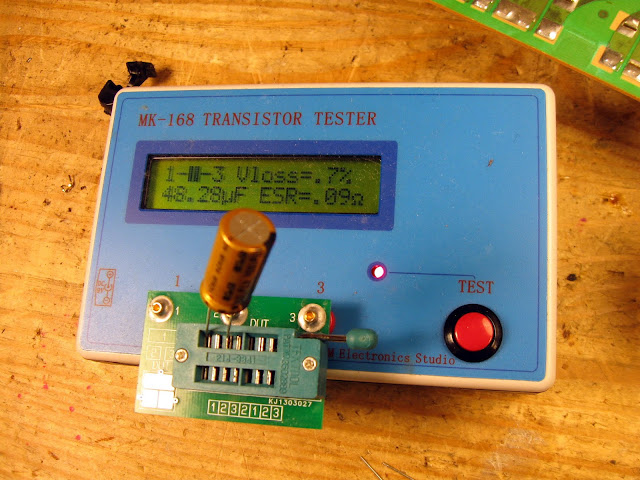 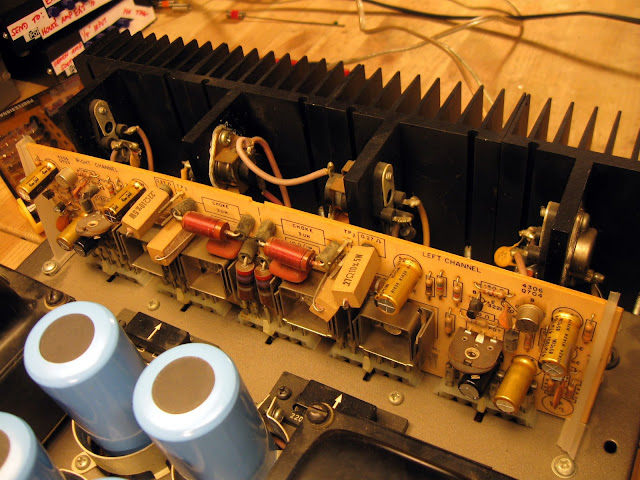 After component replacement, the bias at TP1-2, TP3-4 measured within spec, so it didn’t require any further adjustments. DC offset is pretty low, about 10 mV per channel, and does not have a separate adjustment. Extremely low distortion and great performance through its power bandwidth, too!

The enormous capacitors provide a ton of power. Both channels play for several seconds after power is removed, although the left channel goes on for longer than the right due to individual variations in the components that are being used. Back in it’s case, these two are the centerpiece of a fantastic and powerful vintage system that’s going to sound amazing for a long time to come. It’s crisp, neutral and accurate sound lets the amplifiers take a back seat to the source material and deliver great sonic performance.