A local customer approached me with his family’s Philco 40-201 vintage radio to be restored back to working condition. It had sat for several decades, very well preserved, but ultimately needed some service after the years. 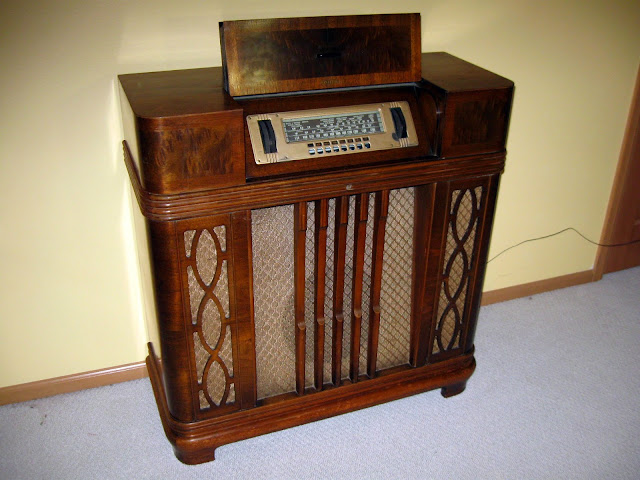 Very unfortunately, however, the original chassis had a bad case of the notorious Philco coil rot and while its audio section was fully intact and the power supply in good condition, the RF coils were rotted and couldn’t be repaired. Thus it was time to find another chassis to put into the opening. 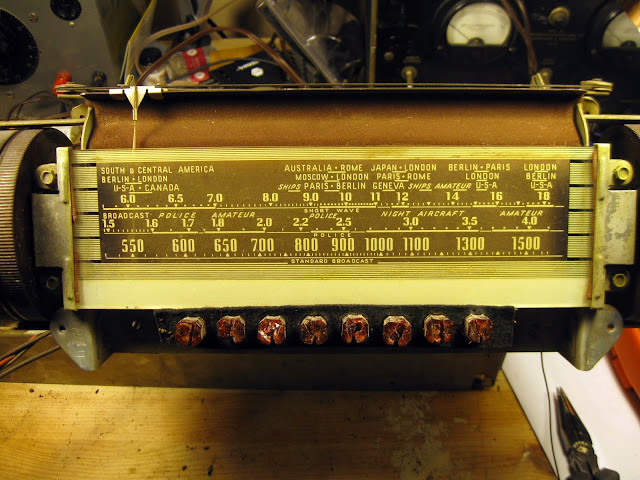 The oscillator coil, along with most of the RF coils, were the defective components on this one. This was a particularly insidious failure: the coils tested okay with a multimeter, but failed to oscillate due to green coil rot inside the windings, shorting turns together and killing the resonance. It took quite a few hours of diagnostics to narrow this down, since it was so subtle. 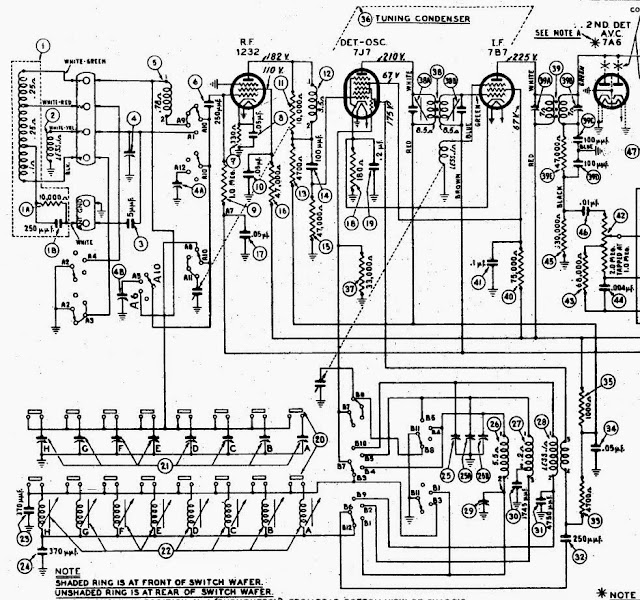 There are several chassis that will fit the opening, but the one I happened to find was from a Philco 39-45. They’re identically shaped, have the same dial scale, but some circuit differences. While the 40-201 uses primarily loctal tubes with the exception of the rectifier and #42 power output tubes, the 39-45 uses a mixture of octal and pre-octal tubes. The 39-45 uses a three-gang tuner and a tuned RF amplifier stage, which actually makes it a bit better of a performer than the 40-201.

The replacement chassis came partially recapped and verified working; I replaced the remainder of the capacitors and did an alignment. 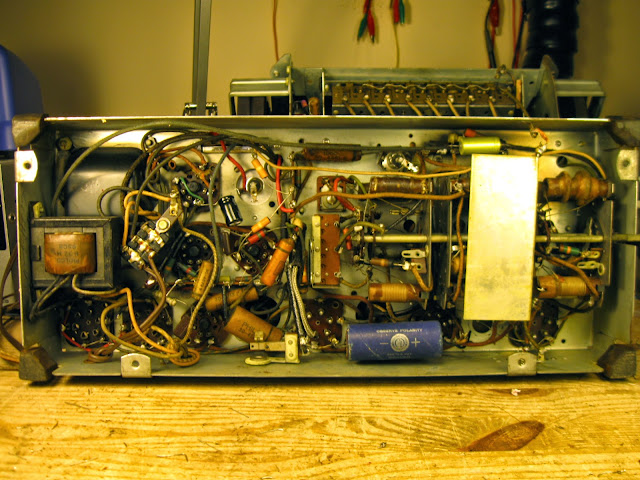 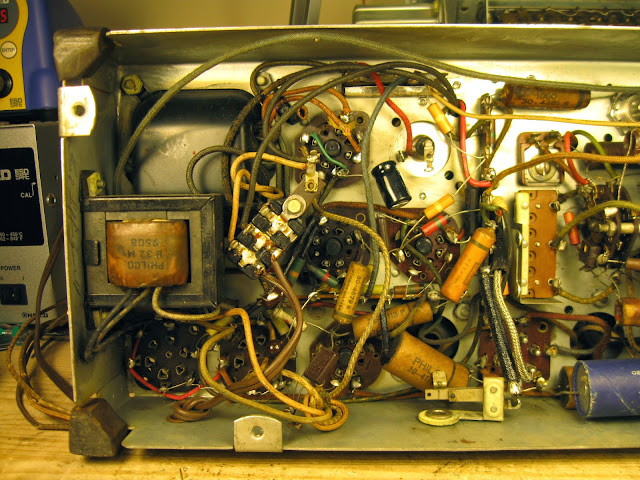 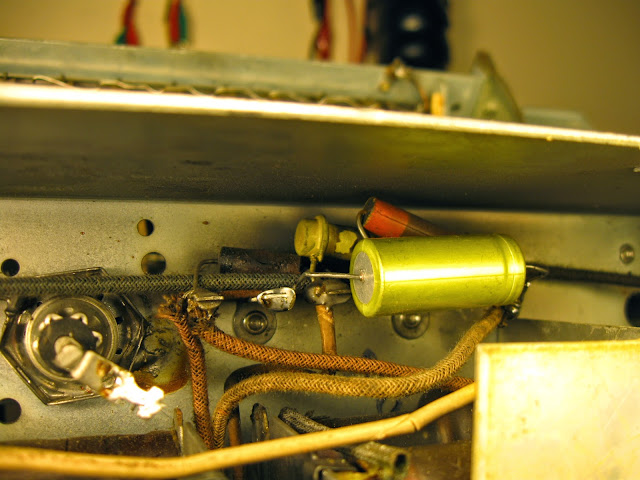 Finally, it was time for an alignment. It peaked up pretty close. 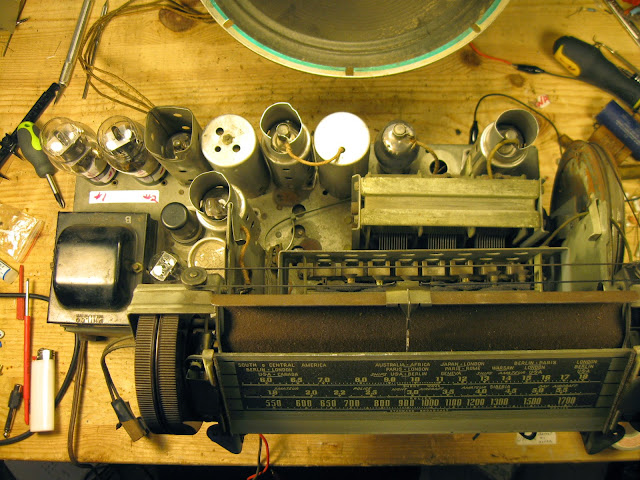 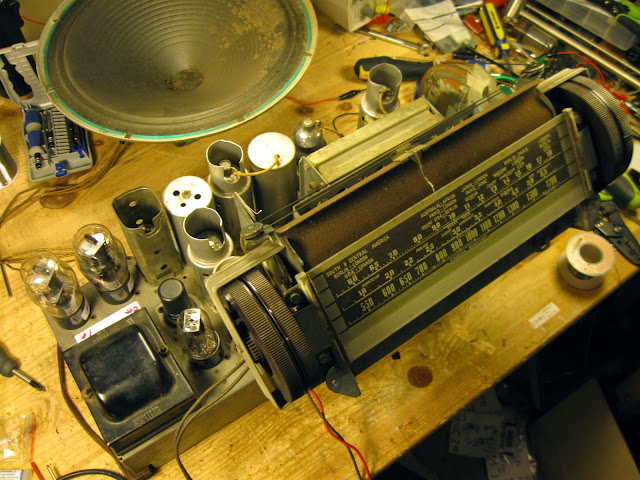 Finally, back in the case!

On the first trial run, it sounded fantastic – picking up AM stations across the dial, and very surprisingly about a half-dozen shortwave stations in Arabic, Spanish, English, and several other unidentifiable languages. It’s going to be a great performer – and a wonderful family heirloom – for a long time to come.