Sherwood made some excellent hi-fi FM tuners back in the day, and this S2000-III is no exception. Unfortunately, there’s not a lot of documentation about this model available, but that didn’t stop it from getting an overhaul and alignment. 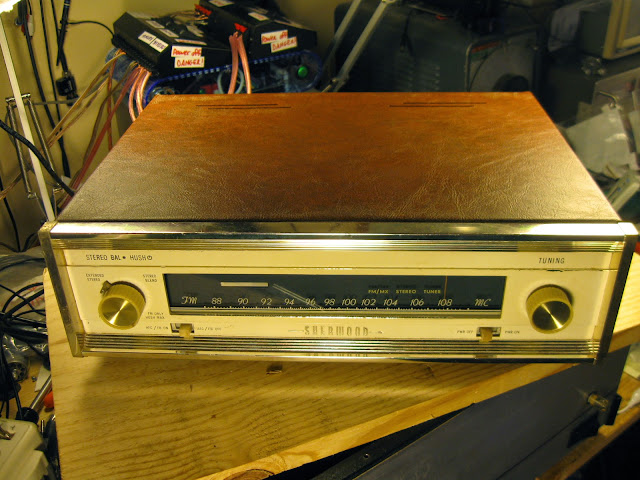 The Sherwood is marked like it’s a stereo tuner, but the stereo de-multiplexer is an add-on module on an optional separate sub-chassis which was either removed, or never fitted, to this particular model. As a result, most of the front-panel options for various stereo and blend settings don’t operate. 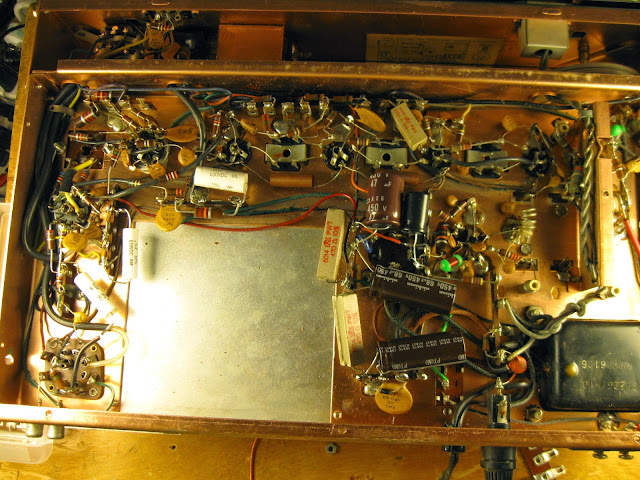 Most of the capacitors were ceramic but several bad paper-mylar capacitors were installed, contributing to its poor performance. The large metal plate is where the sub-chassis for MPX reception would be fitted, plugging into an octal socket above the chassis – but it’s missing, so this tuner will only receive mono. 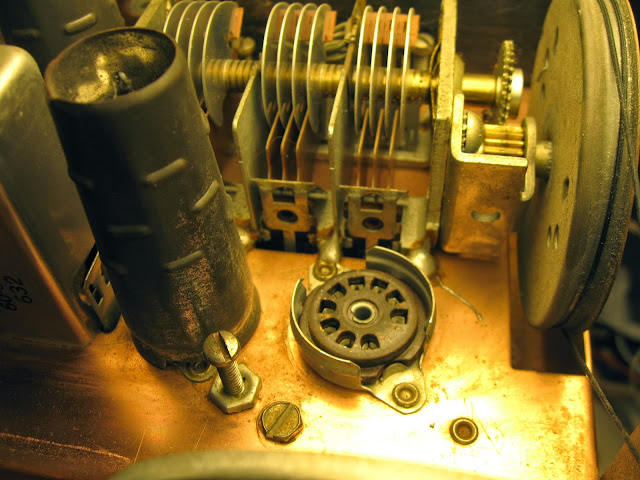 In addition, the 6BZ7 tube, used as a cascode RF amplifier, was defective with an intermittent heater; it needed to be replaced. After sorting the tubes and capacitors which were keeping it from running at all, I proceeded on to the alignment, coupling my signal generator to the distortion analyzer and using the 300 Ohm antenna connection. It was definitely out of spec: 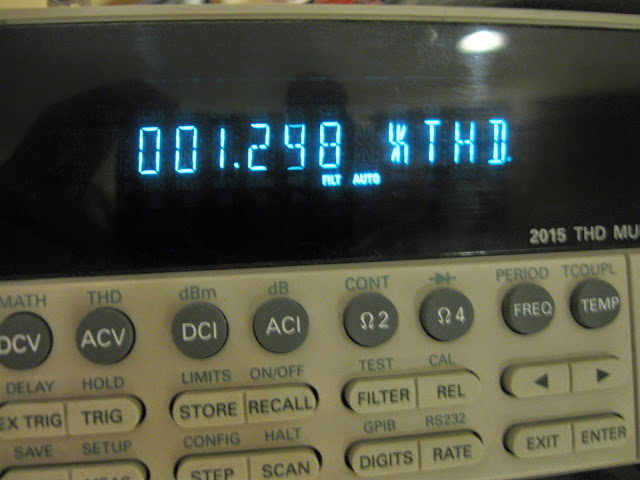 Alignment was fairly straightforward. First, I tuned up the oscillator to bring the dial into alignment, then adjusted the RF amplifier for strongest signal and lowest distortion. Re-tuning the RF amplifier significantly improved performance, but it had a ways to go still: 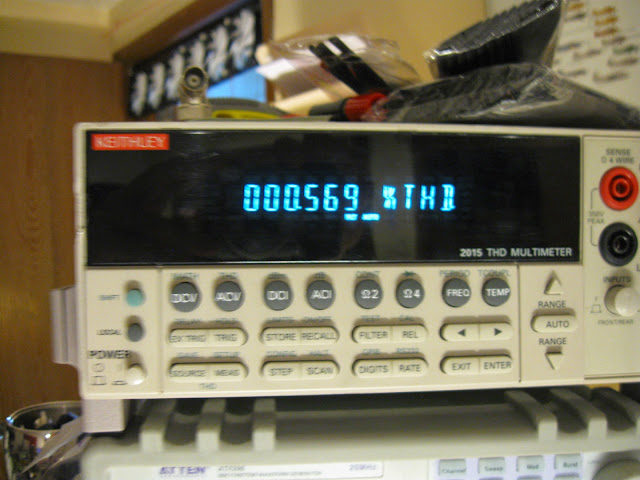 Finally, adjusting the IF chain from back to front for the point of lowest distortion at each stage really cleaned it up. 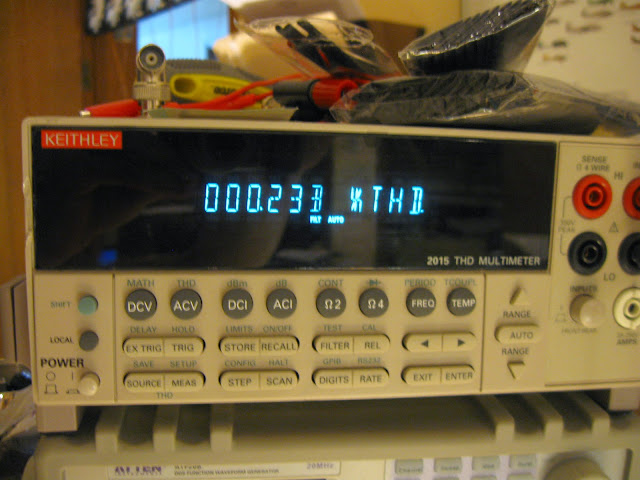 There we go! Much better. Most alignments can be completed, even without factory instructions, by aligning for lowest distortion with a distortion analyzer. 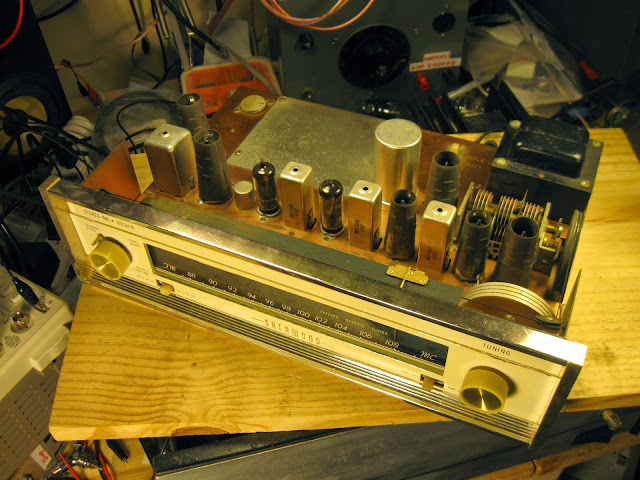 Fresh tubes, fresh capacitors and an alignment have this tuner performing very well. It’s going to be great for a long time, too.