From the late ’50s, I had this nice example of an EICO HF-81 amplifier come through my shop. These are nice little stereo amplifiers with a built-in phono pre-amp and RIAA equalization and feature about 14W of power output per channel from a pair of push-pull EL84s each at about 1% distortion. 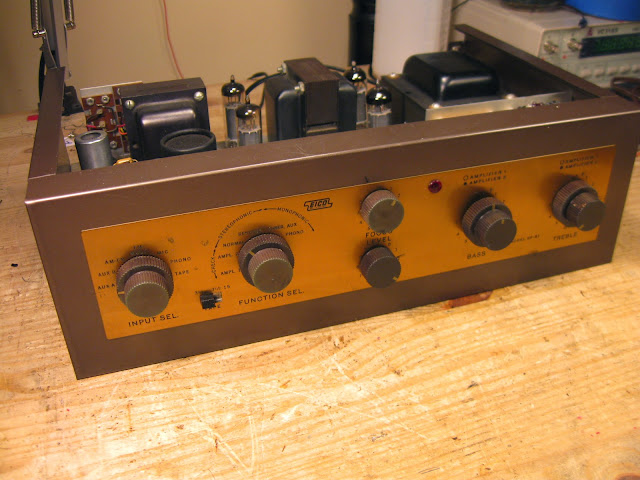 EICO was a popular brand of electronics kit maker back in the day. They made a lot of hobbyist or entry level shop test equipment (oscilloscopes, generators and testers) but had a handful of hi-fi stereo kits as hi-fi listening grew more and more popular. The fact they were assembled as kits makes them pretty straightforward to service, too – the layout is clean and there’s a lot of room on the chassis. It had been worked on a few times in the past – several coupling capacitors were replaced with early film caps in what looks to be the late ’60s/early ’70s. Just recently, the owner reported it was giving noise from one channel and took it to another local shop where the technician replaced a 50 uF capacitor (orange, bottom left) with a 100 uF cap that looks to me like it was probably an old-stock capacitor (blue, bottom left.) They’d clipped the old cap out of circuit but left its shell intact; not exactly what I’d call a best practice. More problems started cropping up shortly thereafter as the rest of the original capacitors degraded, so it came to me for an overhaul. After replacing the parts, there was still noise,  distortion, and lower volume on one channel seen on the oscilloscope screen in yellow. Tracing through the circuit, it turns out the CRL couplets in the tone network were failing. 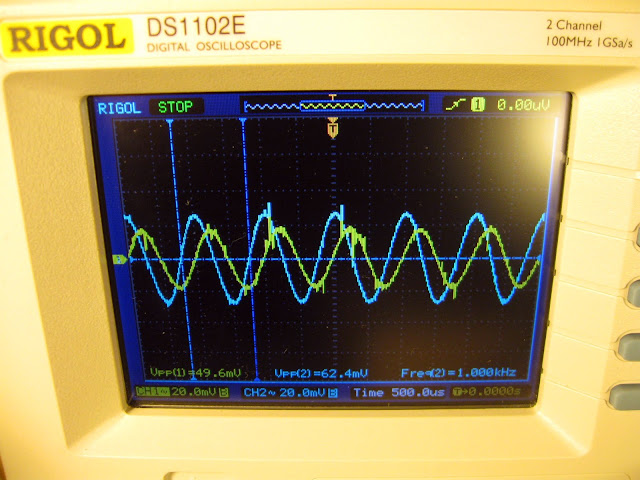 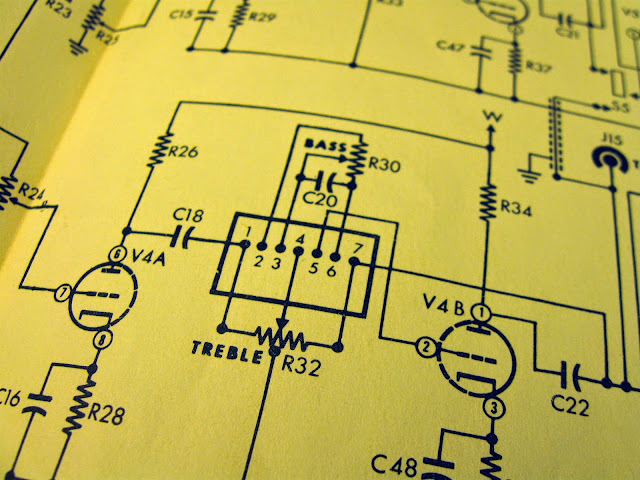 I fabricated new PCBs with the same values to replace the damaged parts and mounted them to the shield. 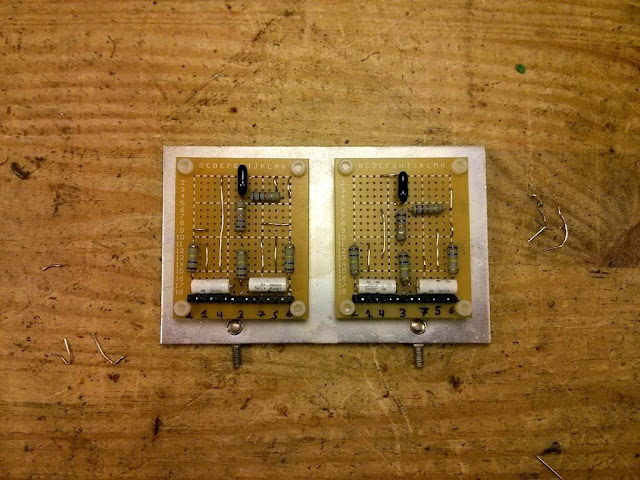 That fixed the problem right up! After some final tweaks and a burn-in test, she’s ready to go home. Lots of parts out of this one: 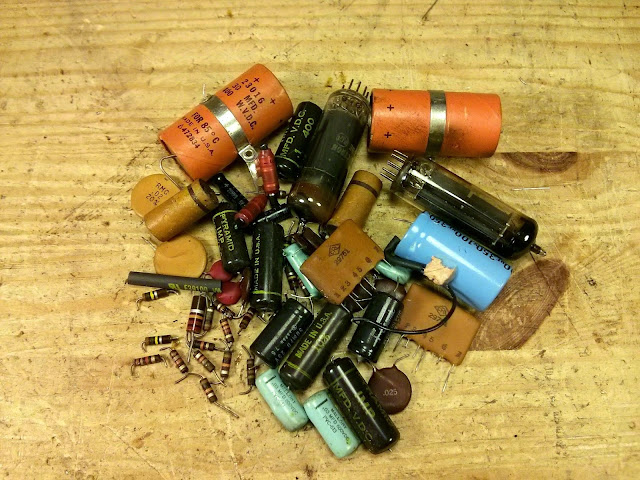 It’s going to sound great for years to come! 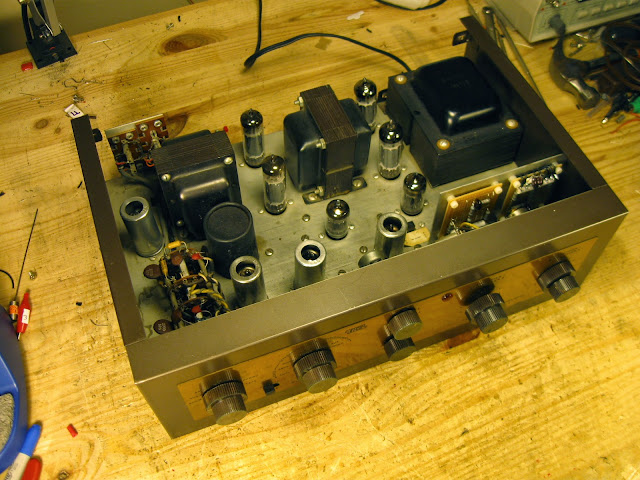