Bose® 901 Series IV Active Equalizers are getting up there in years now, too, so more and more are coming up for repair. This one came in with a flickering power supply in need of an overhaul. 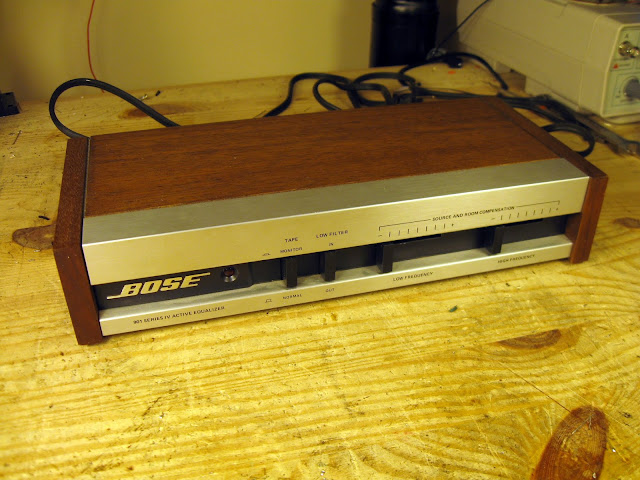 Series IV was the first model to switch over to using op-amp ICs instead of discrete transistors for each gain stage, and used higher quality film capacitors that don’t degrade like the dipped mylar ones on the earliest Series I and Series II equalizers. Depending where in the production run you are, these might be soldered or socketed, RC4558s or TL072s. Bose specified both interchangably. 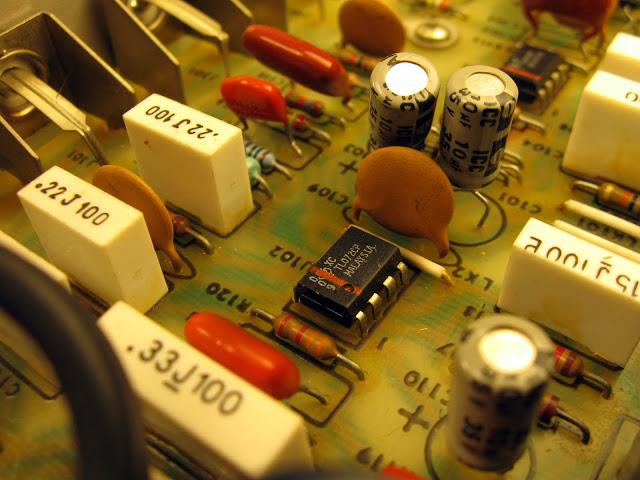 These early op-amps do start to go bad and get noisy, so they’re replaced as a matter of course along with the electrolytic capacitors. In this case, they’re soldered in, but nothing the desoldering tool can’t take care of. 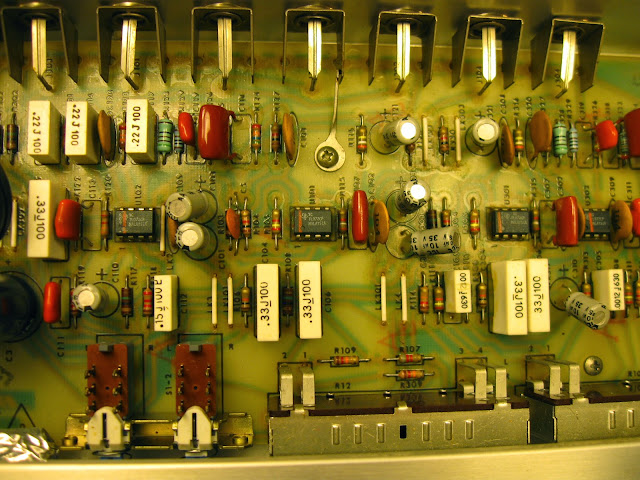 This one is getting all new capacitors, including audiophile grade film capacitors for the final output caps to minimize distortion and increase clarity. The rest of the caps were all replaced with Nichicon Fine Gold audiophile electrolytic caps, too, so this is a major upgrade in capacitor quality. 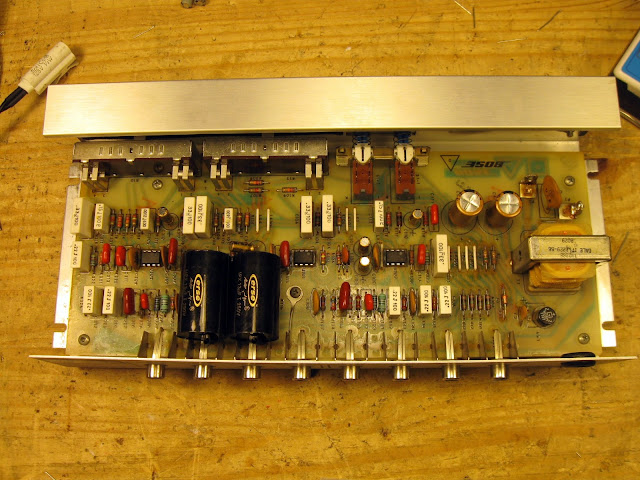 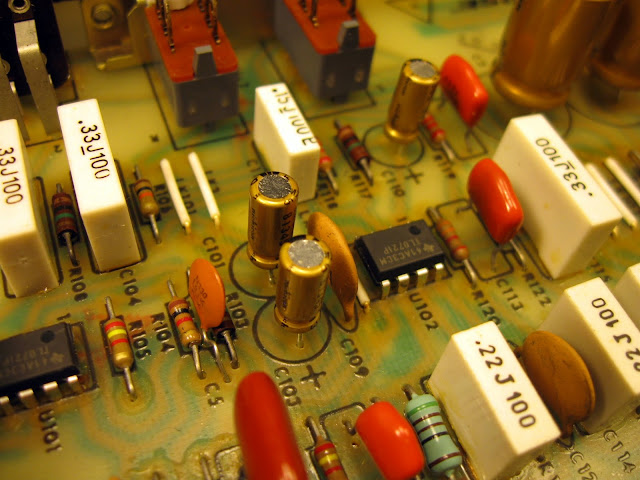 In conclusion, this one cleaned up very nicely. Most Series IV and earlier Active Equalizers could benefit from service these days due to their age, this one received major upgrades and should sound much cleaner even than when it was new. 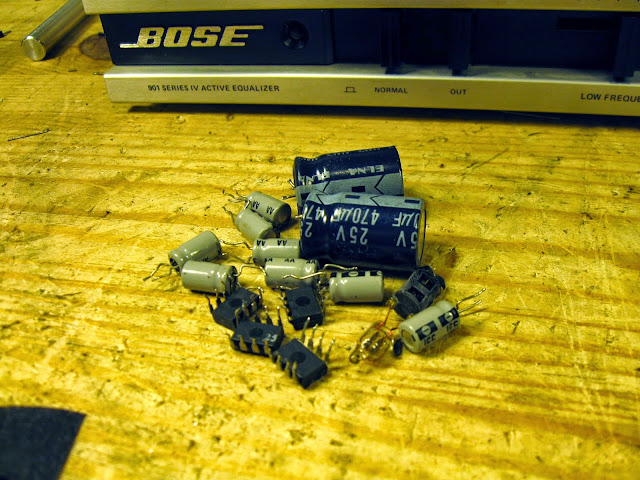 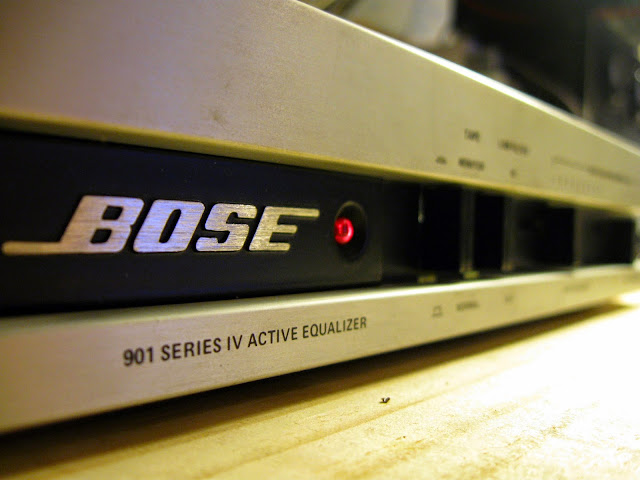