I recently had a chance to repair another Bose 901 Series 1 equalizer. This makes quite a few of these that I’ve written up on here. One of my favorite things about seeing copies of the same model is getting to pick out the individual variations that happened in the production run and any repairs that have happened over the years, and this one is no different. 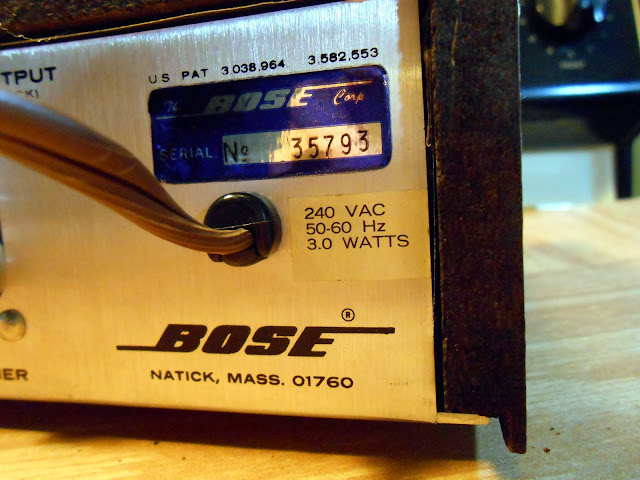 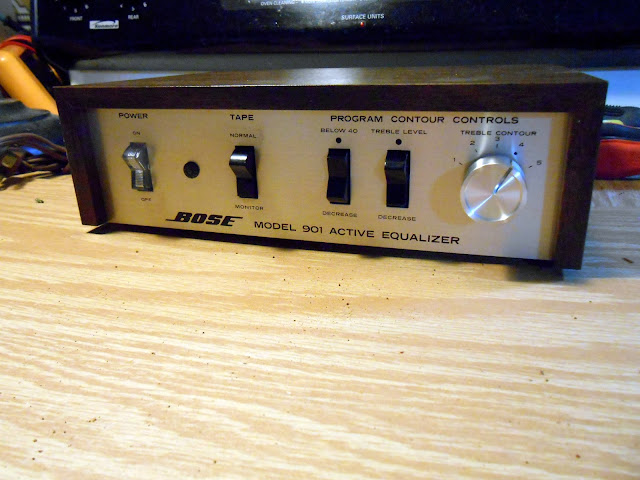 This one is new to my bench, it’s a 240V model! I haven’t had this one across my bench before – but the circuitry is identical except for the addition of a single extra resistor. Fortunately, I’m equipped for that! 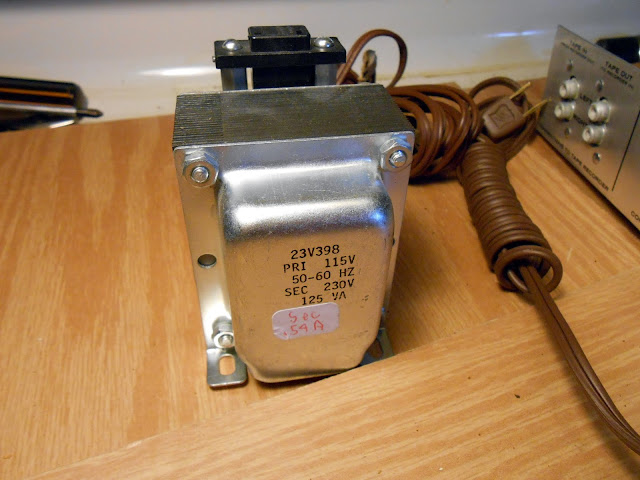 This one looks like it’s in great shape except for a tiny corner that’s cracked but not yet separated. 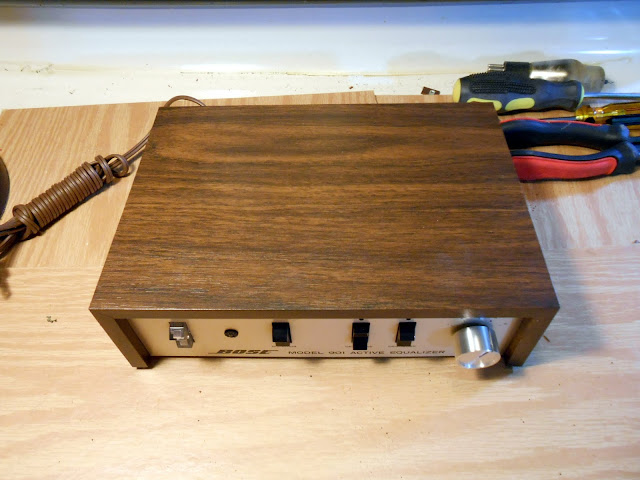 It’s an incredibly simple switch. A 3W resistor dissipating about half that amount in series with the AC and the transformer, dropping the line voltage to 110V and feeding the standard circuit. It doesn’t look like this model has been repaired. 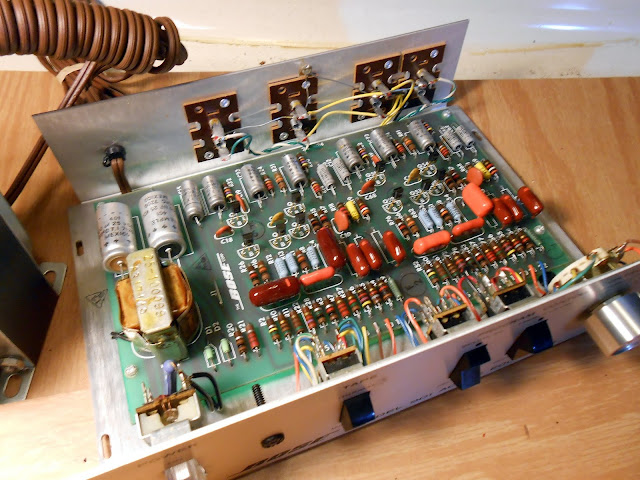 Capacitor replacements went according to plan, although one set of capacitors ended up being defective from the factory so I ordered a different set. Shown below are the good replacement filters. 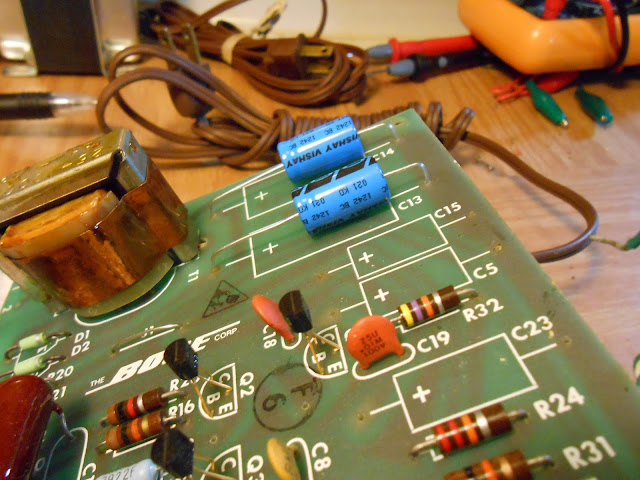 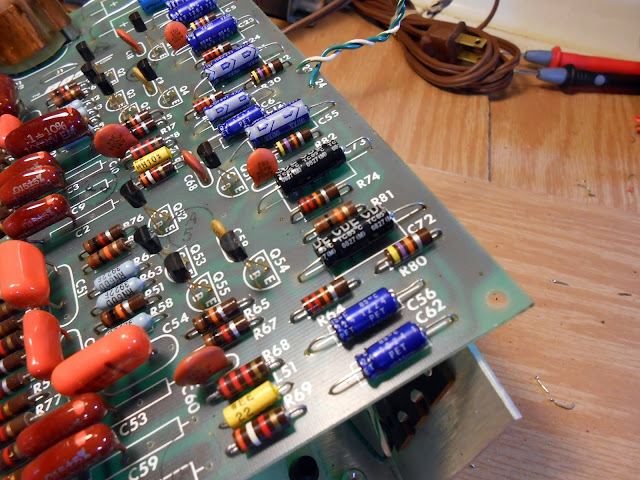 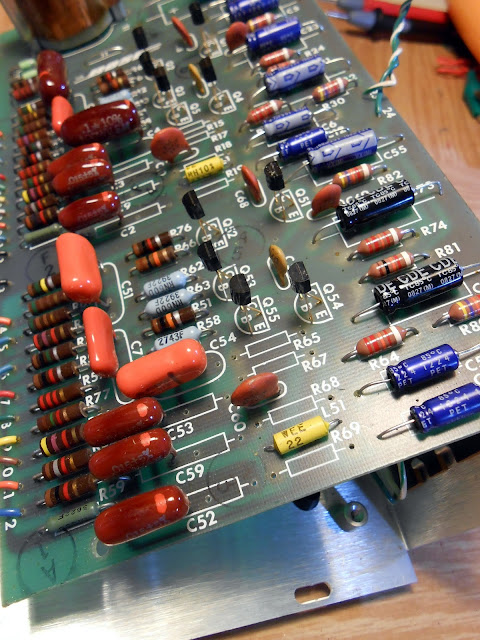 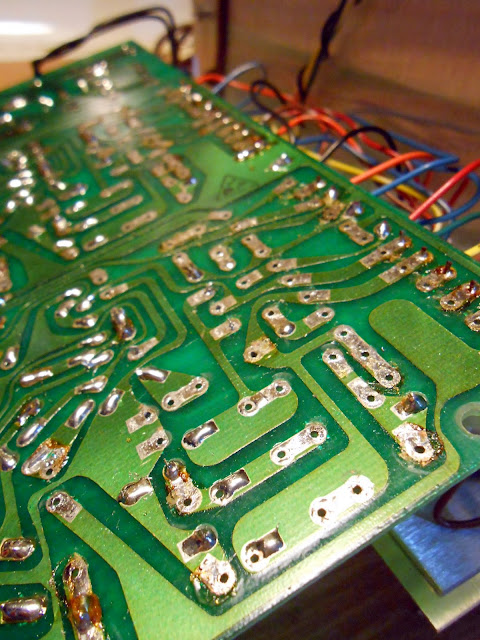 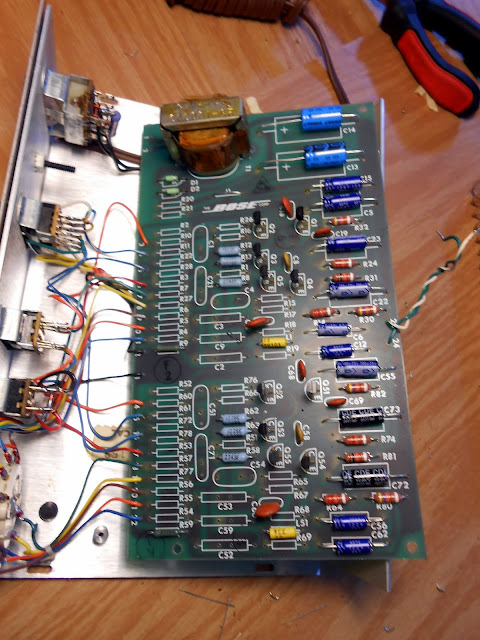 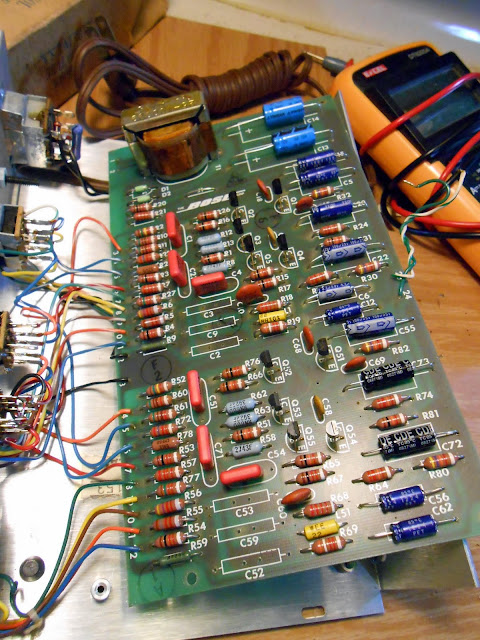 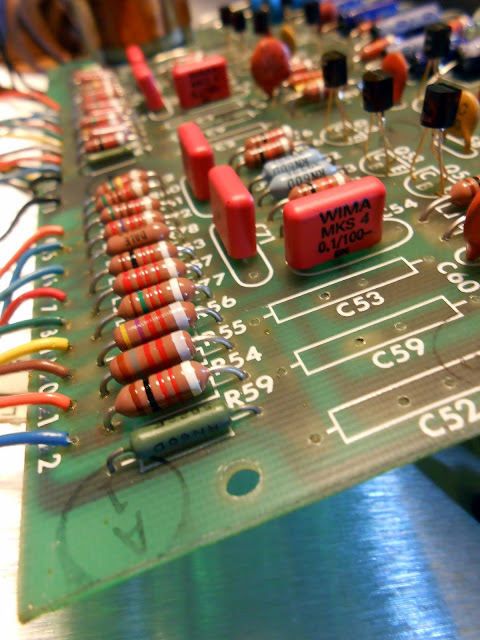 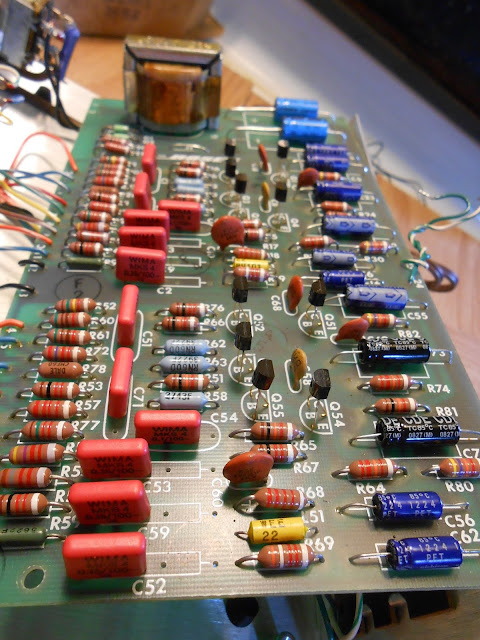 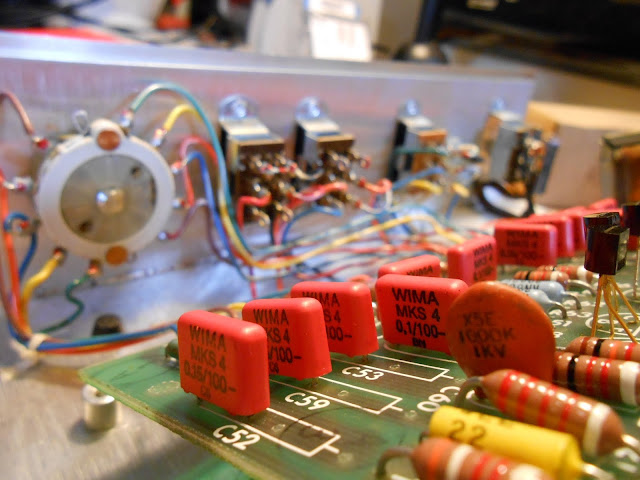 All replaced! Precision 2% tolerance resistors, German-manufactured film capacitors, and modern replacement electrolytic capacitors. This equalizer powered right up and sounded great on every setting immediately with no further troubleshooting required. 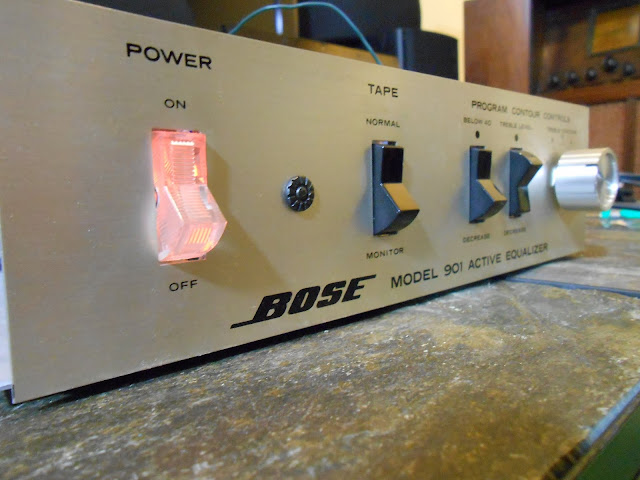 Quite a few parts were replaced during this process. 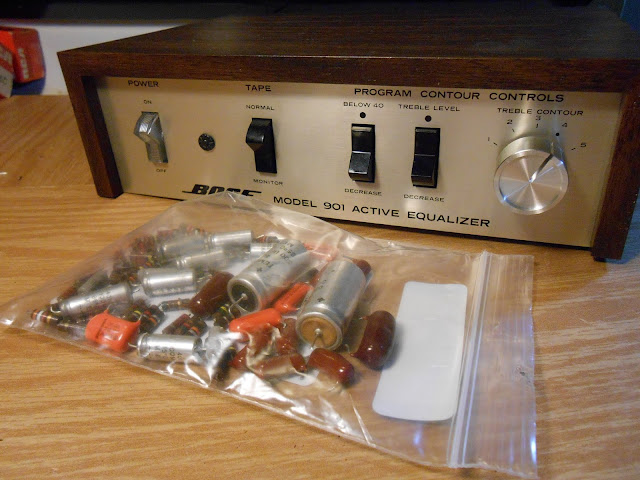 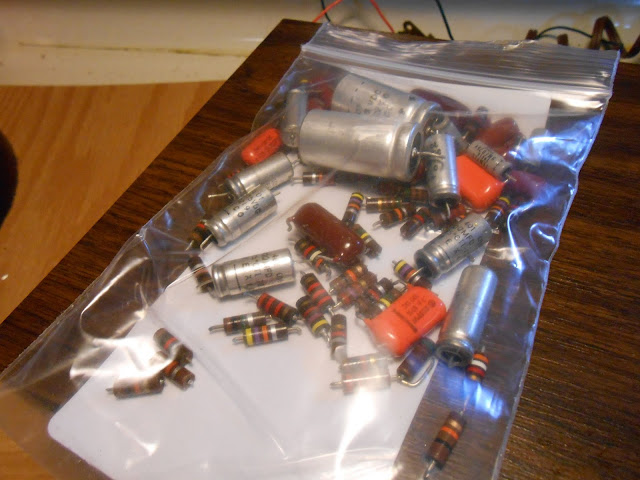 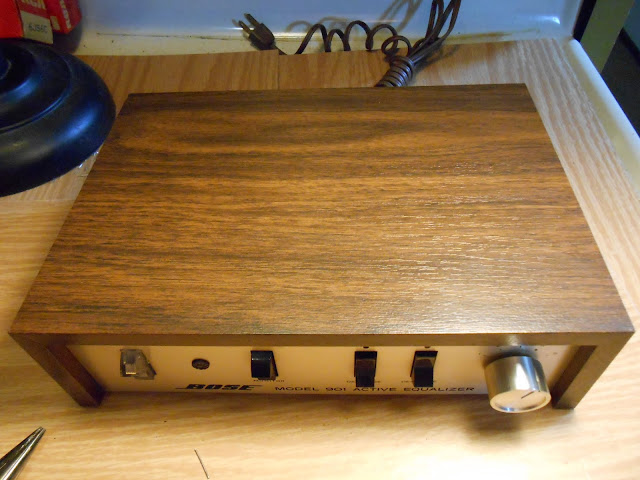 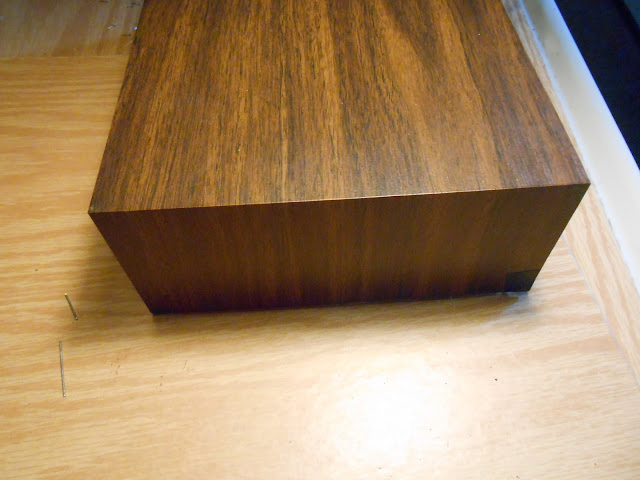 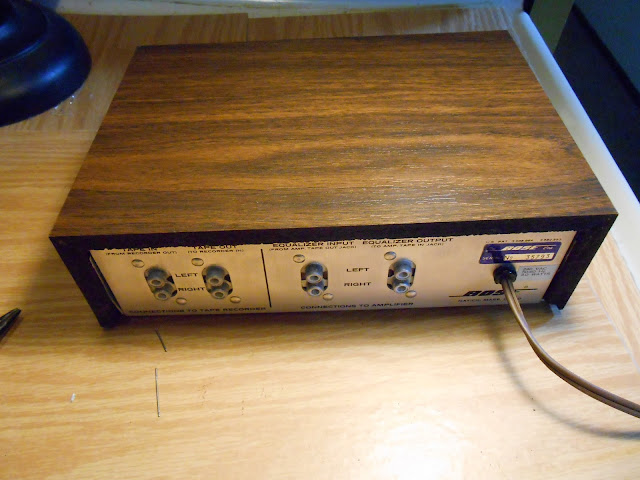 (If you need yours repaired, I can help. If you’re looking for a parts kit to fix your own, I can offer that too!)