I finally had a free day with no major commitments and was able to finally get some work done on my projects – it’s been a productive day.

I picked up this nice example of a Grunow 588 “Teledial” radio from the General Household Utilities Co. a few weeks ago and finally got a chance to work on it after a busy month. It’s a nice little five-tube radio that shares a lot in common with the Grunow 589s I’ve serviced in the past. It has a very nice original finish, original knobs, pointer and dial cover in good condition although covered in bits of packing material. 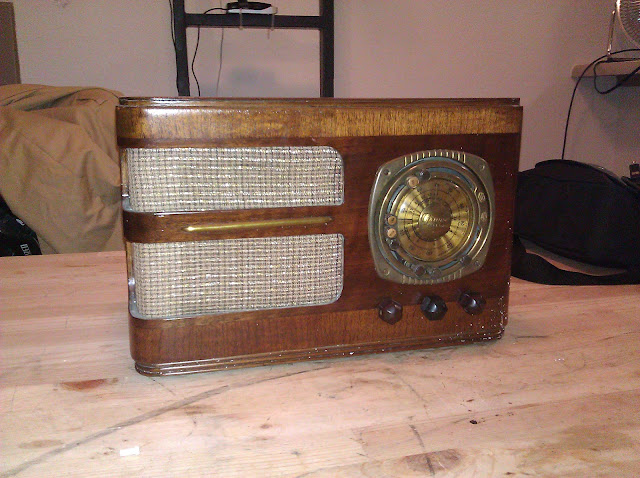 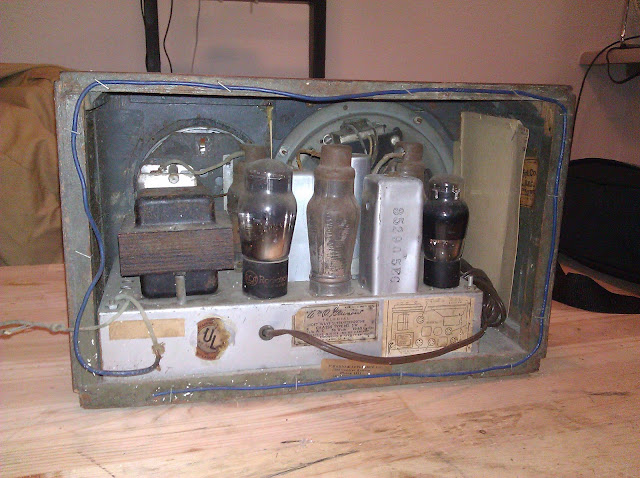 The labels are in good condition for the most part: 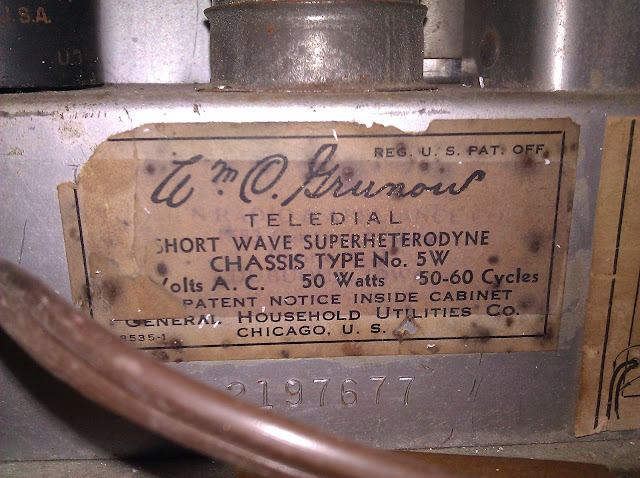 The radio has all the tubes and shields intact. I tested the tubes and found 4/5 of them to be good, and the #75 tube had a good triode section but one marginal and one weak diode. I grabbed a NOS #75 from my stock but am keeping the used one as it probably has enough life left to be a bench sub. 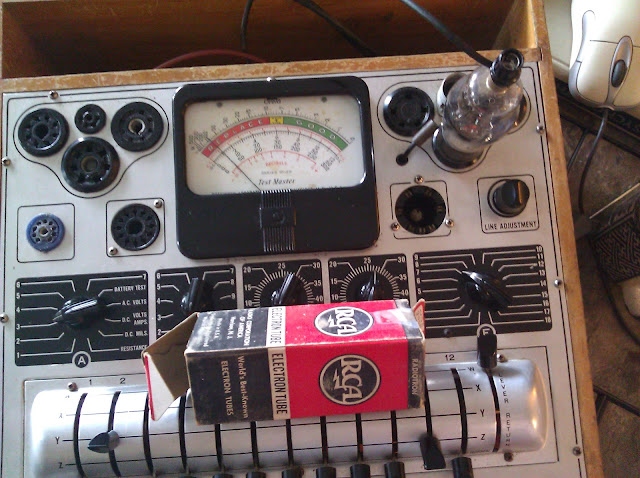 The chassis is a little dirty but has been stored well for the most part, not much rust and no evidence of critters. 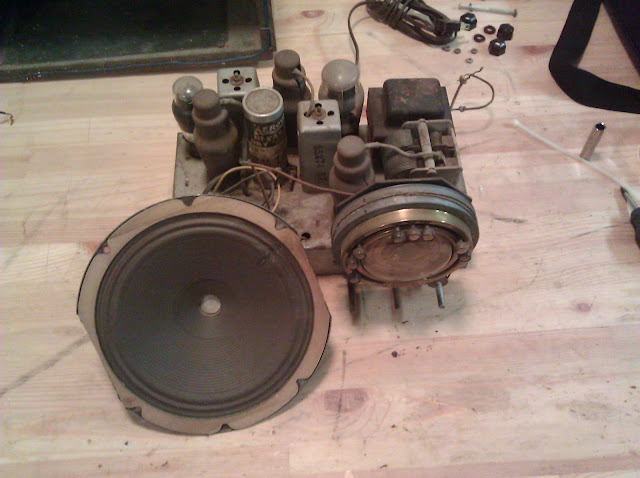 It’s been repaired a few times in the past. There are some ’40s, ’50s, ’60s and a ’90s capacitor present and a few different style resistors. 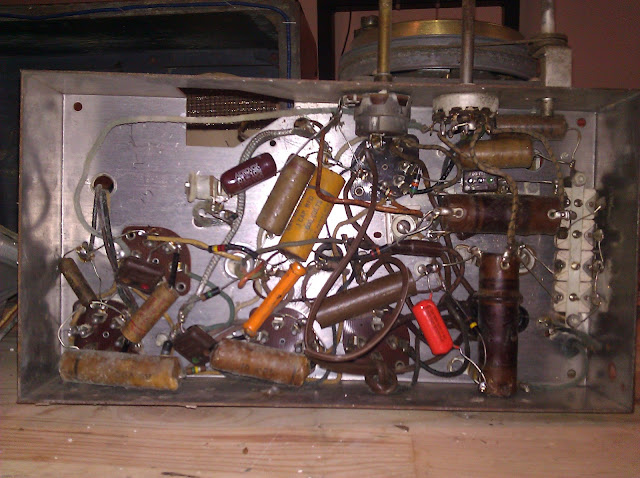 I tested the coils and found everything to be good, fortunately, so it was right onto replacing caps and checking resistors. Most of the resistors needed replaced as did all the caps. 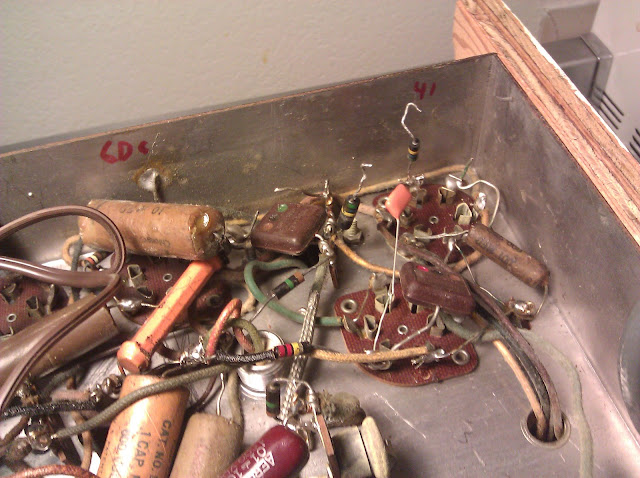 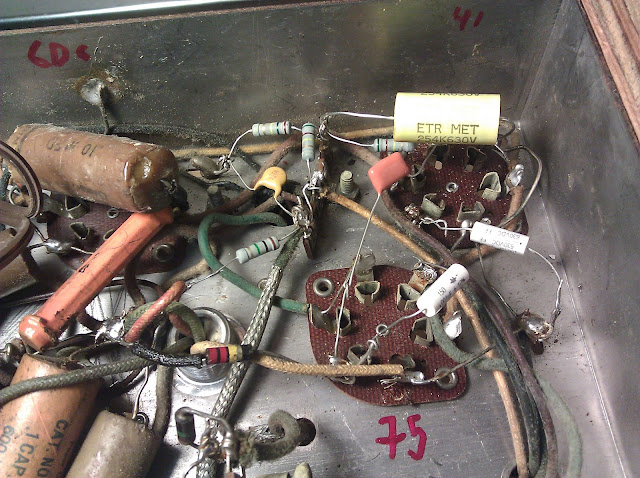 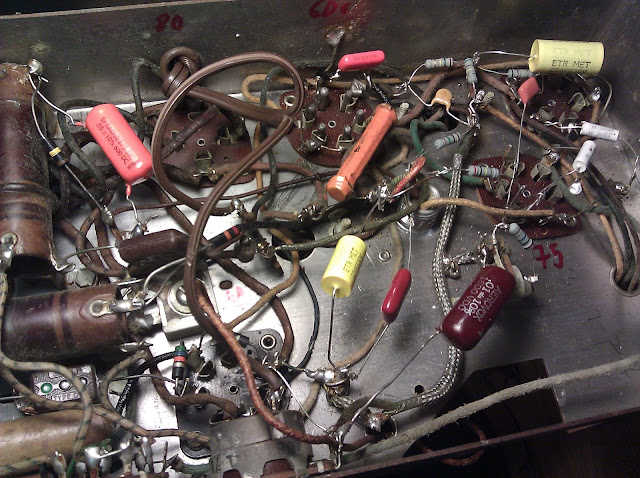 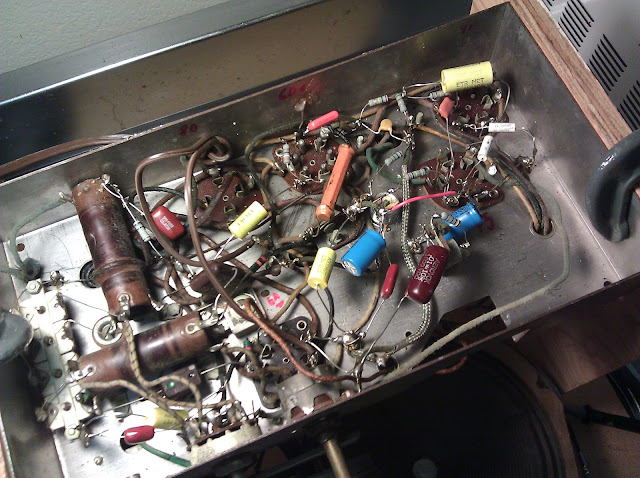 I replaced all the paper and wax capacitors, and the 8×8 electrolytic with two 10uF discrete caps. I also eliminated the bias cell and associated 1M resistor and replaced them both with a single 10M resistor to provide bias. Bias cells were only needed for a couple of years, it wasn’t long before engineers figured out how to eliminate them. 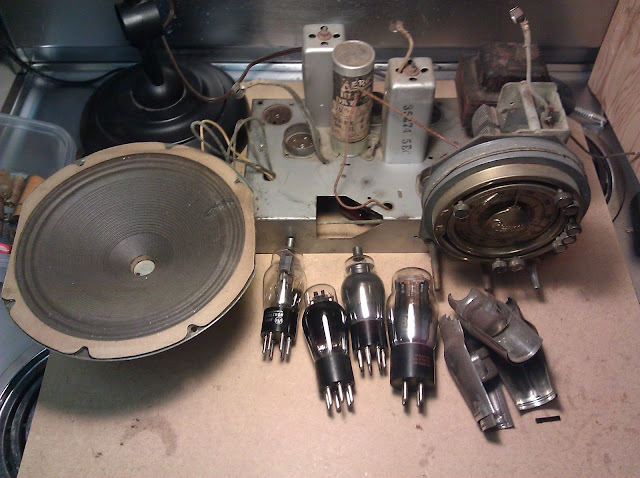 Back upside down for some final voltage checks from the bottom: 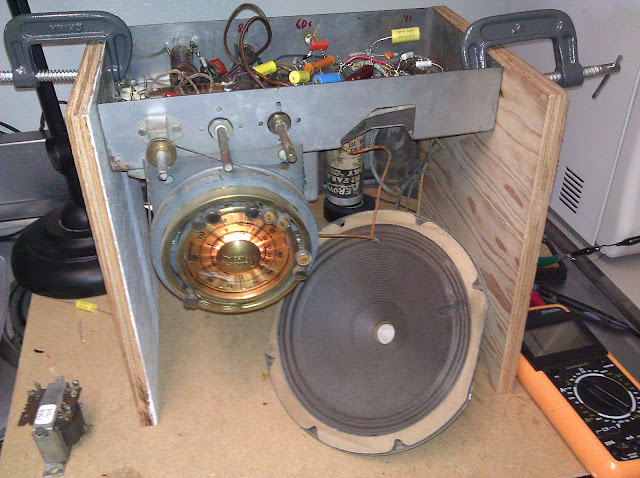 Now, time for alignment! For IF, I used the signal generator at 465KHz; for the oscillator adjustments I used known frequency stations at either end of the dial as it’s a bit faster that way. It was fairly out of alignment – I’d say I probably doubled the gain through the IF, and the RF was way off: 880 was coming in about 930! I was using a shorter antenna so didn’t pick much up on shortwave, but that’s to be expected.

Now, to put it all back in the cabinet! 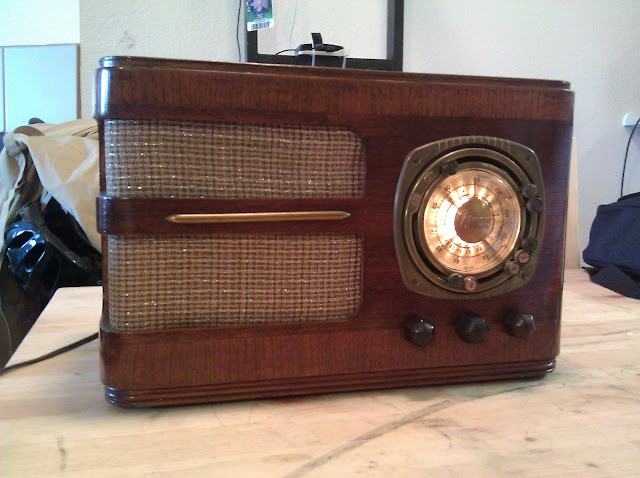 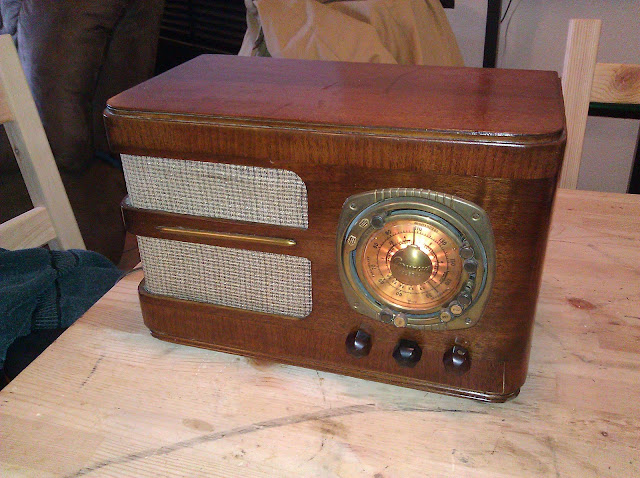 This one was fun. These Grunow radios are easy to work on, have straightforward but well built circuit designs, and come in interesting styles. This Teledial table radio is unique for the era and it looks great on my shelf.

Feel free to write in or leave comments with questions!