Part of a continuing series that is now finished – see the previous installments:

After a brief delay while I waited on parts from my supplier, I’m finally set to finish up the GE LF-116 that I’ve been working on this month. It’s going to be returned to my office in playing shape very soon! 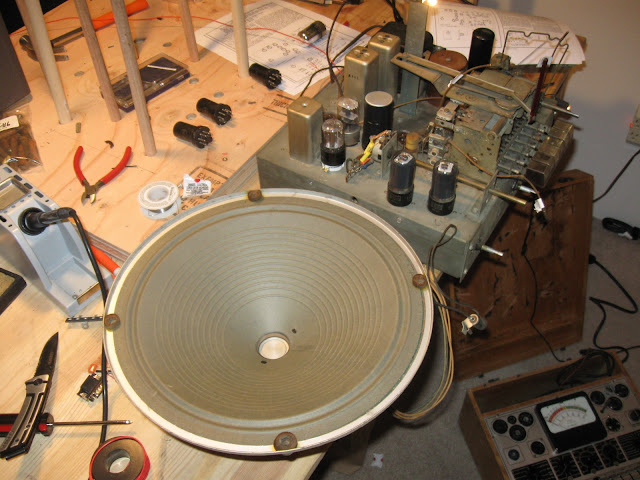 I powered up the radio for the first time with the power supply activated to get a feel for it, and played an MP3 through the line input. It played great – for about five minutes, until it heated up, then a nasty 60Hz hum took over. I’d let the set sit for a few minutes, then power it back on and it was fine for a minute or two before humming again. This was very clearly a thermal short, heater to a cathode. There are four tubes in the radio that are prone to H-K shorts: two 6SG7s and two 6SH7s. One of each tested totally dead, and the others were weak. So was the 7Q7 oscillator. I ended up ordering a new set of NOS tubes for the RF stages, and installed them; the radio played perfectly at this point although not very well aligned. 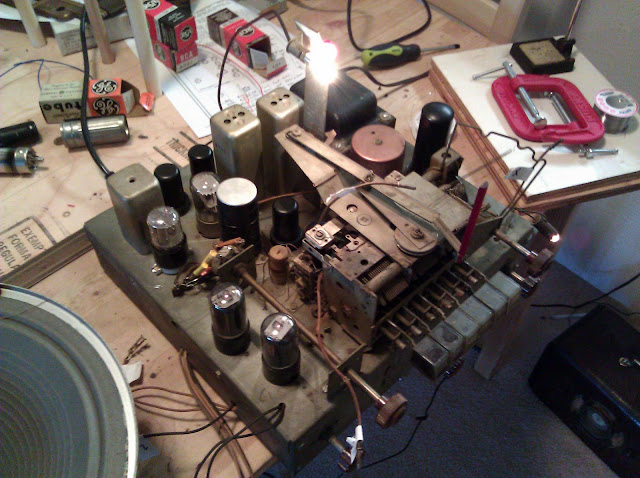 First, I peaked up the IF transformers with a 455KHz reference signal from my generator: 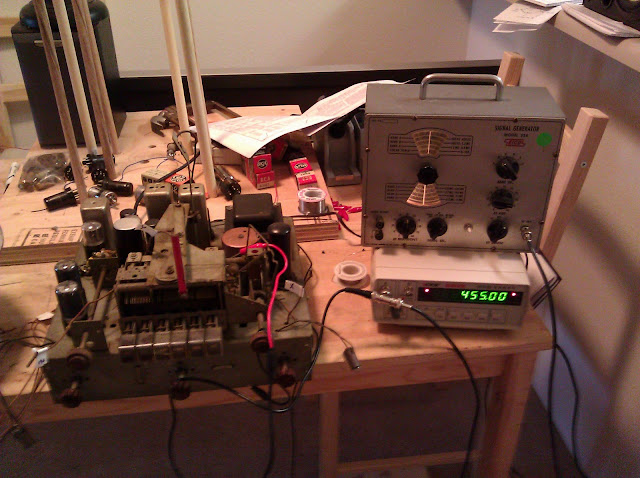 This step could be done outside of the cabinet, but the RF alignment required putting it back in and attaching the antennas. 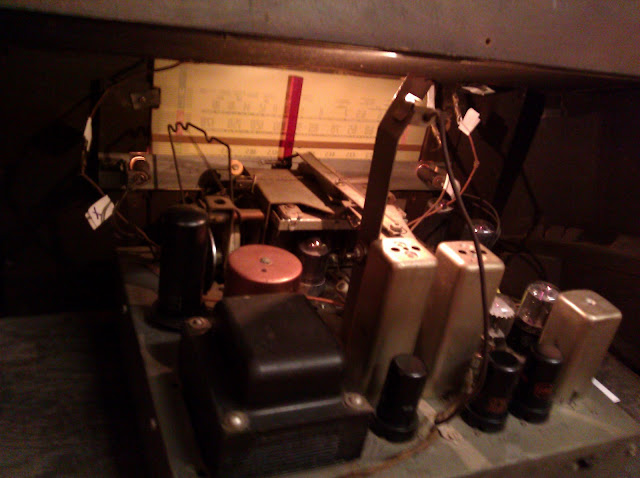 With the installation  complete, I switch over to RF calibration, first with a 17.8MHz reference signal, then a 1500KHz, finally a 580KHz signal to align the Shortwave and AM bands. 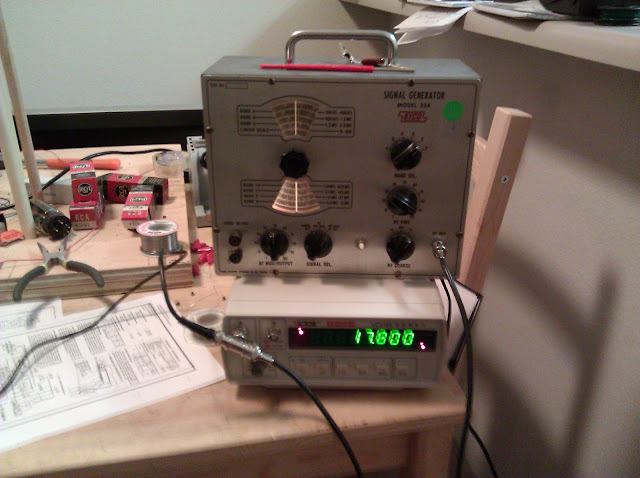 I peak the alignment trimmers with the radio installed in the cabinet using a non-inductive alignment tool: 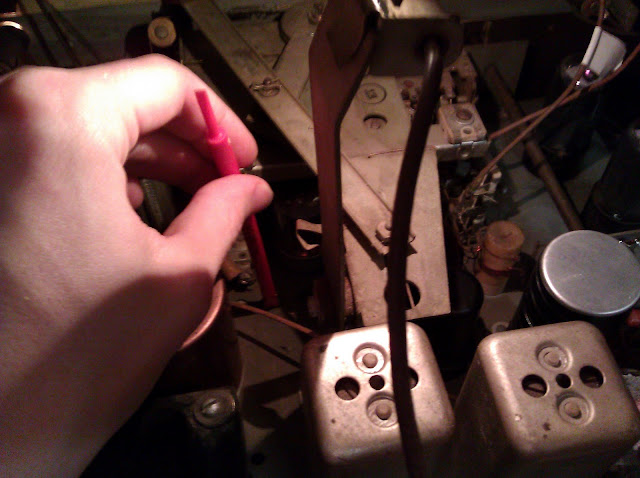 The trimmer locations were clearly called out on the service documents, so it was easy to find where to adjust even though it’s not the easiest to reach. It aligned up nicely! The dial tracks perfectly now. And speaking of the dial scale, it’s interesting – the tuned station is indicated by a thin line of red light surrounded by shadow. 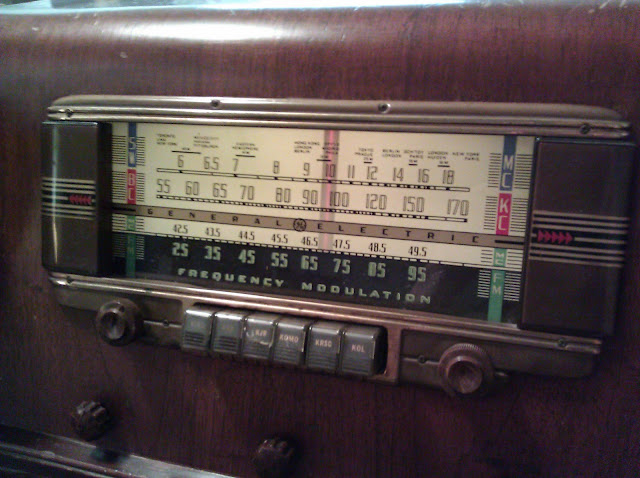 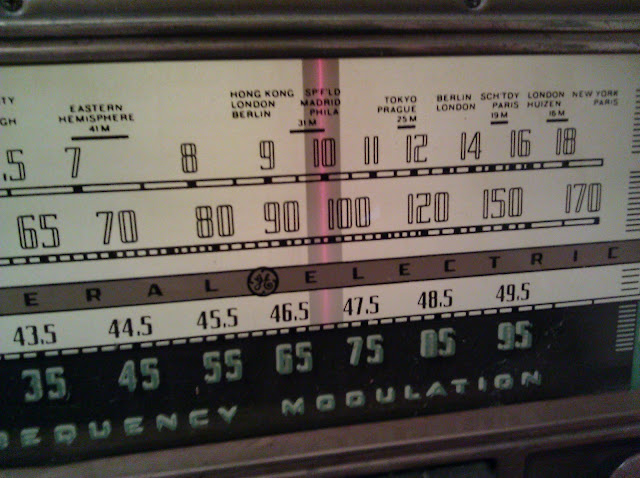 And that’s it! Back to the office it goes. I’m not planning to do much with the cabinet as it’s not that bad, and it’s going to be in a bit of a high-traffic location so if something happens to the finish I won’t have to worry about it. 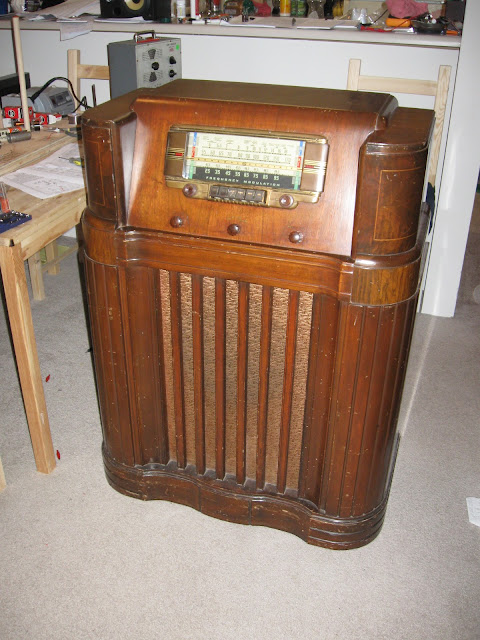