The last of the three radios I picked up from an estate sale a few weeks ago, I spent about an hour this evening bringing it back to life. I’m still waiting on parts for my GE LF-116 – my supplier sent me the wrong tubes – so while that’s on hold I’m checking off more projects from my list. This was the most recent one:

The RCA Globetrotter A-20 radio is a Canadian design, not sold in the U.S. but quite a few have made it south of the border over the years. It was designed by famous industrial designer John Vassos for RCA which makes it a desirable and very attractive, if not terribly well-performing, radio. 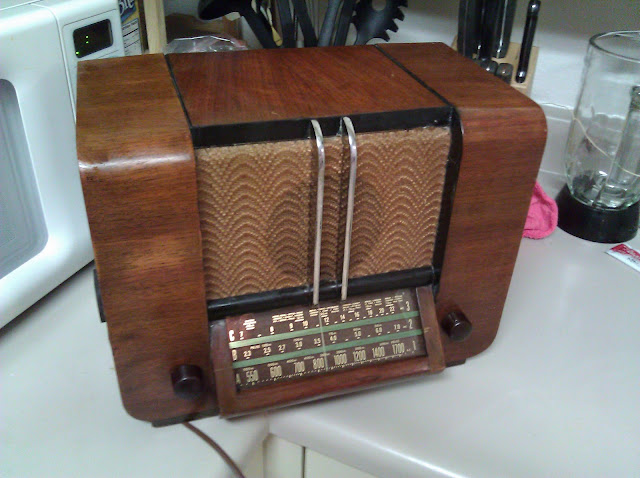 It’s a simple five-tube transformer radio with a ready input for hooking up an MP3 player or other external audio device, controlled by a switch on the back. It has interesting shortwave bands – on U.S. radios, the wave bands are usually 1.8MHz-5.5MHz and 5.5MHz-18MHz; on this one it’s 2-6.7MHz and 7-22MHz to match what the Canadians were using at the time. 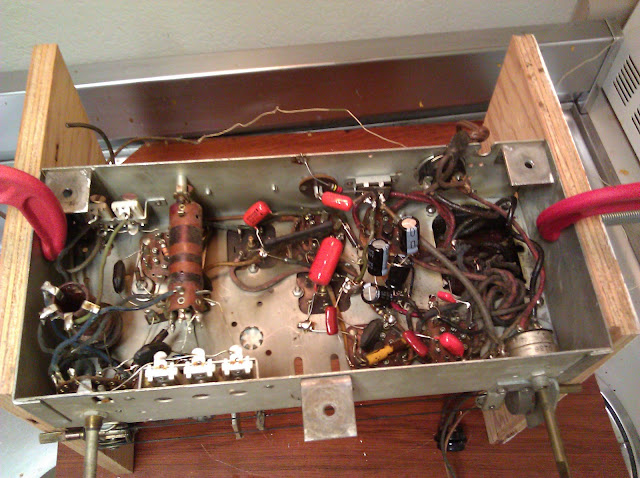 The previous owner had replaced about half of the capacitors with late ’80s or early ’90s Orange Drops; I replaced five more capacitors he’d left in place as well as the electrolytic filters. Then it was time to power on and see what happened: 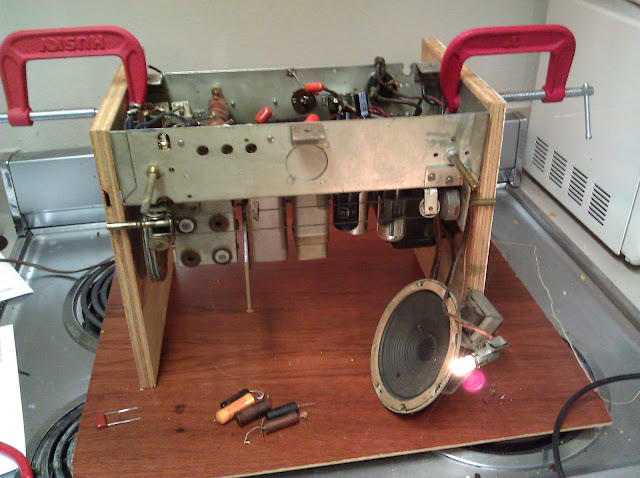 Powered on nicely! A bit more hum than the other sets I have, but not enough that it’s malfunctioning – it’s just a radio with simple circuitry. 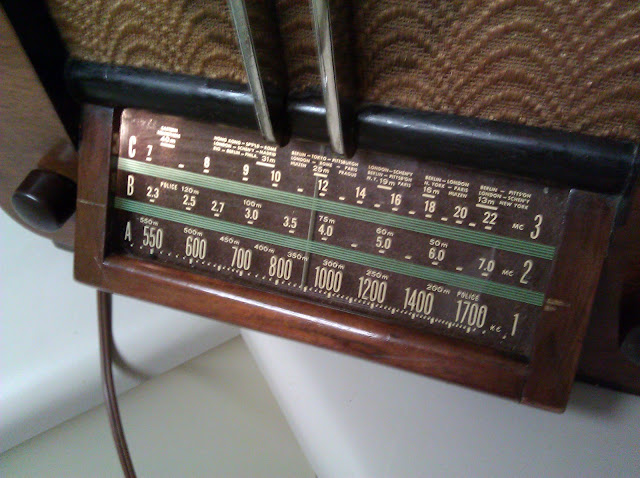 It was tricky getting the dial scale back in alignment with the pointer, as the dial stays in the cabinet and a slug fits in between two pins on the pointer to move it. It took a few tries to get it aligned right, then I tapped it into place with a long-handled screwdriver.

The alignment is spot on, receiving KIXI 880 AM exactly where it should be on the dial, no further repairs necessary. Including time spent removing material from the cabinet, this was about a two hour project. I skipped a lot of the initial checks and just started working on this one, since it’s for my own collection, which cut down on the time significantly.

2 Responses to Short Project: 1940 RCA Globetrotter A-20 by John Vassos