A local customer brought me his brother’s Citation 11 for a full overhaul. After a few decades of faithful stereo reproduction, then a number of years in storage, it was time for an overhaul to get it working good as new again! 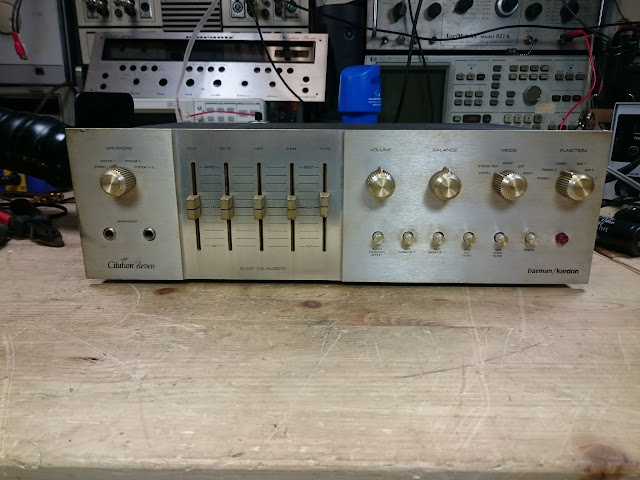 Of course, everyone knows Harman-Kardon’s quality, and this Citation 11 is no exception. It’s a beautifully constructed piece of stereo history, and unusually features a 5-band graphic equalizer on the front to help you fine-tune the output to your listening environment and personal taste. 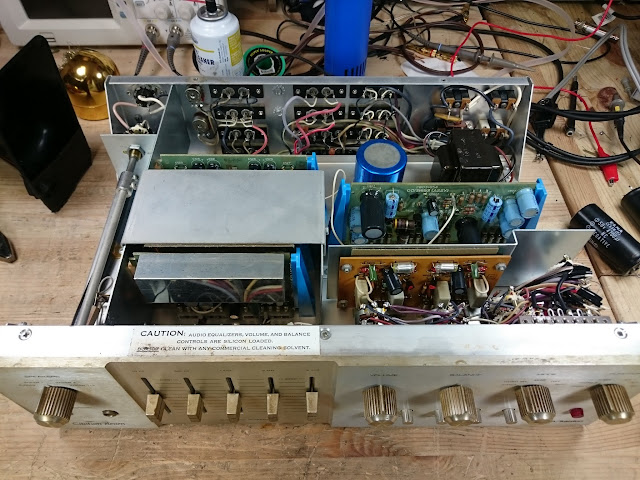 These are also a real pleasure to work on – all of the circuitry is fitted on plug-in cards which makes it a breeze to pull and inspect the different components. And underneath, the wiring harnesses are labeled clearly and effectively: 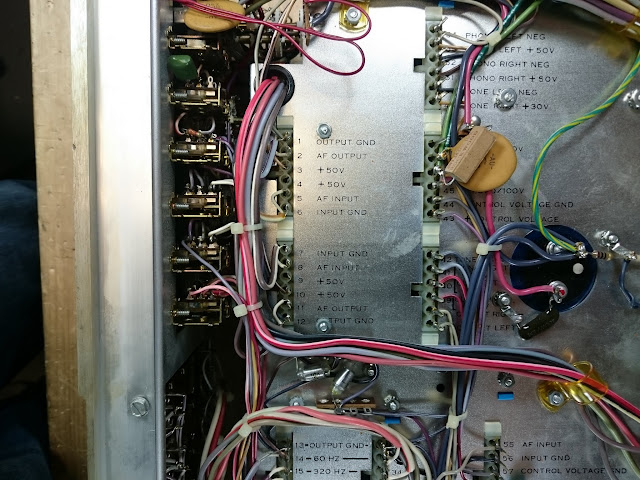 As with most stereo pre-amps, there’s quite a few components to replace, but it was easy pulling out the cards. 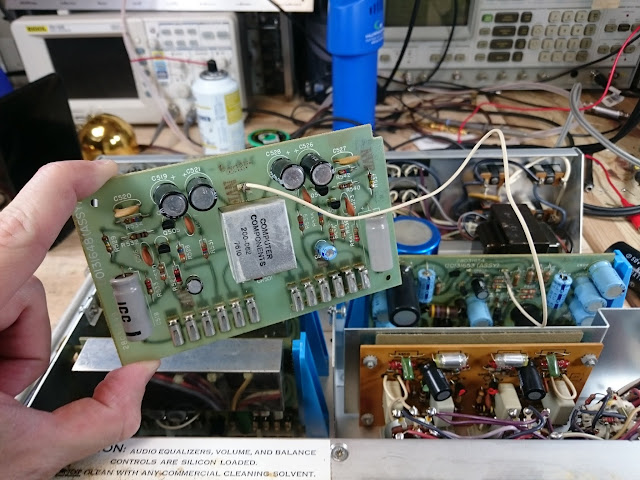 There was some evidence of past repairs: 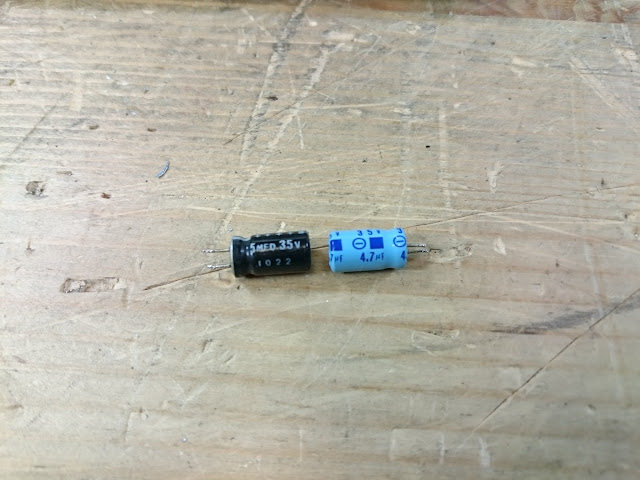 But overall it was in great shape. 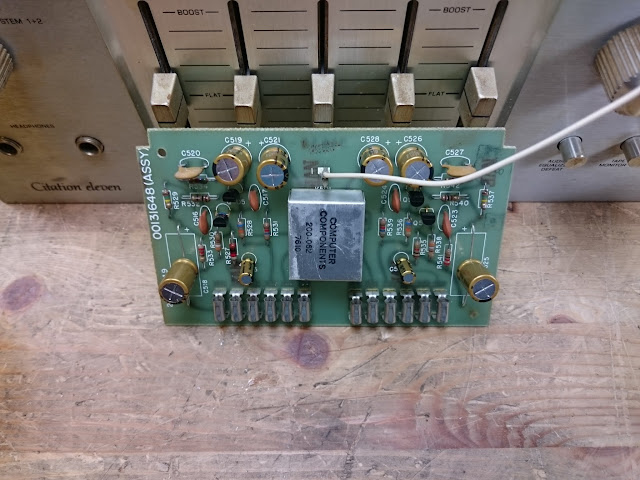 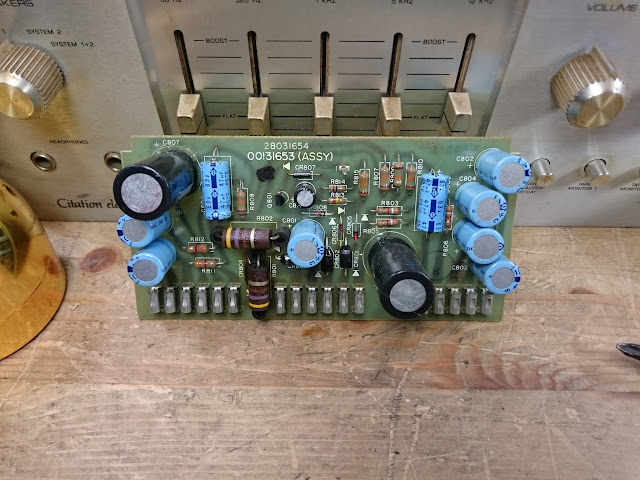 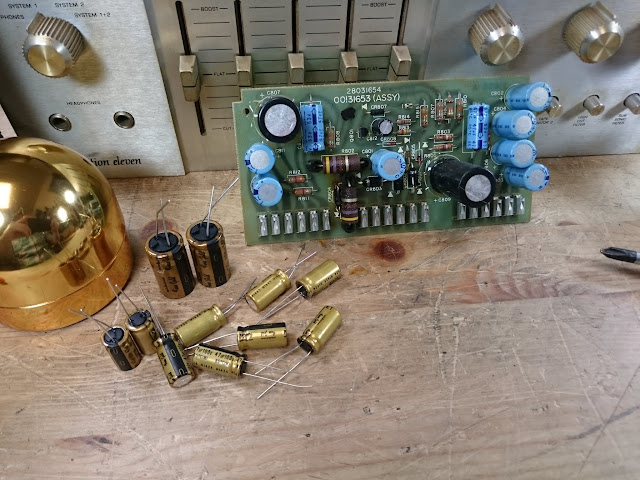 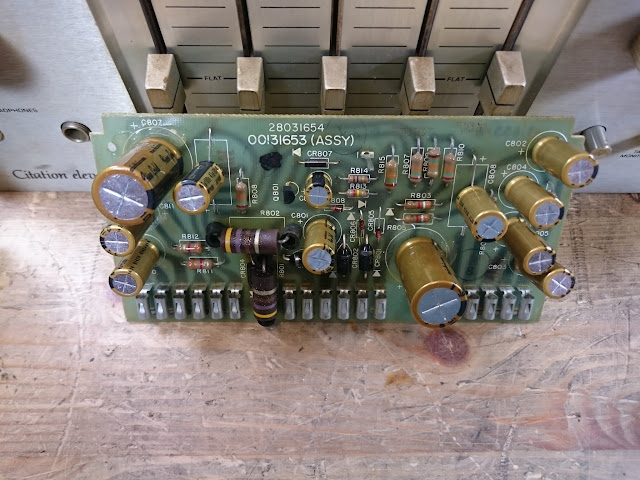 One interesting thing is that, while the boards are very well marked with component values, the installed components didn’t necessarily line up. Shown here, the board is labeled for a 100 uF 50V part but a 16V part was installed. Those ended up being replaced with 63V capacitors. 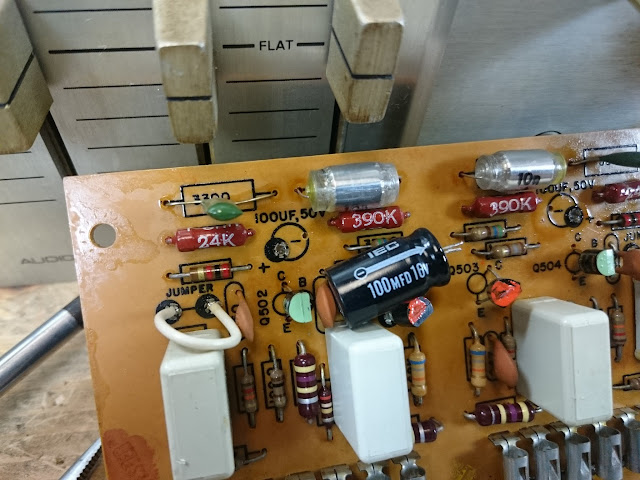 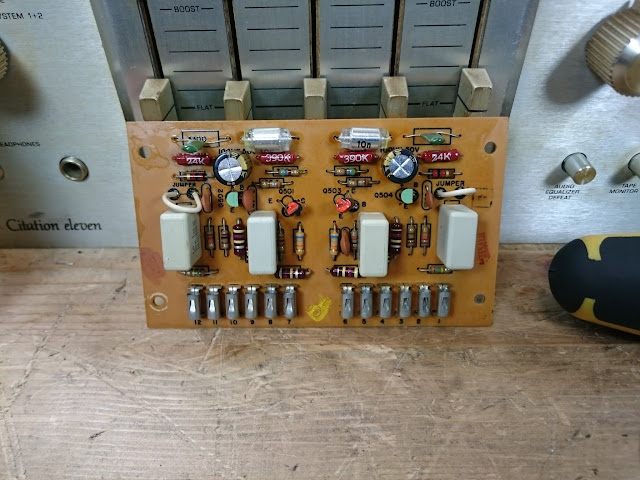 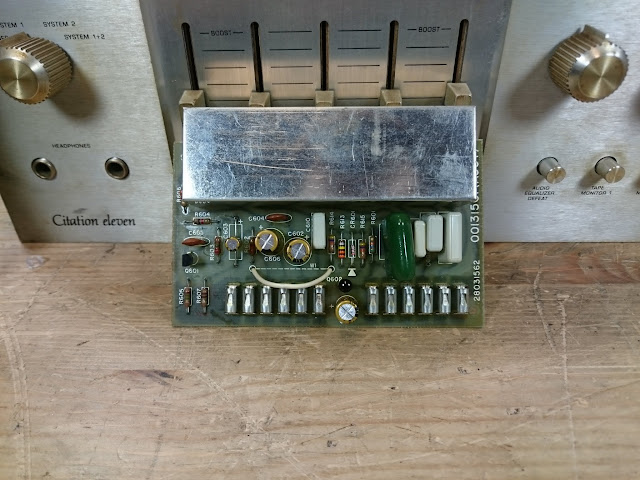 Underneath there were a couple of capacitors to replace: 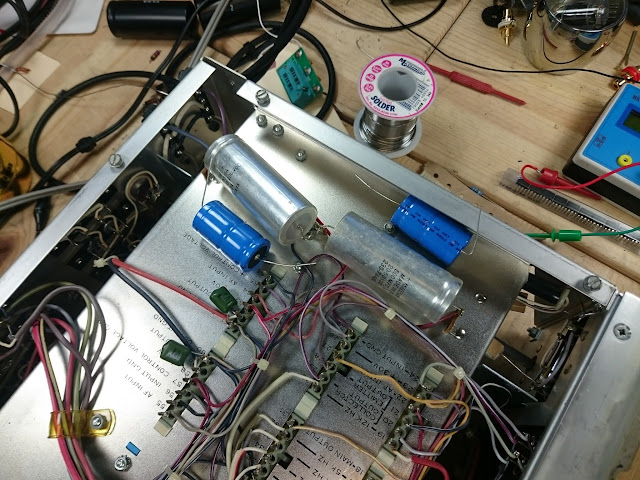 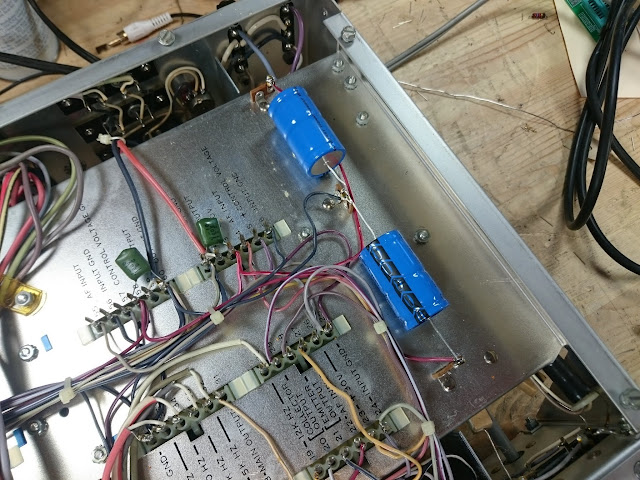 And the big can up top! This involved converting from the old terminals to screw terminals. 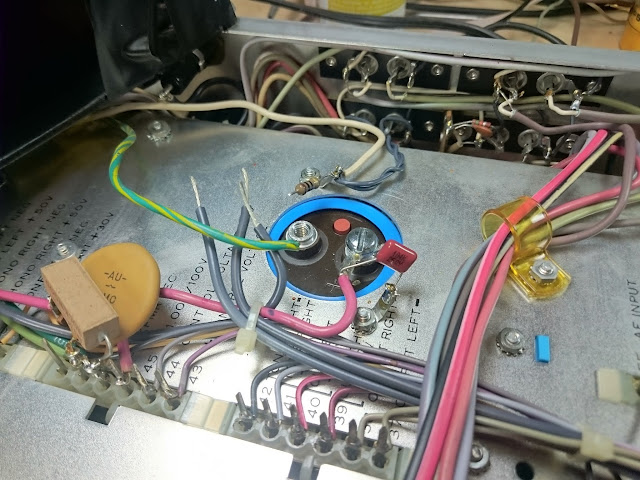 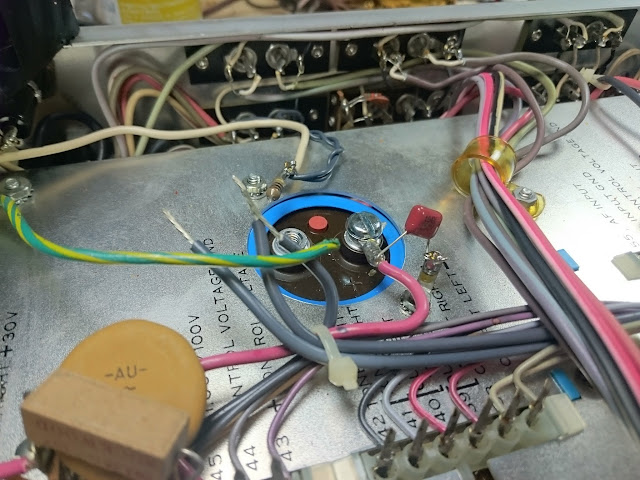 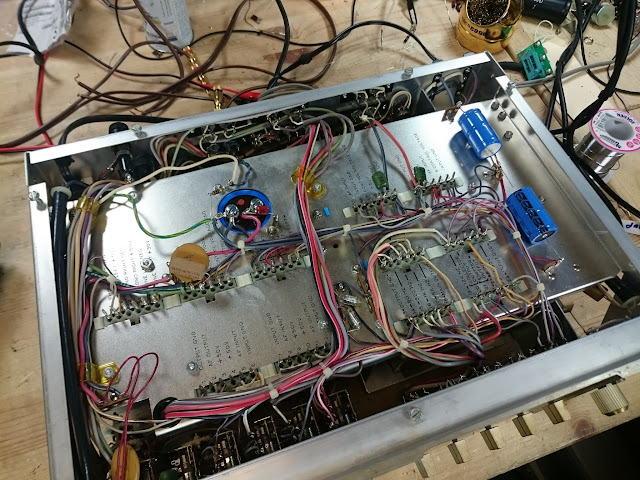 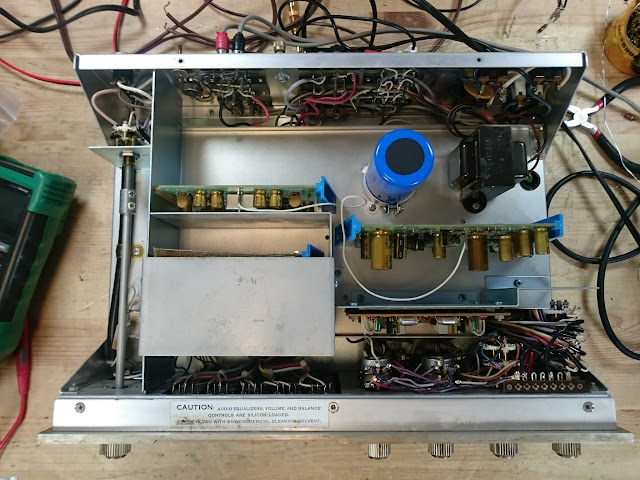 This particular pre-amp doesn’t have any adjustments to make, so that was that! A thorough control cleaning later to clean up the crackles and pops while making adjustments and it was good as new. 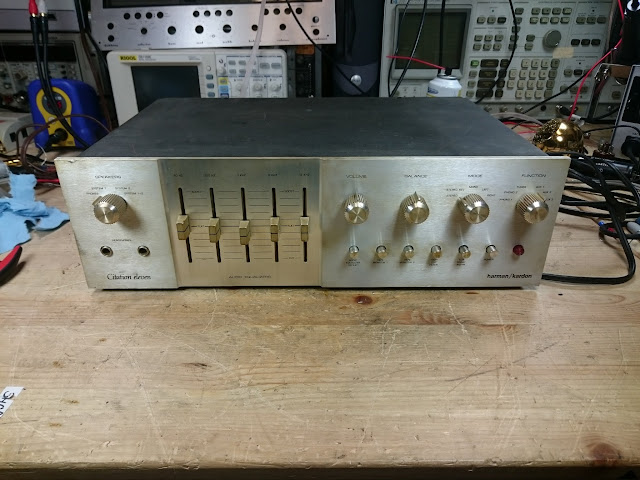 Looks as good as it sounds!