All vintage gear has a story to tell, but something really rare and interesting recently came across the bench: the Harman-Kardon Festival D-1000. While it looks somewhat unassuming, a fairly straightforward 15-tube receiver with push-pull 6L6GC outputs and an AM and FM tuner, it’s definitely more than meets the eye: the Festival D-1000 was the very first commercially produced integrated stereo receiver! Produced in 1954, the concept of combining a pre-amp, power amplifier, and tuner into one as our modern receivers due had been mulled about for a while but it proved a significant engineering challenge. In 1954, Harman Kardon changed all that with their release of the Festival D-1000 receiver. 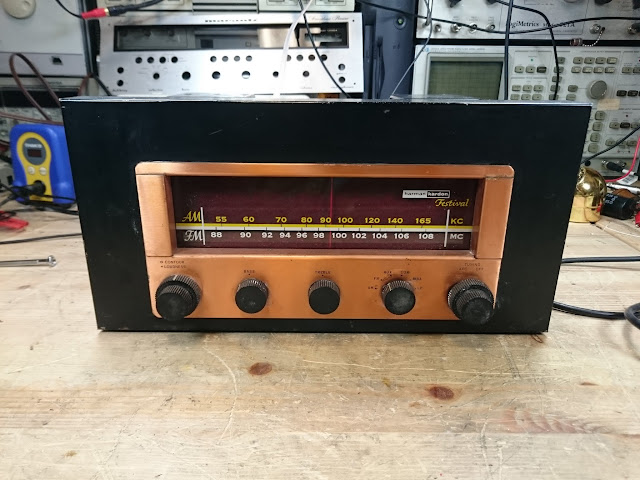 Harman-Kardon did have to make some design compromises to fit everything into this package, so while it’s a solid performer, if one were looking the absolute best sound at the time it would still be separates. 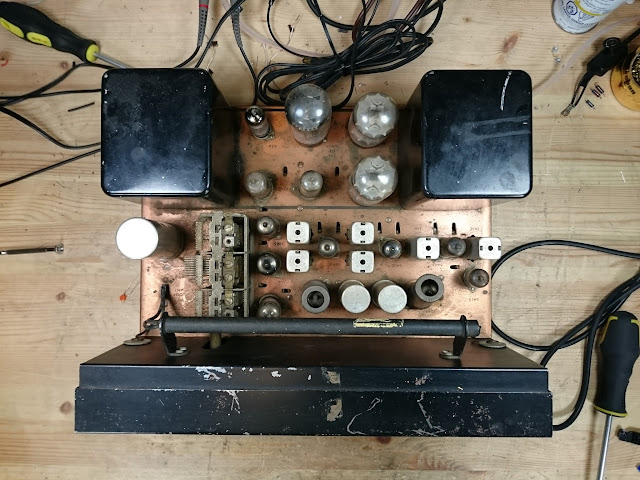 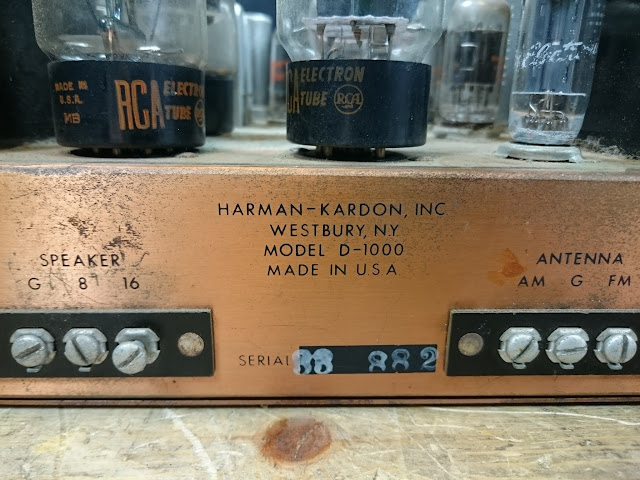 This one came from a storage unit, and it was due for an overhaul before being put into service. First up was testing all the tubes – and they all passed! The 5881 outputs were replaced the 6L6GCs, but they’re interchangeable. 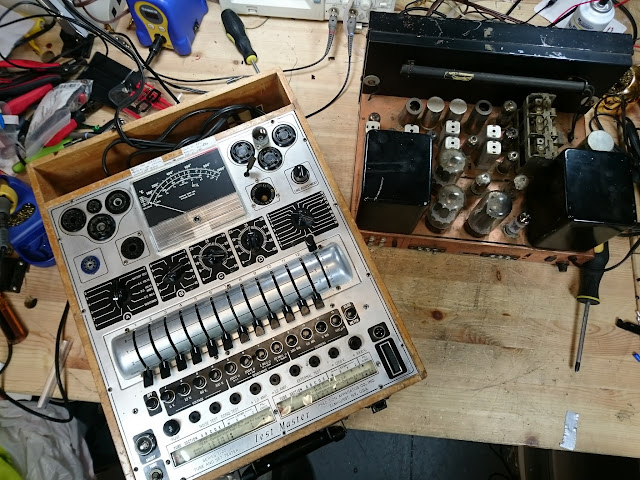 Underneath it looks like it had never been serviced before: 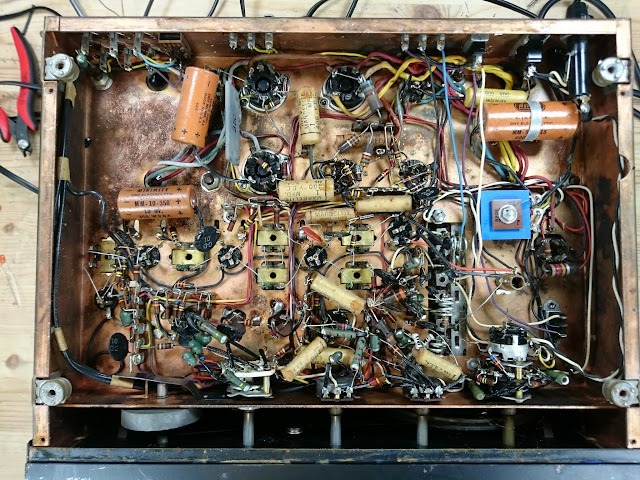 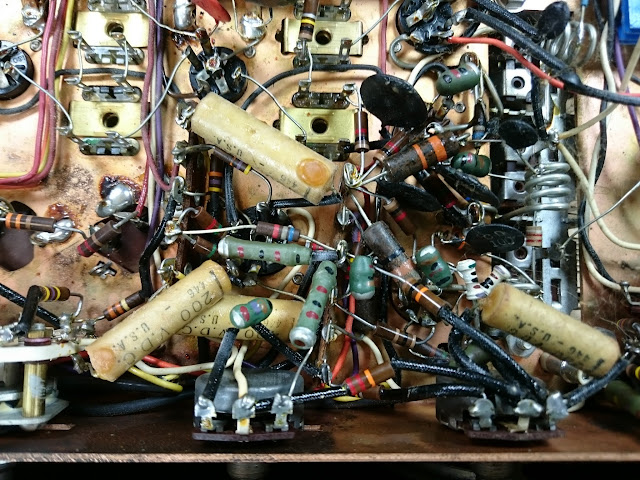 Spot-checking the resistors, the sample I selected were all within their tolerance. Harman-Kardon must have used a good quality resistor with a protective coating – it’s quite unusual to find a unit this old where the resistors check out. So it was on to capacitors: 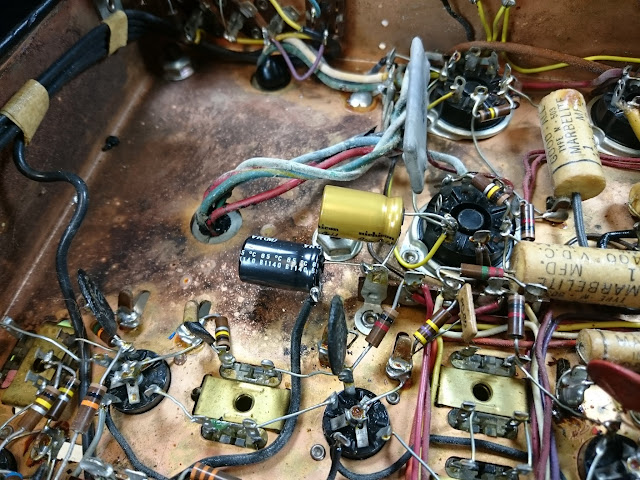 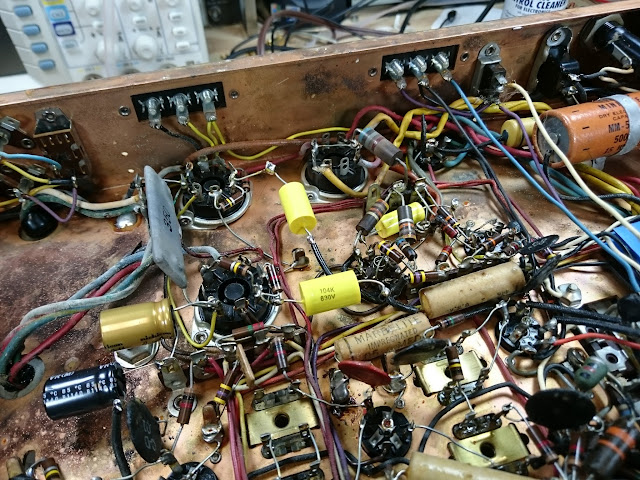 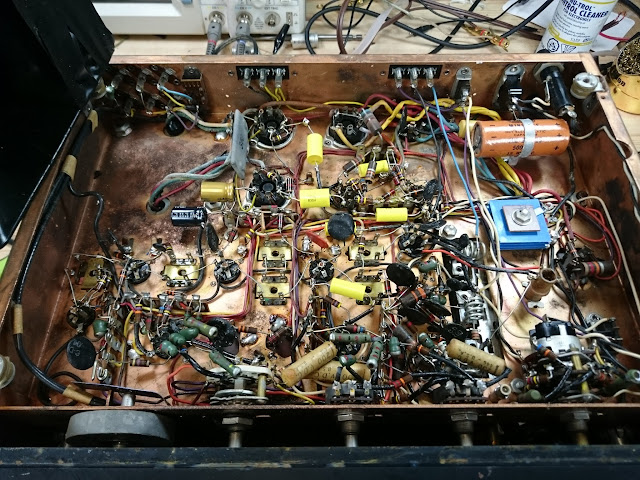 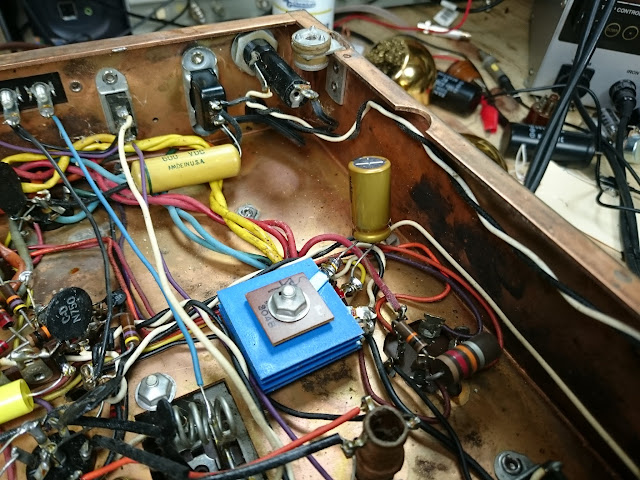 Adding some terminal strips for the power supply capacitors: 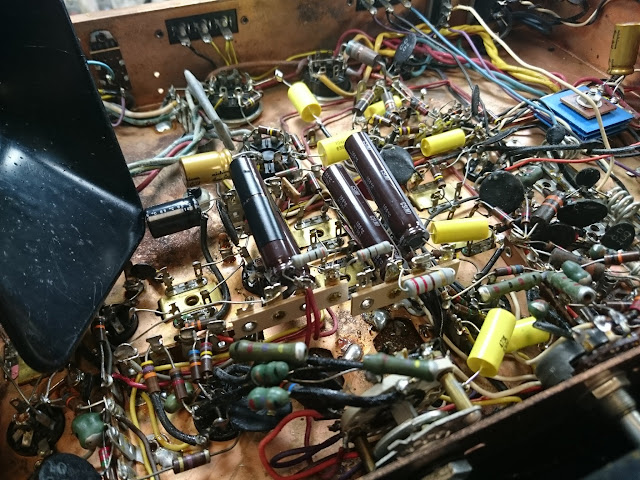 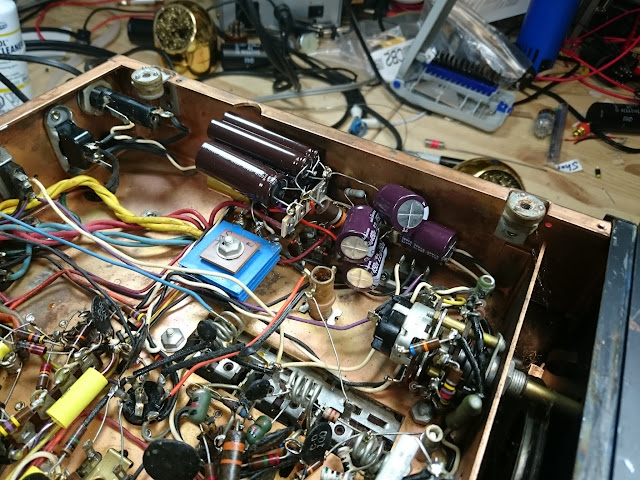 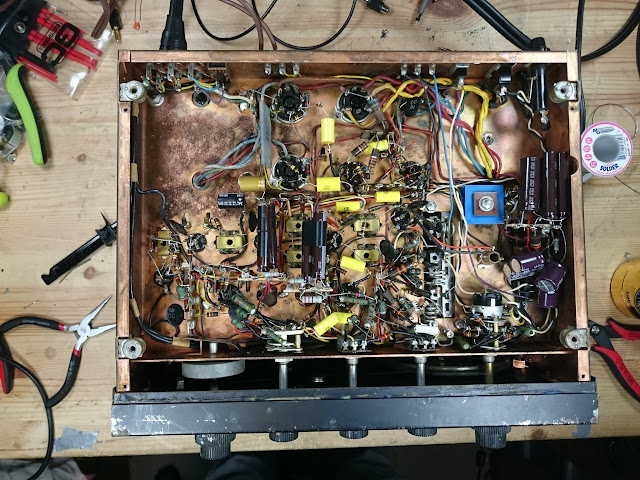 Next up was an alignment. The FM reception distortion started off a bit above 0.5%, which is definitely pretty far out of adjustment; it finished out around 0.05%. Much better! 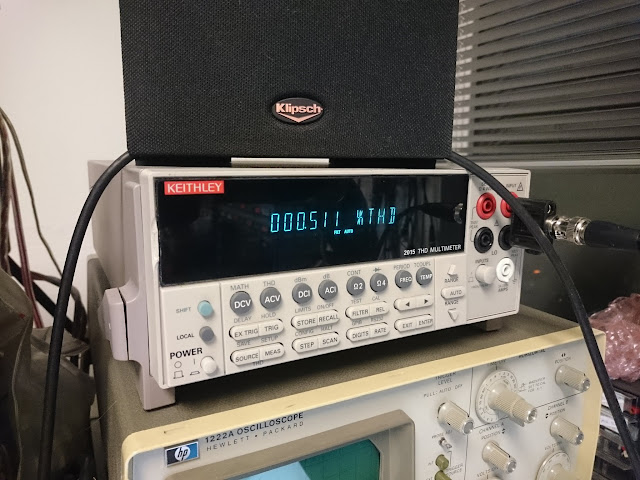 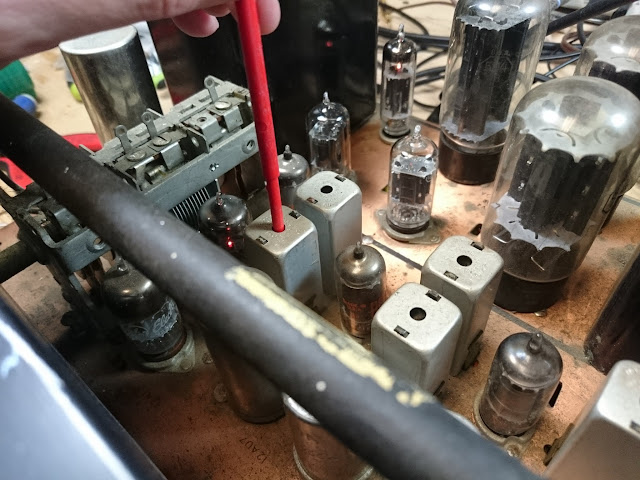 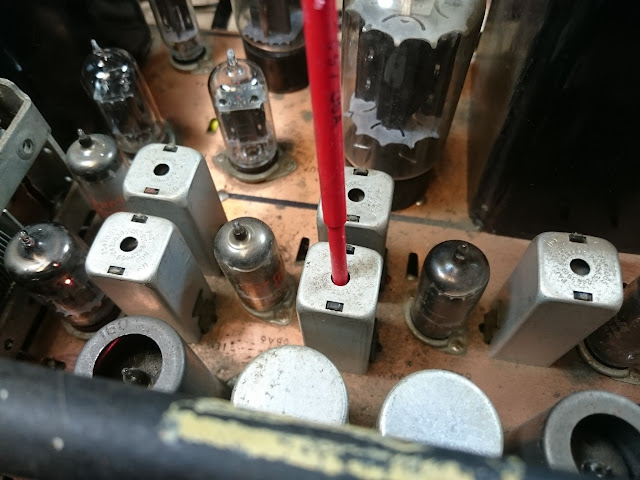 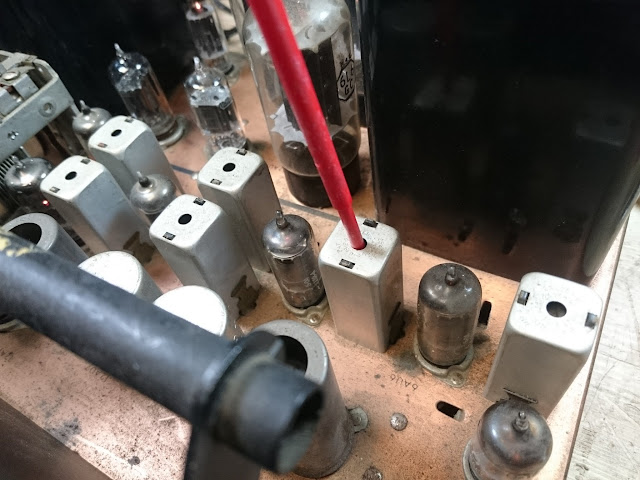 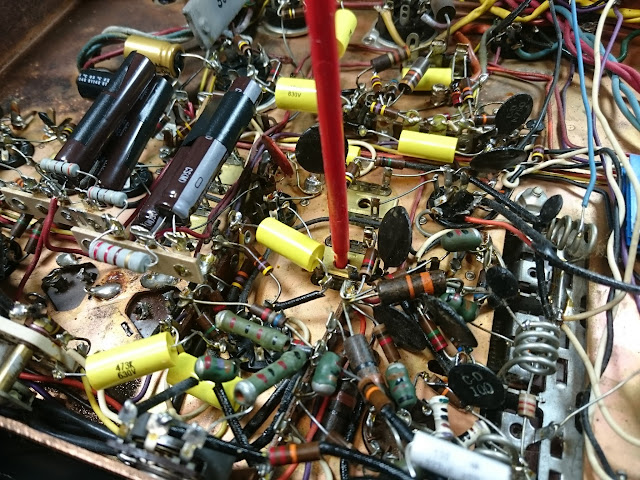 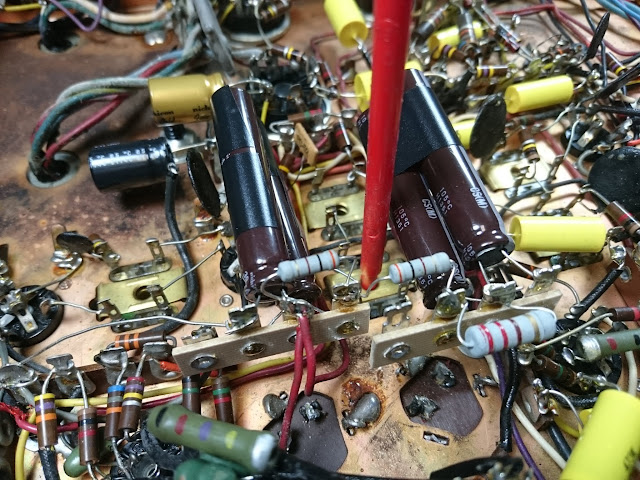 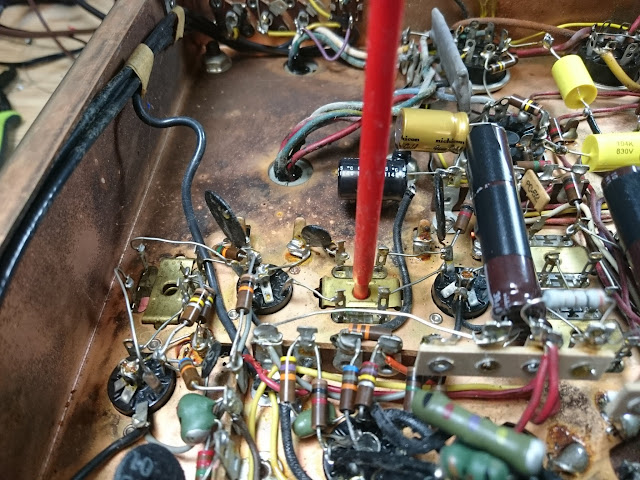 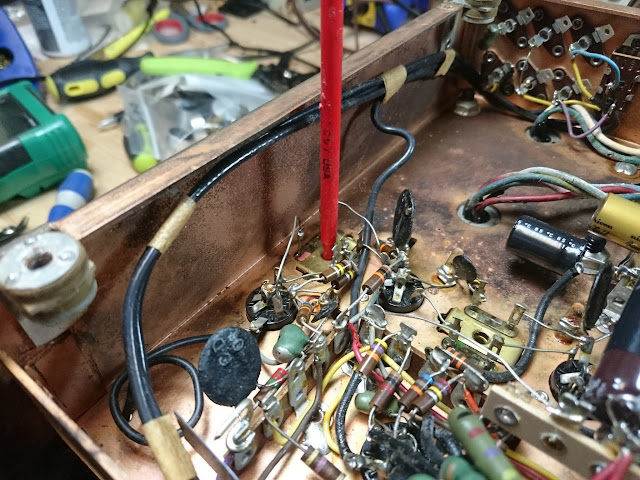 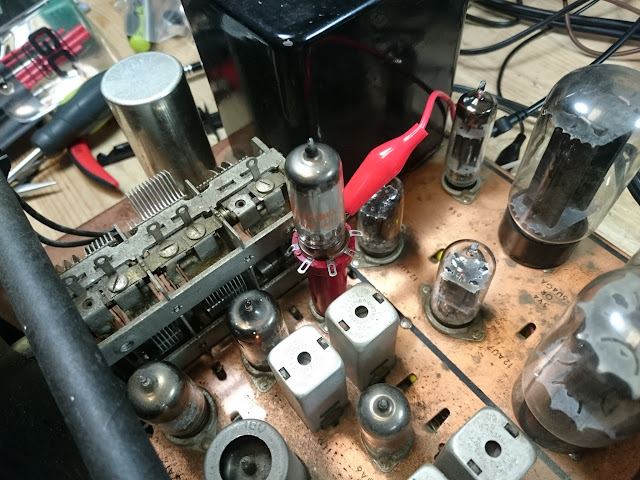 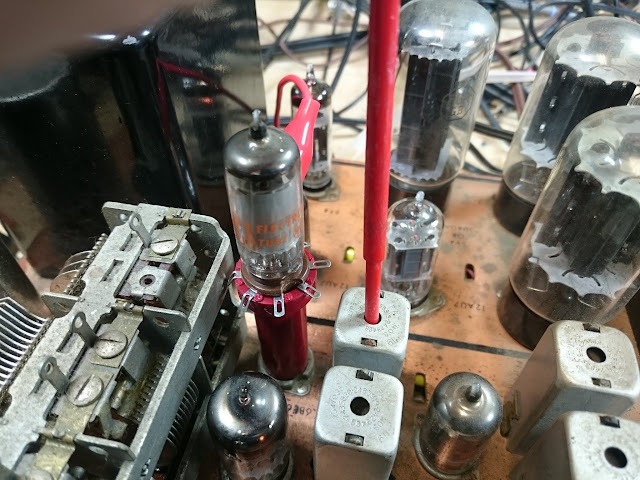 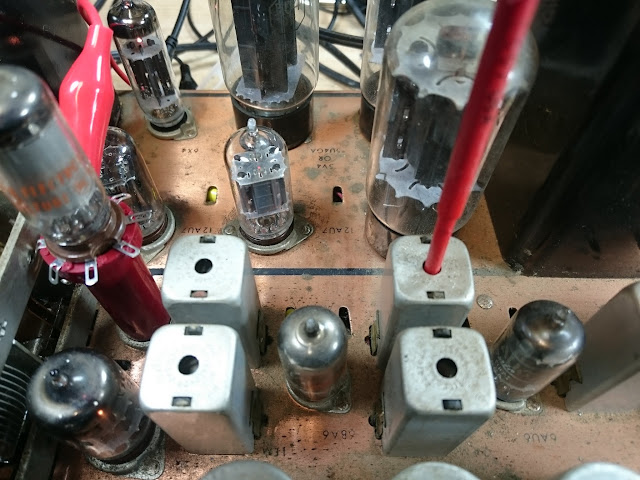 After following the factory alignment instructions, FM cleaned up very nicely, and AM was much improved! 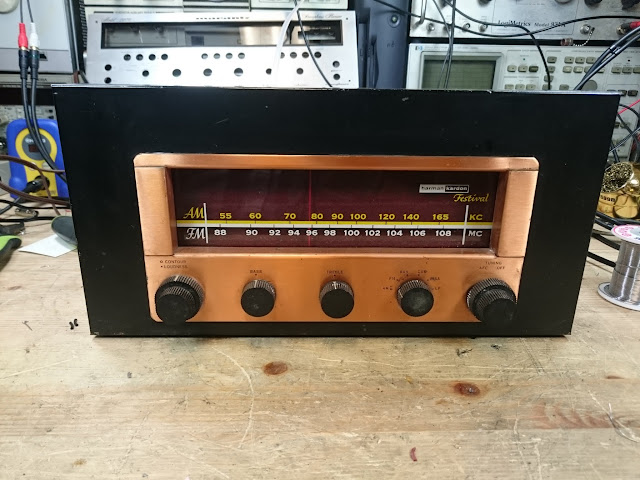 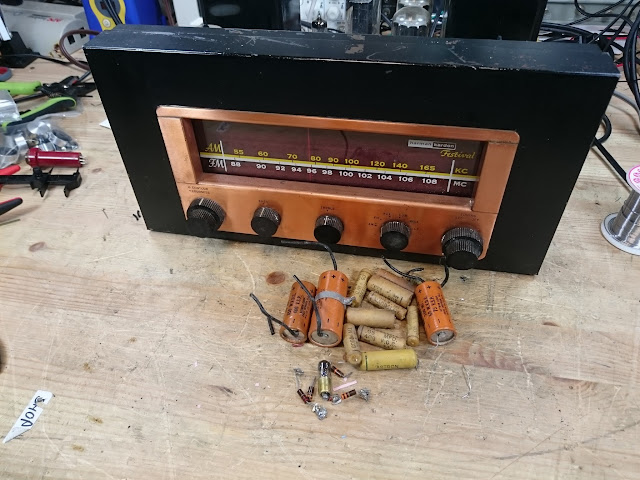 All fixed up, this receiver will be a fantastic addition to any hi-fi collection, and will be a great performer for years to come.