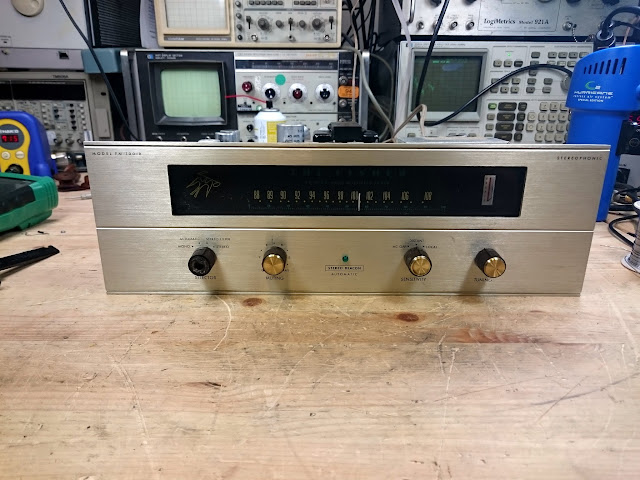 Anyone who knows classic tube audio knows Fisher, and the FM-100-B sure lives up to the name. It’s a 12-tube FM/MPX Only tuner with a solid-state rectifier, designed to mate with a similar line of pre- and main amplifiers. These were occasionally found standalone, and also built into wide stereo consoles. 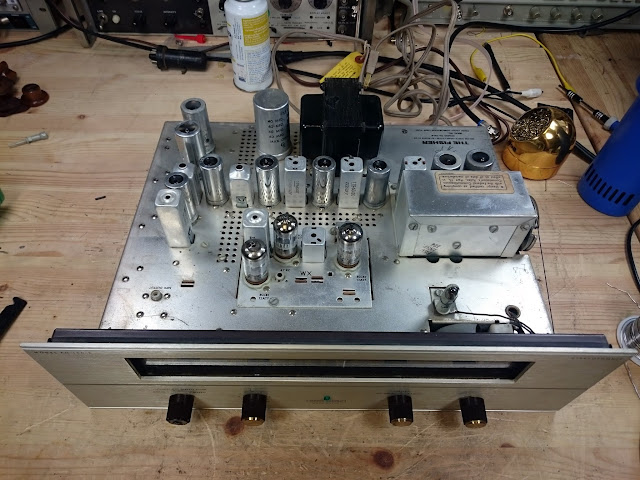 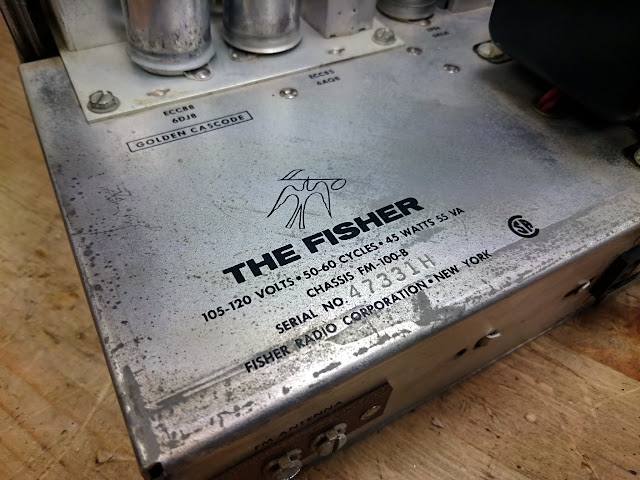 Some of the Fisher’s great FM performance came from the “Golden Cascode” 6DJ8 RF amplifier stage on the front end. You can’t have great-sounding stereo without a strong input signal, and the Fisher’s input stage delivers. 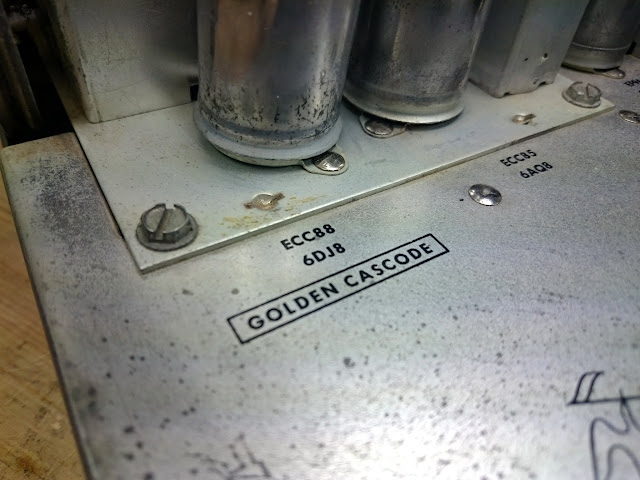 The rest of the tubes are 6AU6s, 12AX7s and 12AT7s primarily. Underneath, there’s a lot going on: 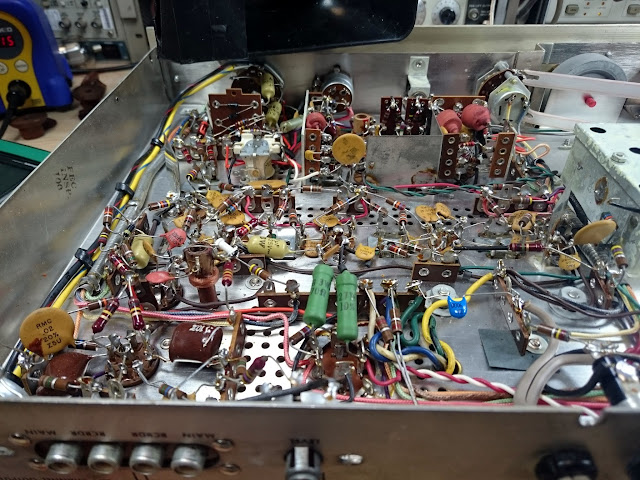 The owner wanted a recap and alignment, reporting that while it had been working the last time he used it, it wasn’t sounding great. There’s a handful of dipped capacitors, along with the power supply electrolytics, which needed a good going-over. Where possible, I replaced 0.5-1 uF electrolytic capacitors with film for longevity. 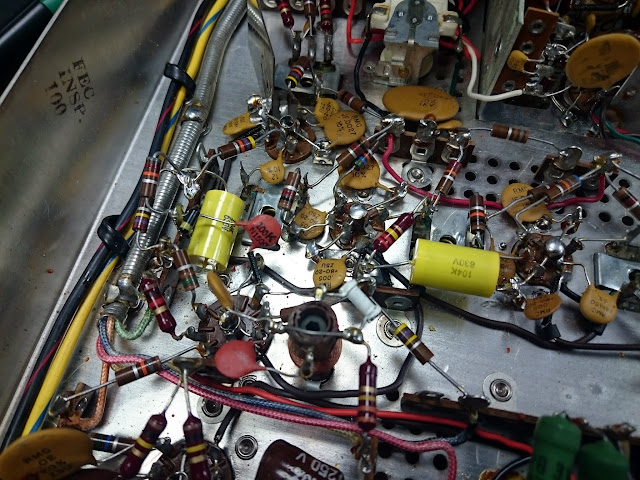 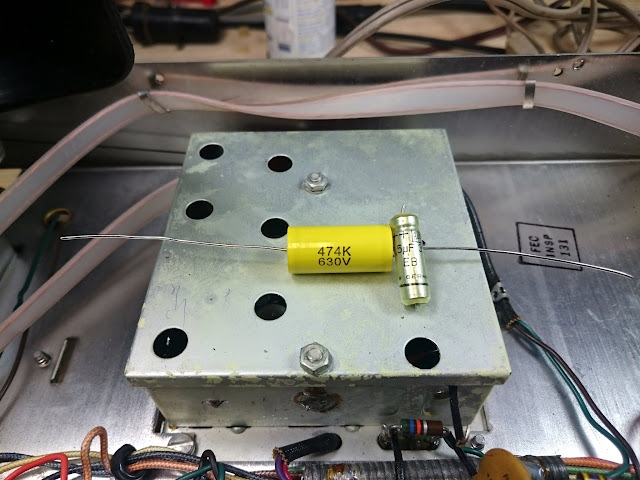 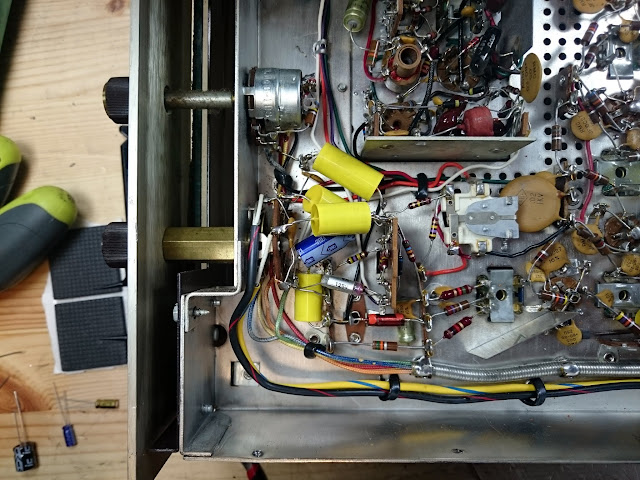 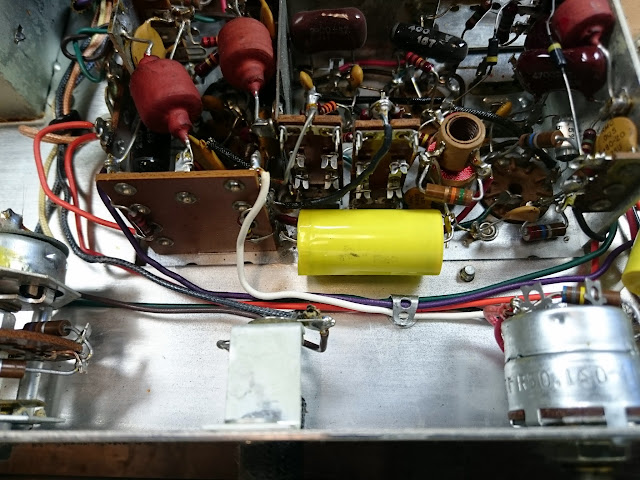 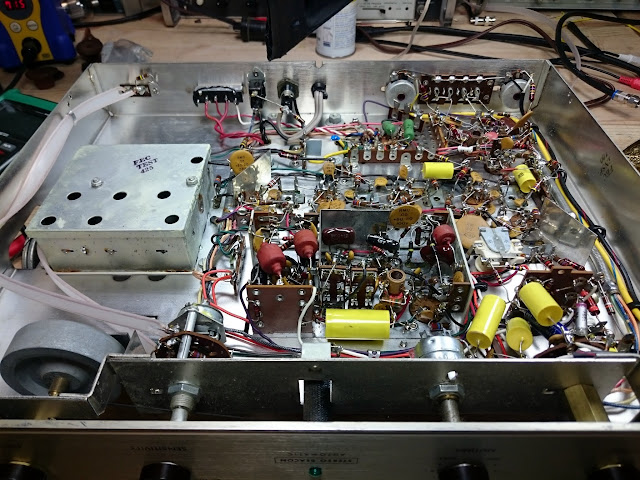 Next, on to the power supply. It’s a set of 4 x 40 uF capacitors in a can. I’ve selected a set of top of the line Nichicon capacitors with a 10,000 hour minimum lifetime and ripple tolerance about double what this set will experience. First step was to attach some terminal strips to mount the new caps: 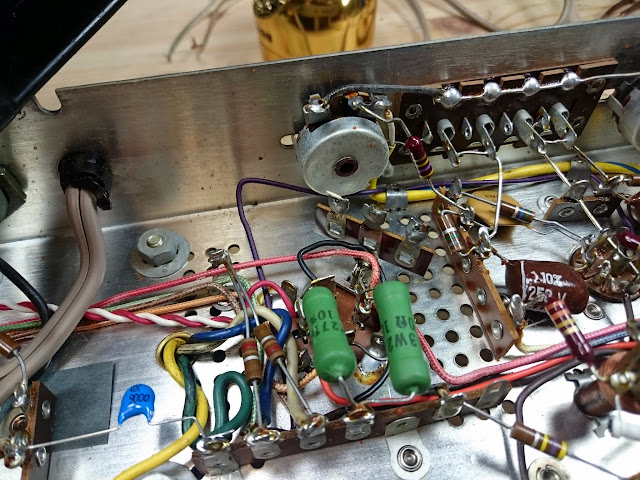 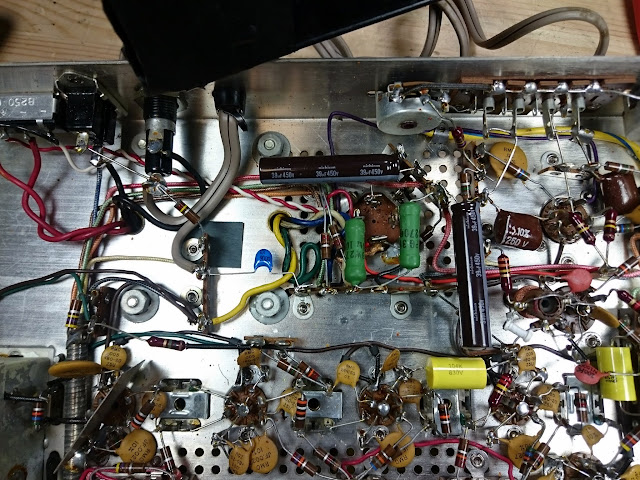 By using terminal strips in this fashion, it’s easy to just move the components over to the new tie points and easily preserve the wiring layout with a minimum of disruption. A second strip on the other side finishes out the set of 4 caps: 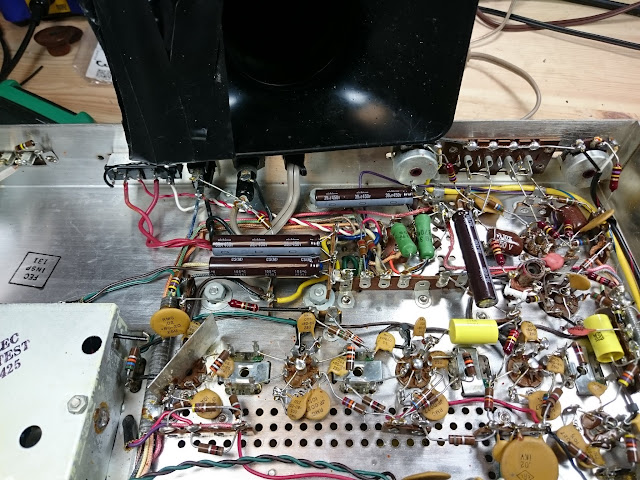 The replacement is finished off by clipping the now-useless terminals from the can capacitor, so it will never be used again: 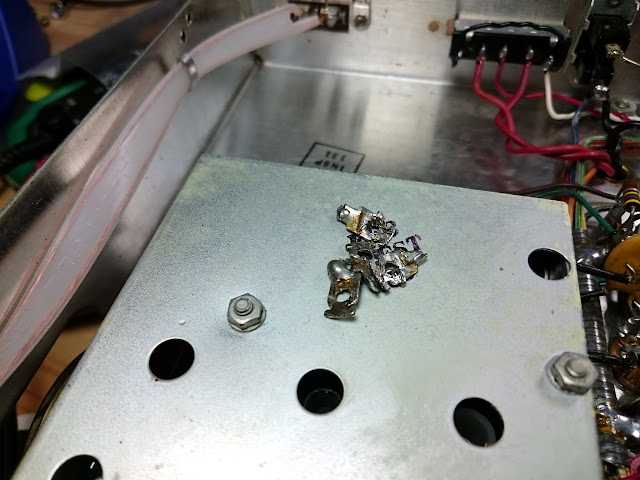 After the first power-up, though, there was no sound. Time to check the tubes: 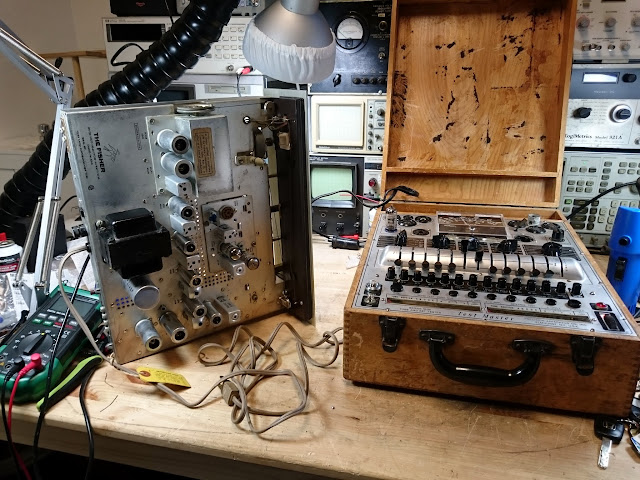 Found a dead 6AU6! That would do it, no signal was making it past the final demodulation step. A replacement fixed it right up. Then, on to the alignment. 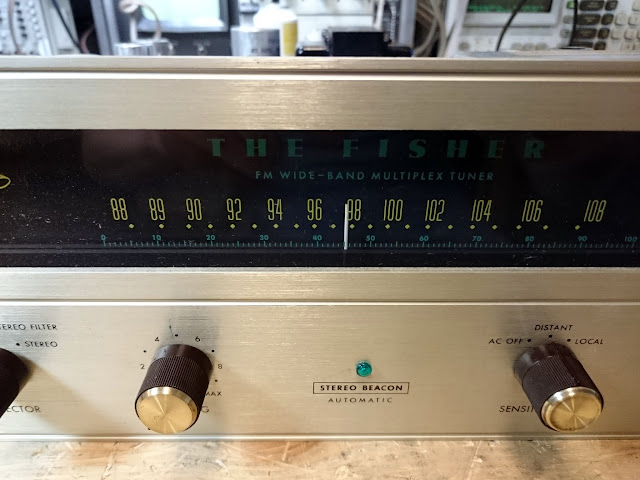 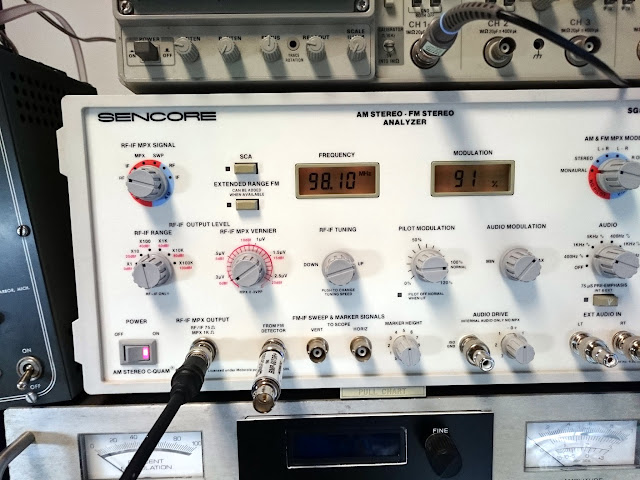 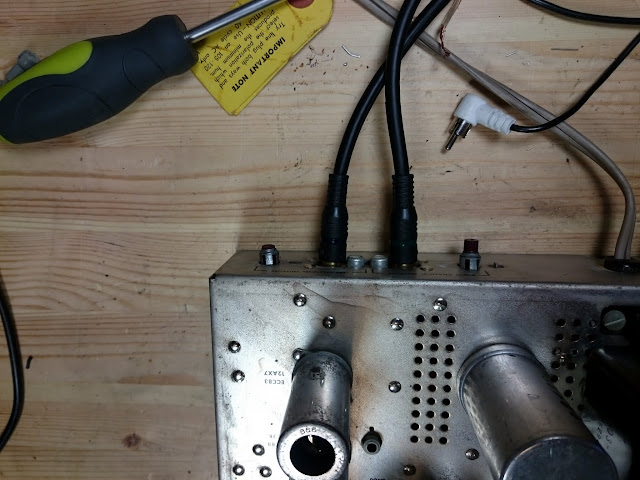 Then it was time for the alignment, by adjusting the cores for minimum distortion: 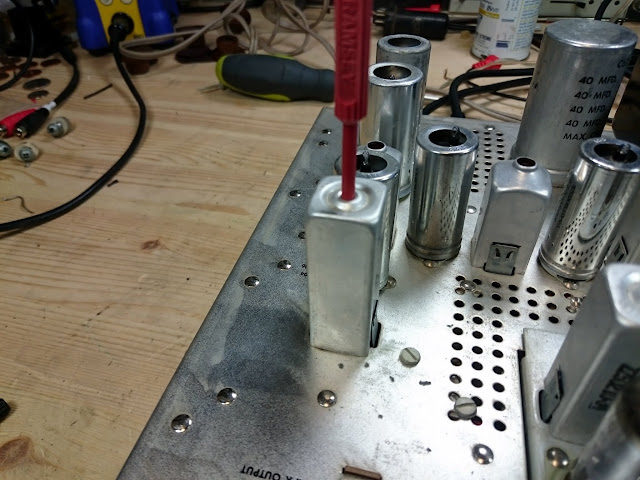 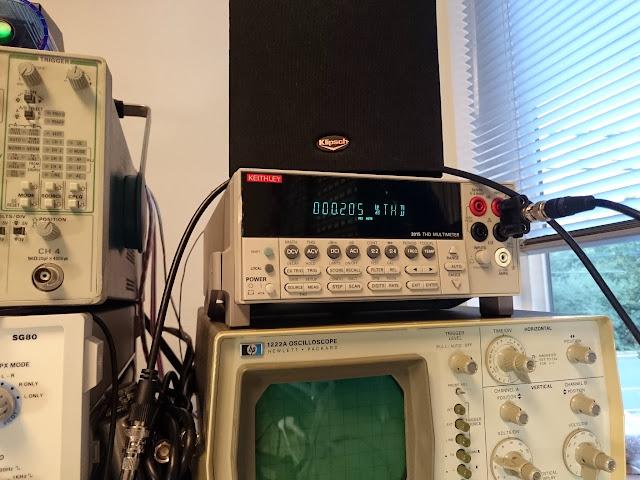 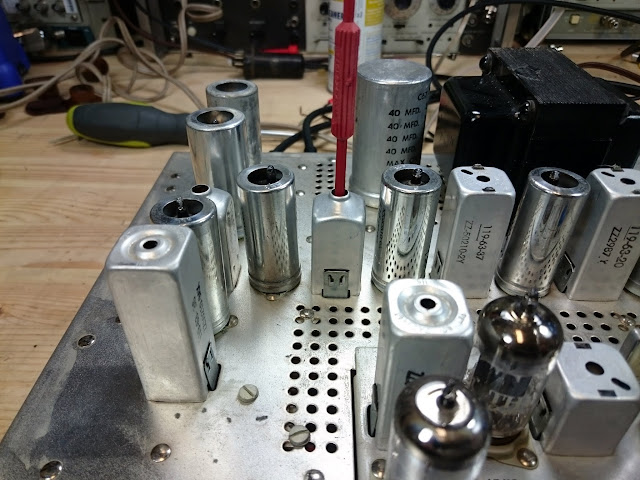 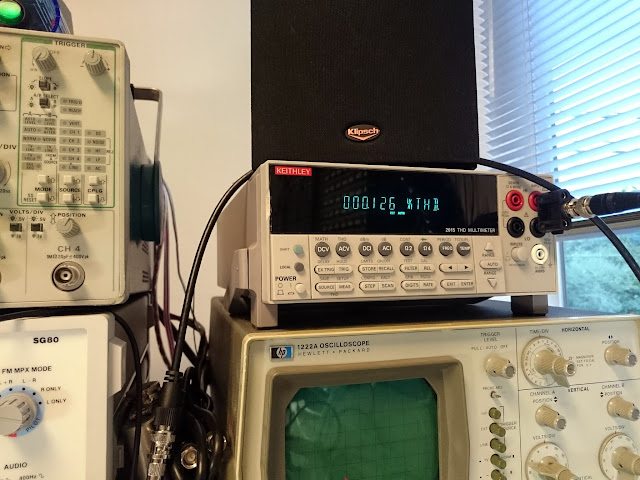 I also adjusted the MPX sub-chassis, including 19 and 38 kHz coils and the stereo separation adjustment, achieving equal stereo separation nearly -30 dB per channel. Not too bad. Solid-state tuners can achieve a little better separation, but not much. 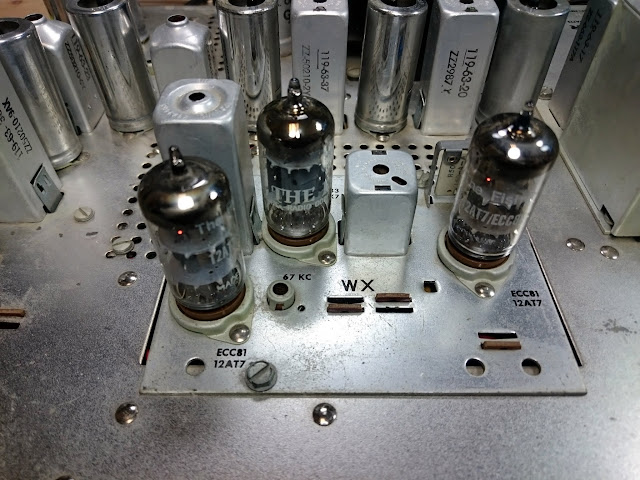 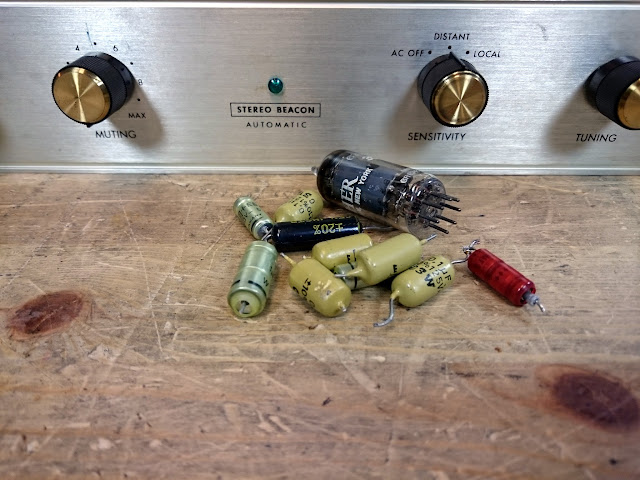 All fixed up and adjusted, this Fisher tuner sounds fantastic with a great deep and rich tone and great clarity all the way up through it’s frequency range. Paired with a strong antenna and matching stereo system, it’ll be a fantastic performer. 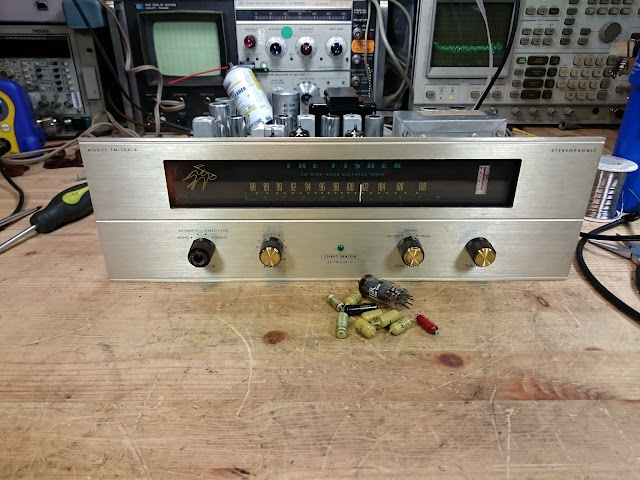