I recently got to work on something quite unusaul, the Eric Engineering model 357 hi-fidelity tuner. Built by obscure outfit Eric Engineering in Santa Monica, CA in 1961, there’s relatively little known about these units. It’s a fairly simple ratio-detector mono FM tuner with a dual mono audio output but no MPX output. The no-frills control panel offers only an on-off switch and tuning knob connected to the dial pointer. 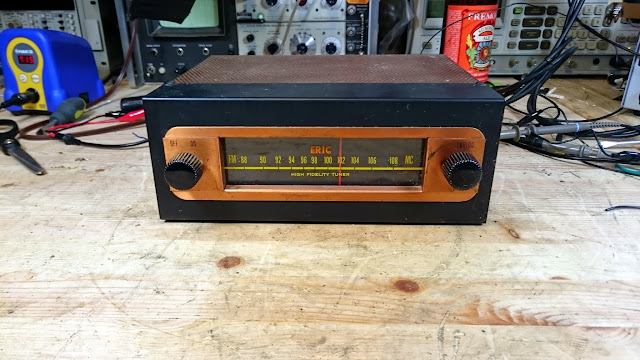 No schematics are available for these units, but fortunately they’re pretty straightforward, and this one came to the shop in good shape. It wasn’t receiving anything, though – time to pull it apart. 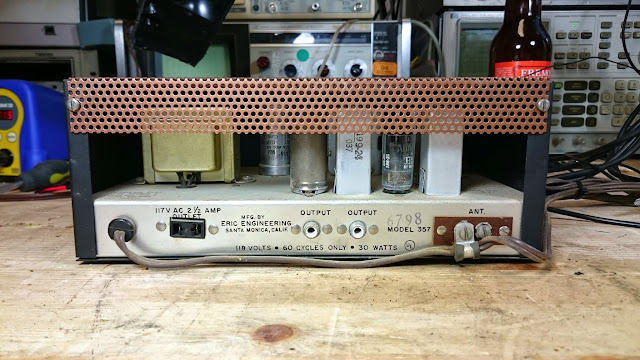 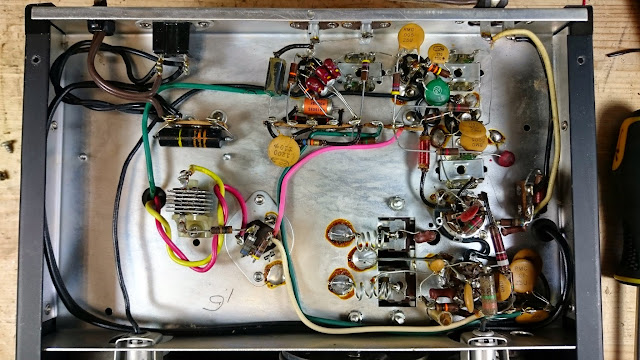 I replaced the selenium rectifier with a terminal strip and silicon diode, and relocated the three capacitors and their associated dropping resistors to the new strip. The power supply used a 3-stage RC Pi filter with B+ being finally taken off the third filter cap. 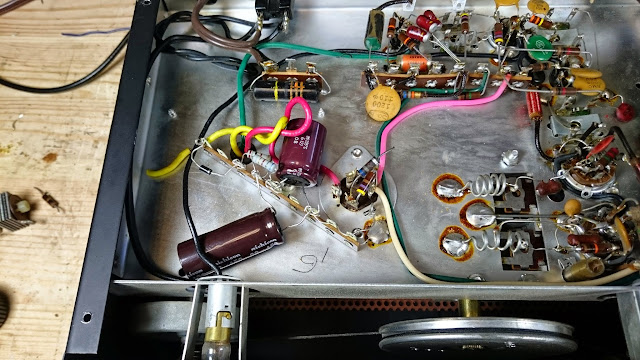 I also replaced the Bumblebee line-to-ground capacitor with an X1Y2-rated safety cap, the ratio detector electrolytic (which in this case was most likely responsible for the lack of audio output), the output capacitor, and both dial lamps: 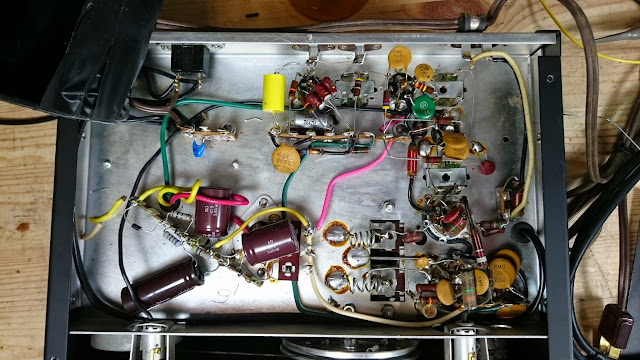 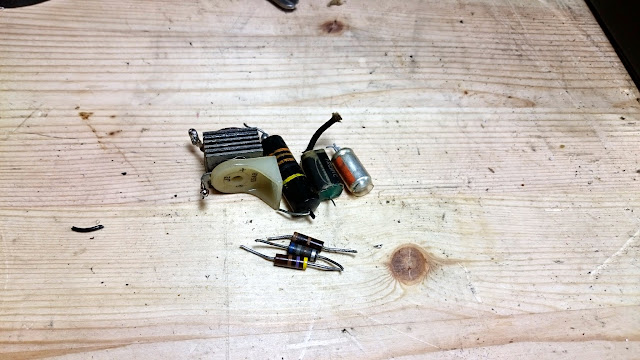 Finally, it was time for an alignment. The Sencore SG80 AM/FM Stereo Analyzer comes in handy for that. This design used both a ratio detector, and I believe lacked a limiter on the FM, so it’s a bit more sensitive to variations in the received signal strength than some other designs, and a ratio detector offers lower fidelity than a full discriminator, so an alignment was a must to get the most out of the tuner.

The best way to align an FM receiver like this is through distortion analysis which shows precisely how well the radio is working at converting the RF into audio. By bringing the front end into alignment by adjusting the oscillator for best tracking (which can also be measured through distortion), then work through the IF chain starting at the input to the discriminator or ratio detector. Adjust each element for lowest distortion, then move and repeat for the next stage back. 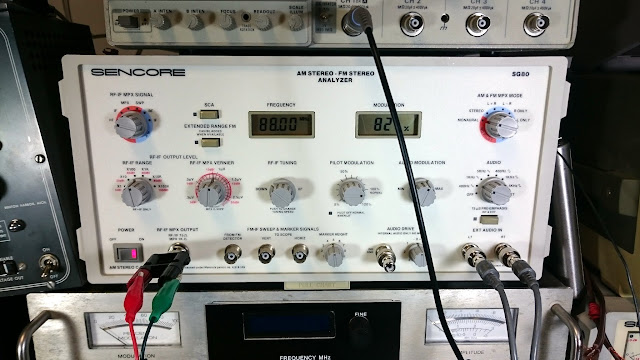 The alignment had drifted with age, while on station the dial was mis-aligned and it was receiving with excess distortion. 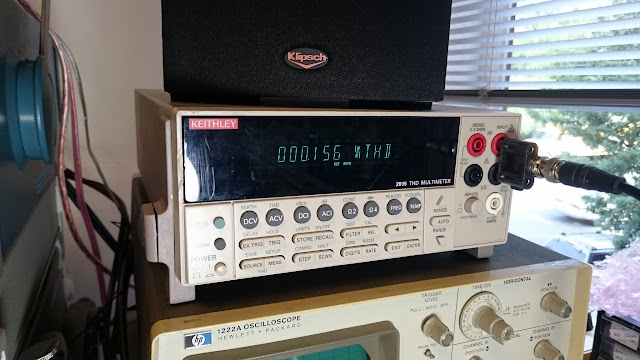 The oscillator adjust is a variable core near the front of the radio: 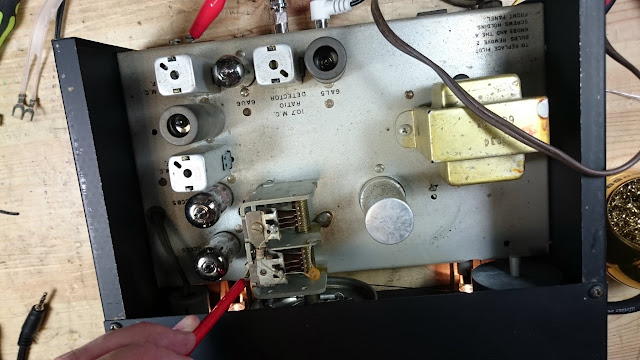 Then the antenna pre-selector: 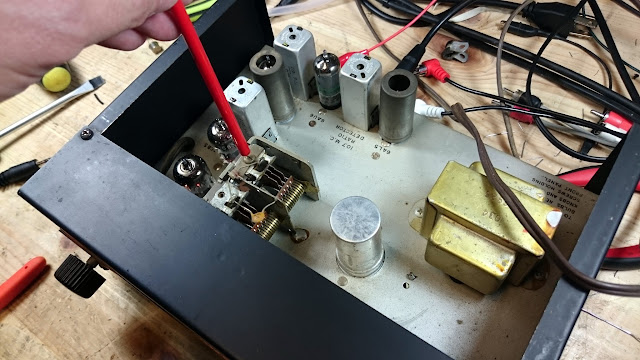 But it only significantly cleaned up with adjustments to the IF chain: 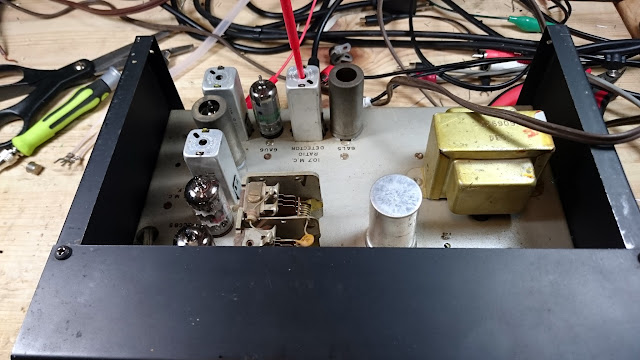 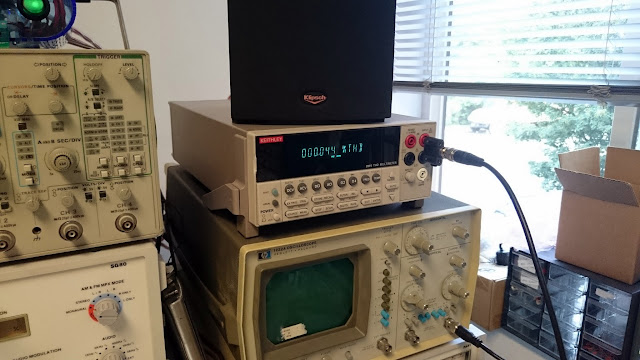 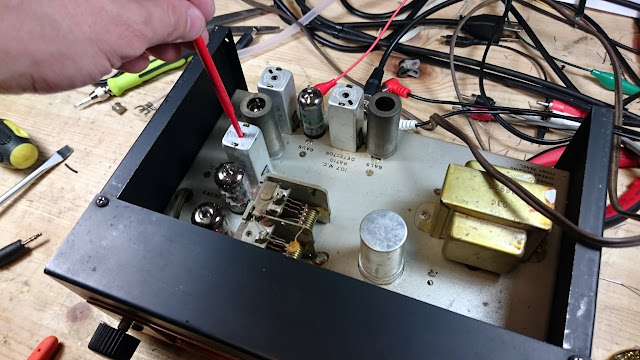 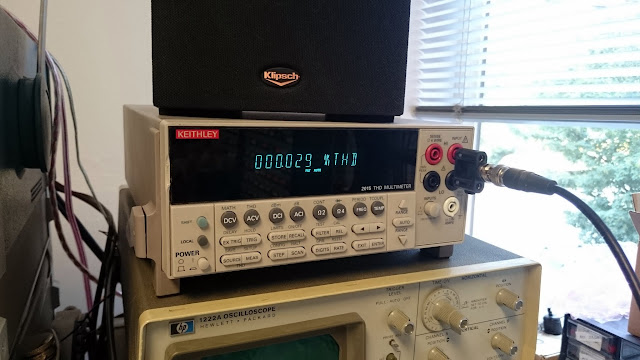 There we go! Finally settled at 0.029% THD, which is quite respectable. 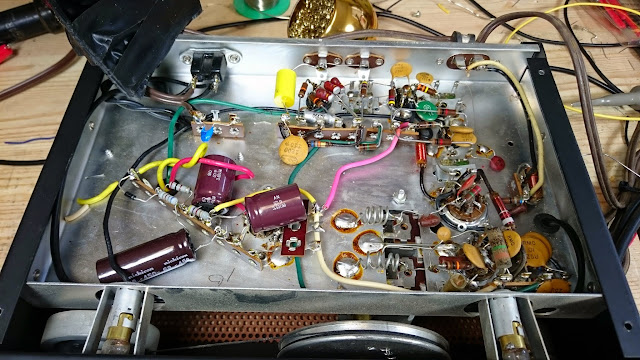 It peaked up very nicely! Ratio detector FM was more of a budget design but it still manages to sound quite good. 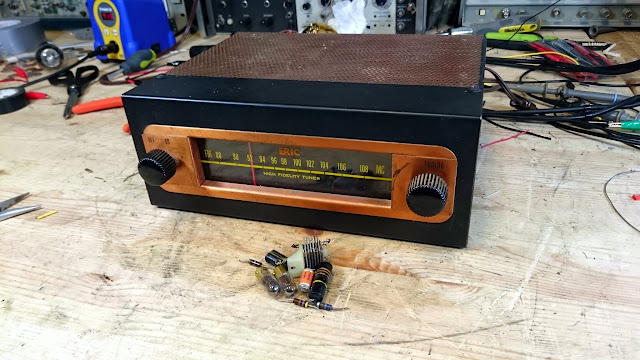 Another one of these obscure FM tuners saved! If your tube gear needs fixed, Rain City Audio can help.

This entry was posted in Uncategorized. Bookmark the permalink.