I recently got to work on another iconic piece of hi-fi history, the Marantz 2270 stereo receiver. I’ve had this model through my shop before, as well as a couple of other 22xx receivers and they’re well built and generally pretty straightforward to service. This particular model offers 70W/channel at less than 0.3% THD into an 8 ohm load, with frequency response from 7 Hz – 50 kHz. 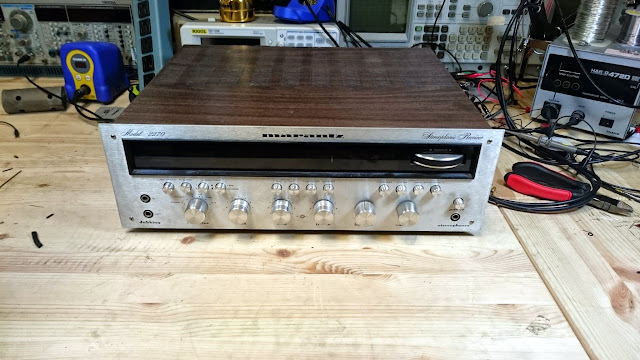 This unit’s owner pulled it out of storage and started listening, but reported the sound steadily got worse and worse. Good thing he sent it in before something worse happened! The capacitors were in pretty bad shape, including a visibly leaking main filter capacitor: 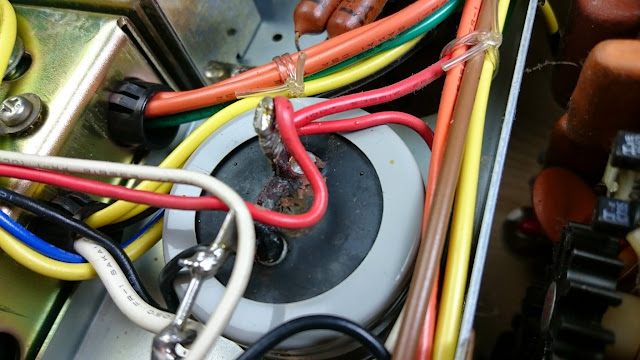 There are quite a few circuit boards in this receiver which all need serviced for a full recap. With only one or two exceptions, all parts were replaced with Nichicon Fine Gold electrolytic capacitors. There’s the FM MPX board: 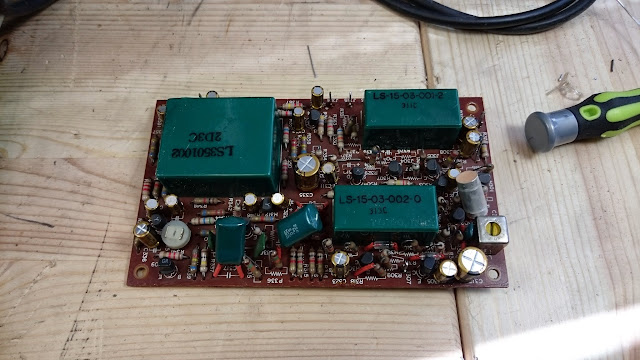 The regulated power supply board: 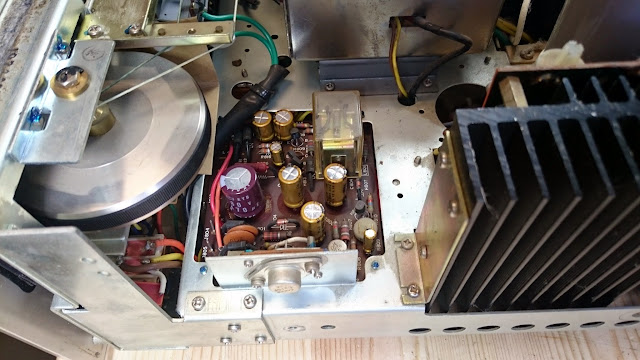 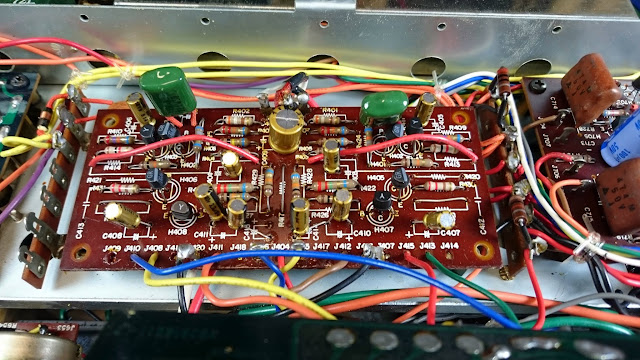 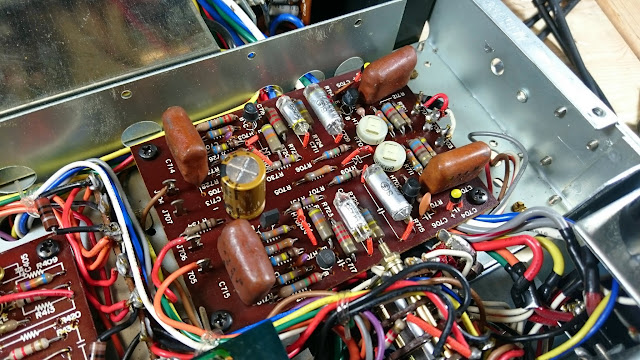 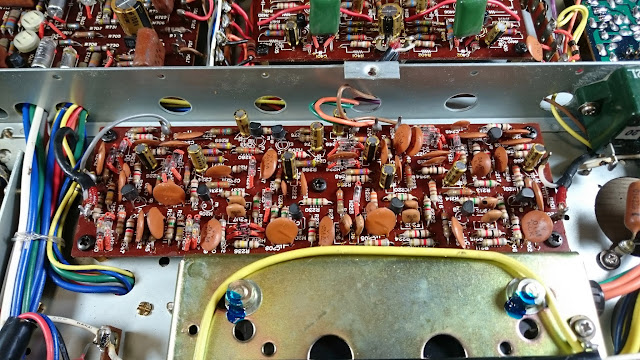 New main filter capacitors, which happen to be much smaller and offer better airflow: 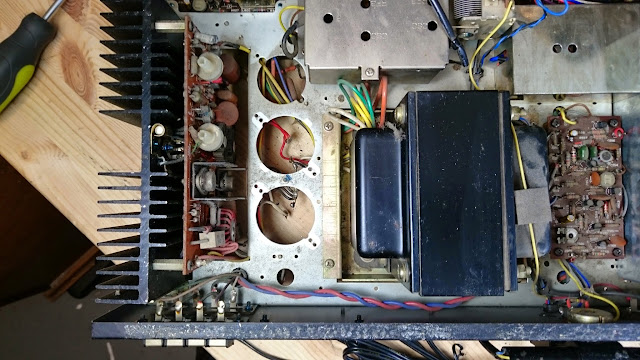 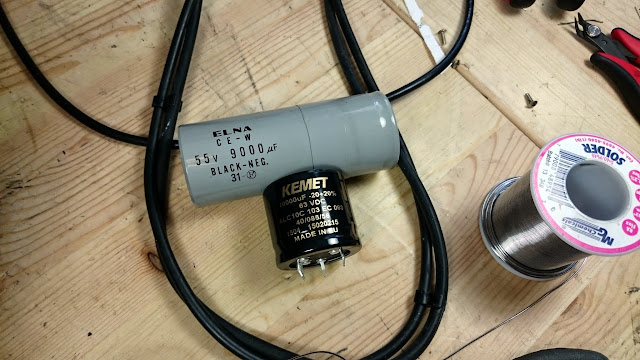 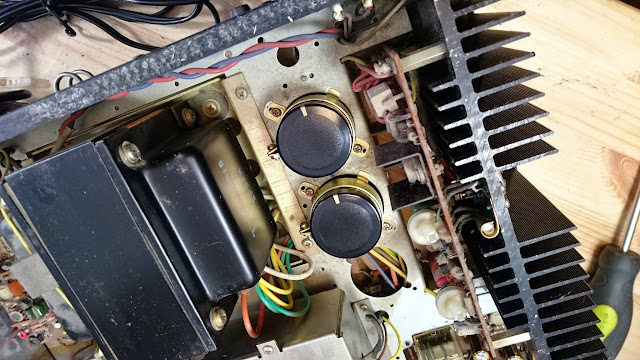 New capacitors on the final modules: 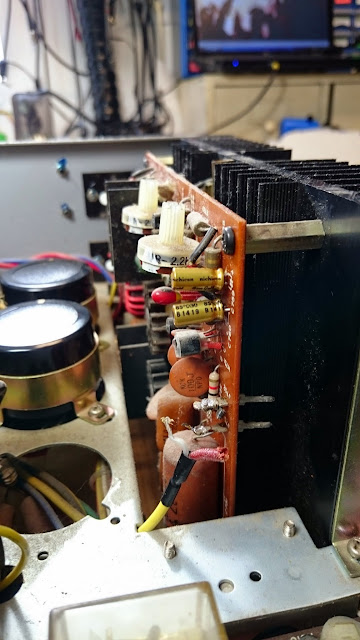 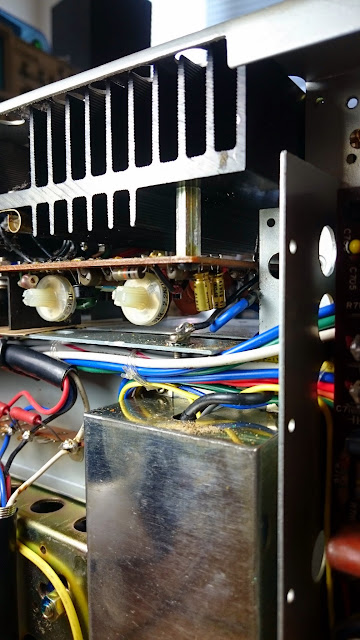 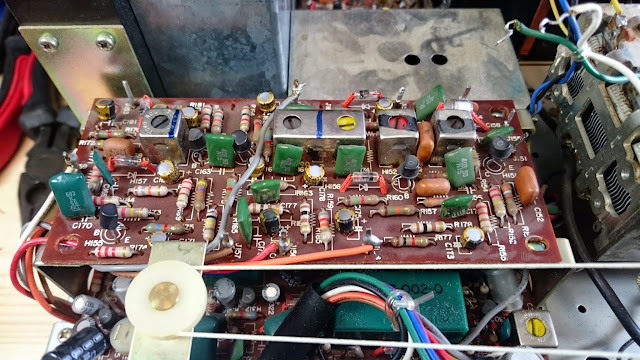 And not pictured, the demodulator and quieting circuits, which are in a tough spot to photograph but had 3 or 4 capacitors on each board. Then, it was time for power-up testing. First was to adjust the regulated power supply’s reference voltage, which had drifted high up to 38.35V over the years. 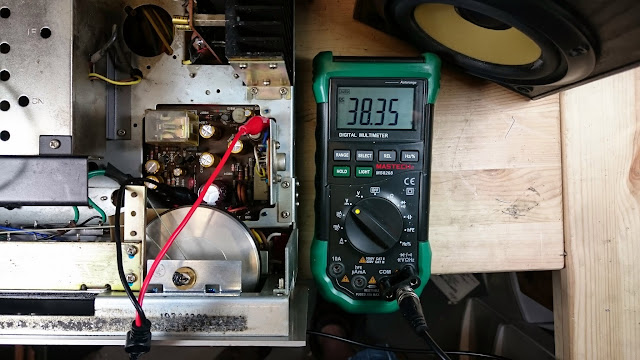 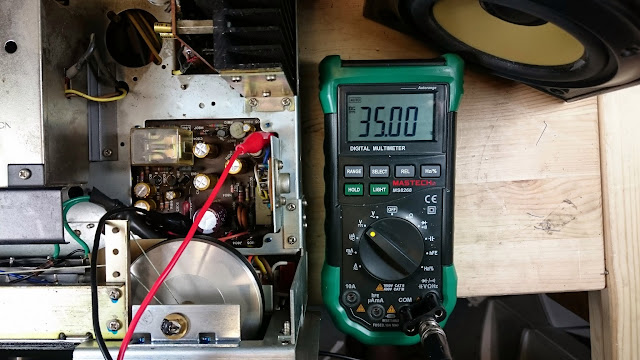 With that squared away, it was time to check and adjust the DC offset and idle (bias) current before hooking up the speakers. One channel’s DC offset weighed in at 69.4 mV, the other at 11.5 mV; both were reset to 0. 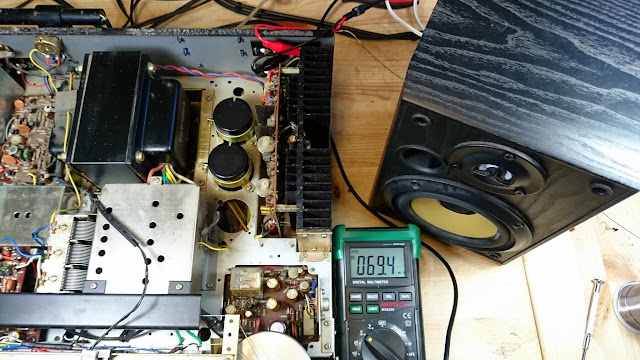 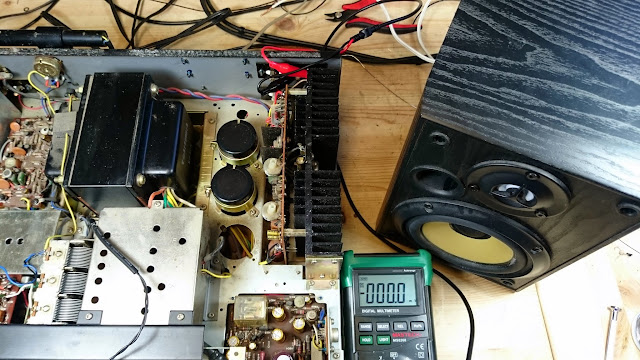 Functional testing revealed that the FM circuitry was suffering from poor reception and distortion, but the owner declined to have that function repaired, so it was on to the AM board for an alignment: 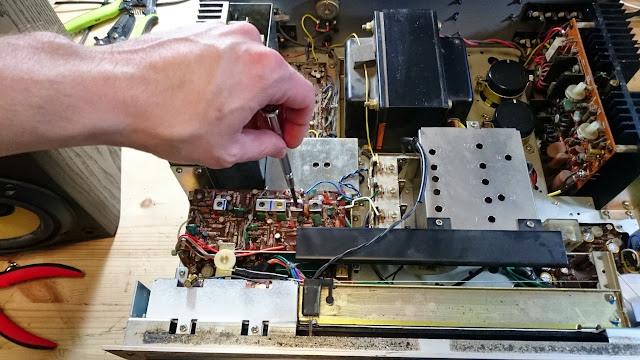 Several fuse lamps were burnt out and when they arrived, it was time to install. Seen here an old fuse lamp and a new LED fuse lamp. The LEDs offer similar brightness and evenness, but draw much less power and generate less heat, which further relieves some stress from the receiver’s power supply and will help it to last longer. 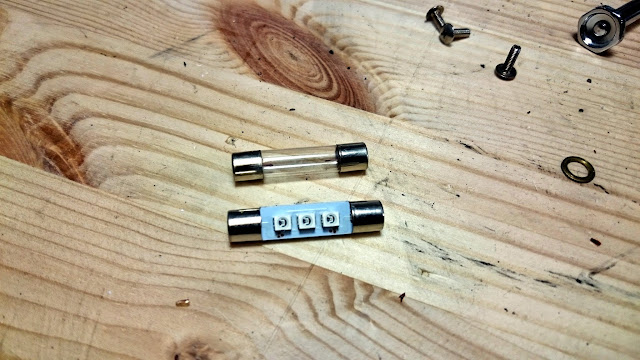 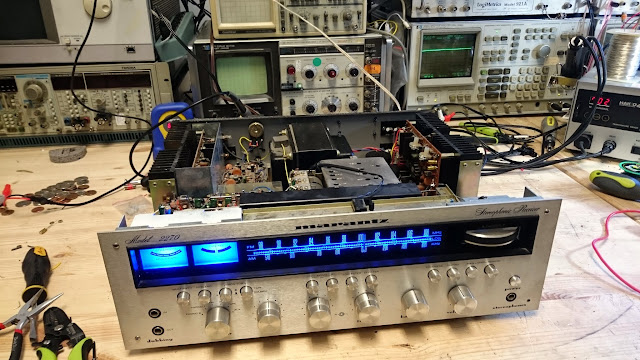 Looks great! With the cover still open, it was a good time to do some frequency response tests:

Flat +/- 1 dB, not bad at all! It sounds fantastic, too, and registered < 0.1% THD across the power band, significantly beating it’s factory specifications. Doesn’t she look great? 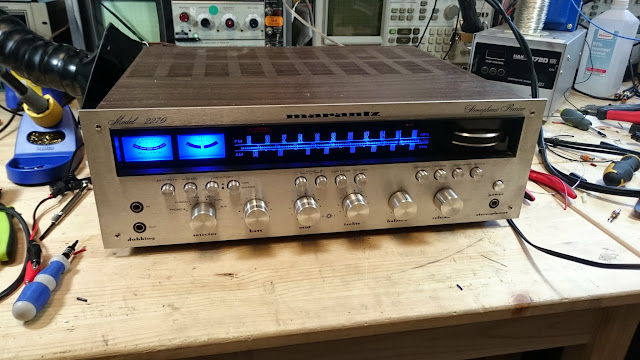 Quite a few parts came out: 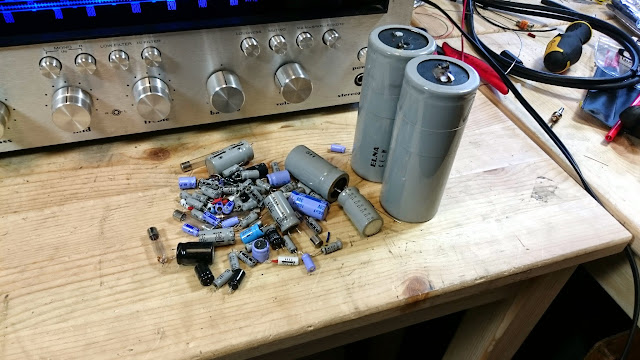 All in all, this Marantz should offer many more years of faithful and powerful service back at it’s home in sunny California.