A first for my shop, I recently worked on a Bose® 901 Series VI Active Equalizer! These are considerably newer than the Series I-IV that typically come through the shop, although they’re still getting to be 25+ years old at this point and that’s a long time for any piece of electronics gear, so I’d expect to start seeing more of these come through in the future. 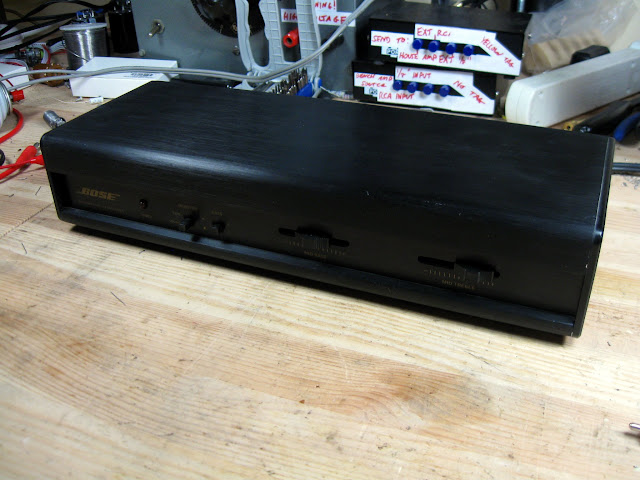 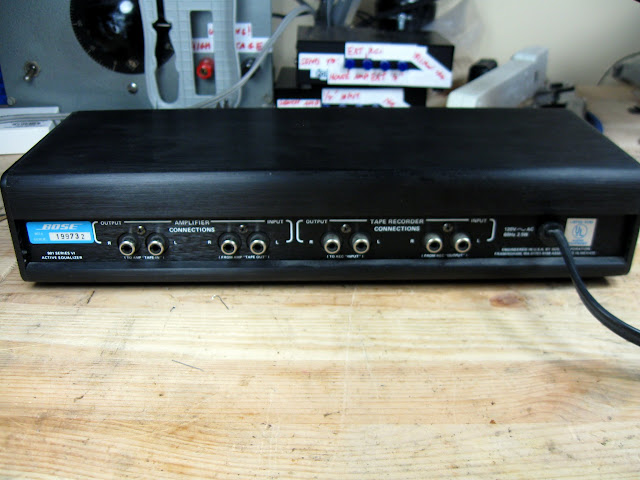 It’s a wide, hefty black anodized aluminum case with mid-bass and mid-treble faders, a bass countour switch, LED power indicator, and tape monitor selector. Unfortunately interior shots aren’t available due to a camera mishap, but the design is fairly similar to the Series IV, except using slightly newer op-amp chips. Where the Series IV has four dual op-amp chips, the Series VI adds another active stage and uses a set of quad op-amps in addition to the duals, for a total of 6 op-amps in the circuit. It also features TO-92 package voltage regulators for the positive and negative rails, instead of just an unregulated power supply as earlier versions did. 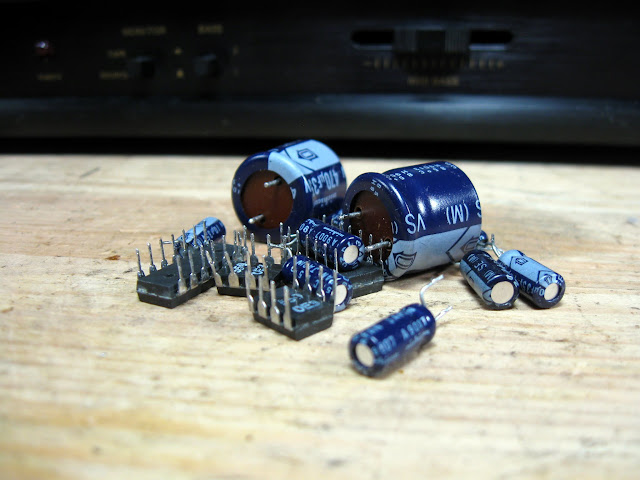 As is standard practice, noisy old op-amps came out along with failing capacitors which were causing an intermittent signal in one channel. In went brand new Texas Instruments low-noise op-amps to replace, which will get this equalizer going as good as new. 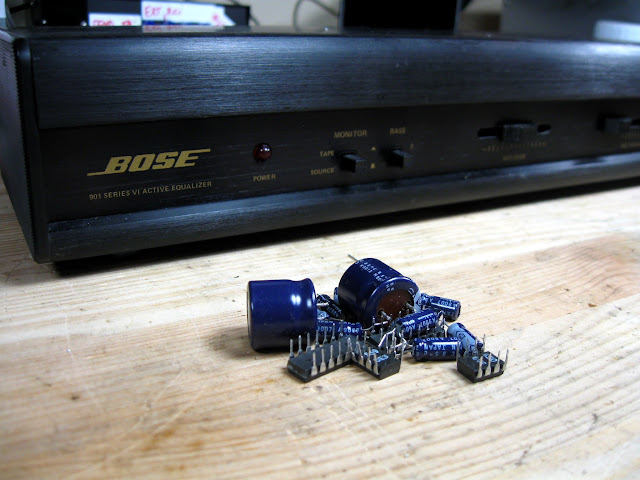 After verification and burn-in testing, it’s ready to go home! With new chips and new Nichicon Fine Gold audio capacitors, this Active Equalizer should sound fantastic for a long time to come.

If your Active Equalizer isn’t working like it should, Rain City Audio can help!