This stunning piece of late mid-century modern German engineering, the iconic Grundig SO 191, recently came through the shop. It’s owner picked it up from an antique shop in nearly pristine cosmetic condition, but with a few electrical issues to sort out. It’d power on, but wouldn’t play! That’s definitely a problem, and so it was time for a full overhaul. 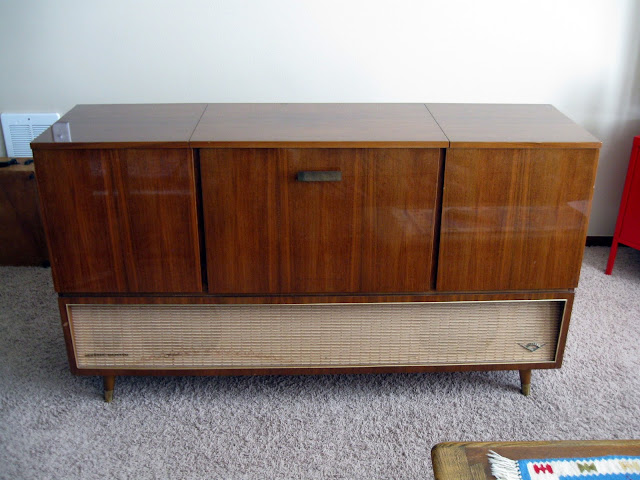 Other than a stain at the bottom of the grille cloth, this console was immaculate. It’s a massive, powerful, top-of-the-line console from the era: a total of 16 tubes, AM/FM/Shortwave and a powerful stereo amplifier with push-pull EL95s per channel driving three high-efficiency drivers, two forward-firing and one side-firing per channel for a total of six speakers. 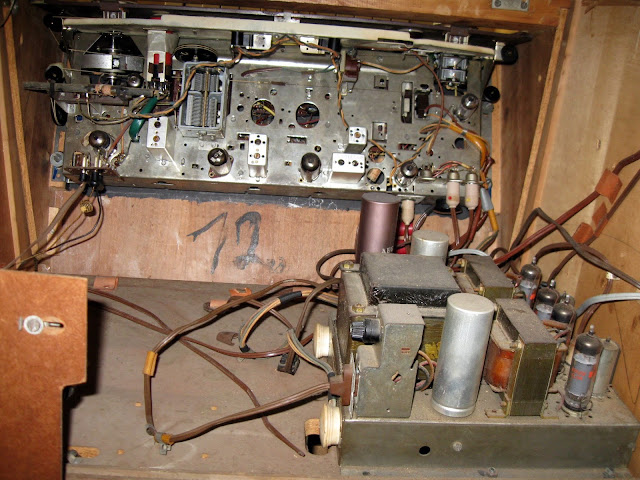 It’s so powerful, it’s split up onto two chassis! The amplifier module itself is well regarded in audiophile circles and can command several hundred dollars on the secondary market. It’s paired with the tuner unit with a magic eye tuning indicator and the rest of the circuitry. The technology also really shows the era this was made in: while it has a very sensitive and high fidelity FM tuner, and the amplifier itself is stereo, there’s only true stereo output possible from a turntable or reel-to-reel: the FM tuner lacks an onboard de-multiplexer and has no provisions for an external one. When this console was manufactured, FM Stereo had only just barely been invented and wasn’t fully standardized yet. It’s unfortunate, but even still, it sounds great in dual-mono when fixed up! 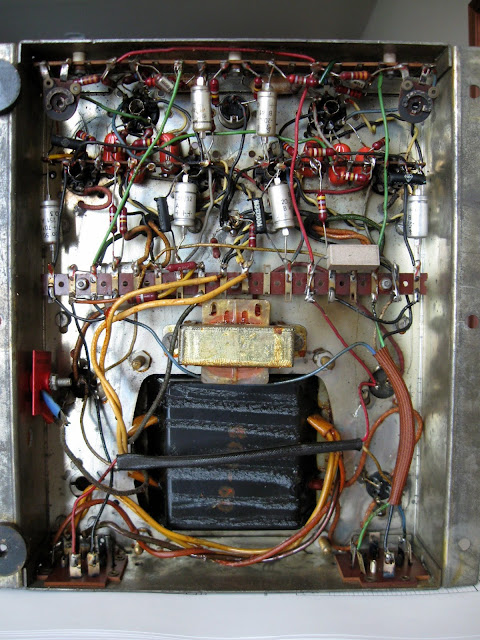 Underneath, six coupling capacitors had been replaced with new film caps sometime in the ’90s, but the rest was all original. And the cause of the lack of output was very apparent: one lead of a power resistor in the B+ path was broken off, depriving most of the tubes of their power. That’s no good! A full re-cap of the amplifier, including Nichicon electrolytic capacitors in the signal path and KXG-series electrolytic capacitors in the power supply for extra long life. 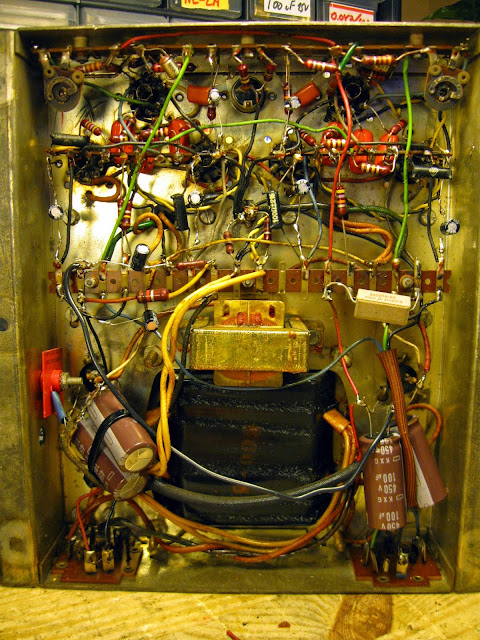 I tested the forward and reverse resistance of the selenium rectifiers and they were within spec, so I left them in place. There’s a very large selenium bridge in a can on top of the chassis, and a single-plate selenium rectifier for the bias supply. 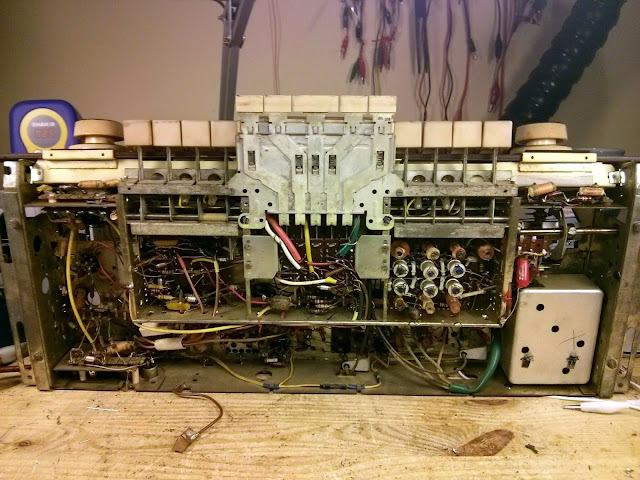 Up in the tuner section, it’s cramped as German radios often are – but with the amplifier and power supply on a separate chassis, it was surprisingly workable! I spot-checked resistors for tolerance as I passed them and every one I measured was within specification, as has been the case on nearly every German radio I’ve serviced. They sure built them to last! After component replacement, it was time for a first power-up. Not bad – but not great, either. There were a few issues. First was the power switch: the switch mechanism itself was damaged, somehow, and would never energize. Cleaning didn’t help and the switch was buried deep in the mechanism so the owner opted to bypass it and install a new switch on the power cord. Finally, the multiband tone control had an issue. Most of the bands worked, but the final treble adjustment which worked by pushing on a cable via mechanical linkage to change the bandwidth of the final IF transformer was nonfunctional. The cable was seized inside its housing, and cleaning and lubrication from both ends weren’t sufficient to fix it. The risk of permanent, functionality-killing damage was too great to overcome so we decided to leave that as-is. “Normal” through “Decreased” worked, but a treble increase wasn’t available after this fix. Then, an alignment, and ready to go home! 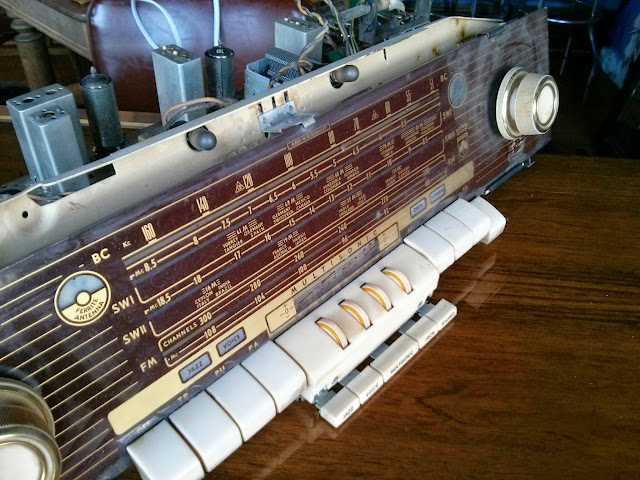 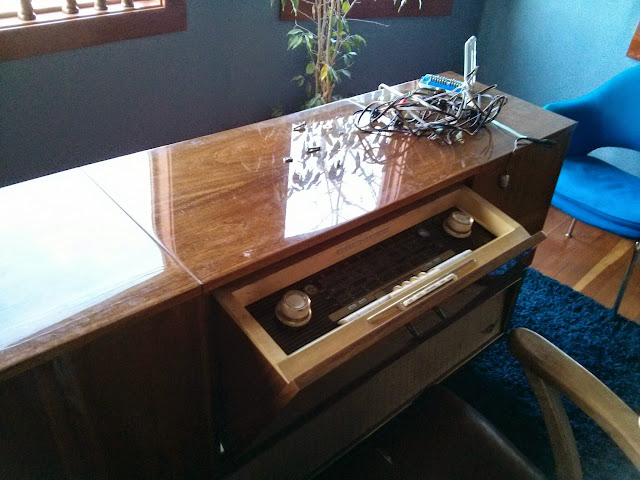 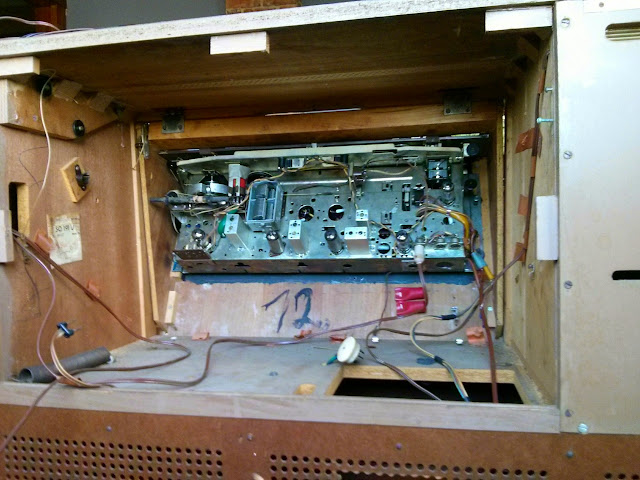 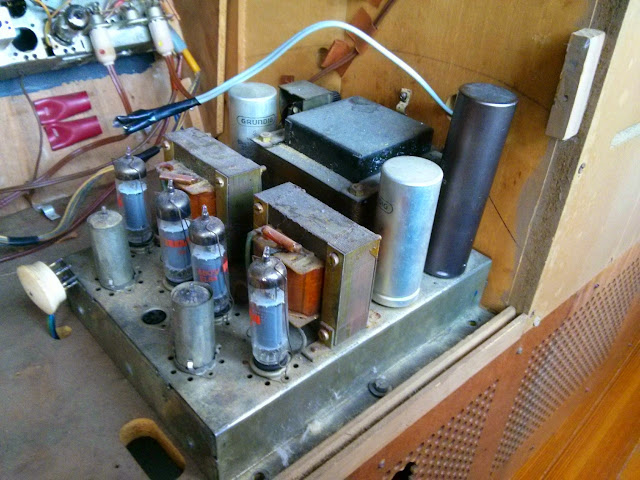 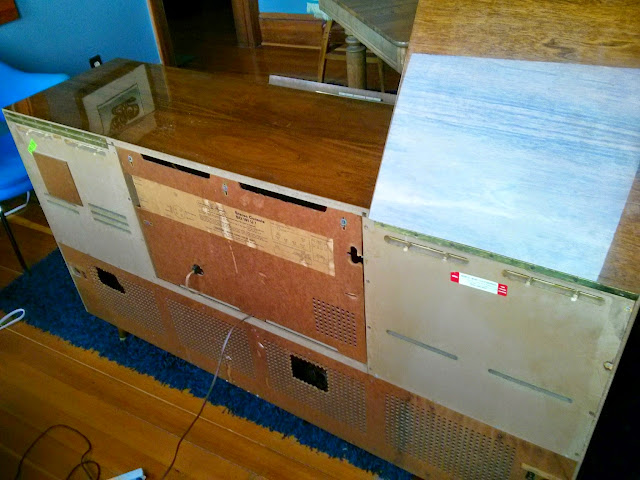 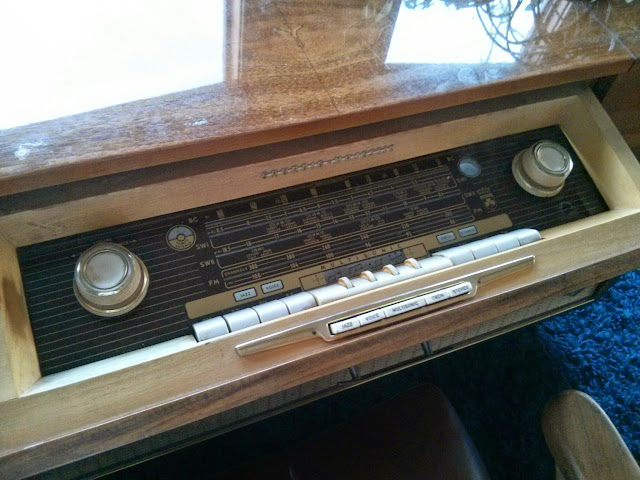 This radio is truly a marvel of high-end German engineering and with this service, it wouldn’t surprise me to have it last another 50 years. It’s a lot of work (and a fair bit of money!) to bring one of these back to life but it’s well worth it in the warm yet commanding sound they produce.

If you need your vintage radio serviced, Rain City Audio can help!