Classic speakers are always a delight to work on, and speakers have capacitors and other parts which require service, too. Over the years those components can fail and result in poor sound and even potential speaker damage.

In this case, the speakers on the bench are the Ohm Acoustics Model D. Ohm is more well-known for the Walsh speakers which produce an interesting omnidirectional sound from a vertically oriented cone; these Model D speakers were a more economical version that still offers warm and rich sound, especially known as being great for rock and roll music. 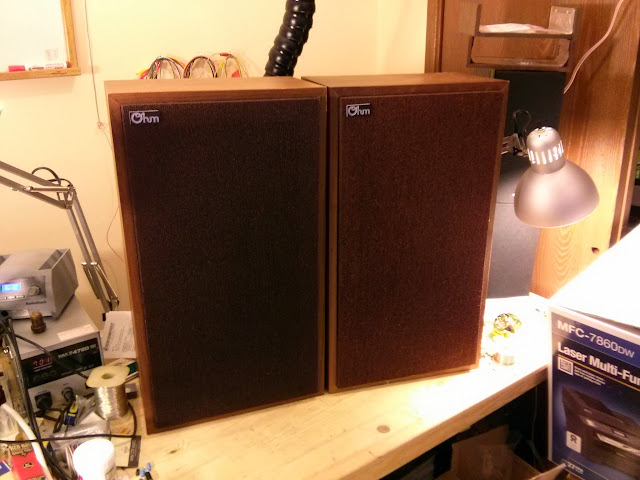 Ohm is still in business making boutique hi-fi speakers, and these speakers which originally cost $400 a pair in the early 1970s are still worth a $400 trade-in credit towards a new set today. They feature a 10″ woofer and a CTS phenolic ring tweeter packaged in a solid hardwood cabinet with a resistive (aperiodic) port. A resistive port is half-way between an acoustic suspension enclosure and a reflex enclosure, it’s not the most common design. Inside, there’s a 2 uF and a 20 uF crossover capacitor, an inductor, and a rheostat to adjust the tweeter level. 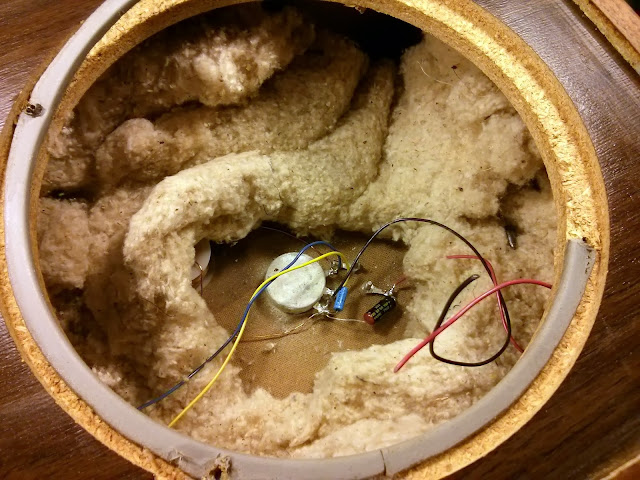 These speakers were used for only a few years in the ’70s, picking up only the tiniest of nicks and dings, before they were put back in their original boxes and stored for the next 40 years. Even with such careful storage, though, the woofer foam had degraded and was due to be replaced – so the first order of business was new foam surrounds. 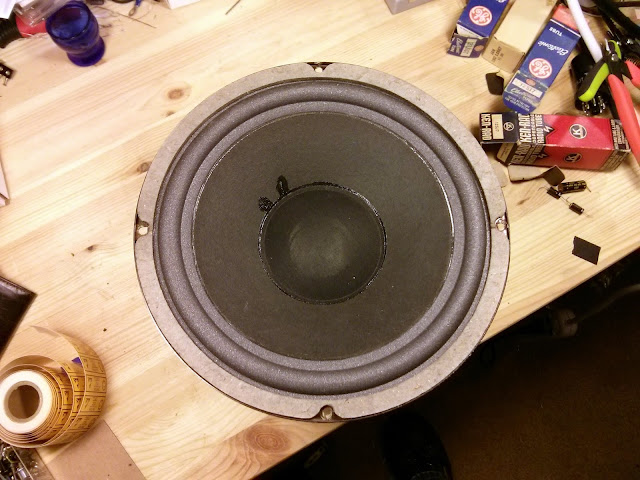 Then it was to address the crossovers. 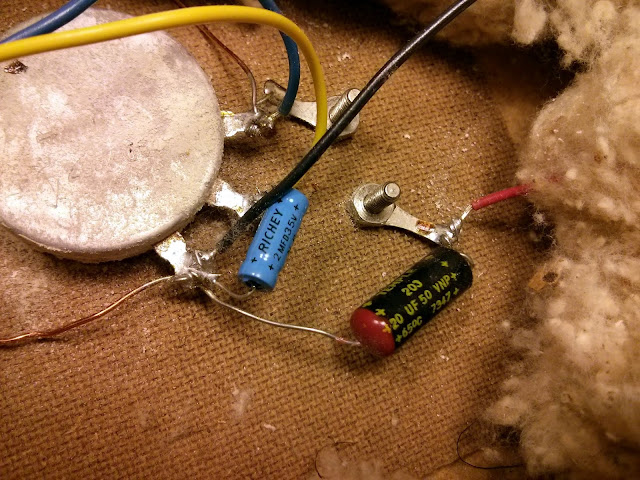 Bad capacitors mean bad sound! And this one certainly was bad. It’s supposed to measure 20 uF, but instead is measuring 0.0013 uF. That’s no good at all. 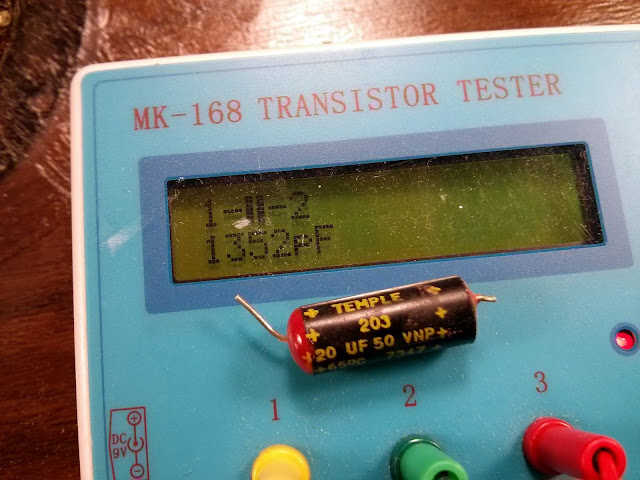 And this one’s showing more ESR than I’d like: 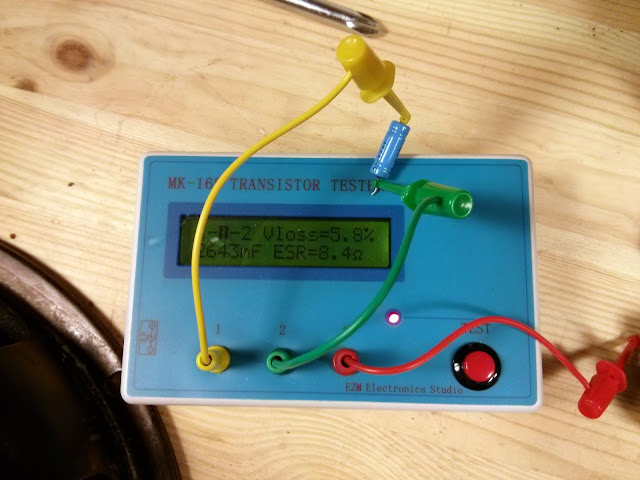 Beautiful classic speakers like this deserve nothing but the best, so I used brand new audiophile grade film crossover capacitors which are exceptionally stable and have a low dissipation factor for unmatched performance. 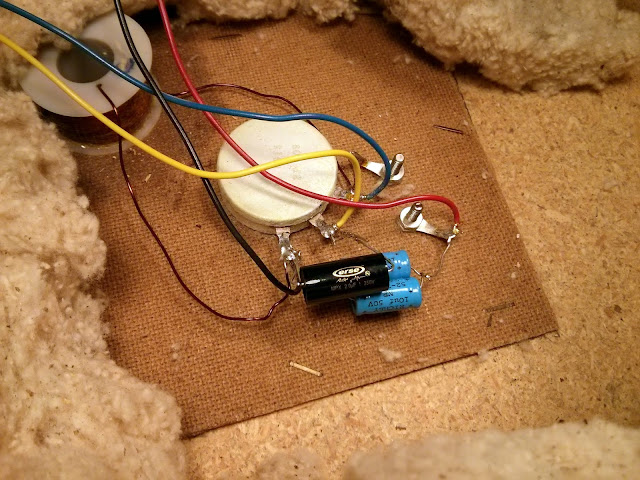 It was rather interesting – these were purchased as a pair, but inside, used slightly different capacitors. Both of the same value, but one used a single 20 uF bipolar capacitor and the other used a pair of 10 uF in parallel. 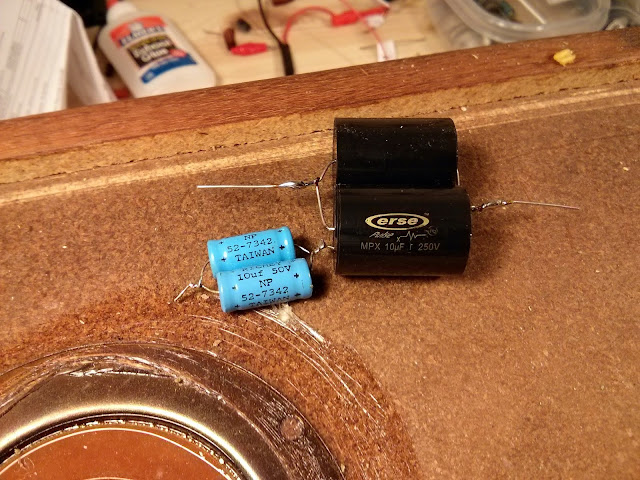 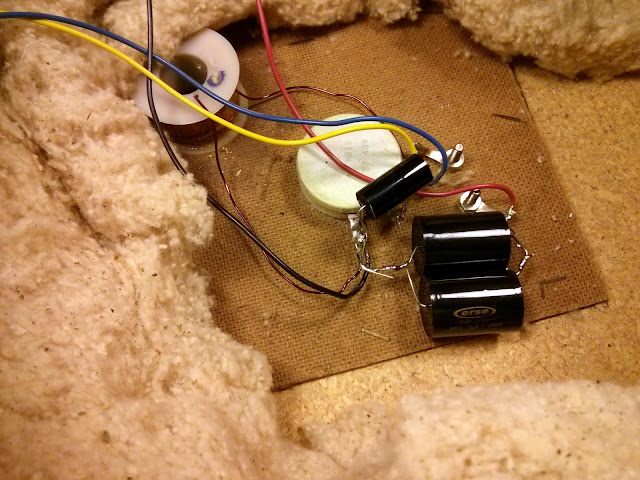 Now, it’s time to put the woofers back into the cabinets after cleaning up the gaskets: 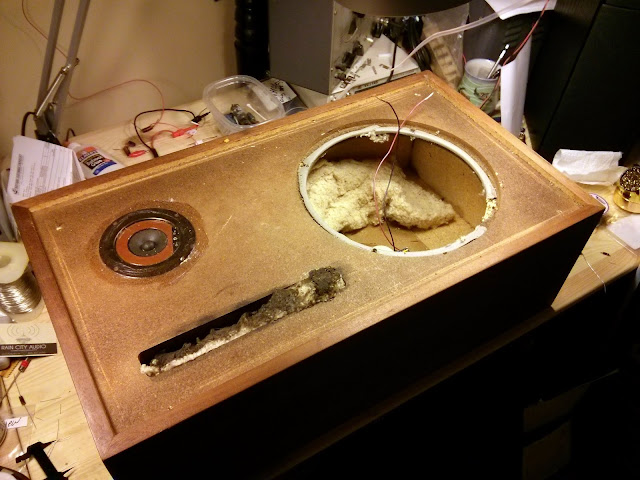 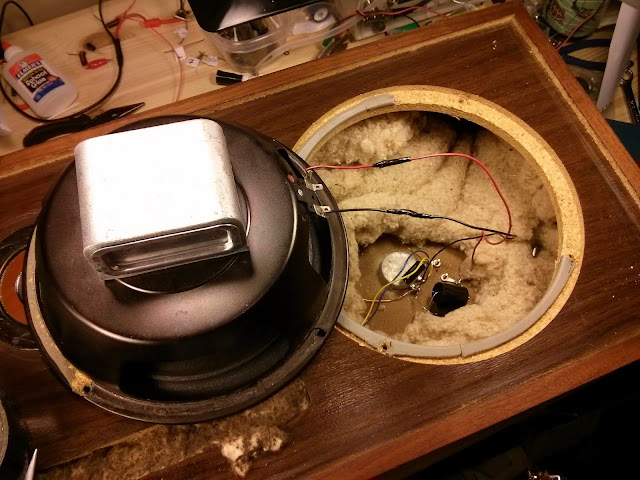 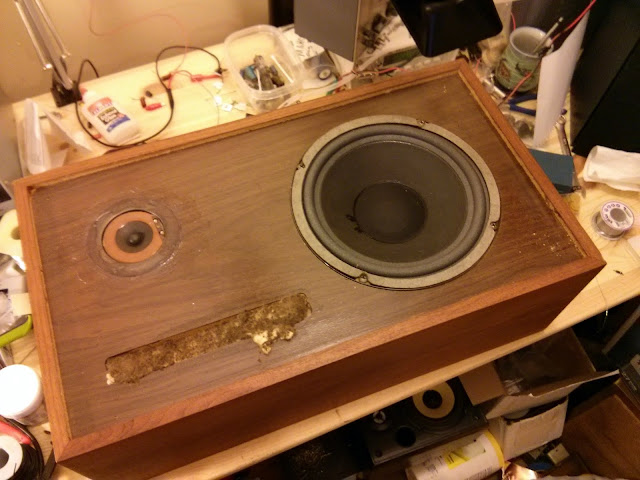 Finally, time to package it all back up! 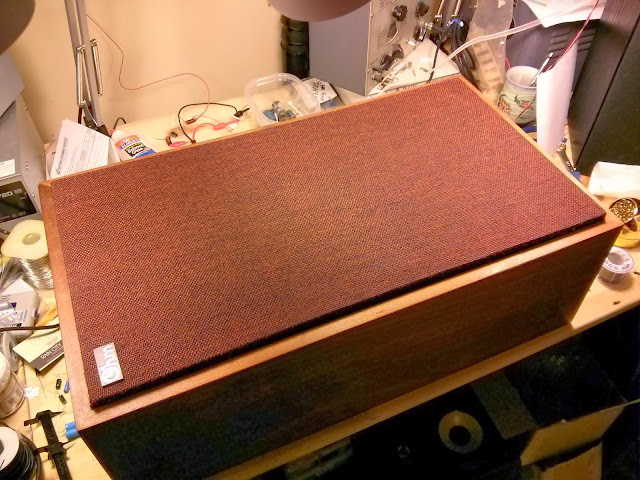 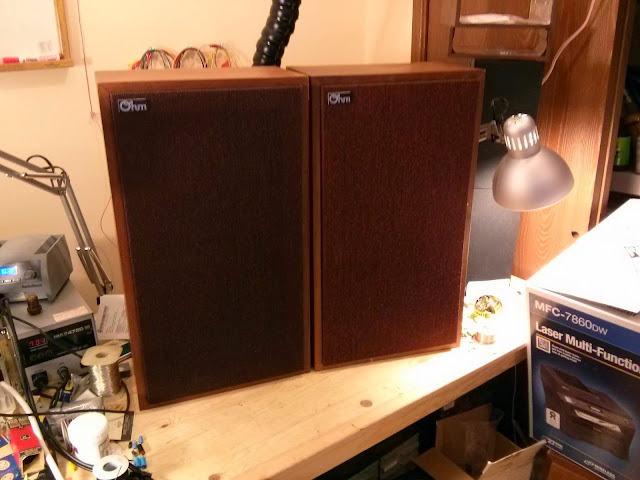 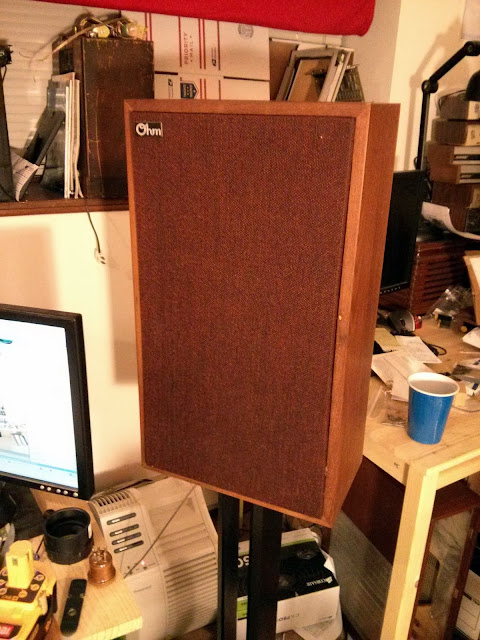