A local client brought me a radio which was in the family for many years, a cute little “fridge radio” made by Westinghouse from 1945-1947. The same year Westinghouse released this new model of home refrigerator, they also released this Little Jewel radio in the same style as a companion. Many examples of this radio found their way into homes and kitchens over the years and are a great little collectible from the post-war era. 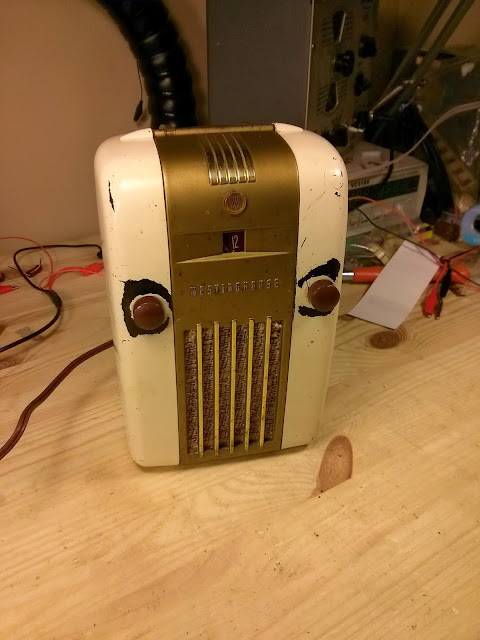 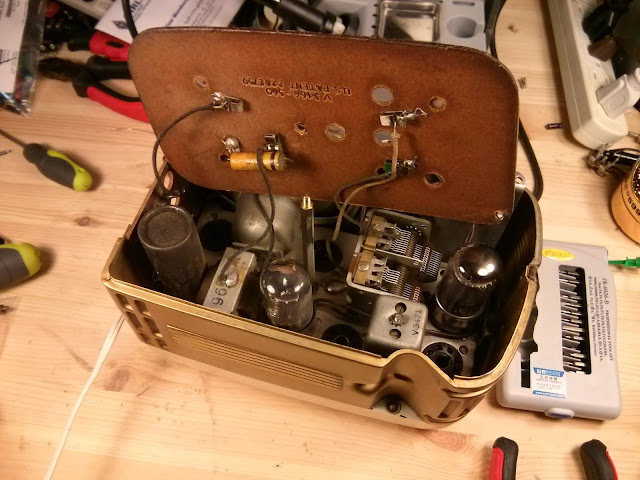 They sure packed it into here, too. The radio is held in place by two chassis bolts, one in each side and a rod which stabilizes it in place. 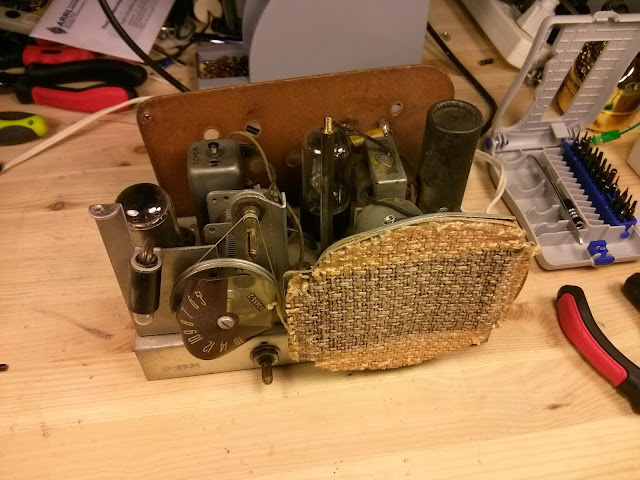 The dial scale has badly warped with age, but the grille cloth is nicely intact. 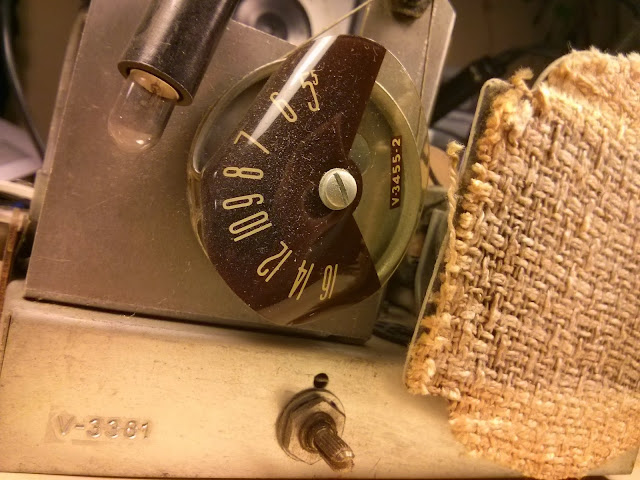 This radio’s owner mentioned that it had been playing but recently cut out. No surprise why – the original parts under the chassis looked to be in pretty bad shape! 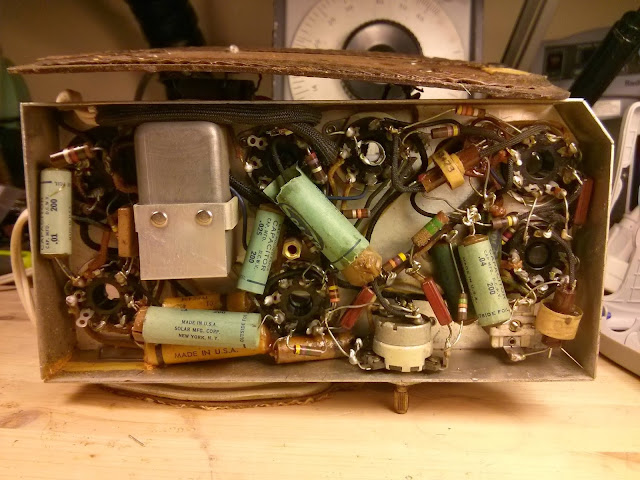 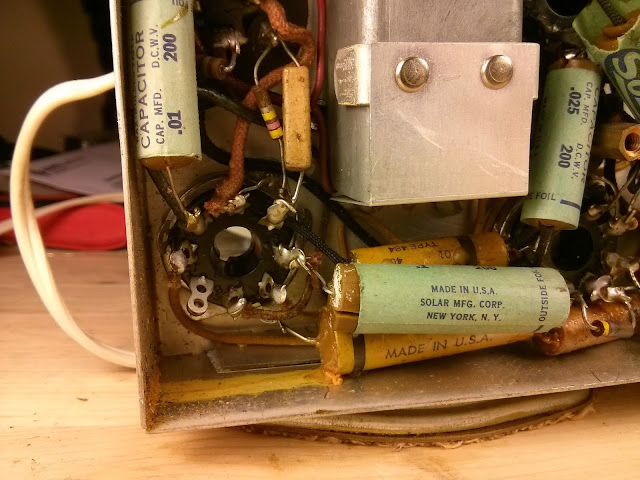 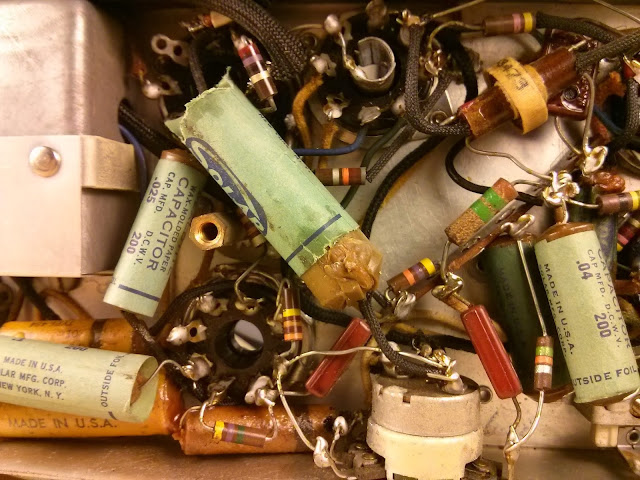 Melted, leaking and blown capacitors will cause all sorts of issues – no wonder it wasn’t running like it used to! This radio was pretty cramped underneath the chassis, but there was enough room to install both electrolytic filter capacitors and the cathode bypass capacitor on the output tube under the chassis instead of needing to re-stuff the can on top. 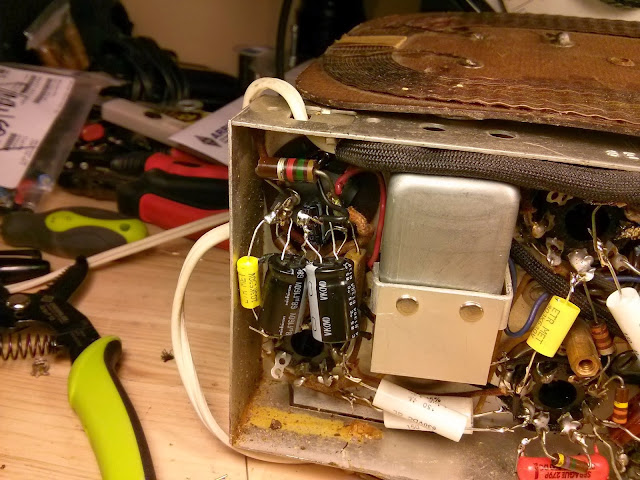 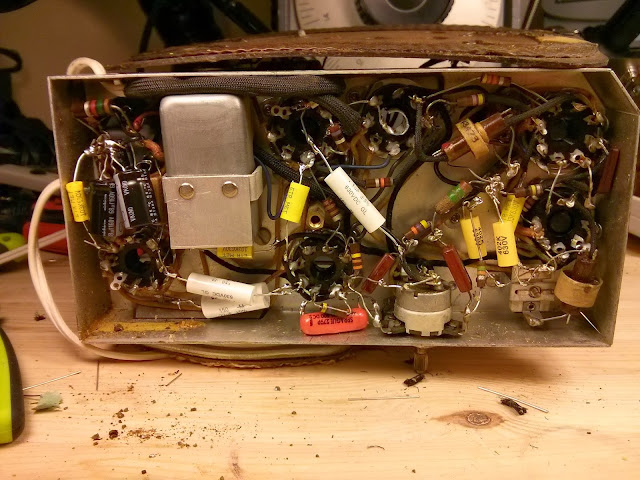 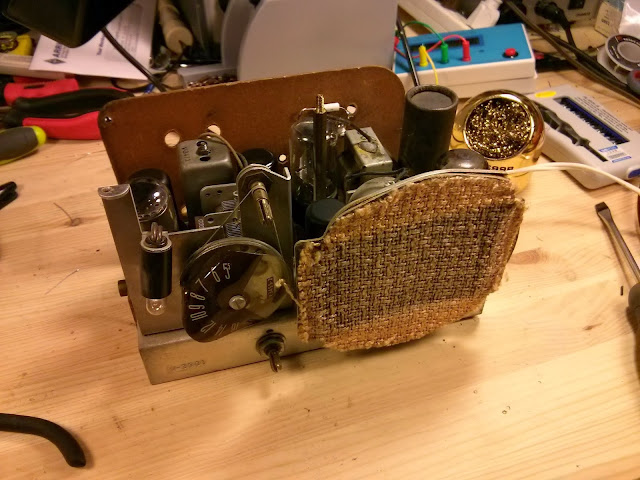 I had a reproduction dial scale made up to replace the warped original, and replaced some tubes which were testing weak. 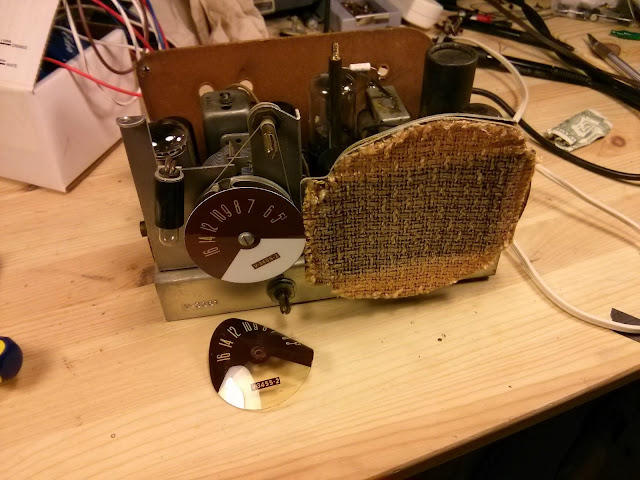 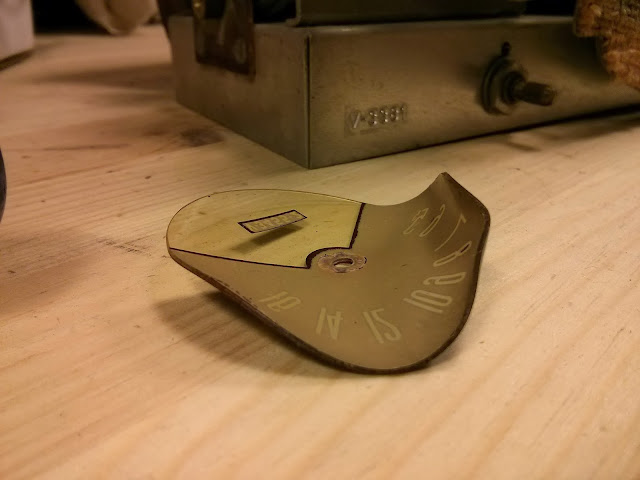 Finally, it was time to test it out and tweak the alignment trimmers, then back together! It sounds a lot better than I’d expect with such a small radio – the case makes an interesting vented enclosure. On 880 KIXI, you can really hear the low notes, and the vent on the top seems to serve as a port for the speaker. 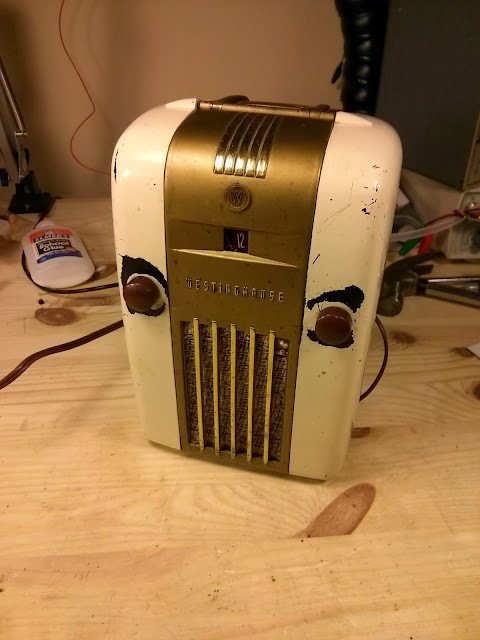 After being refurbished electrically, this radio is going to perform beautifully for many years. It’s got a rich tone and great audio clarity even more than you might think from such a small speaker.