I’ve had the privilege of working on this 1931 Westinghouse grandfather clock radio, the Columaire WR-8. These are a very beautiful and desirable early piece of radio engineering and featured a New Haven Westinghouse electric clock in the front and the controls on the right side of the radio.

This is a nice high-end superhet radio with 9 tubes, 24 24 27 24 24 27 45 45 80. Push-pull 45s will give a great warm sound out of the 12″ speaker mounted at the top of the clock. It’s definitely worth fixing up – the Radio Collector’s Dictionary lists its value at $900, although they go for somewhat less than that in the wild. This is a very early design and everything was still very large – not to mention, the radio has a 4-gang tuning capacitor. The power supply is full of large iron. Put together, the radio has two chassis each larger than most even large radio chassis even a few years later. 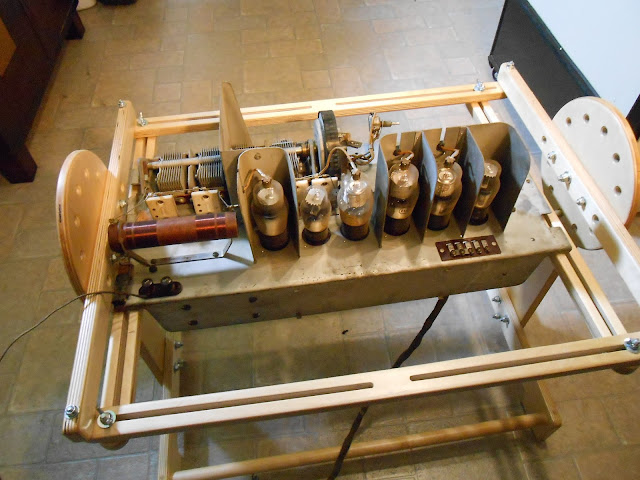 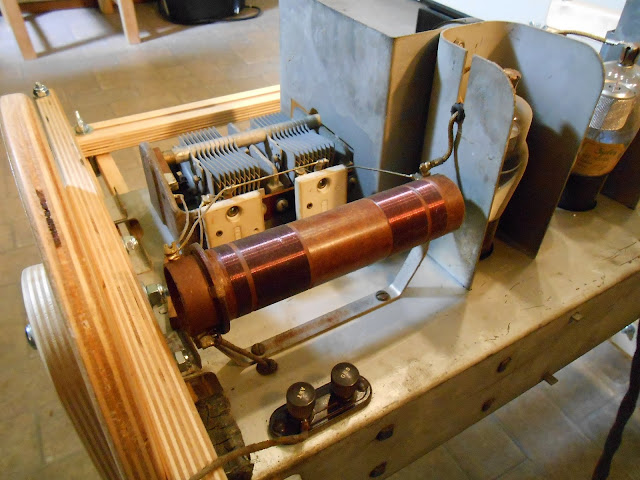 Underneath, it’s a fairly straightforward layout. Coils, IF transformers and components. The capacitors are all in large blocks against the chassis. 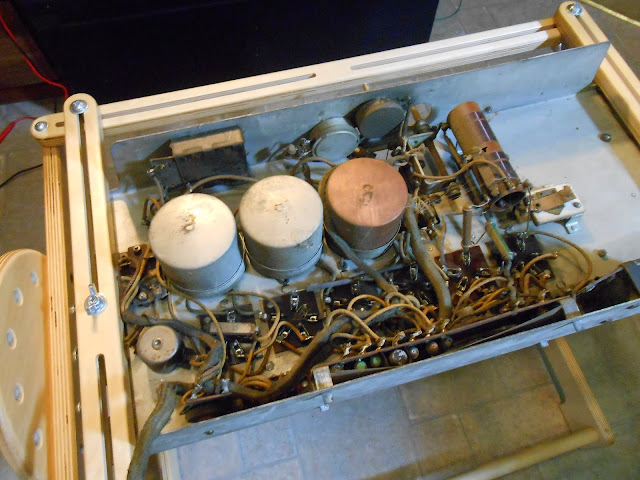 In the power supply, there’s some immediate bad news: 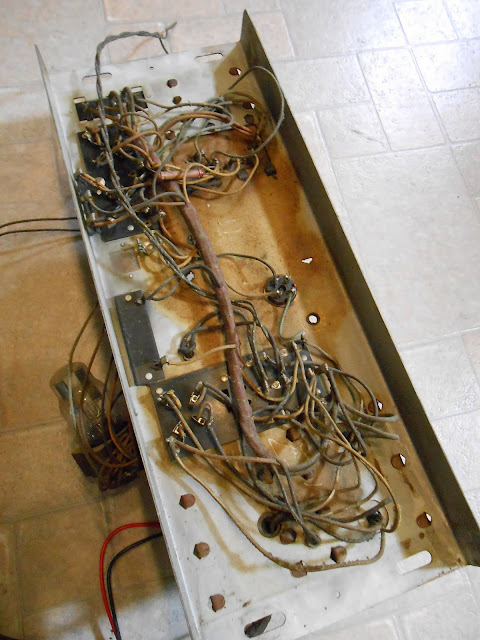 It looks like the power supply filter capacitors failed and shorted out, causing excessive B+ current draw which caused damage and internal fusing, and the heating caused the transformer’s potting tar to melt out all over the bottom of the chassis pan. The B+ winding is supposed to show about 350 Ohms when in good condition, but it was showing nearly a dead short. I set about locating a replacement transformer in the background and worked on some other aspects of the repair.

Fortunately, there are quite a few models which used a similar power supply. Quite a few Victor radios of the era, several models of Radiola, and the other Westinghouse radios all had identical power supply chassis with parts that could be used interchangeably. 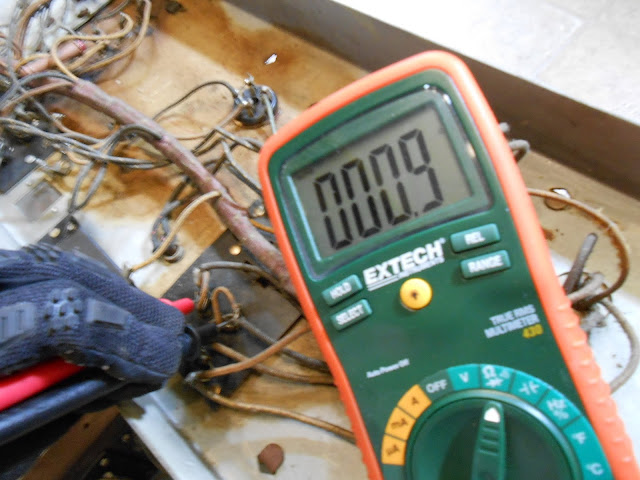 The capacitor block in the chassis was up for replacement. I first thought about mounting the replacement terminal strips on the underside but chose to move them for final installation. 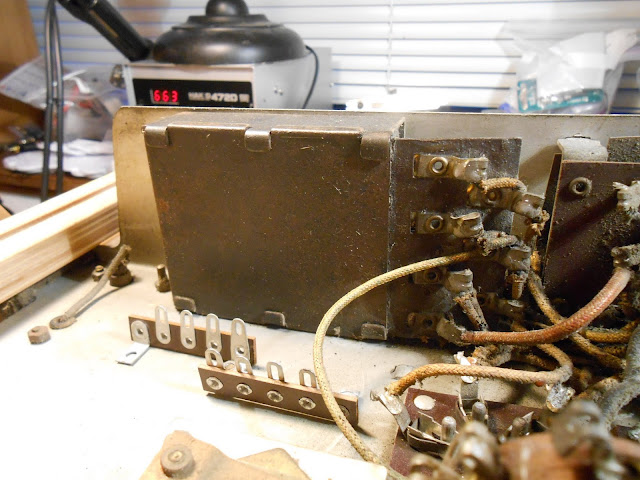 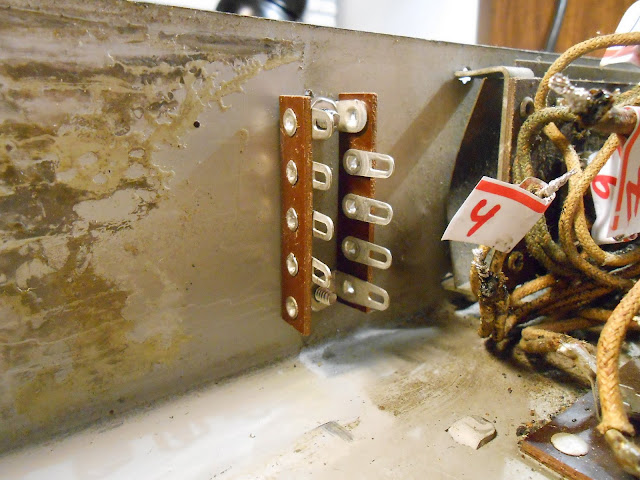 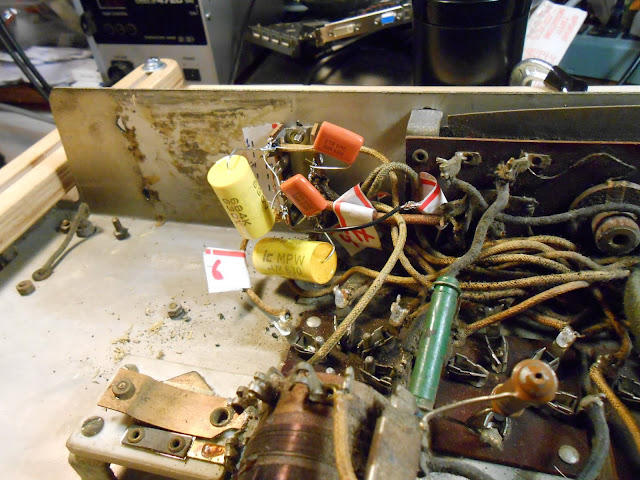 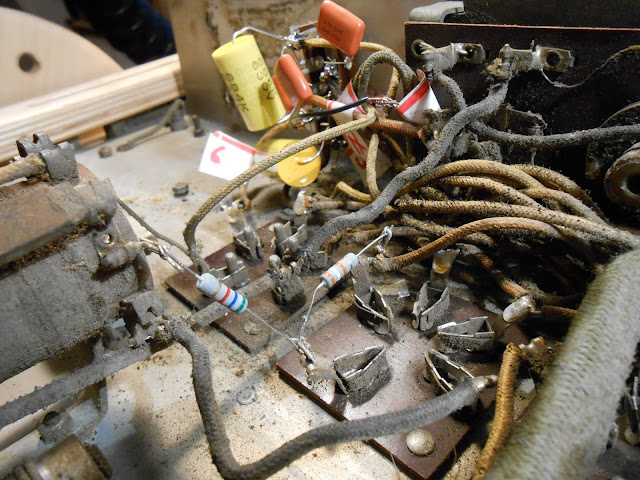 The detector plate RF choke was open, so I mounted up another terminal strip and replacement. The value isn’t especially critical; I used a 10 uH plate choke with negligible DC resistance and rated for 2A, an order of magnitude more than it will ever experience. 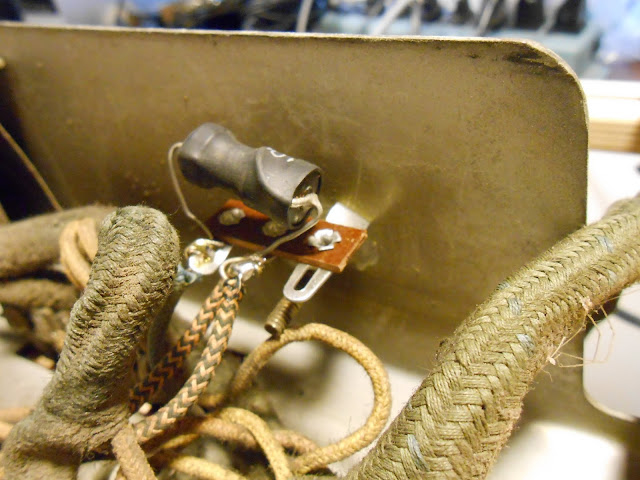 Quite a few weeks later, the replacement transformer did turn up. It’s a period service upgrade transformer. RCA specified a separate winding for the 45 tubes which reduces hum, so this new model connects the thickest 2.5V winding to the receiver chassis terminals, and the thinner 2.5V winding goes to the #45 output tubes. This isolates the . Even though this does reduce the hum level somewhat there is still some baseline hum due to the primitive filtering techniques of the day. 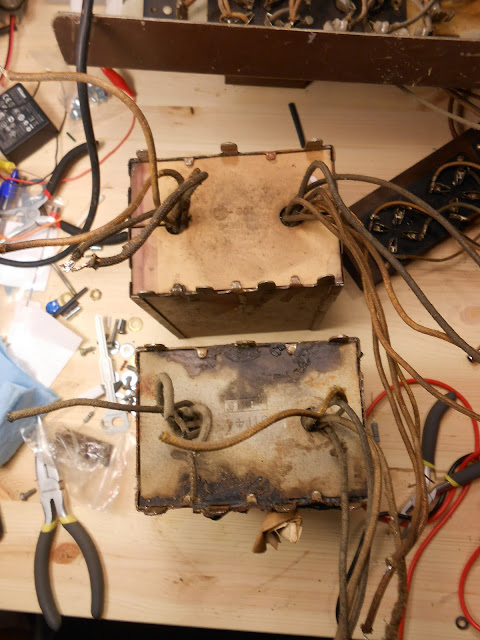 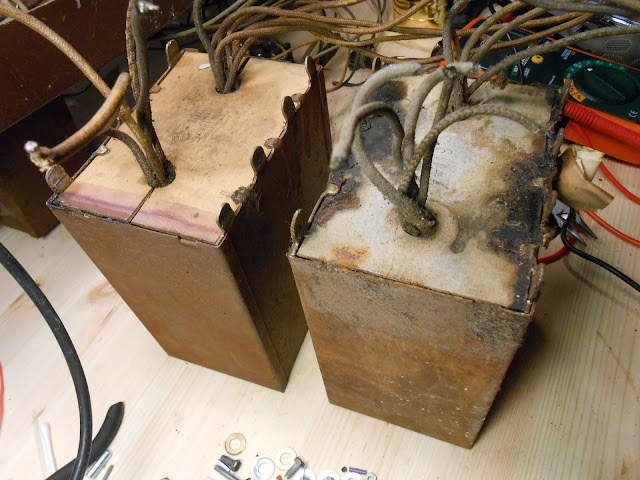 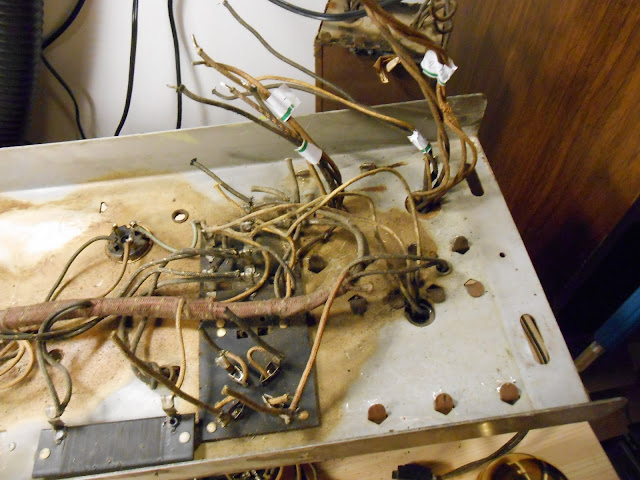 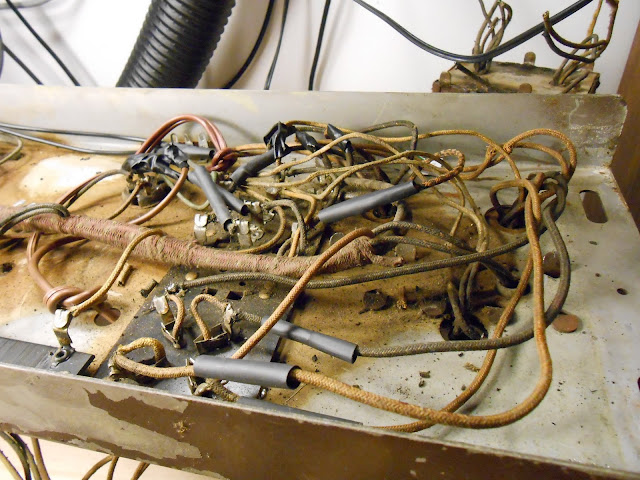 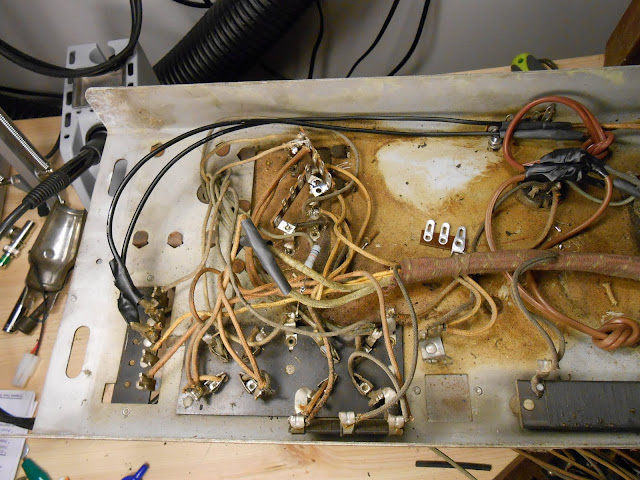 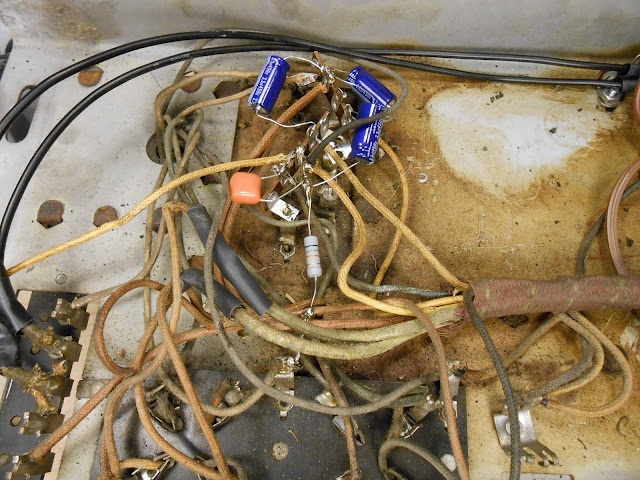 With the electrical replacements finished, it was time to set up for a test power-up. 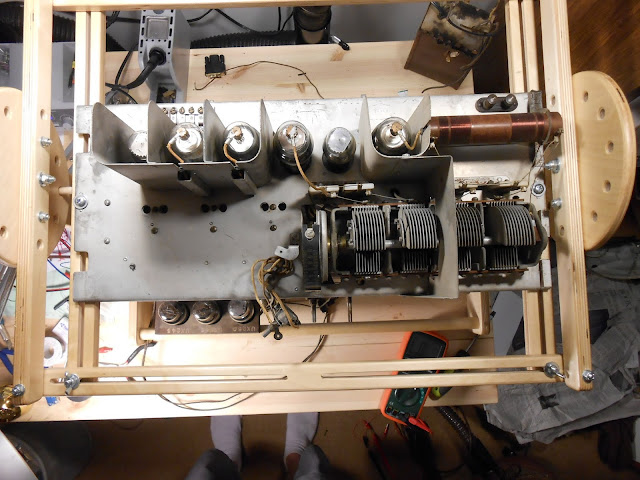 The dial indicator lamp had split apart. I had a replacement on hand, but it mounts up a bit differently, so ended up having to wrap the mounting hardware with insulating tape as one part of the mounting tab is electrically engaged on the new one. 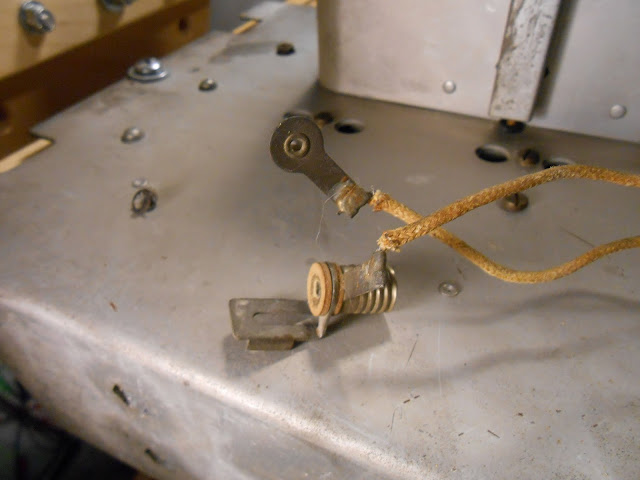 First power-up went without incident and I set about for an alignment! 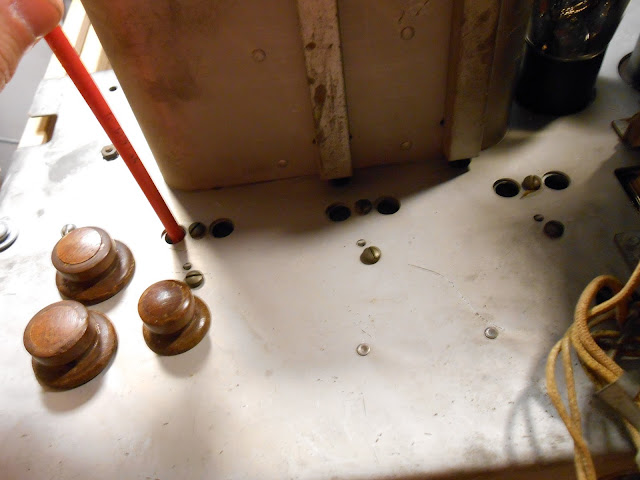 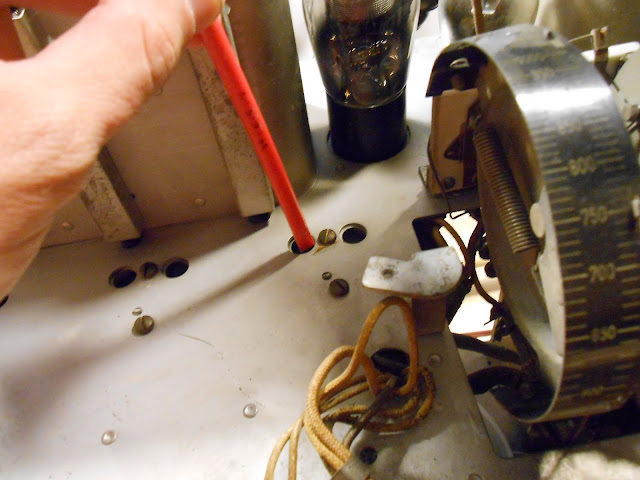 My camera’s memory card was corrupt and I lost a bunch of photos of the reassembly process which is really unfortunate. I’m hoping my client sends me a photo of the radio installed in their home so I can have one to show off for the collection. This radio was large, heavy, and local so I delivered it to its final home and helped with the installation in testing – even in a known radio dead zone, it managed to receive a few AM stations with a short length of random wire antenna and with a proper receiving setup it should be a very high performing radio. 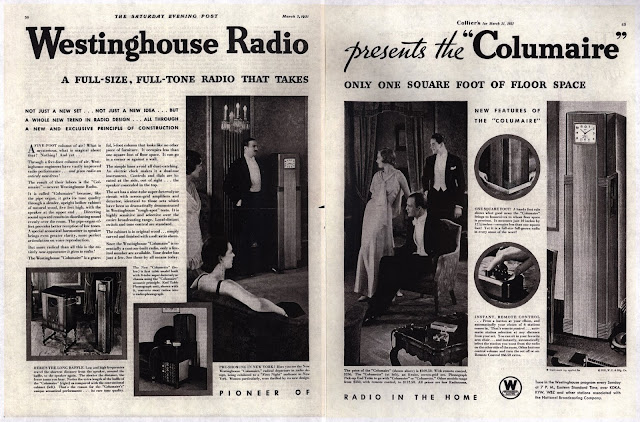