I’m working on another Bose 901 Series 1 equalizer. It looks to be the same manufacturing run as the first one I wrote up last July, uses the same components, and those components look like they’ve had the same failure mode. 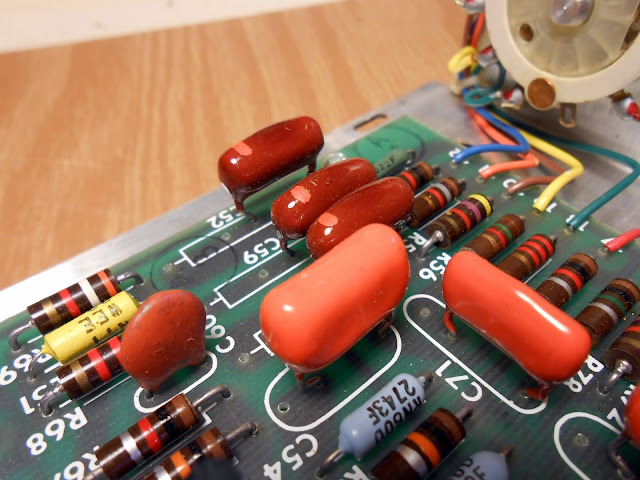 The rather dubious EM-branded capacitors have the same discoloration on the top middle I saw on the other Bose, as well as on the Farnsworth K-262P which had been repaired once before. I’m curious what the physical failure is, as the discoloration would suggest to me overheating, but that seems very unlikely in this circuit and application.  Newly manufactured replacements aren’t likely to have this problem as the film technology has improved significantly in the last 40 years.