I’ve had this radio on my bench for a little while, and she’s finally back up and running – and it plays great! It’s a 1938 Philco 38-C-12, special edition to commemorate the crowning of King George IV and Queen Elizabeth. 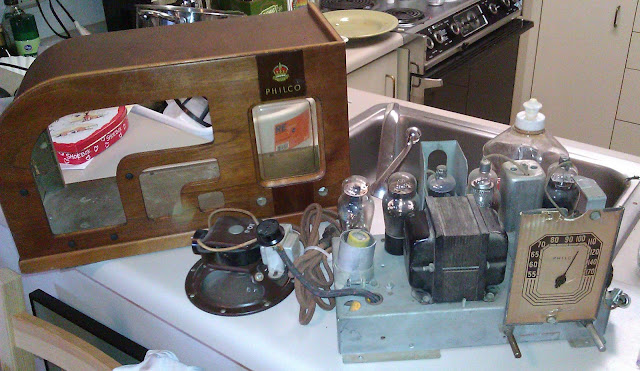 Since we don’t have a King and Queen of the United States, it’s fairly obvious this radio isn’t from around here. This particular model was made in Canada and brought to the U.S. sometime later, and was actually rediscovered in Florida. I can only assume a retiree seeking warmer weather brought it with them sometime in the last 75 years, and that’s how it traveled the long distance itself. 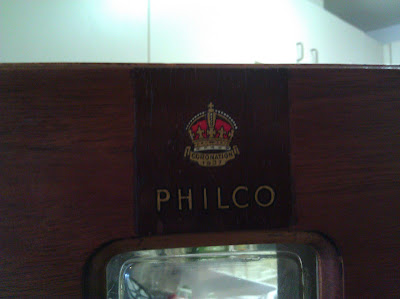 Period Canadian radios came with a Ontario Hydroelectric Power Commission approval stamp, which makes it easy to tell their origin. 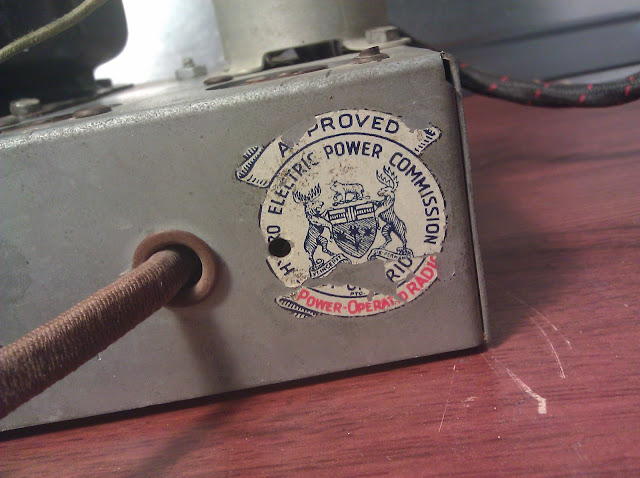 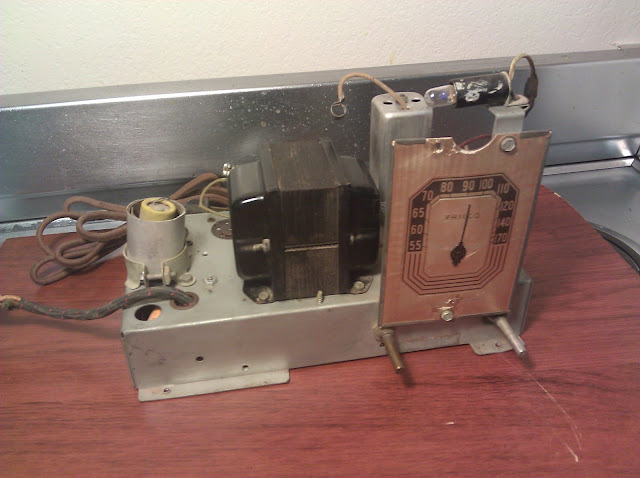 This radio has seen a little bit of service in the past – both can capacitors have been removed; one was cut open and used to hold its replacement in a partial restuff and the other was replaced below the chassis. All in all, though, the radio came to me in very good near-original condition. This radio uses five tubes 6A7 78 75 41 84 – which is a little different from the typical tube line-up, but allows a smaller power transformer to be used as the rectifier can take advantage of the same 6.3V windings for the rest of the tubes, rather than needing a dedicated 5V winding. Its schematic is the same as the American Philco 38-12. 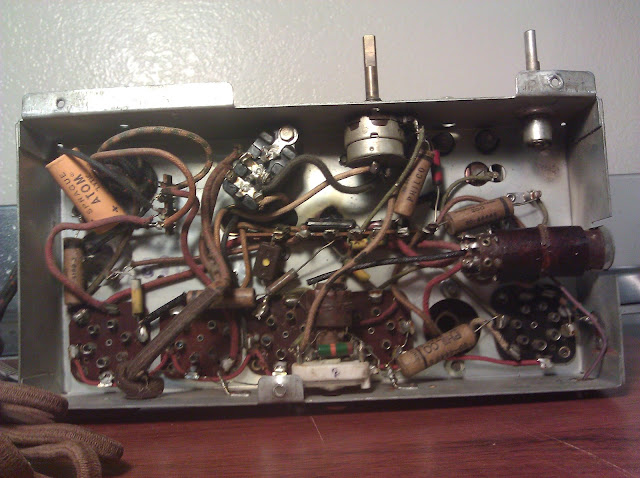 Capacitor replacement was uneventful on this radio, but I also had to replace the tuning capacitor mounting gaskets. These isolate the frame of the tuning gang from the chassis to keep it from shorting out. Over time they shrink and harden. Renovated Radios has many types of reproduction chassis gaskets. The new ones have restored the right tuner height and isolation. This part was pretty labor intensive, but needed to be done for best performance. 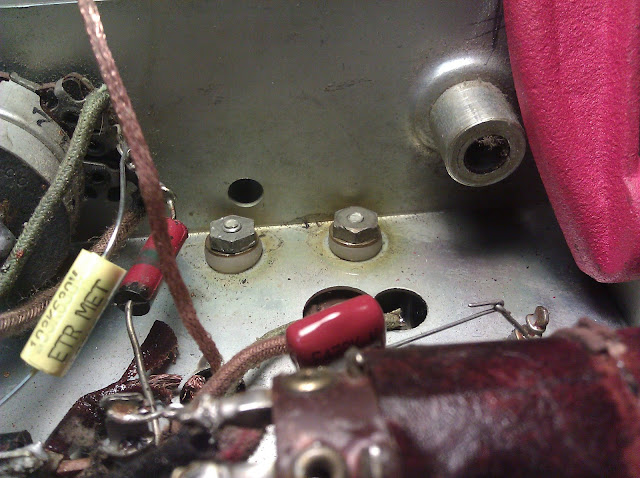 You can see in the next shot, the braided ground strap from the tuning gang ready to be tacked back to the RF ground. Desoldering braid works perfectly for this application. 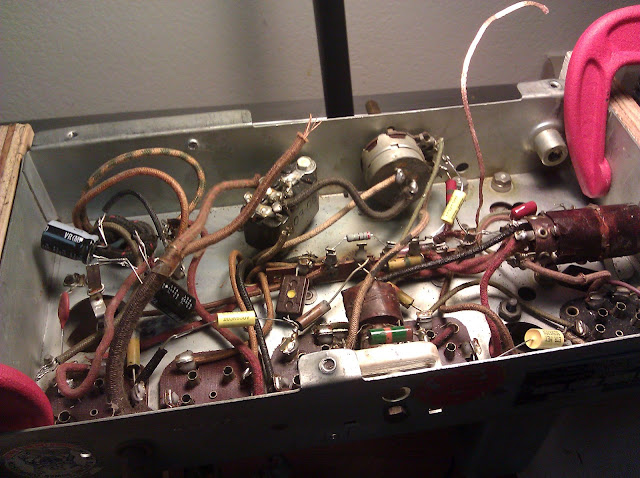 On top of all these problems, the dial pointer shaft was seized up. I removed the shaft, cleaned with 99% isopropyl rubbing alcohol, re-applied lubrication, re-mounted the shaft and restrung the dial cord. This one is very easy – spring mounts on the gang itself, and 1 1/2 turns around the tuning shaft for tension. 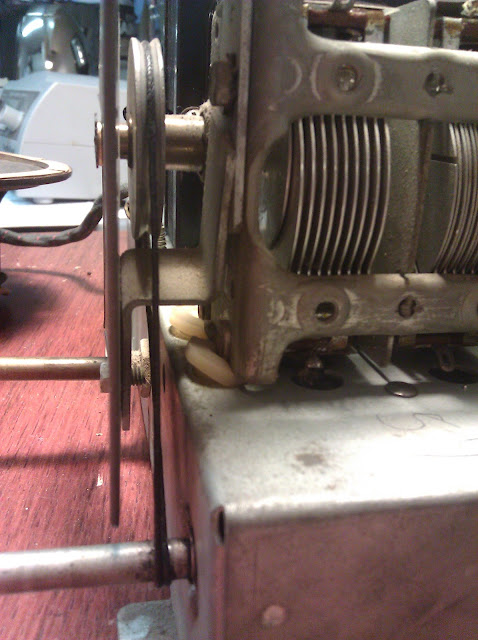 As you can see in this shot…the reproduction gaskets don’t fit 100% the same way the originals did. They work, though, and this part of the radio isn’t visible while it’s in the case. So it’s time to put it all back together and get the shields on: 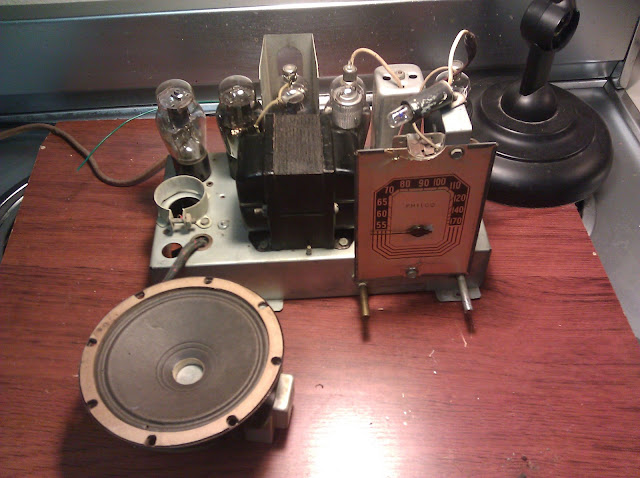 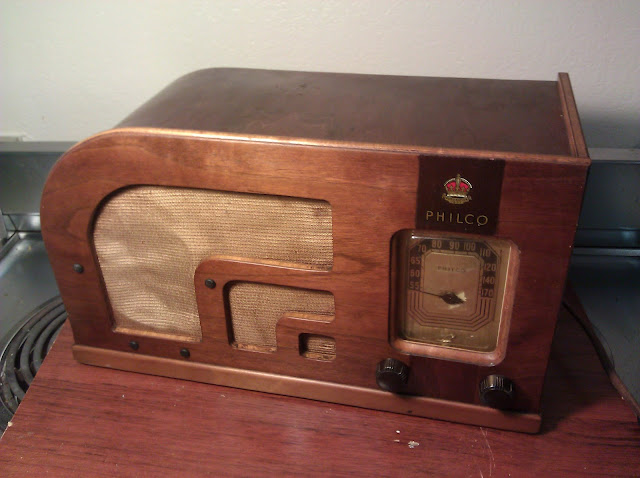 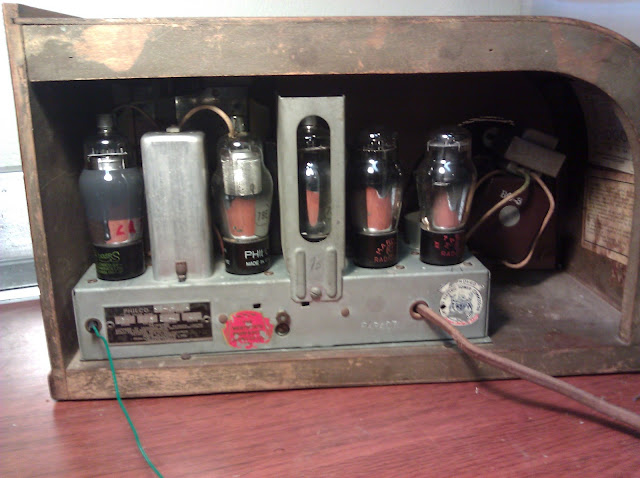 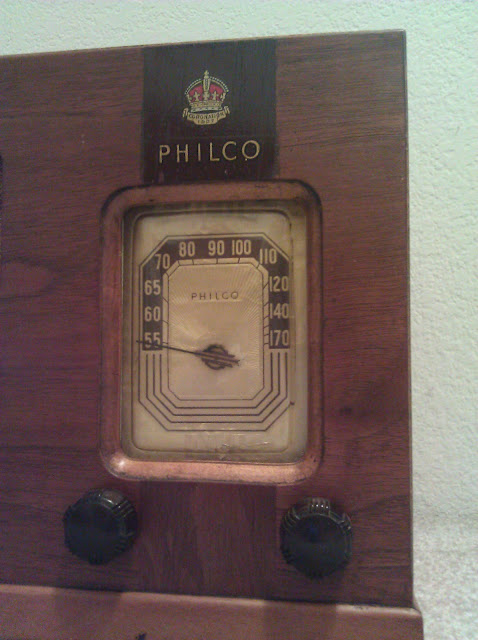 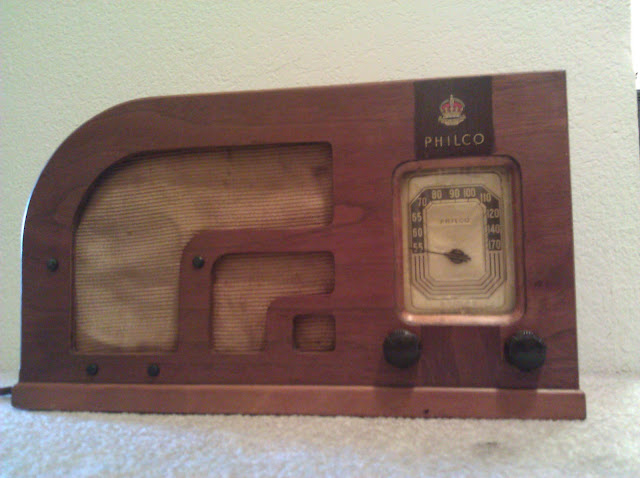 Fully serviced, this radio will continue playing for many years!