I started this radio a few days ago in Part 1. I left off with the radio up on the bench ready for service. It had a lot of issues with the power supply – and as I discovered while working, some shipping damage: the volume control wires, and one wire from the power switch, had snapped. There was a fair amount of bad workmanship in the radio everywhere which contributed to that happening…you can’t expect much from a 50-year-old cold solder joint after all. I repaired it back to schematic along the way. 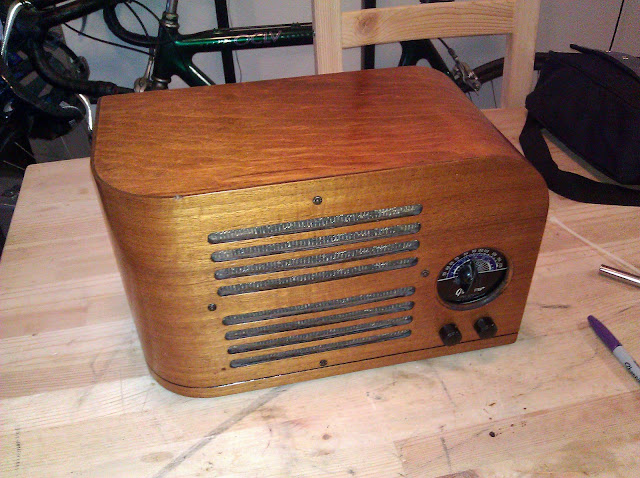 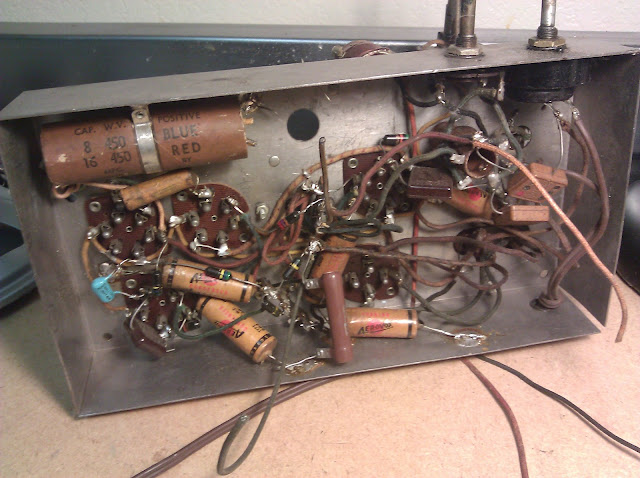 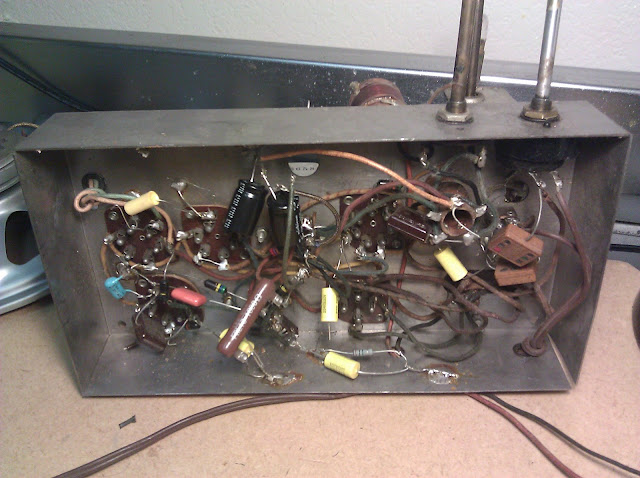 You can see some of the damage here where a 150 Ohm flex resistor broke. This could have been shipping or age but the combination sure didn’t help it. 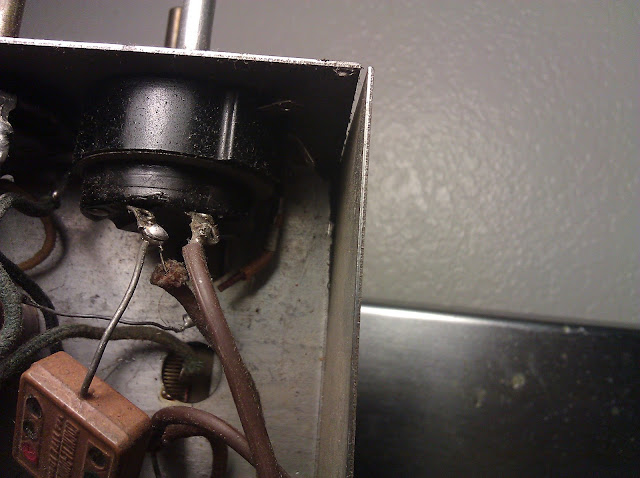 I went to the Mike and Key Electronics Show and Flea Market today down in Puyallup to replenish my stock of parts and hopefully find some new ones…actually, I’m pretty disappointed. I had a very long list of parts I was hoping to find, the sort of things that are in everyone with a real workshop’s stockpiles. Quite a few had some elsewhere, or didn’t think to bring any, but I ended up not finding anything. I did pretty well though getting four front end sets (6A7 6D6 75) and four of each #41 and #42 output tubes, as well as a bunch more of various numbers mostly from $1 working-pulls bins. I don’t have any photos inside, but here’s one of the line to get in. 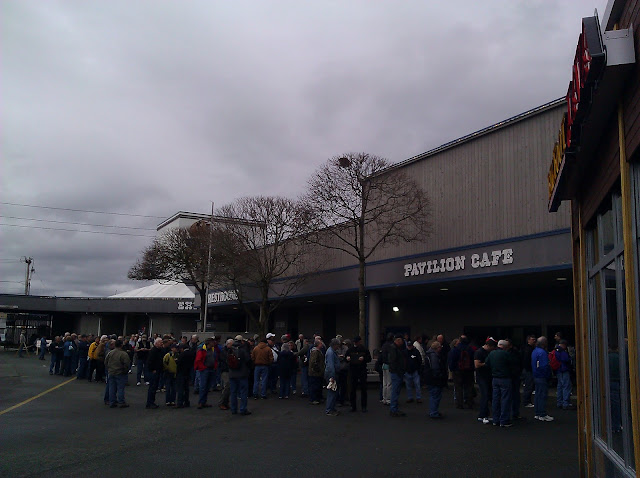 I pulled out quite a bit from the radio. 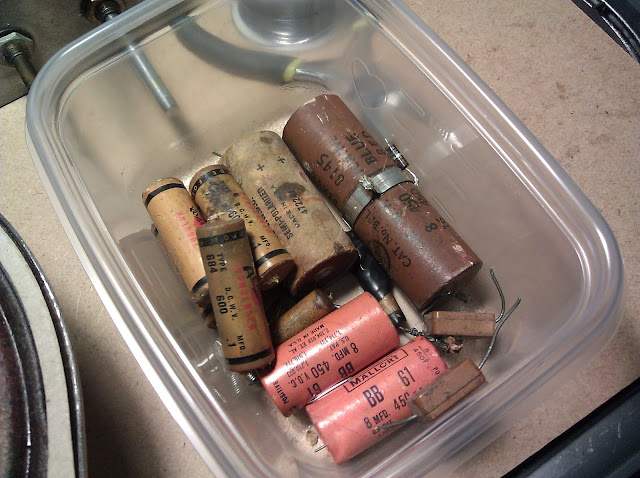 And for the first power-up. 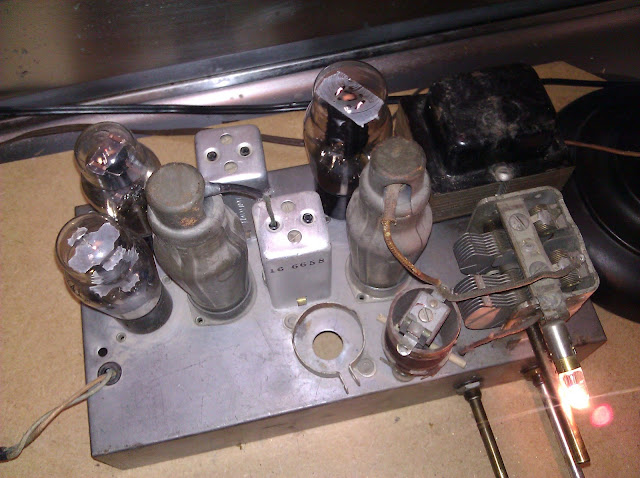 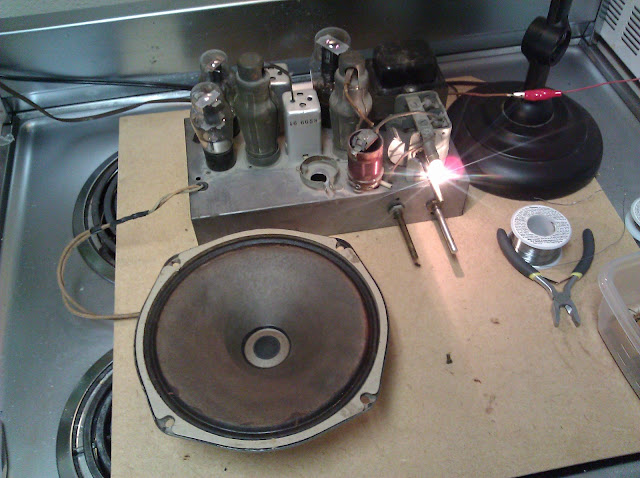 I wish I could say it worked at this point, but it didn’t. I took the tubes out to test and found a 6A7 that tested just marginal but with no other issues. This really should not have been a show-stopping issue, but it seems it was as when I replaced it with one of the tubes I’d picked up earlier in the morning it fired right up. 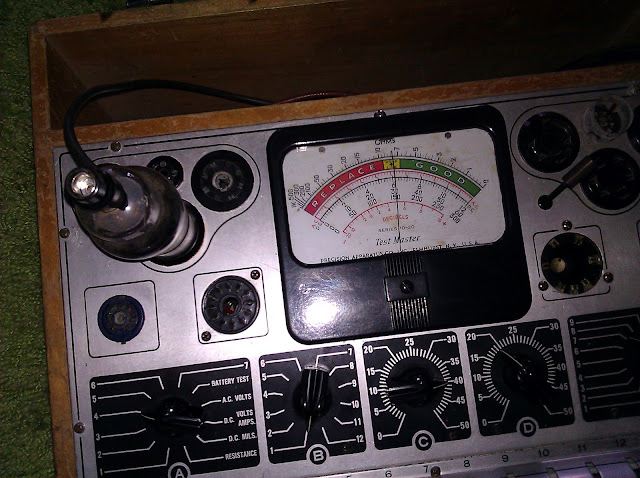 Another shot for fun of the bottom: 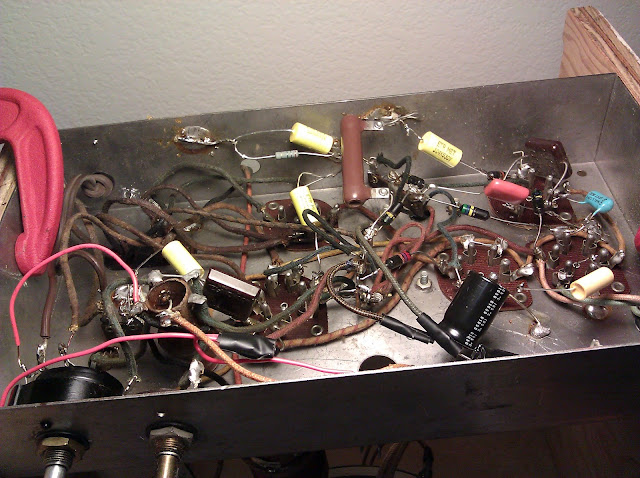 At one point in the radio’s past, the IF transformers were replaced with service parts – in this case with Meissner universal coils. They work just fine and I’d really like to know what happened to the radio to need both replaced. It’s the first radio I’ve worked on which was in the shop so many times for what looks like major surgery. 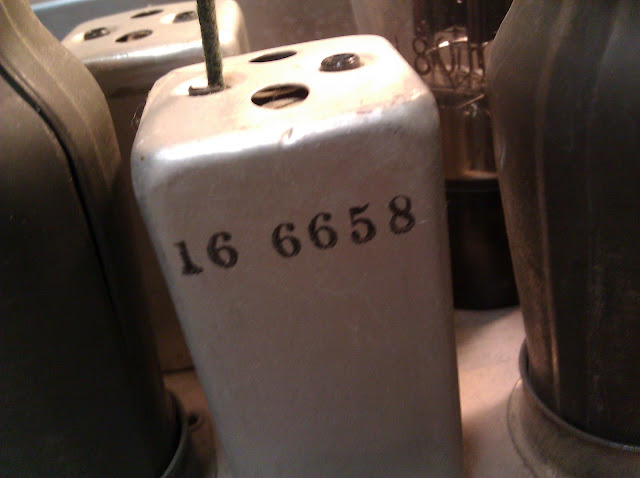 Time for an IF alignment. I decided to broadly tune these for a little better fidelity at the expense of some selectivity which was going to be bad anyway. I tuned the secondaries to 465kHz and the primaries to 455kHz. This should give about 10kHz of bandwidth to pass as much of the signal as possible. 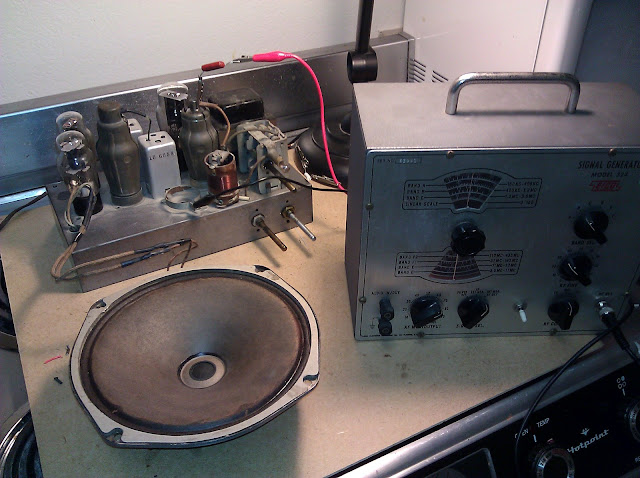 With that, I reassembled it and took some photos in front of a makeshift backdrop made out of cardboard boxes. 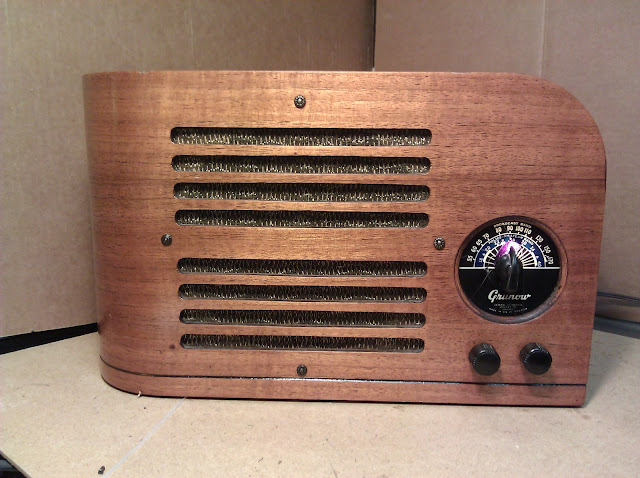 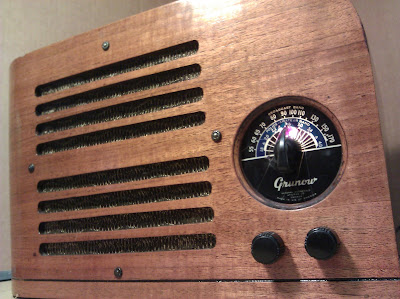 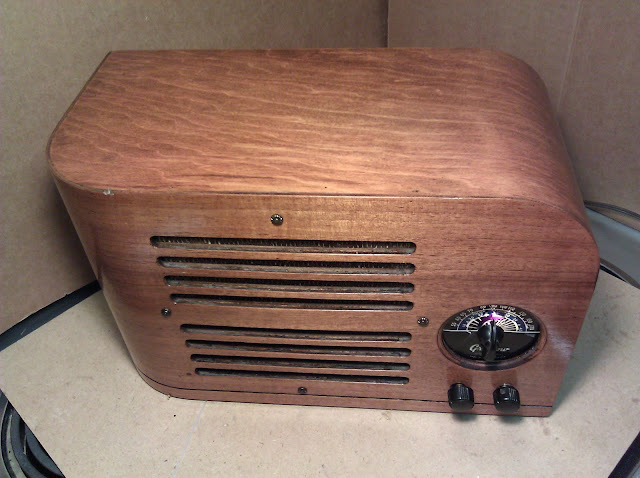 This one came out with an interesting camera glitch, but it’s below the radio itself so I’m leaving it. 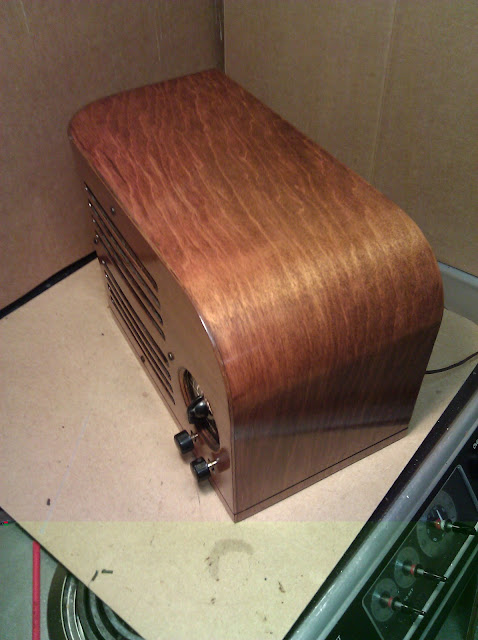 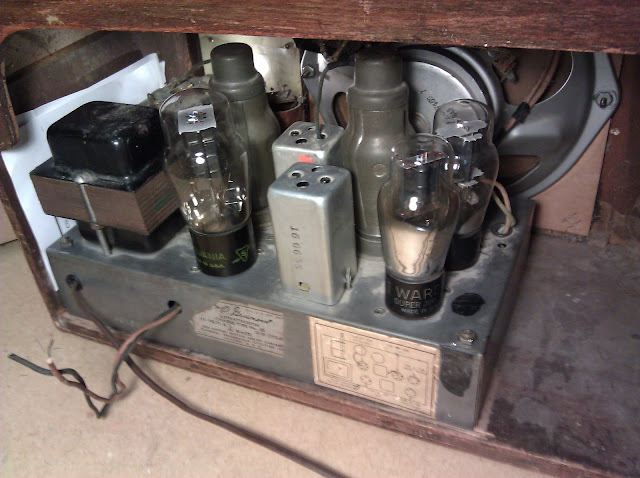 This one needed some interesting troubleshooting to get it to work but most of the issues were things I spotted while looking it over initially, so I didn’t waste a lot of time on it. The radio has a really big speaker and is very powerful and sounds as good as it can sound so I’m glad I broadly tuned the IFs. This was a fun project with the bit of detective work involved in fixing mistakes.