A little while ago, I picked up a set of seven LCD monitors in various states of not working  to work on repairing and maybe eventually reselling. The first one was quite easy – it just needed a wire reconnected internally and works perfectly. I grabbed the second one, a ViewSonic VP191b. It’s nothing hugely special, 19″ with two VGA and a DVI offering resolutions up to 1280×1024, a 16:10 aspect resolution.

Nothing I’d use as a main monitor, but a decent consumer device. And it turns out this one’s a little more complicated to repair than the last few I took care of. 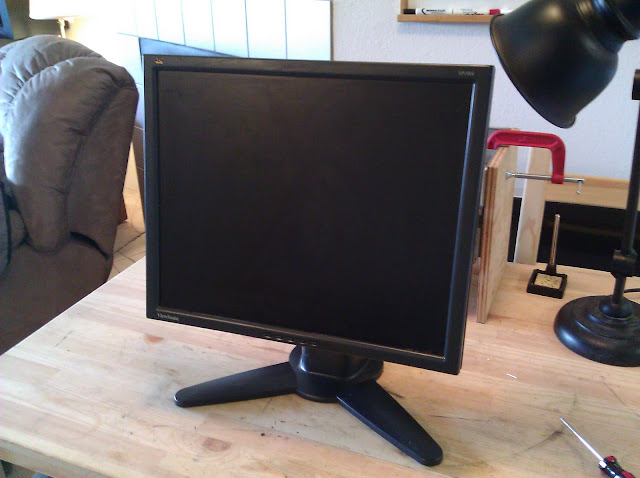 Taking the case off, you can see the high voltage power supply which takes 12V DC and converts it to a thousand or so volts AC to power the backlights; in the center is the logic board and on the right the switching power supply. 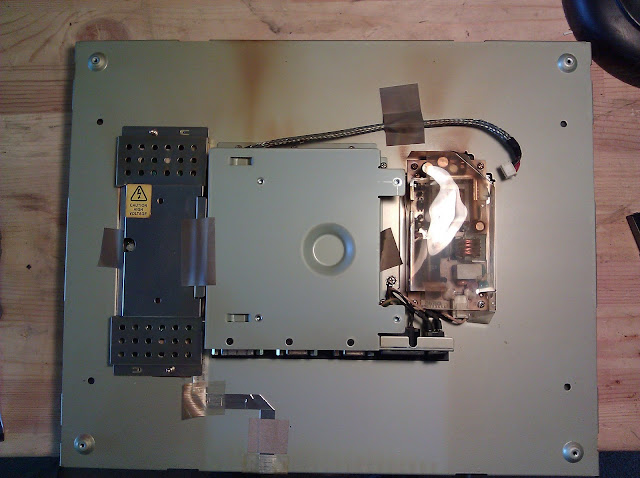 The power supply is encased in a plastic insulator to keep it from shorting to the case. 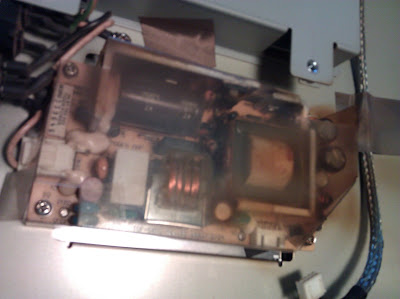 Unfortunately, this one wasn’t in as good of shape as the others. In addition to having a few bad capacitors, it turns out that the resonant transformer is also bad (the yellow square to the right in the photo above.) If this supply lost regulation when a part failed as it was running, it could cause a nasty cascade taking out transistors, transformer windings, anything really and that looks like what happened.

The capacitors used in this model are:

and a complete set from Mouser.com is only about $10 or so. 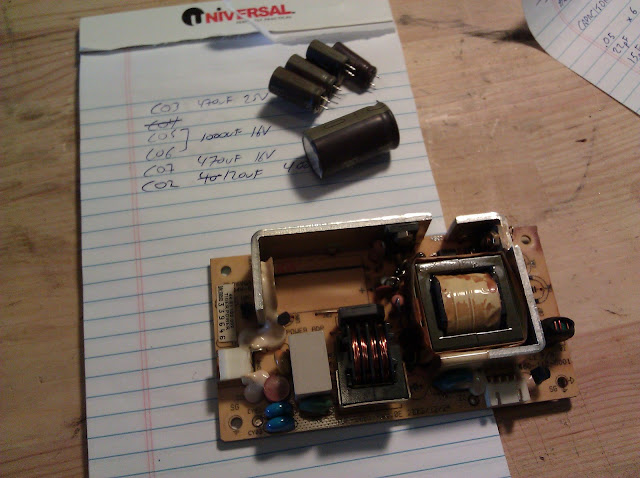 I don’t have a spare resonant transformer, and wasn’t able to locate another one online…maybe the end of the road? Nope! I checked the voltage ratings on some of the logic board components and they were all rated 16V…the rule of thumb for capacitors is you overrate their voltage by sqrt(2), or 1.414 times. These were rated 16V, so I estimated from this the logic board wants a 12V input. That’s handy, and pretty easy to supply.

I need a 12V bench supply for a few other projects I have coming up, so I ordered one from eBay. This one’s inexpensive and considerably bigger than I need, but it’ll be good in the future. The ViewSonic draws ~35W, and the eBay power supply can supply up to 120W. It came without connectors, so I hooked up a line cord socket that I’d scavenged out of a dead Ethernet switch. As always, when you’re working with electricity, take proper safety precautions – don’t touch power things while they’re energized and double-check your connections. 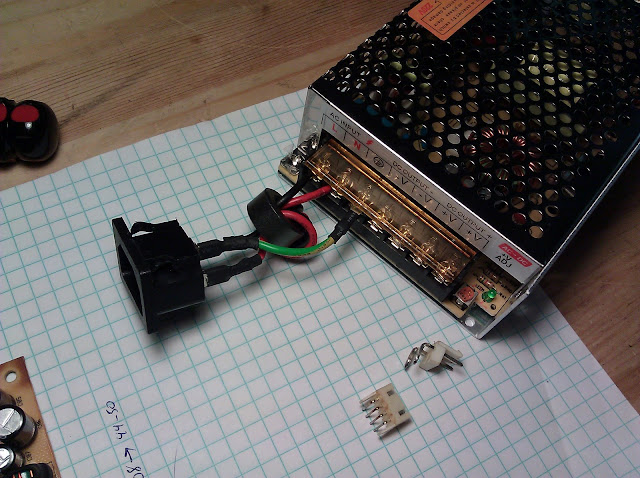 I’ve removed the power supply from the back so it doesn’t get in the way, then depopulated it to save the remaining good components for something else: 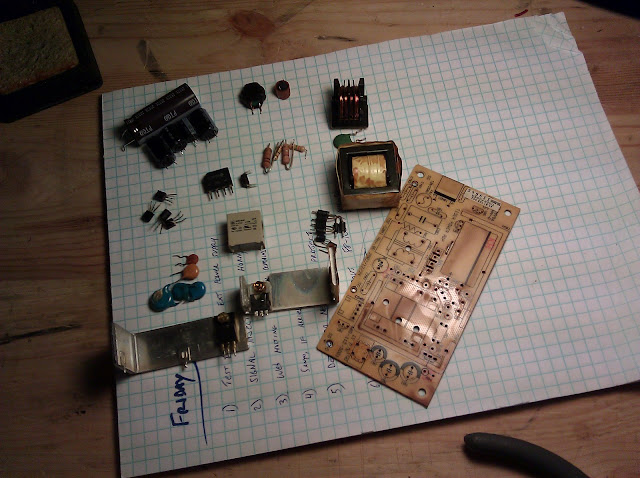 Here’s a shot of the back with the power supply removed, ready for other connections: 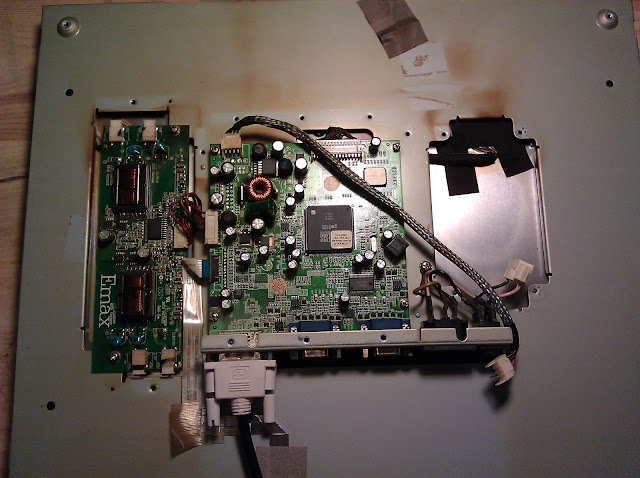 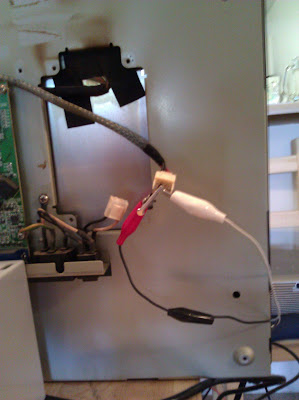 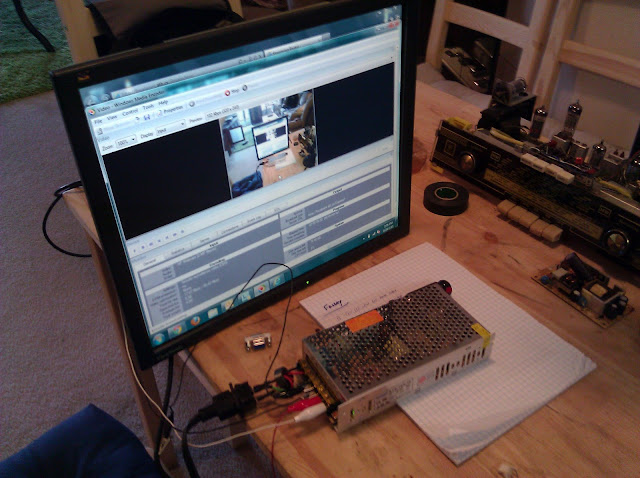 Looks like it works! My estimate about the voltage proved correct. I mount up a terminal strip just like I do with a radio and wire the new power connection to that so it can be accessed from outside the case later. I’m using a computer power molex as the new connector as that’s what I have on hand, preserving the coloring. 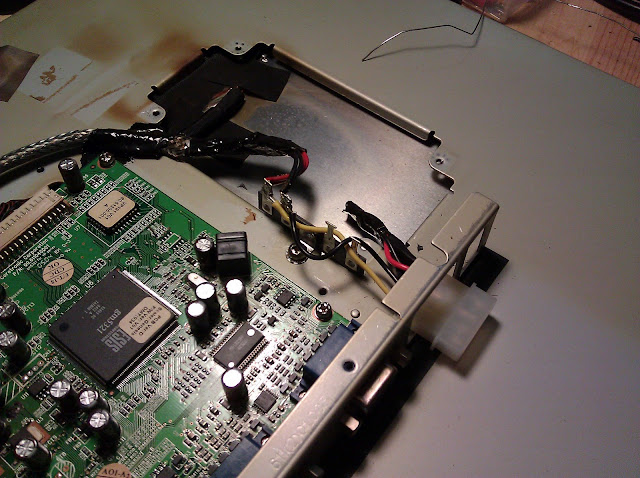 Testing out one more time before reassembly: 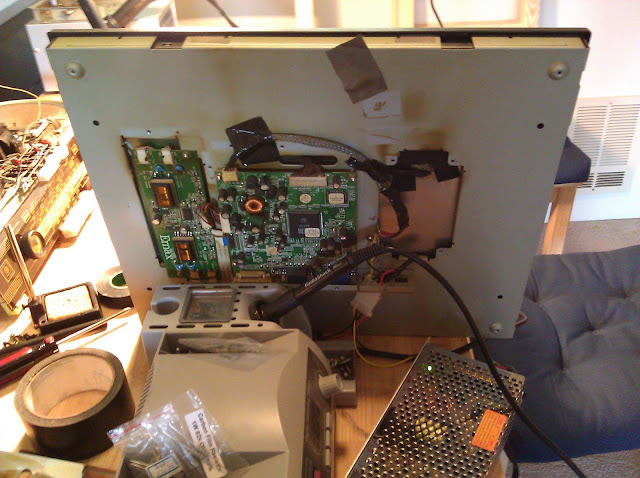 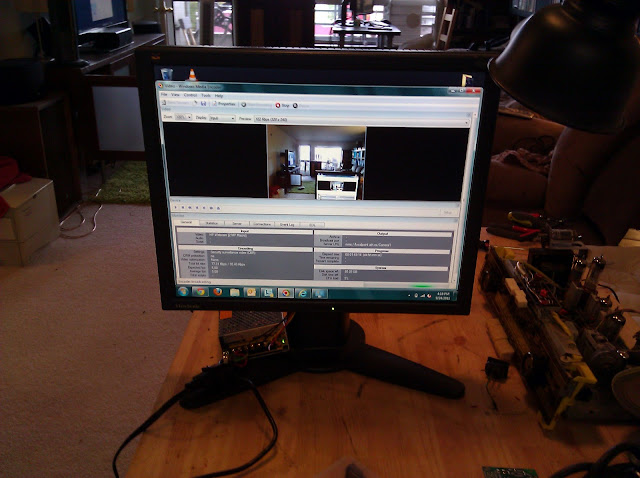 It joins the ranks of my other spares I’m not sure what to do with yet: 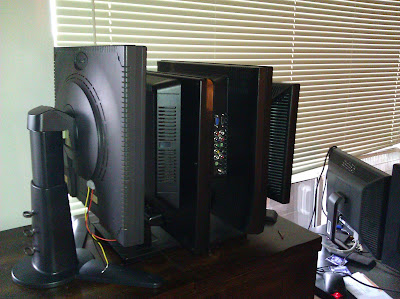 Mission accomplished. I’ll just get it a power supply of its own, a power brick this time, and it’ll be finished! You can only tell it’s been worked on by the dangling wires hanging out the bottom.