This Creek 4140 S2 amplifier is a bit newer than most through the shop, although it’s getting up there. This particular one was constructed in 1989, and came via eBay from the UK configured for 220V power. The owner wanted it checked out and converted over to a U.S. power supply. 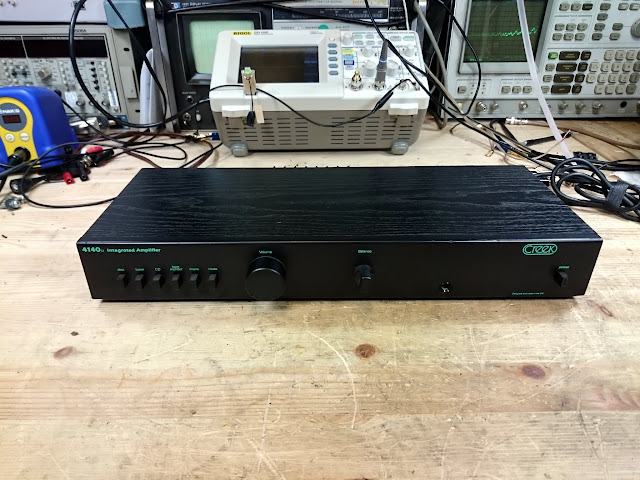 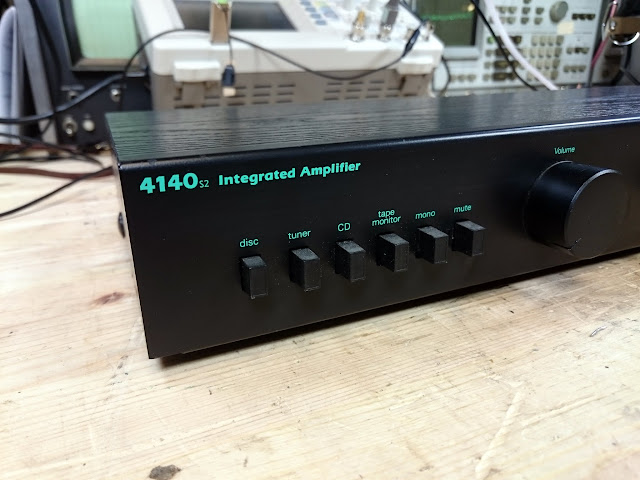 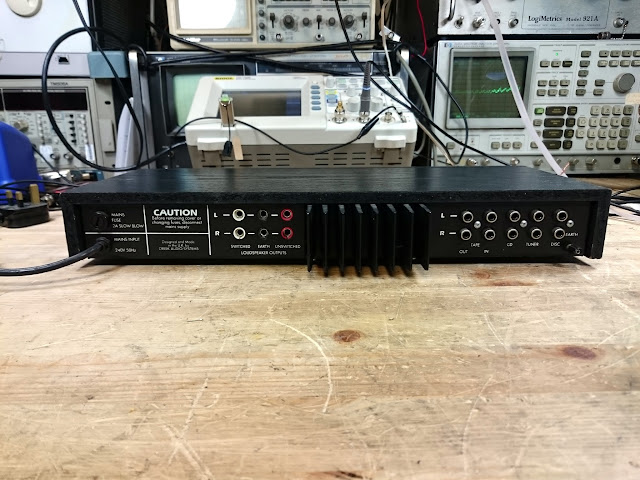 It’s an unassuming little amplifier, delivering 30W per channel at 0.1% THD. Inside, it’s pretty simply built but very clean. The shop has a universal power transformer that accepts nearly every plug style in both voltages, so it was easy to check out. The amplifier “worked”, although you had to crank the volume all the way up to maximum – the signal was getting attenuated along the way but it was still passing all the way through. 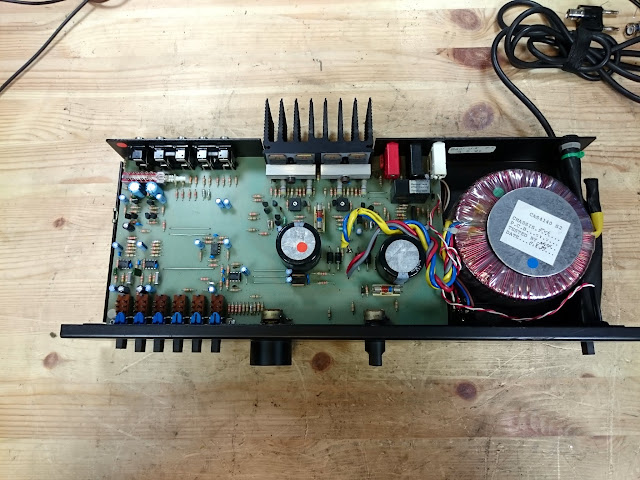 Because of the small number of capacitors in this unit, I recommended they all be replaced, and found that two of the small signal capacitors had gone very low in value towards being open. With the capacitors replaced, the unit came to life on 220V just fine. 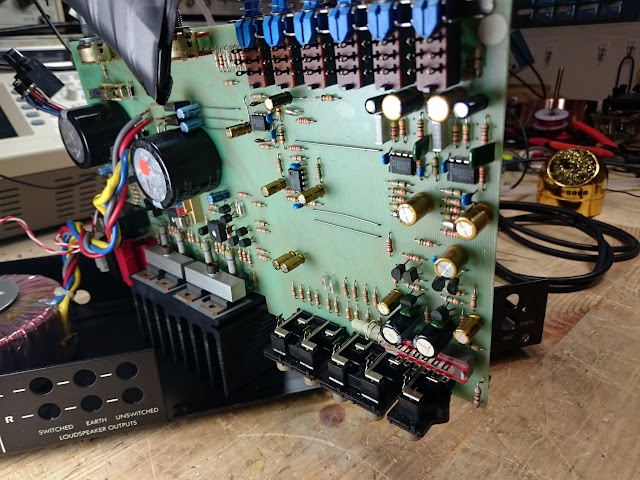 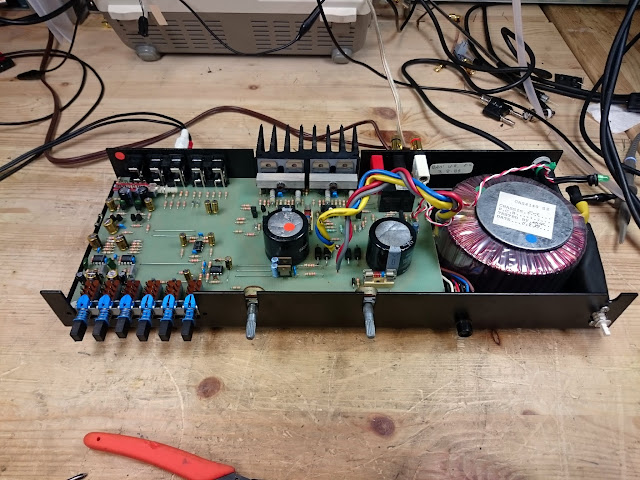 The owner supplied a 120V transformer for this amplifier to swap. Theoretically, according to the schematic, the transformer has a split primary which can be wired in series or parallel for either voltage, but in practice there was no sign of the extra taps, so it was just a direct swap-over. 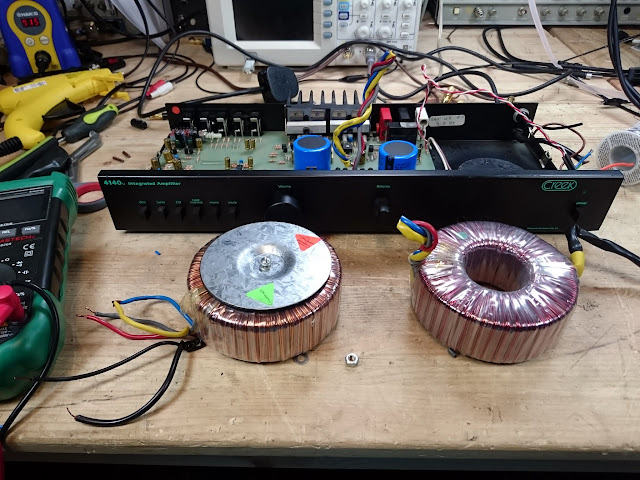 Transformer leads are enameled wire, which needs to be scraped down to the bare copper in order to take solder. Then the leads were joined back to the same colors. 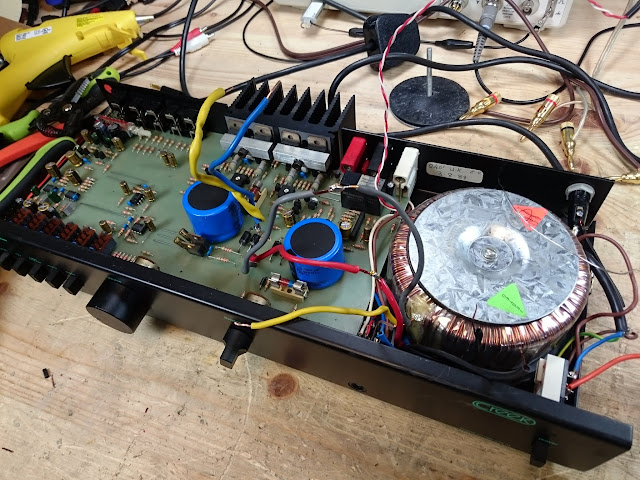 Finally, it was time to swap the plug with a U.S. fitting. 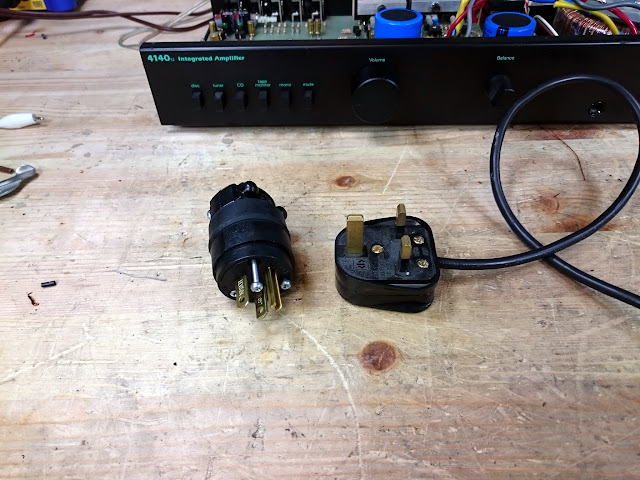 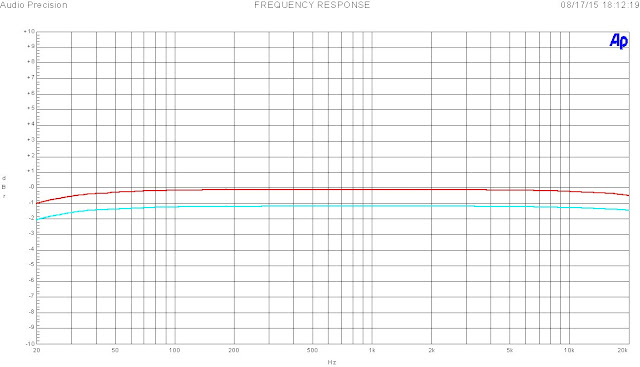 On the extended range frequency response test, the actual -1 dB point was at 20 Hz on the low end and 30 kHz on the high end; +/- 3 dB at 10 Hz and 60 kHz. The channels are slightly imbalanced, even after bias adjustment, but not enough to worry about tracking down. 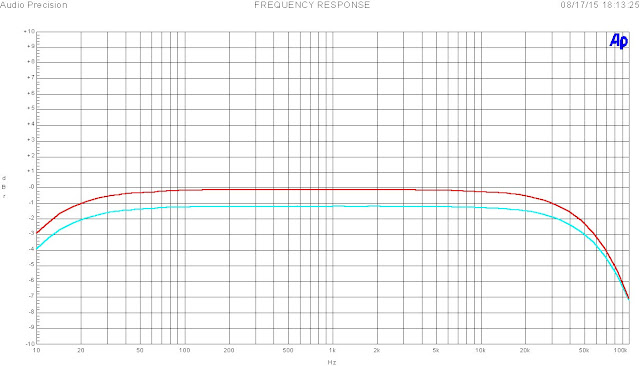 The amplifier delivered < 0.07% THD at 1 kHz, and overall had acceptable distortion performance. 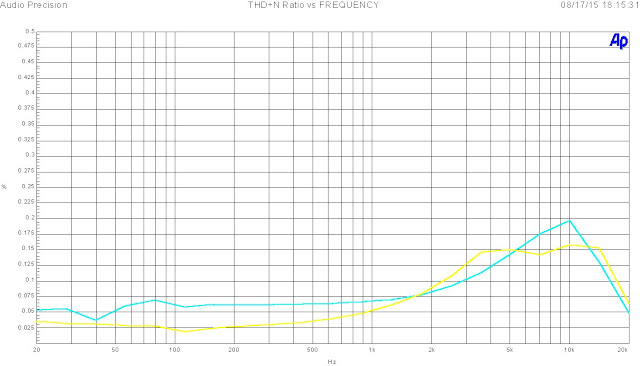 Quite a few parts came out of this one! 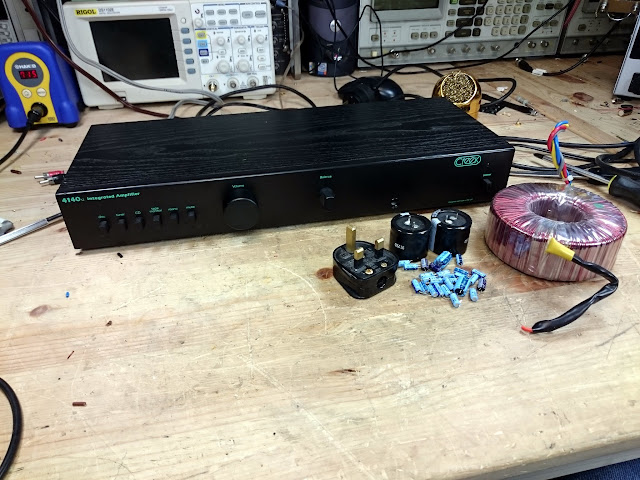 A listening test proved this little amp sounded great, and so it was time to clean up and send it home. 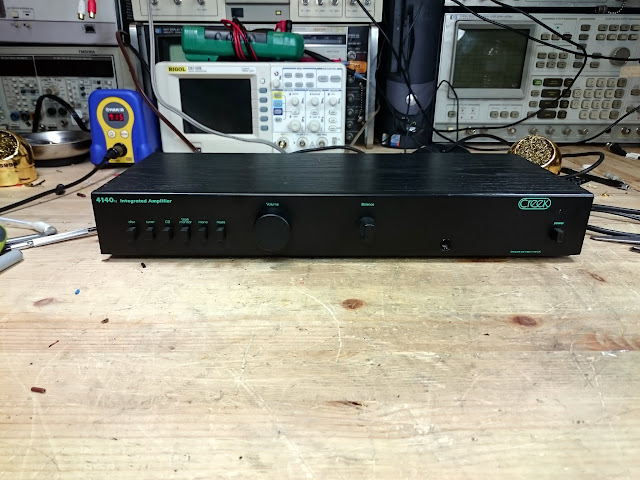