This Bose® 901 Active Equalizer came in through the shop for the standard overhaul service. It was showing its age, as most of these equalizers from Series I and II will do these days – after all, components weren’t made to last nearly 50 years! 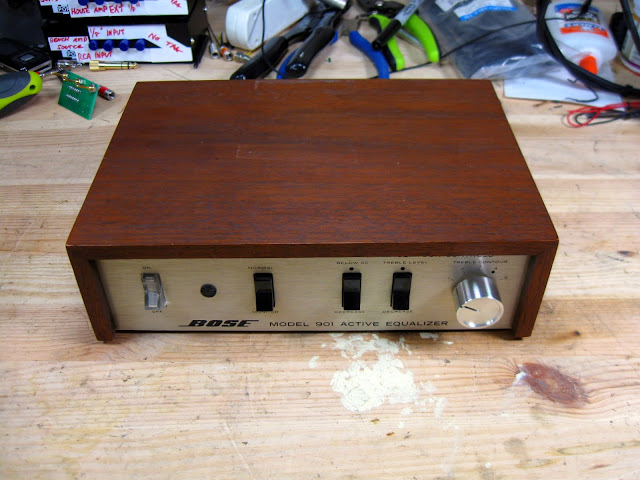 Cosmetically, this one is in fairly good shape. Bose® used a solid wood case on the first half of the production run of Series I, so they stay in better condition than the later ones which switched to particle board with a contact paper veneer on them. 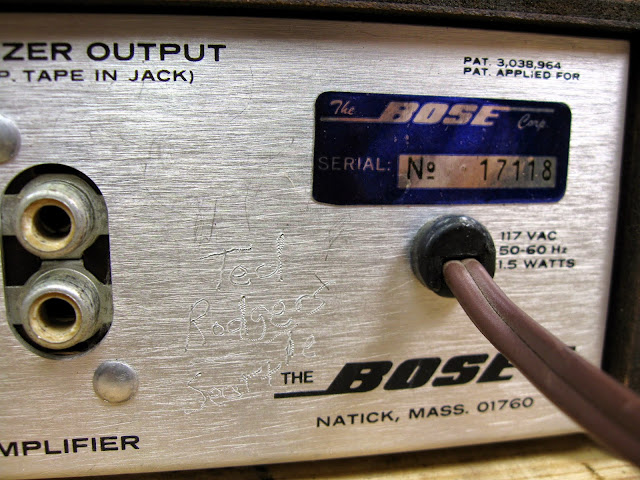 While the current owner doesn’t live nearby, the equalizer does have an inscription indicating it belonged to “Ted Rodgers, Seattle” at one point in the past. Fun! Inside, it’s all original except the output capacitors which were replaced in the late ’70s or early ’80s. 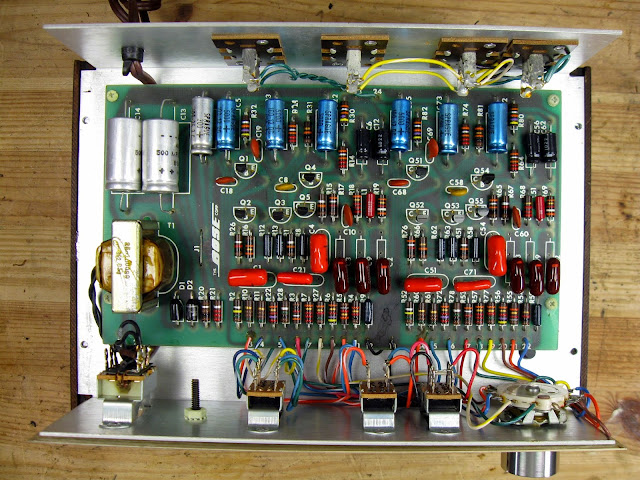 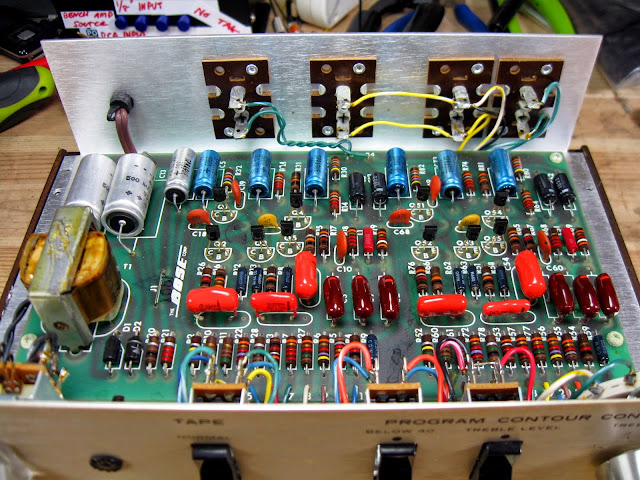 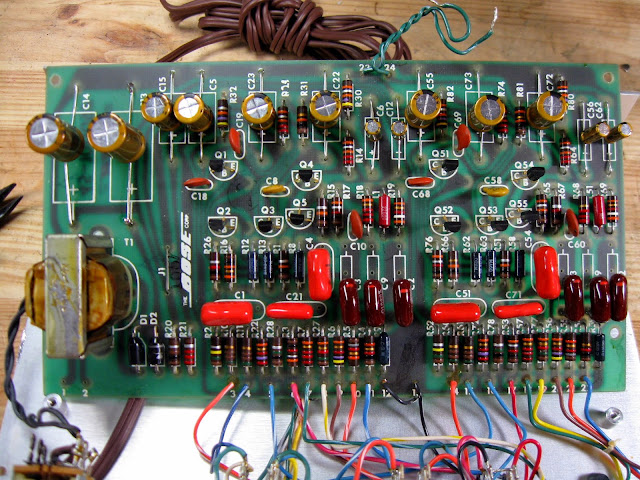 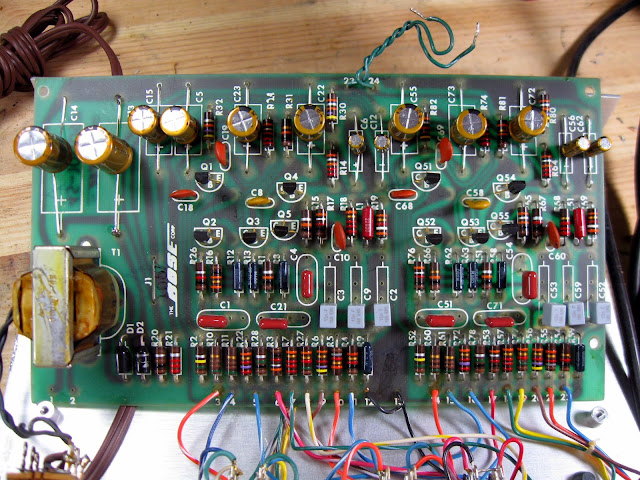 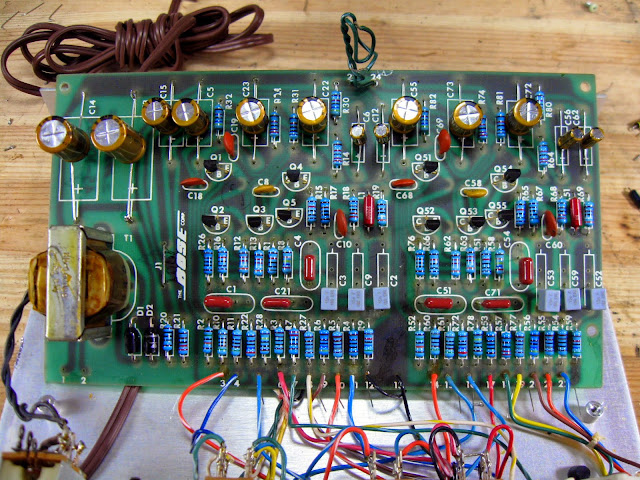 This particular one got some new grounding and shielding, and a full set of gold-plated RCA jacks for the inputs, too. 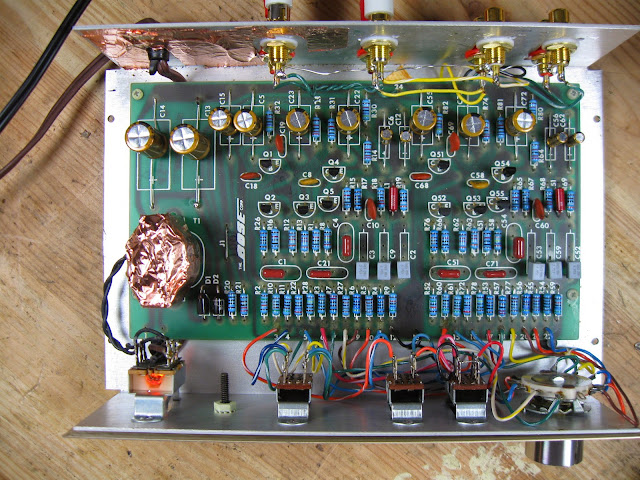 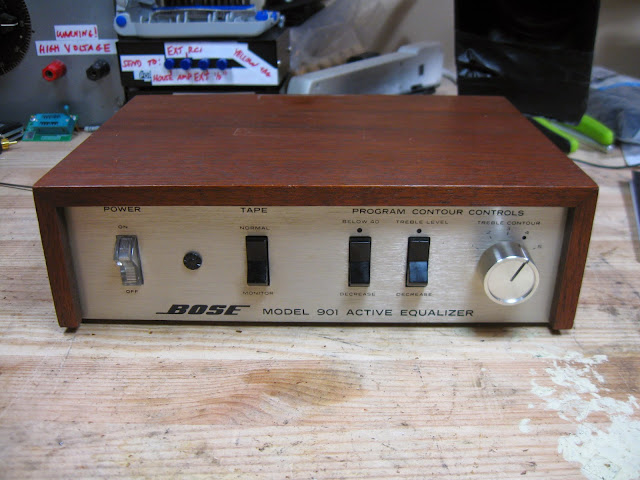 This Active Equalizer is going to serve faithfully for a long time to come after this service, and it’s going to sound great.

If you need yours repaired, Rain City Audio can help!