Another Bose® 901 Series I Active Equalizer came through the shop. These equalizers were manufactured between 1968 and 1973 and are really showing their age: most have degraded in one way or another, if not outright failed entirely, and this one was no exception. It came to the shop performing very poorly and no longer passing signal correctly – time for a full rebuild! 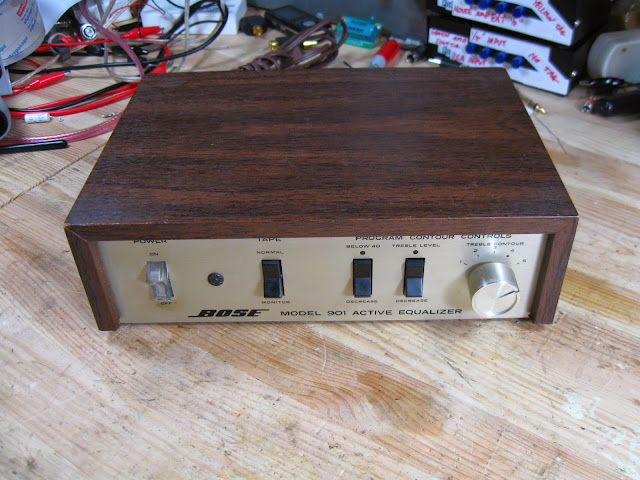 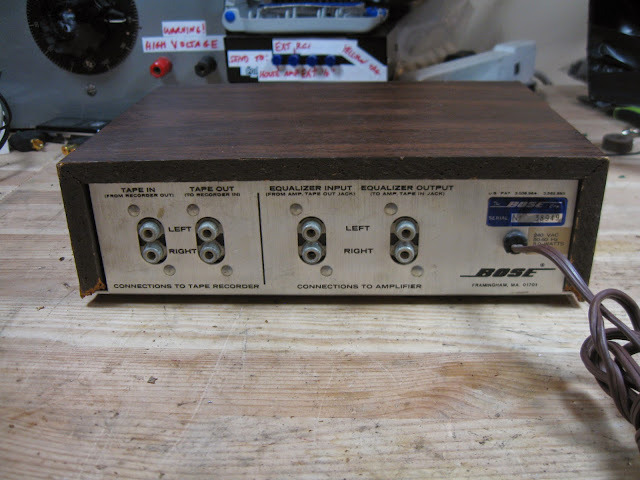 This particular one was purchased in Europe originally, and made its way over to this side of the ocean at some point in its history. Inside, it was all original, with the dark red paper-mylar capacitors showing the hallmark discoloration that means they’re degrading internally. 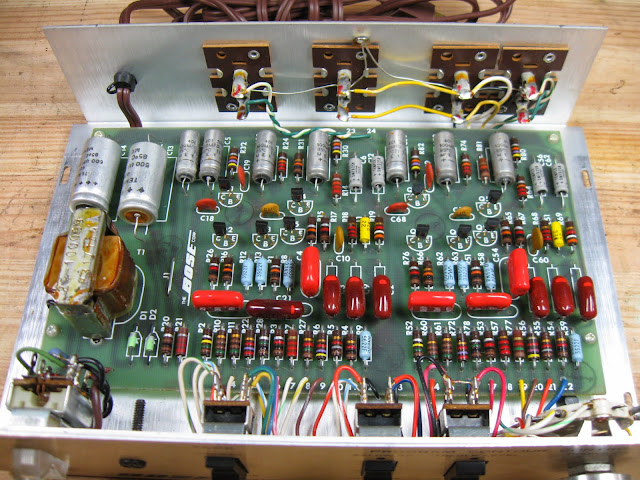 A full new set of components will have it good as new! 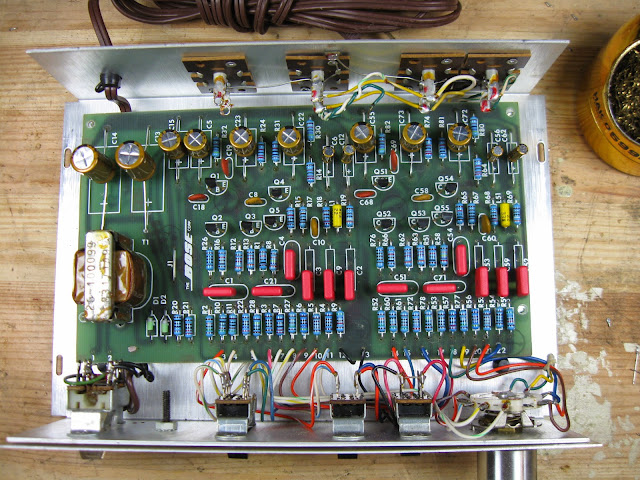 In this case, this equalizer received all new capacitors and resistors, and a new neon power lamp to replace the flickering original. Now, it’s good as new! 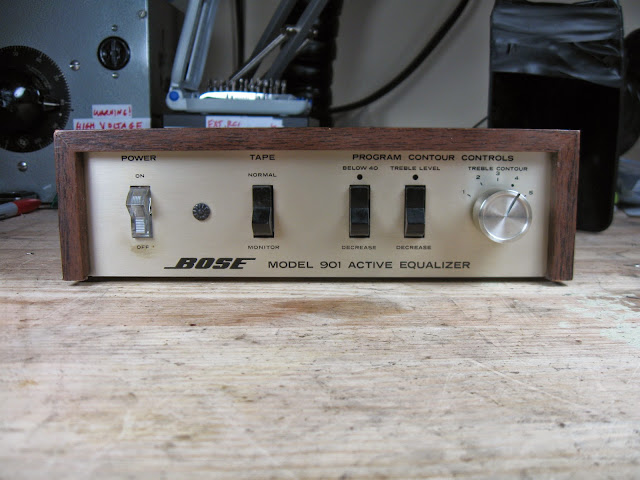 If your Bose® Active Equalizer isn’t performing like it should anymore, Rain City Audio can help!