We’re lucky that these days you don’t need to stock very many diodes in the parts drawers for refurbishing most vintage gear – pretty much everything except for the main power supply rectifiers can usually be replaced with some combination of 1N4007 and 1N4148.

Some special diodes do still turn up, though, and they’re a bit harder to replace. Varactor diodes frequently turned up in the bias circuits of ’70s amplifiers where they were used to keep a very stable reference voltage for bias under changing temperature and current conditions. One commonly encountered varactor is the VD-1221, which turns up in the Sony TA-4650 VFET amplifier (3 diodes), the Sony TA-5650 VFET amplifier (4 diodes), and the rest of that VFET line. They also happen to not be the most reliable, and a failed VD-1221 will destroy all the VFETS in that channel. Those are unobtanium these days, so if you’re servicing any VFET amp it’s practically mandatory to replace those diodes as well.

Fortunately, in this application, they can be replaced with a pair of 1N4148s in series. Observe the correct polarity, but it’s as simple as that! It’s not the prettiest fix, but it’s cheap and effective. 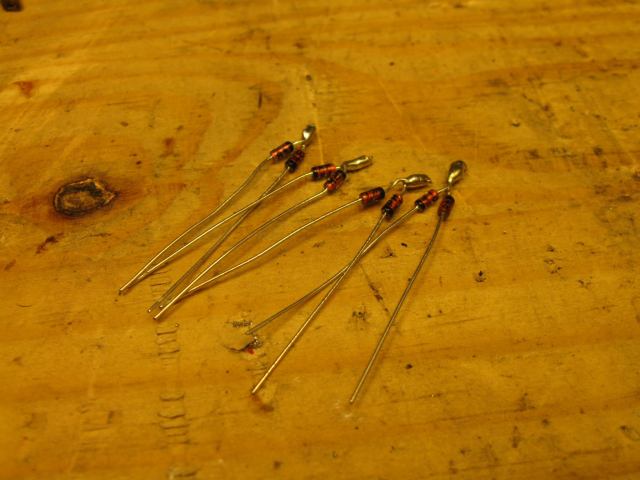