I’ve been looking for a nice balanced input oscilloscope to use as a bench audio scope for a bit, and I do enjoy some vintage test equipment…so I recently ended up with an HP 130C oscilloscope. 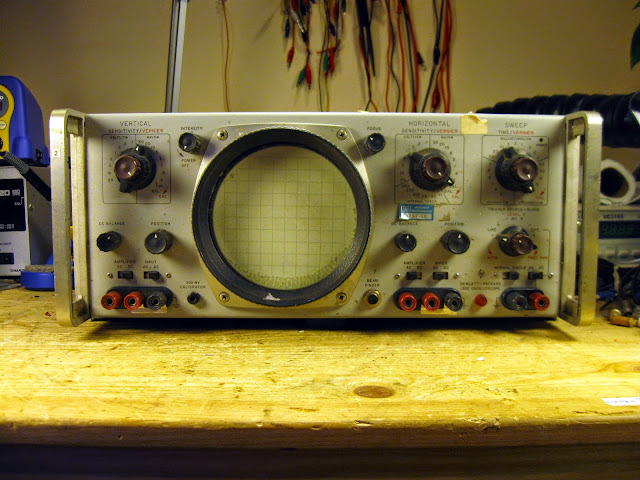 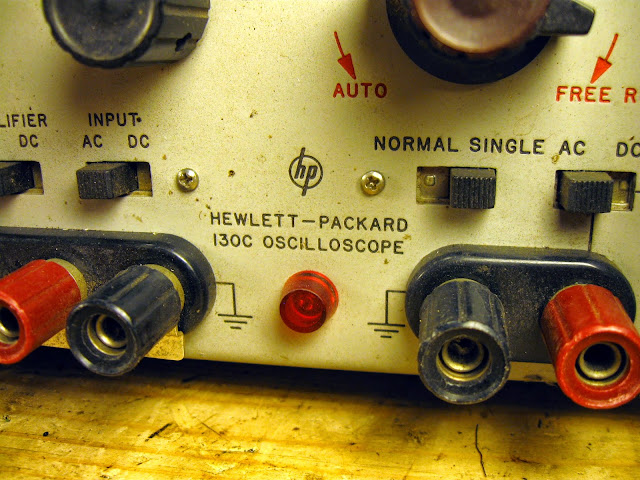 This early ’60s tube scope from HP is the third revision of their first oscilloscope line, the 130 series, which began with the 130A. The 130C has a much more serviceable construction and a variety of improvements, including a no parallax CRT for more accurate readings. It’s often regarded as one of the finest oscilloscopes HP has ever produced for the care that went into its design. It’s not the most full-featured by any means, but it was top of the line in its day and still offers extremely sensitive inputs for the smallest signal measurements. 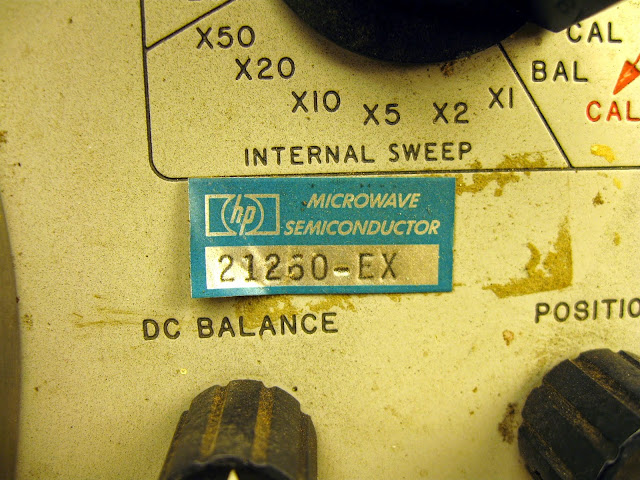 This one was being used at HP Microwave Semiconductor in California until 1982 when it was put into storage. 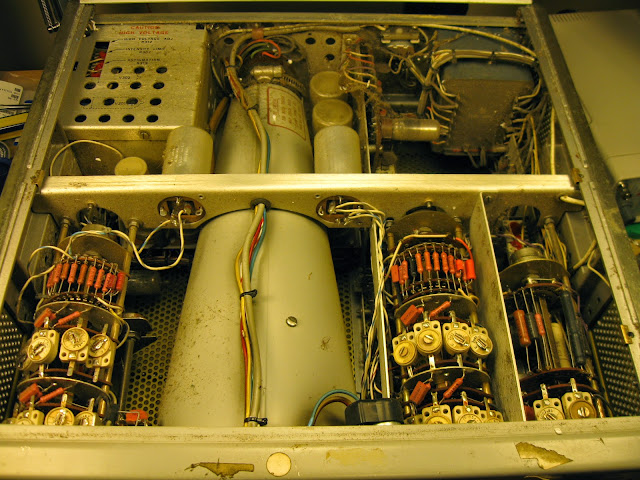 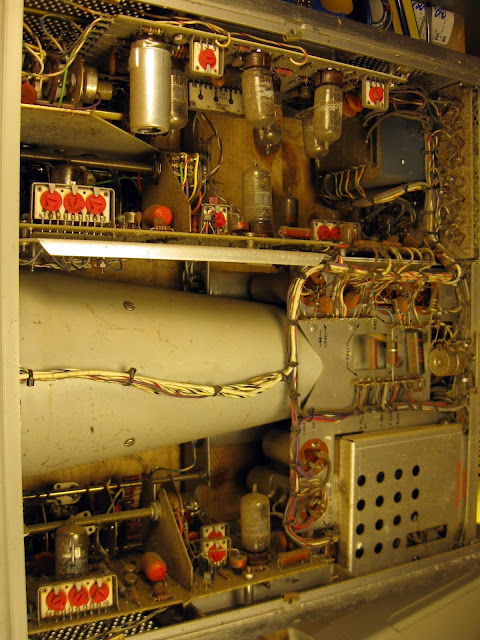 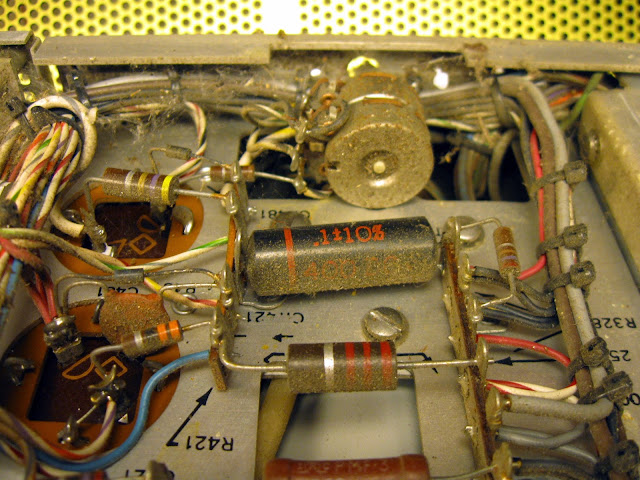 Being in use into the ’80s, most of the paper capacitors which would have failed have been replaced. There’s only one 0.1 uF capacitor in place which needs to be swapped out, and the electrolytic capacitors, and it will be ready for a first power-up. 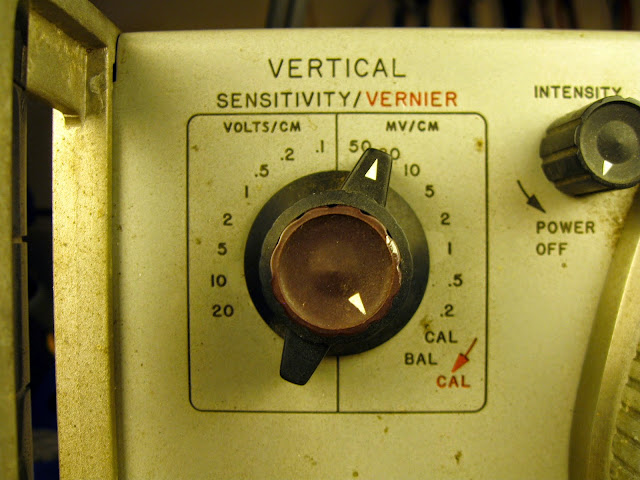 This one will be a great audio scope. It has a built-in X-Y mode and very, very sensitive – 200 uV/div, which is 20x more sensitive than any of my other oscilloscopes for detecting the smallest amounts of distortion and high frequency noise on an audio signal. There’s a working condition HP 130C on eBay right now

which displays a trace for an example of what they look like. It’s a very classy instrument! 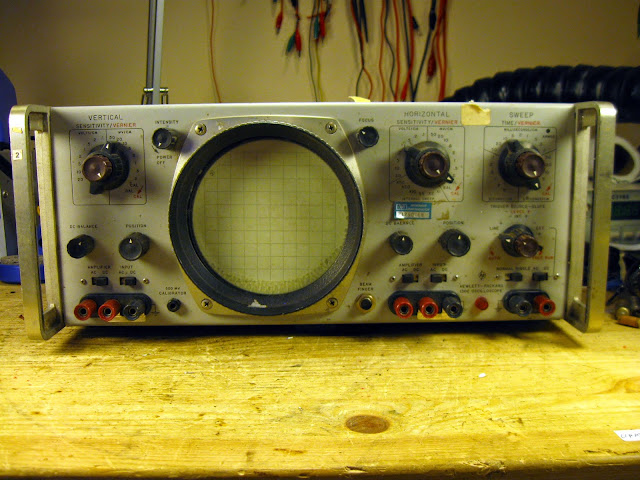 Should be a fun project. I’ll post here when it’s ready to go!