A local gentleman brought in his JVC DVD player, model XV-S60, for repairs. It’s a high end unit from around 2001 with some sentimental significance and despite it being a fair bit outside my normal interest, I decided to take this one in on a best-effort basis and see what I can come up with. 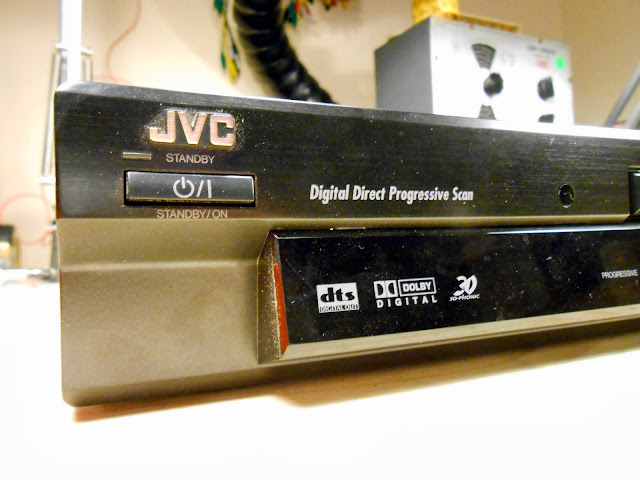 It either had a capacitor leak, or some water damage, or possibly both which caused some corrosion inside, and was refusing to play DVDs – only CDs. 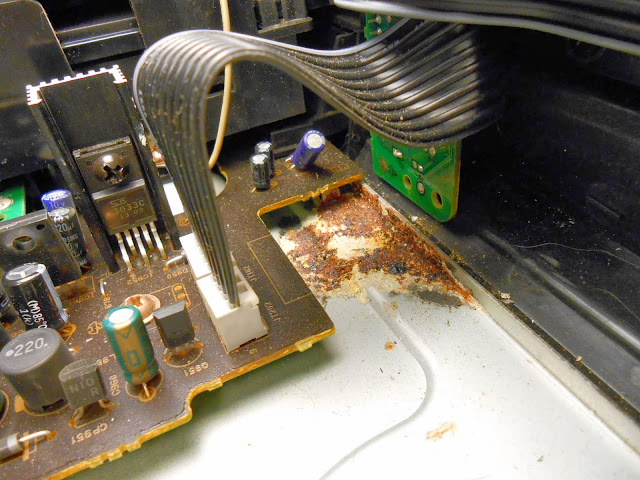 With this board being suspect, I located a replacement board which was known to be operational and tested it to verify, then proceeded to perform a complete capacitor replacement to ensure it will have a long lifetime for its owner. 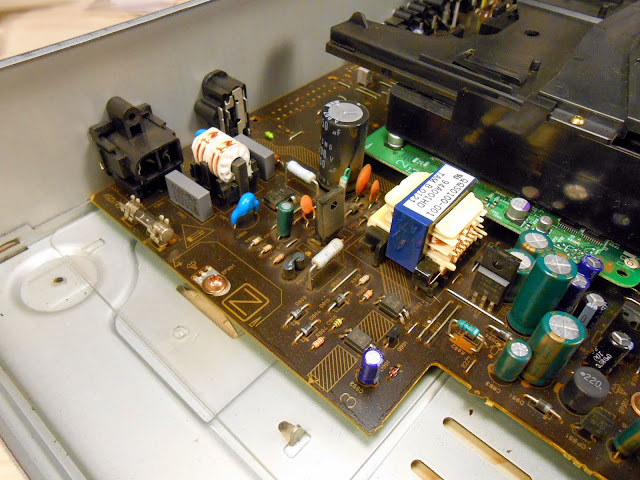 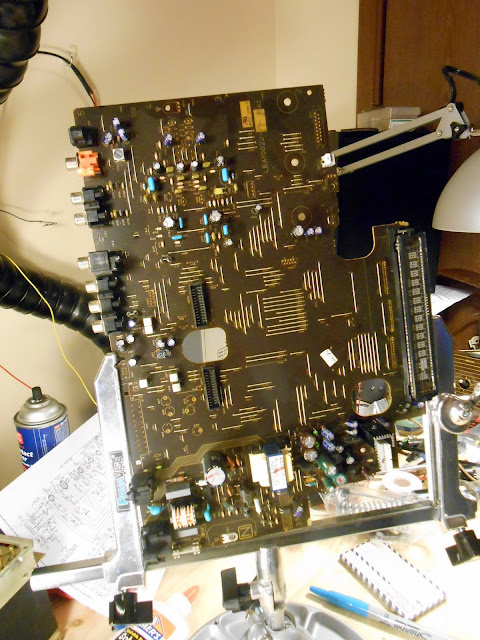 Although not really made to be serviced, the silkscreen nicely indicates polarity for the electrolytic capacitors. It’s only a single-sided board; some ICs and SMD components are on the bottom, and the top side is populated with through-hole components, with jumpers up as needed to cross traces. 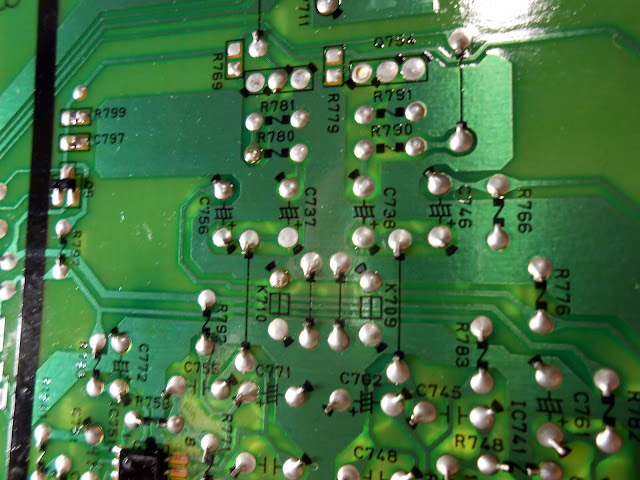 After component replacement, I powered it up again to verify operation – DVDs are now coming in great! 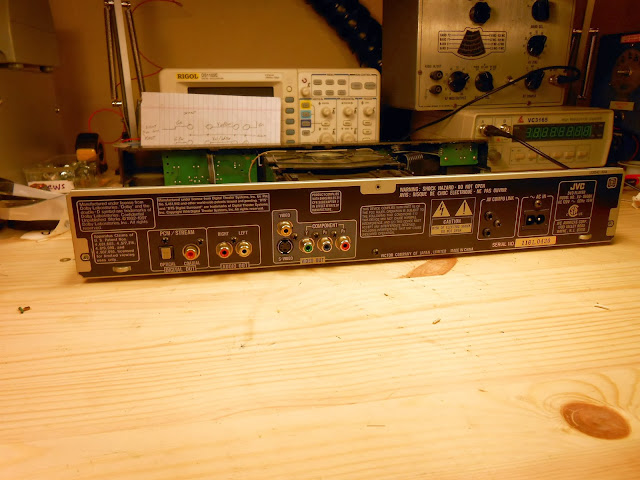 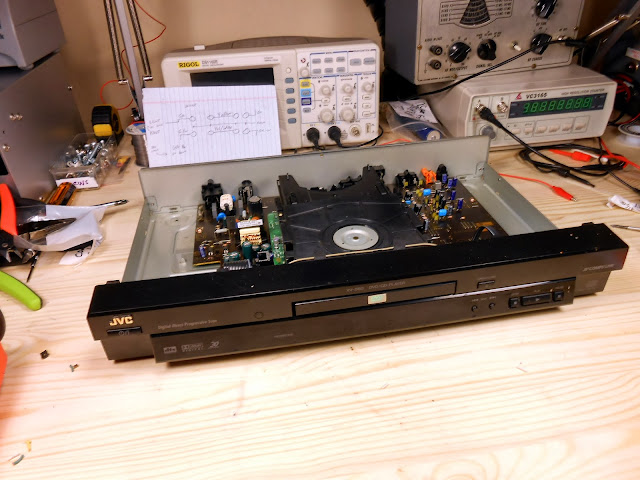 I’m not really sure what kind of life to expect out of the refurbished DVD player. The capacitors themselves will be good for a long time, but I don’t know the state of any of the other components or their estimated longevity – laser diodes, controller circuitry, really anything else. The player sat in a damp environment for a little while and has some quirks from being over 12 years old and well-loved at that, but now it should be good for a while.