I recently had this Bose 901 Series I Active Equalizer, serial number 50911, in the shop for repair. These are a lot of fun to work on and very rewarding for the great sound they produce when they’re working properly. This particular one looks to me like it had seen some service in the past, and the left corner of the front cabinet looks like it had cracked. The Early Production versions of these cabinets were made from hardwood, but the later ones merely MDF with a veneer applique on top. 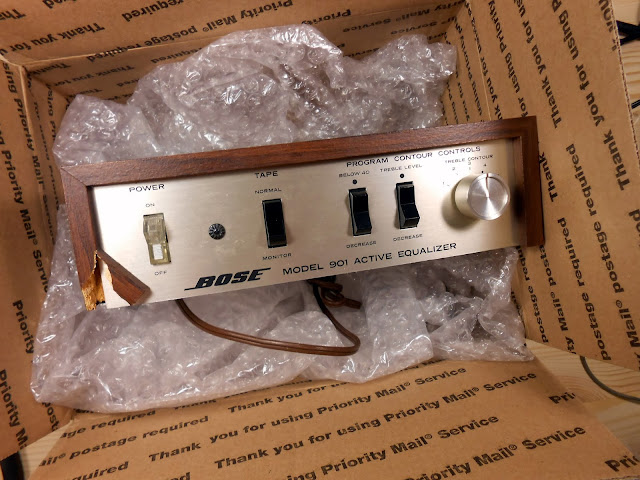 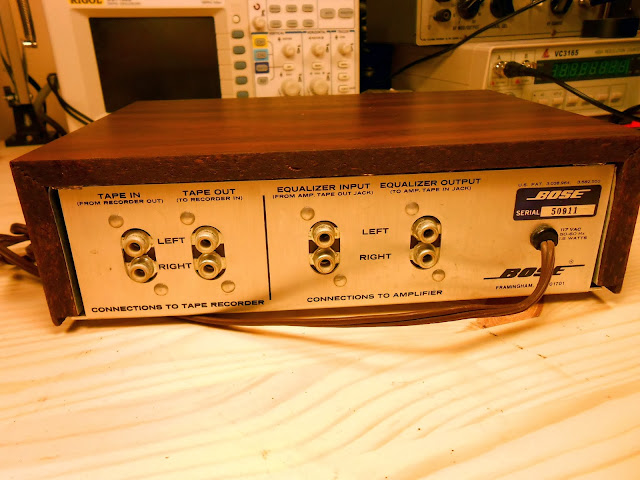 Inside, it looks like there was a series of repairs which replaced most of the electrolytic capacitors and a few of the signal capacitors in the middle. Either that, or it was a production stock changeover – but I find that unlikely. On all of the original components, the lead ends are slightly crimped in addition to being soldered – you can’t pull a desoldered bare lead which is sticking through the board back out the top side. On every replacement part I’ve seen, the wire end is not crimped. It’s not a foolproof method, but it seems to be pretty accurate. 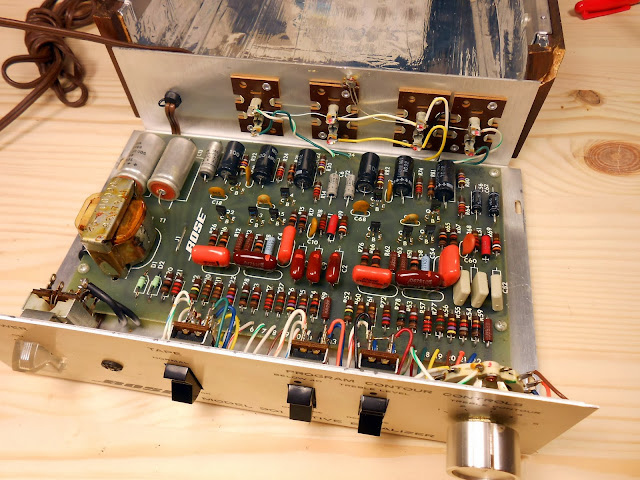 You can see the capacitors starting to leak: 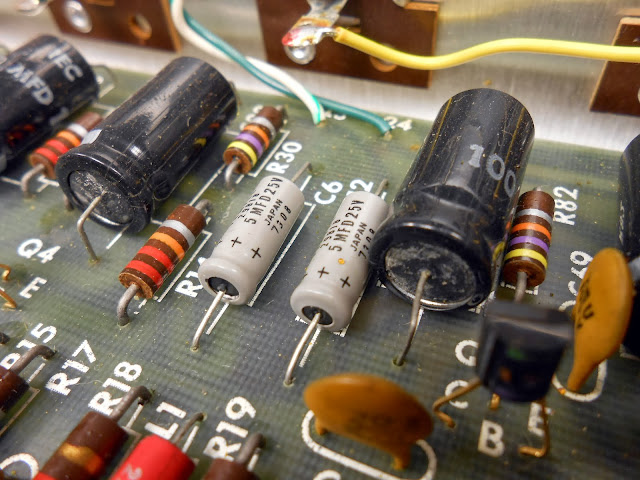 This is the first time I’ve seen this, although it’s a familiar technique: the transformer’s electrostatic shield, which is connected to the outer mounting lugs of the transformer on the core cover, is joined to circuit common. Tube radios used this technique as well to reduce interference. These Series I Active Equalizers are very resistant to interference in the first place – especially compared with the Series II and Series III – but this will theoretically help even more. 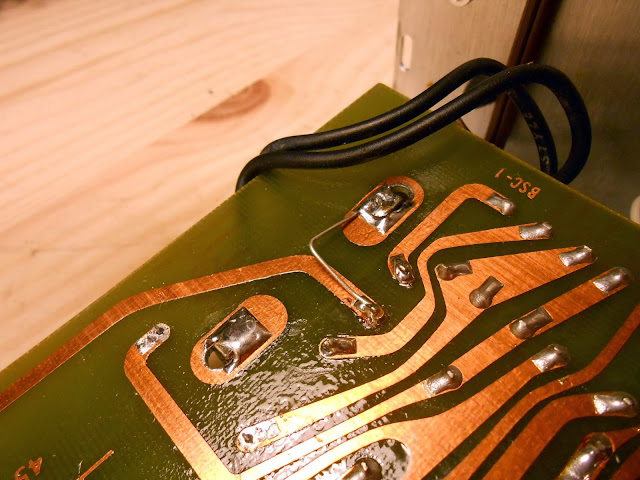 This equalizer’s owner requested I make a small modification to the circuit. These were originally fitted with electrolytic output capacitors – and that’s what I usually use as an OEM-level replacement. Electrolytic capacitors both then and now do have a fairly high dissipation factor compared with other capacitor materials. Hi-fi audio makes use of a wide array of film capacitors which offer a much lower dissipation factor – about 100x lower in many cases – to improve the output quality and lower distortion. This is one area where materials science has advanced significantly and we can make a real performance upgrade. 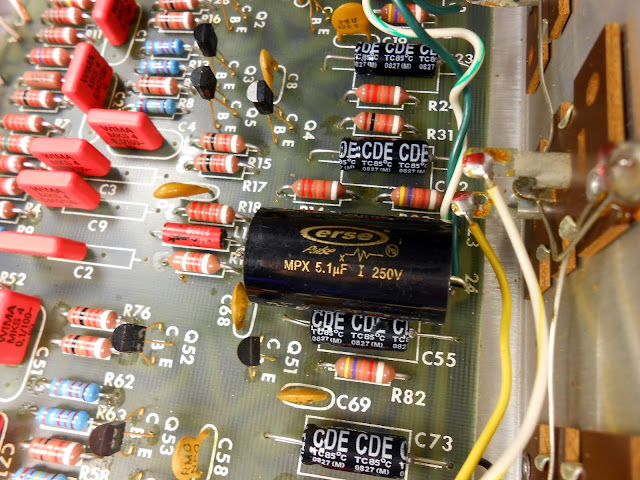 The specific audiophile capacitors I use vary depending on what I have in stock, but all of them offer the same advantages. In this case, I’m using a 5.1 uF capacitor to replace the factory 5 uF capacitor. This is well within the +80/-20% tolerance rating of the original capacitors which would consider any capacitor 4-9 uF correct. 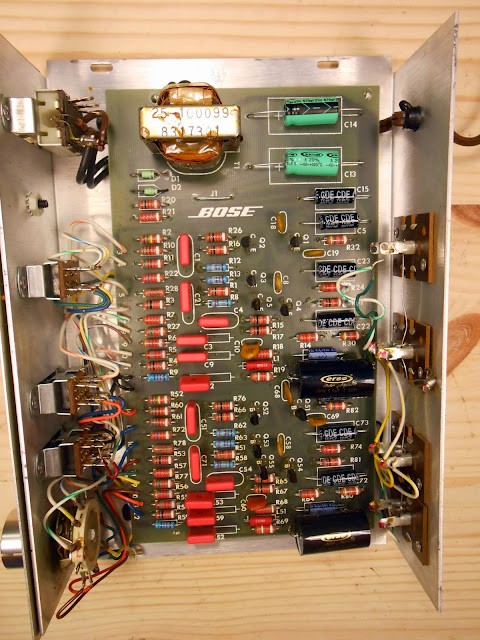 Looks great all finished up! This one will run beautifully for many years to come, and the upgraded output capacitors will really help bring out the dynamics in the music.  After cleaning the switches and a burn-in period it’s all boxed up and ready to go home. 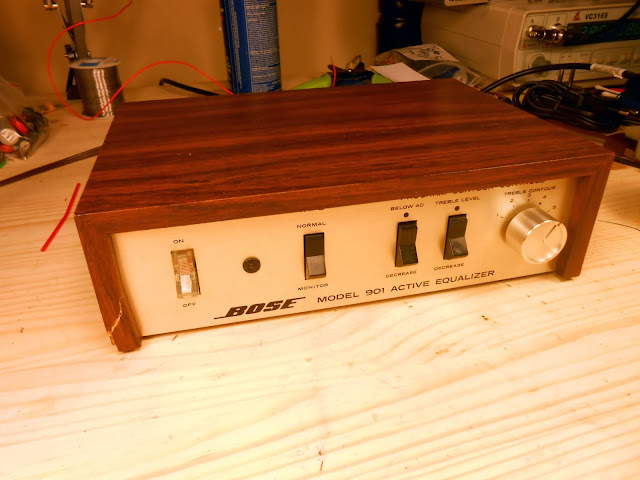 If you need your Bose 901 Series I, Series II, Series III or Series IV Active Equalizer repaired for an affordable flat rate, please contact me!