I recently had a pretty rare piece of equipment in my shop and just finished bringing it back to life – the Series I Early Production Active Equalizer. Bose build the 901 Series I from 1968 through 1972-1973, but they very significantly changed circuit designs after the first year. About the only thing kept the same between Early/Second Production models is the equalizer curve: they have different circuits, different components, and even have a few extra Zener diodes. They’re only a little more challenging to service, but this one in particular required a lot of detective work to get it going again.

The first thing to notice is the chaotic, hand-laid PCB with no silkscreen. 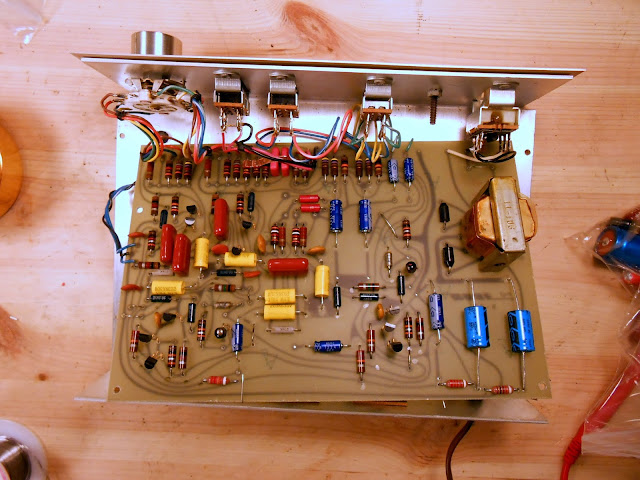 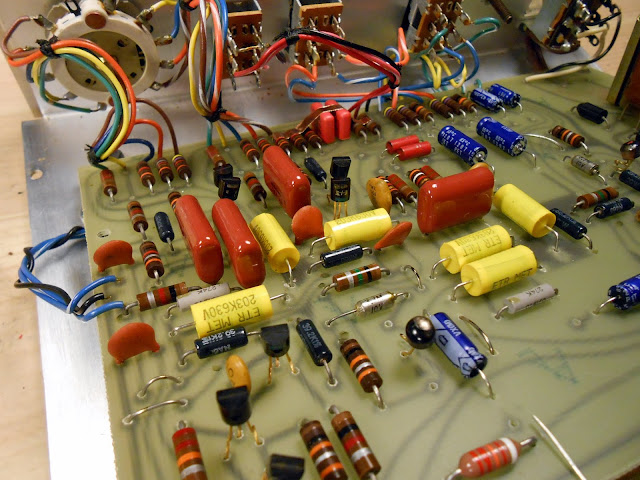 This early production variant used a few 3.3 uF 10V capacitors in part of the low-frequency circuit that aren’t present on the late production model. In the same circuit there are a few 6.8V Zener diodes. In this case, though, they were very interesting – standard transistors had been used with the third leg left disconnected and the C-E joint reverse-biased to get the 6.3V. I think the transistor was a 2N3393, although it was marked over so it’s tough to tell. 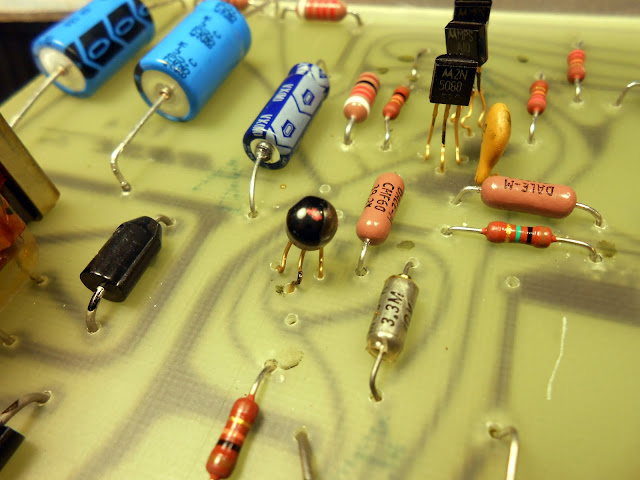 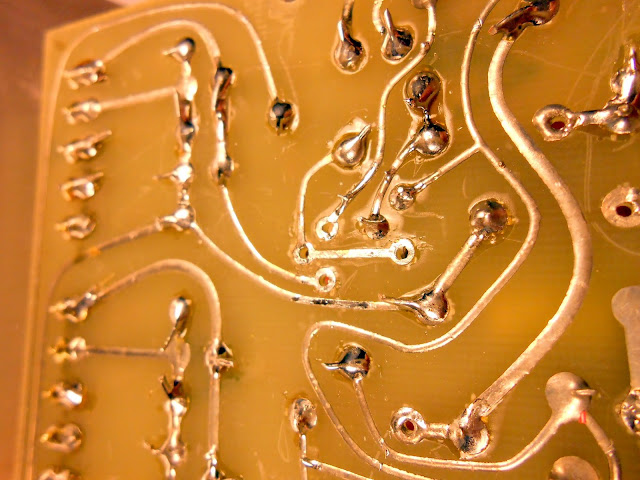 After component replacement was complete, I was still only getting signal from one channel. The other channel had the negative edge of the waveform clipped. After extensive troubleshooting with the oscilloscope, multimeter, and schematics checking each trace I discovered a cracked solder joint on one of the jumpers. With that repaired, the signal started coming through cleanly. 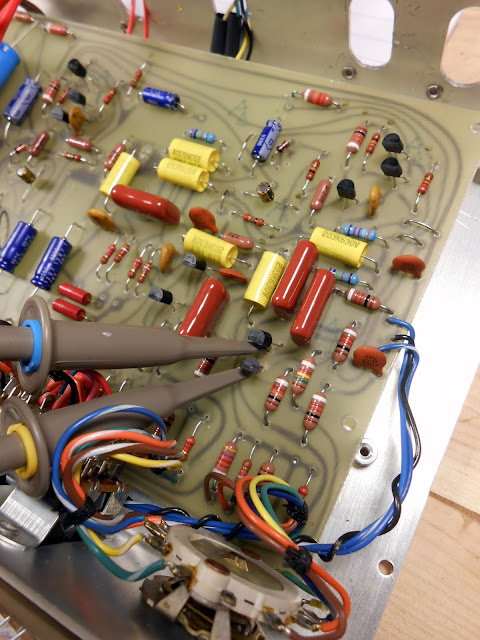 This equalizer is going to Germany. I outfitted it with new, gold-plated jacks to replace the damaged originals, and added the 10K 5W dropping resistor and European plug to convert it to 220V operation. This is the method Bose originally used. 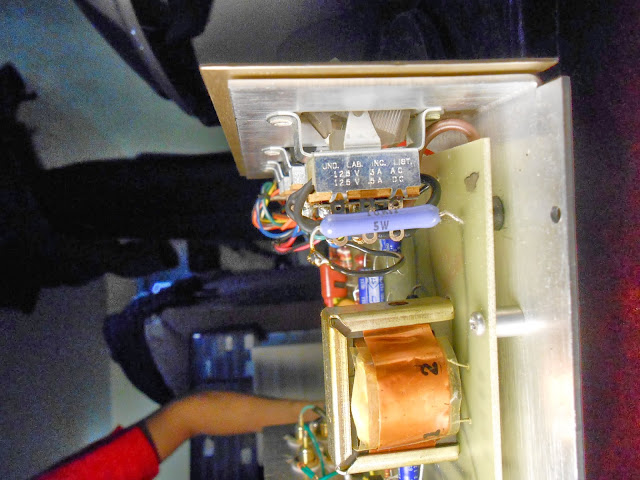 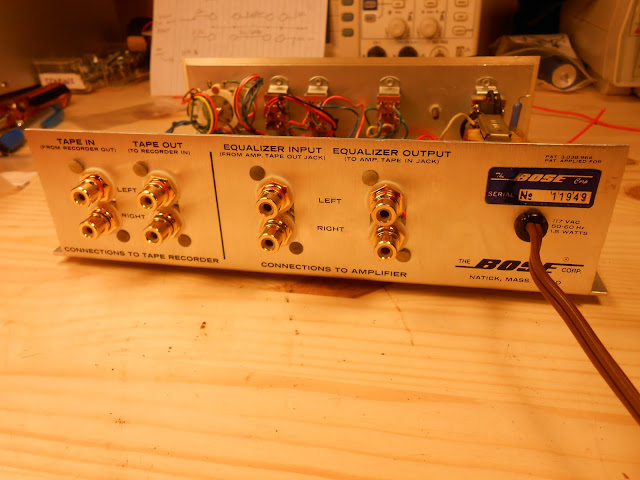 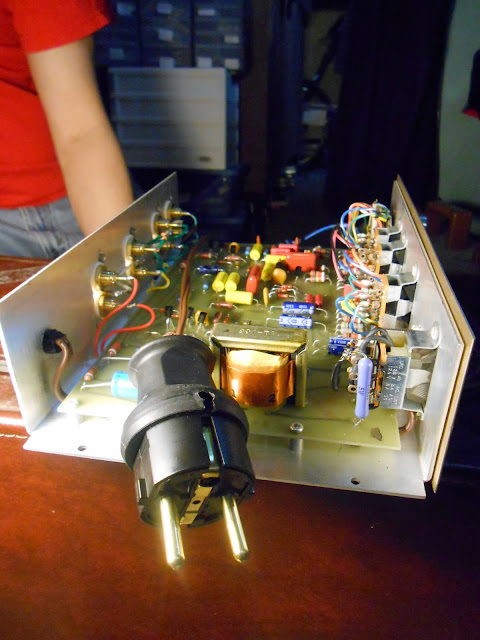 With this set, I’ll be boxing it up and shipping to its new home where it should serve faithfully for many years to come!