A client came to me with another Grunow 589 needing repair. I’ve seen this model radio before in my shop and it was pretty exciting to work on another identical one. This particular one came in excellent shape – it looks like it was stored well for most of its life. The chassis arrived with no dust, no rust, a shiny coating, and not even any cadmium flaking off under the chassis. 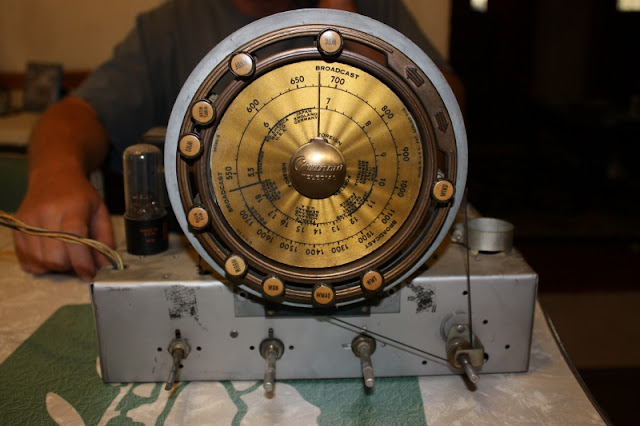 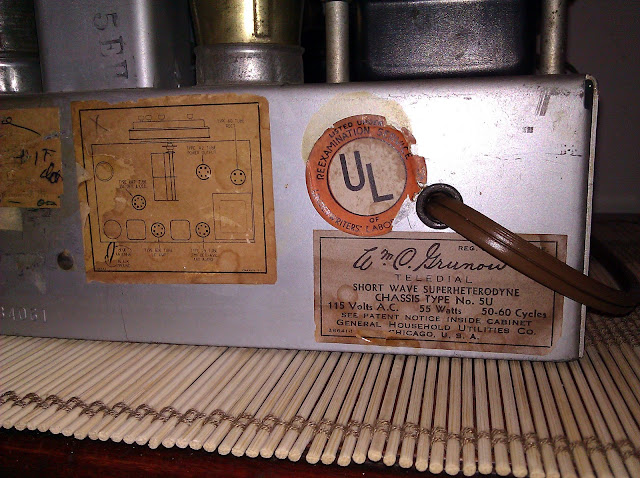 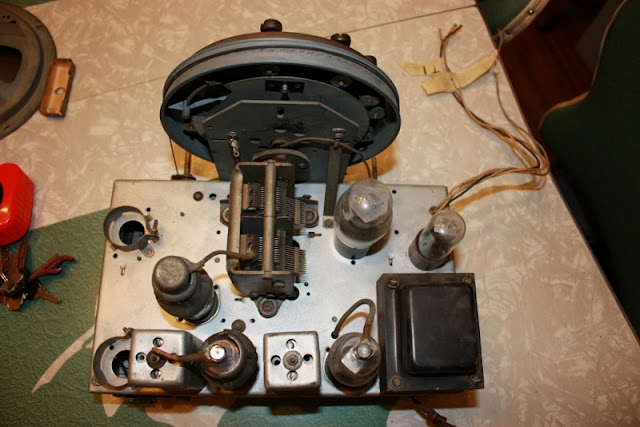 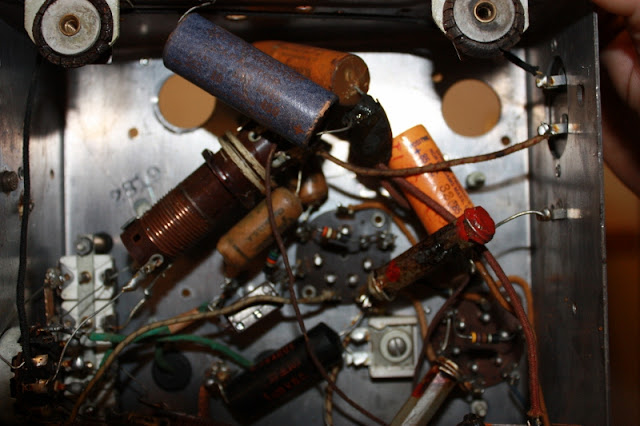 The radio looks like it was well loved during its time. Built in 1937, it has evidence of being repaired several times all the way up through the 1950s. The UL Reexamination Service sticker is somewhat of a testament to this as well, and the fact that it’s in nearly perfect shape.

I sourced a volume control identical to the original (250K with a tap for tone compensation) and a functional replacement output transformer. With these parts on hand, it was a simple matter of performing the replacements. All capacitors were replaced with brand new models, and any resistors that had drifted in value by more than 10% were also replaced. On this radio, the first audio output tube (type 76) used a bias battery to establish a control voltage. As circuitry evolved, engineers discovered this was no longer necessary; I updated the circuit design to eliminate the battery by changing the 500K grid resistor to a 10 Meg grid resistor and jumping across the battery. 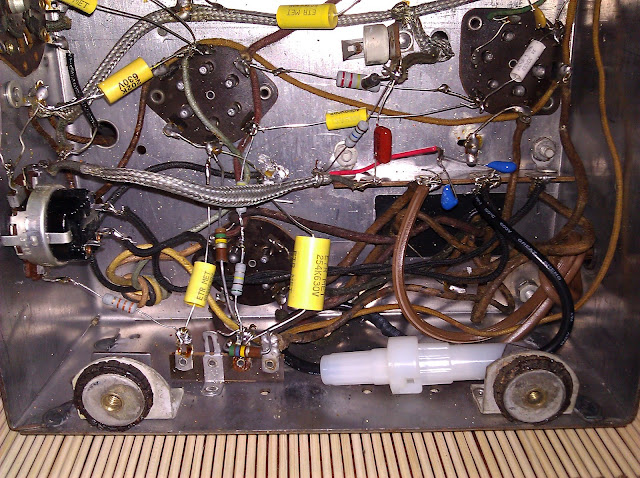 I also installed interference-suppression capacitors on the incoming power line, and a 0.75A inline fuse under the chassis to protect against a tube shorting and taking out the power transformer. With these modernizations, the radio will play beautiful and should perform without maintenance for many years. 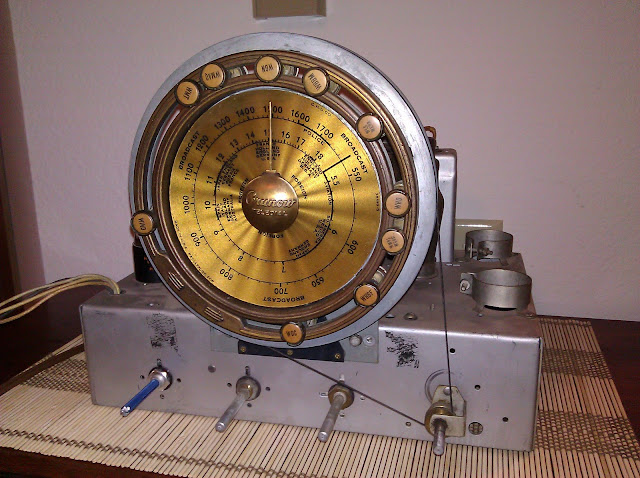 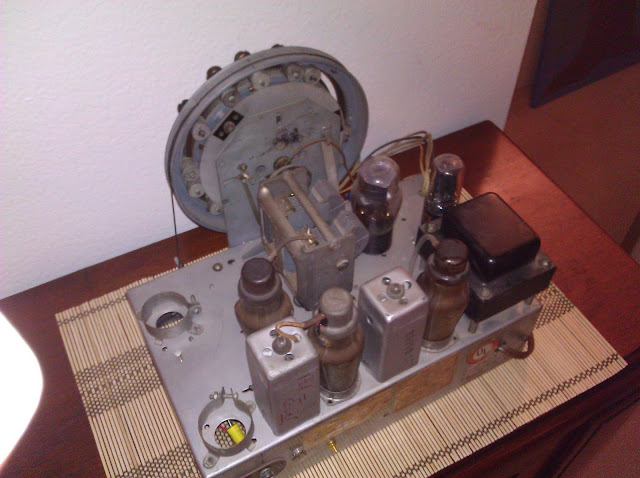 A few parts were replaced during this operation: 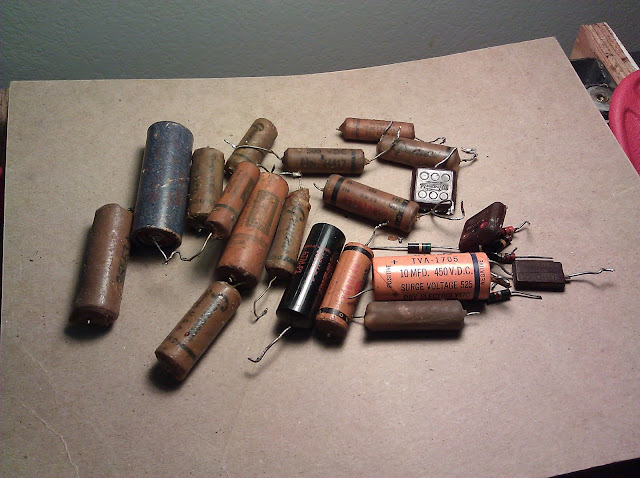 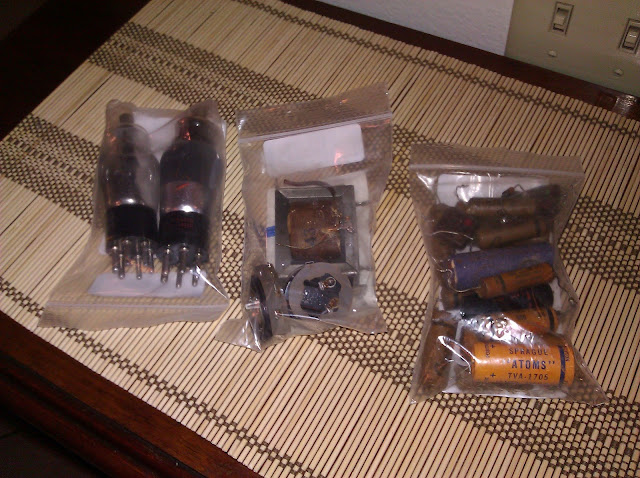 The radio’s owner sent me a photo of it installed back in its cabinet after he received it from service. It looks – and sounds – great! 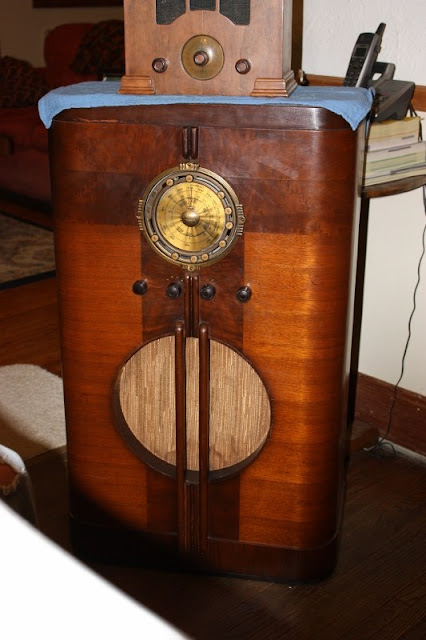 I provide affordable antique radio repair services in the Seattle Metro area and beyond if you’re willing to ship the guts. Check out my portfolio and information page for more details!