After seeing the repair I made on the Samsung LCD monitor, a friend gave me a few-years-old Westinghouse LCD/TV that had quit working – it wouldn’t power on anymore. It’s a Westinghouse SK-19H210S, 19″ LCD accepting VGA or HDMI up to 1440×900 resolution (somewhat smaller than true 1080P) and can also tune ATSC and NTSC television signals to receive HDTV over the air.

It’s apparently a very known fact this one has a weak power supply – all over the web. I opened it up and grabbed the power board: 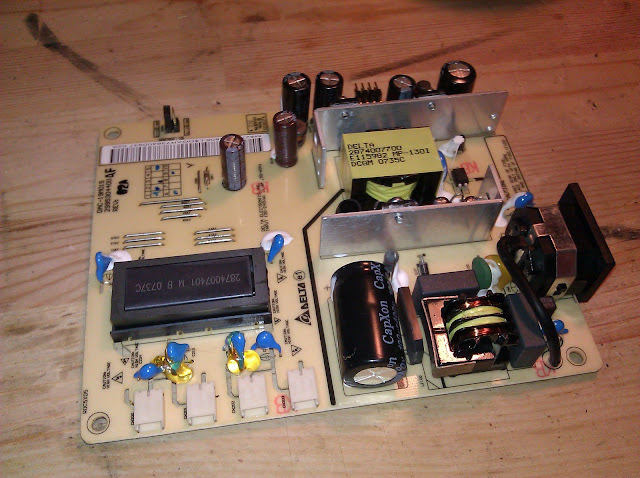 Tucked away all in the back is one capacitor that’s visibly failed, which means it’s likely several are bad or will be soon. 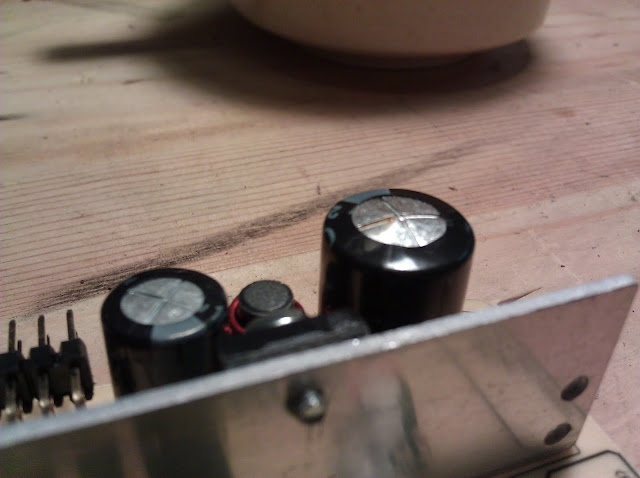 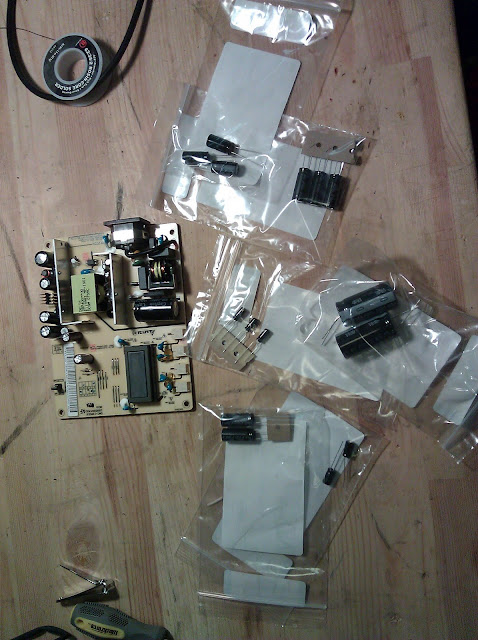 Using my trusty Hakko, I replaced six capacitors. 4 caps in total showed signs of leaking from the bottom as well (discolored board below), 2 seemed okay but I replaced anyway because why not. I’m getting better at using the Hakko and doing this kind of PCB rework in general, the entire process from start to finish only took about 15 minutes this time. 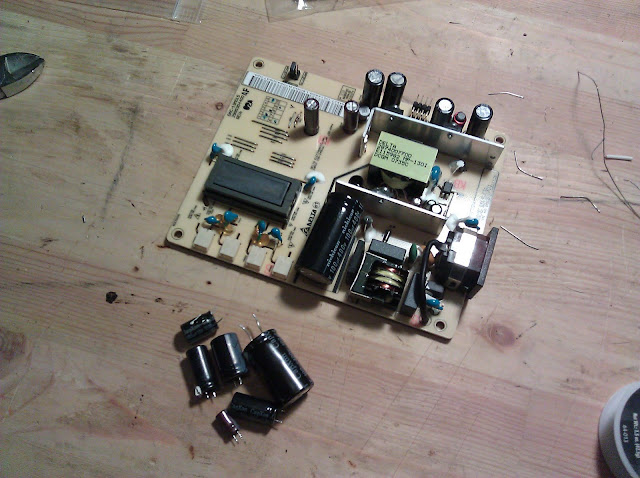 Interestingly (or maybe not), these bad caps were the same brand as the bad caps from the Samsung: CapXon. Obviously those have reliability problems, or are just the cheapest they could buy.

Reassembled and powered on. The first power-up would come online but drop off immediately and it was making a hissing noise; it turns out I hadn’t firmly connected the backlight leads. After fixing that, I snapped everything back into place. Consumer electronics these days aren’t made to be opened up, so the case doesn’t quite fit back together the way I’d like it to around the control panel on the side, but it’s not visible unless you look for it fortunately. 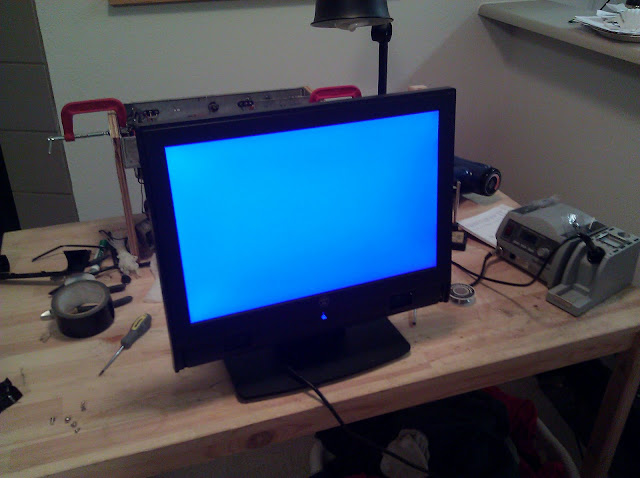 Another one fixed! This one was about $12 of parts. Looks like this one goes for around $80 these days, so I’m half-way to getting my money’s worth out of that rework station already.

My next TV repair will be somewhat more ambitious. I got this Samsung HL-P4663W, a 46″ DLP (720p) HDTV for free from Craigslist. It needs a new bulb, and some other rework, and it’ll be worth a few hundred dollars after I get it sorted. I don’t intend to keep this one (as I already have a 46″  Samsung LCD that does full HD resolution) but just to repair and sell most likely. 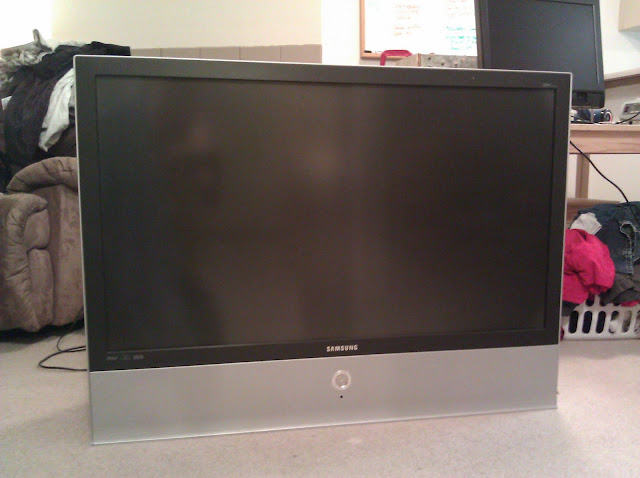