I had the distinct pleasure of working on one of the earliest  Bose® Model 901 Active Equalizers from Series I’s first production run. Serial #230, in fact! It’s made entirely by hand and shows traces of hand re-work as the design was being tweaked – really a piece of history! 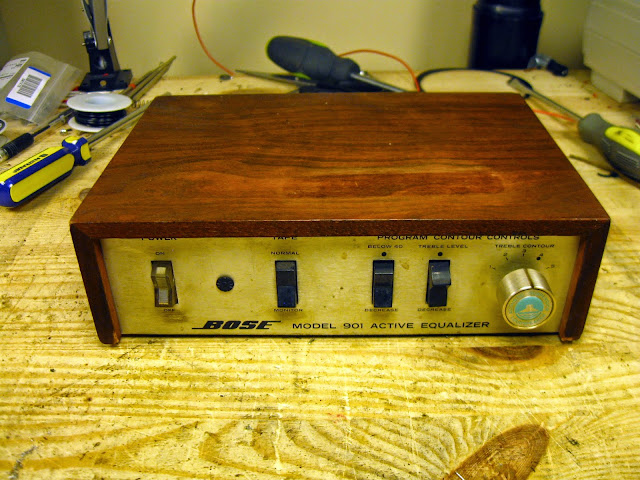 This particular equalizer was a gift from Dr. Amir Bose himself to its current and only owner as an undergrad on a factory tour in the early ’70s, and after a lifetime of enjoyment it was time for a rebuild. 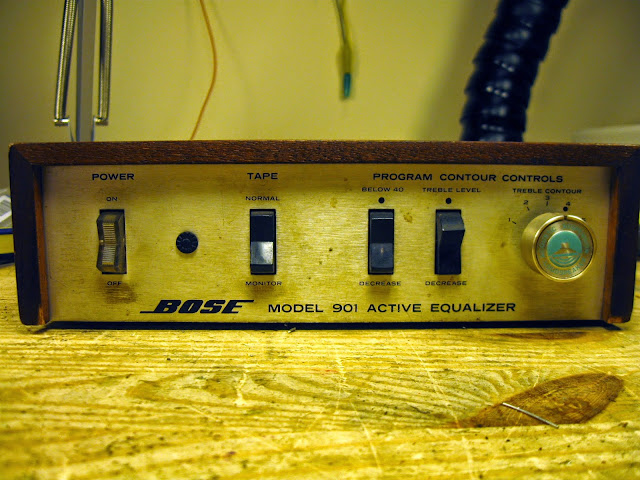 Incredibly, this one still has the “Acoustic Suspension Loudspeaker” decal in the center of the treble contour knob. 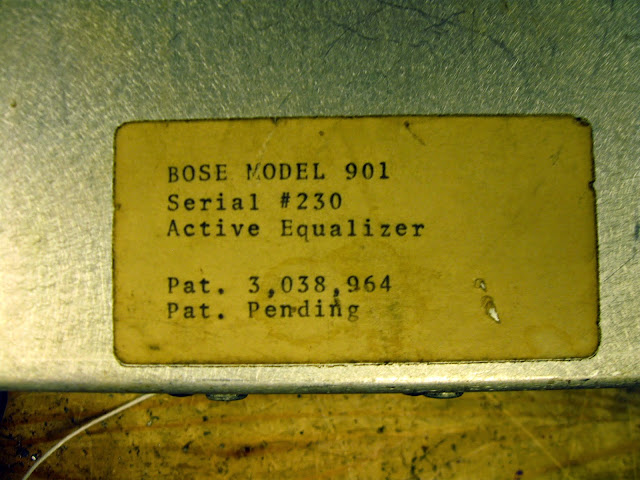 The owner reported it was having several issues, and opening it up one problem was obvious: the bass contour inductors had broken free of their mounts and were rattling around inside. 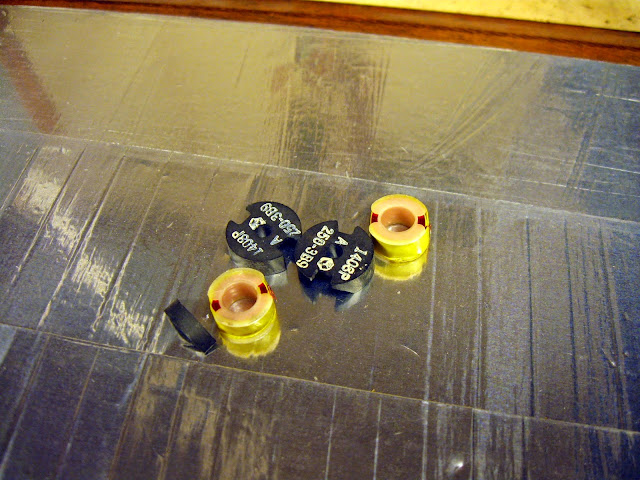 It was fairly similar to the later Series 1 Early boards I’d serviced, but had different style inductors and a few extra jumper wires. 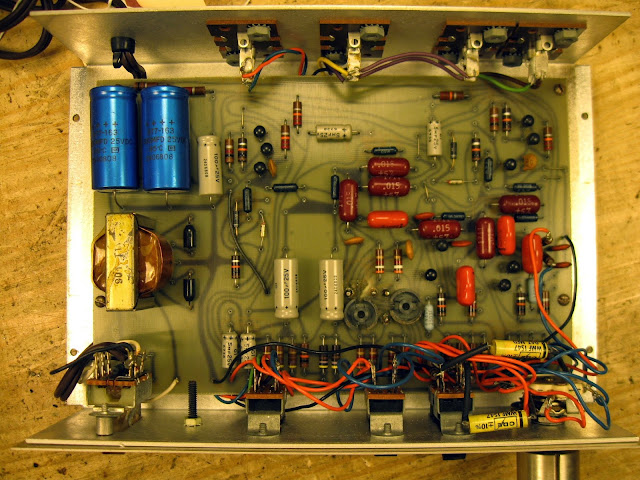 It did have discrete Zener diodes installed instead of the reverse-connected transistors. And as for the transistors – the early production models used the 2N3393, and on this one they were so worn out they were only delivering about 20% of their normal gain tested out of circuit. That’s definitely no good! 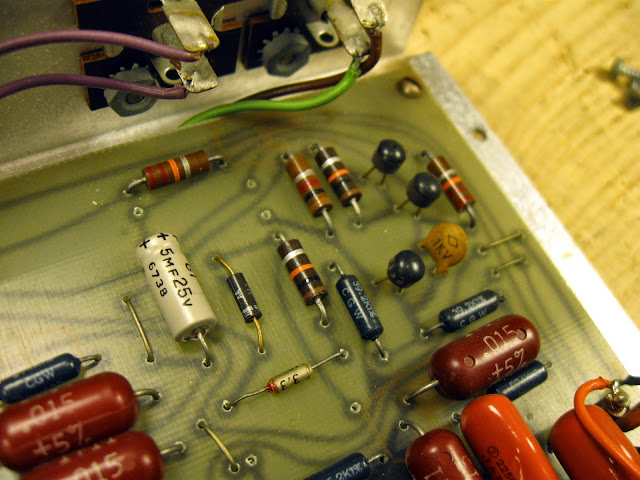 It cleaned up very nicely, though: 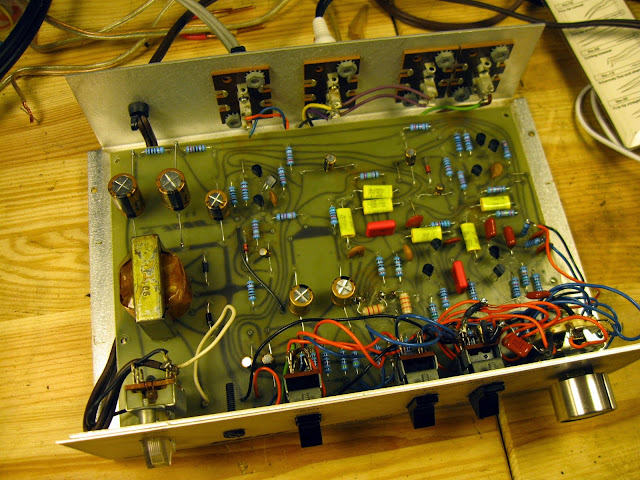 This equalizer is restored back to full performance for its owner to enjoy for another few decades. With all new Nichicon Fine Gold electrolytic capacitors, 1% resistors, new miniature wirewound inductors, rectifier diodes, transistors, Zeners, and a thorough switch cleaning this one is good as new and will sound great for a long time to come.