What’s that piece of wire, some kind of gimmick? [Mailbag]

I was talking with a fellow antique radio hobbyist on the phone the other day about a repair he was working on. A TrueTone battery radio, he’d taken care of all the important steps – checking out the tubes, replacing capacitors, replacing the broken wires, that sort of thing. The radio worked before the service but wouldn’t play after and so we talked through the steps to see if there was anything he’d missed and get a second set of eyes on it. This set had a lot of rubber covered wire which has degraded over time and turned into bare wire, so some of that needed to be replaced. This started to become a problem around the second half of the 1930s up through WW2 and sometimes after…you can replace the wire or unhook one end and cover it with heat shrink tubing. Everything sounded good until I heard about replacing some wires “on top of the variable capacitor.”

RF issues in these old things are insidious and tough to locate and it takes a lot less than you’d think to throw it off. Wire diameter, wire length, physical positioning and shielding are all involved to some degree. Wiring changes in the front end are the first thing to take a look at. He’d mentioned a broken wire on top that he’d replaced. 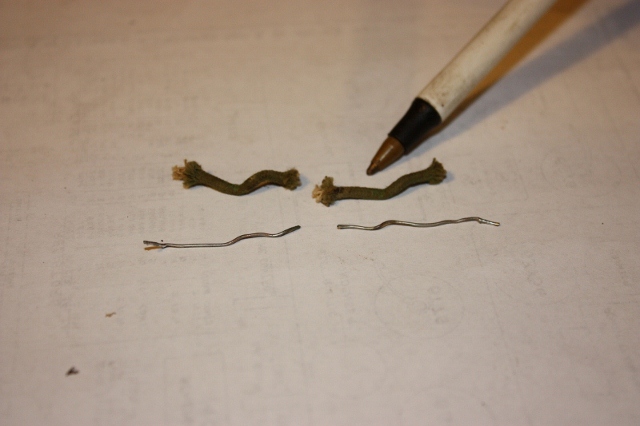 That rang a bell. My next question was, “Were they twisted around each other?” They had been. Problem identified.

This twisted-wire “fake” capacitor is called a gimmick and was a way to save a few cents on the manufacturing cost. It doesn’t take much to make a capacitor. All you need is a two conductive charged plates separated by something non-conductive; two wires twisted around each other don’t provide much but but can make a few pF. Just enough to couple a small bit of a high-frequency signal like in the RF or IF frequencies.  It’s not always obvious that a bit of twisted broken wire is actually a circuit feature, though – especially if it’s in bad shape from age, so replacing it with a new piece of wire is a pretty obvious thing to do. 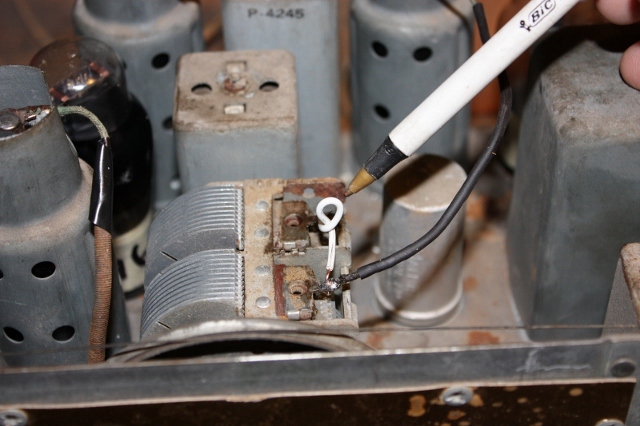 Unfortunately in this case, though, the circuit as connected is shorting the oscillator and antenna sections of the variable capacitor together and the radio won’t receive anything. It was a really quick fix, though. Just twist a little tighter and snip! 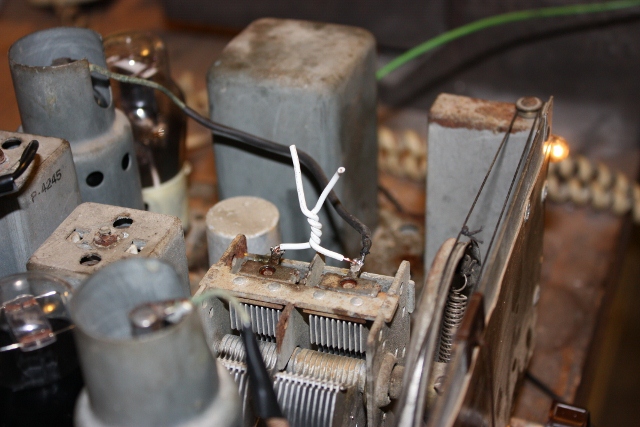 Doesn’t look like much but it gets the job done – the radio fired right up and received stations after the quick change.

He sent over some construction photos to show how you can make your own gimmick replacement: 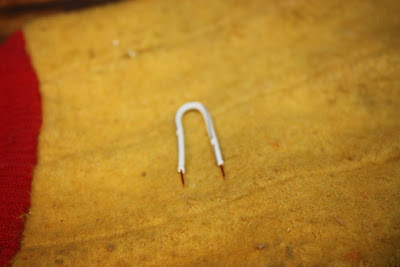 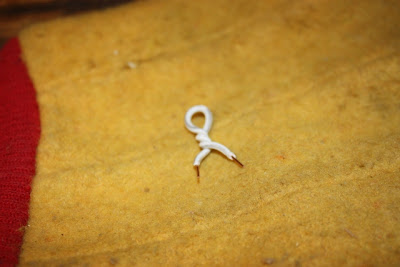 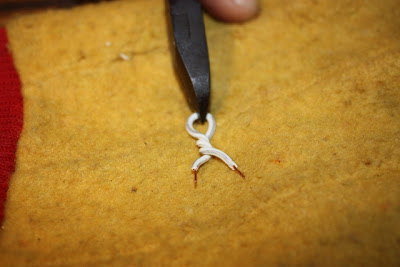 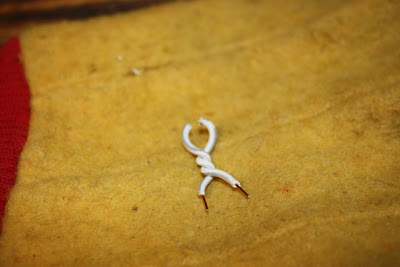 Thanks Steve for the photos! I’m glad the TrueTone is back in operation.

I’m always happy to throw out some advice about antique radios and radio repair, so if anyone reading has any questions feel free to drop me a line through my About Me page, or make a comment reply and I’ll get back to you. Feel free to share photos and stories as well, I’ll post the most interesting ones on here so everyone can benefit.

1 Response to What’s that piece of wire, some kind of gimmick? [Mailbag]