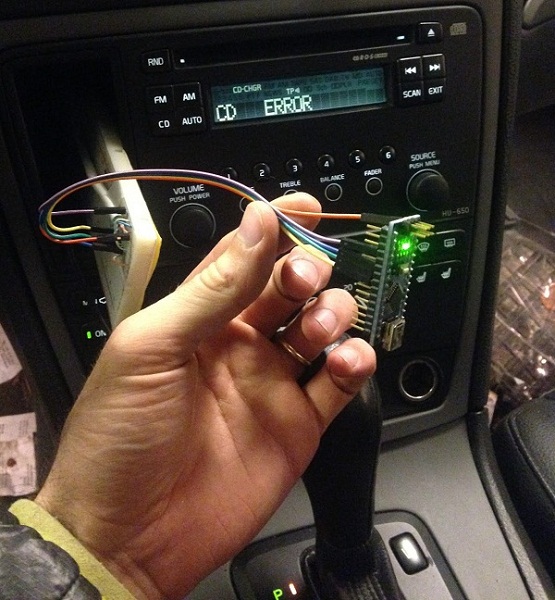 Why, why, why isn’t there an AUX input on my car stereo from 2007?
Yes 2007 was before the big era of smartphones, but everyone owned a couple of dirt cheap mp3 players and iPod was a big thing.
The HU that my car is fitted with has two super retro 8-pin DIN-connections on the back. One of which is for connecting a CD-changer “CD-CHGR” that you could have installed in the boot of the car – but who uses CDs these days?
It didn’t take allot of research to find out there is already a product out there that lets you add an AUX to you HU-xxxx. The only drawback is that it sets you back $80 and most of all: It doesn’t come with the awesome feeling that you get when you have hacked the stereo yourself.

Even being heavily involved in electronics, I’m pretty sure my time is worth more than the $80 a manufactured adapter would cost. Looks like a neat job, though!

This entry was posted in Commentary, DIY, Electronics, Gadgets. Bookmark the permalink.