This Bose® 901 Series IV Active Equalizer, serial #501554, came into the shop with the owner reporting that it loses output on one channel and the sound degrades the longer it is powered on. Definitely time for an overhaul! 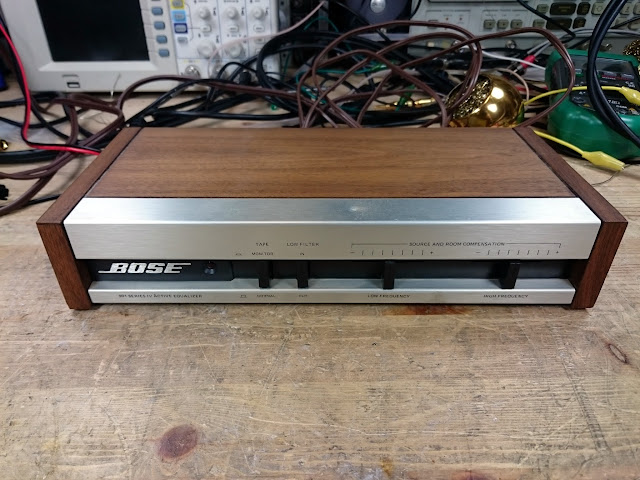 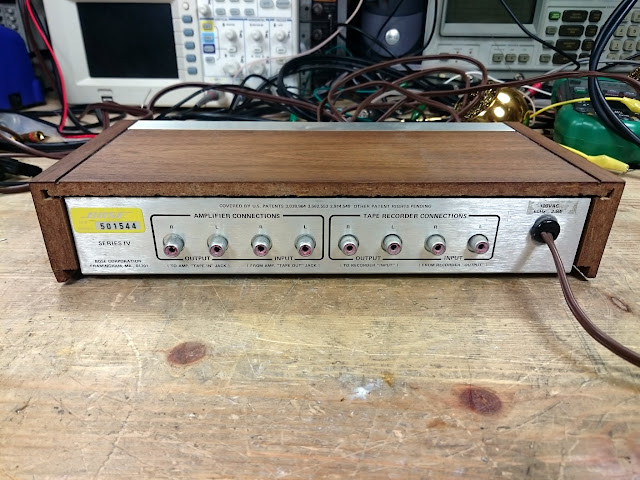 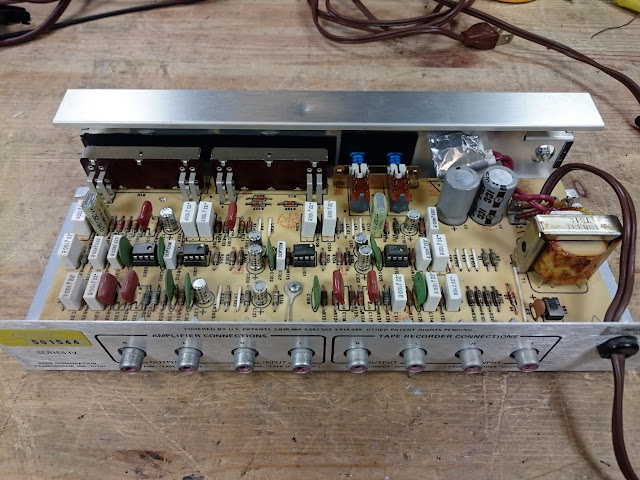 There were a couple of things which were interesting about this particular Active Equalizer. For one, the voltage marking was covered in residue. Inside were a different style of capacitors with European markings: 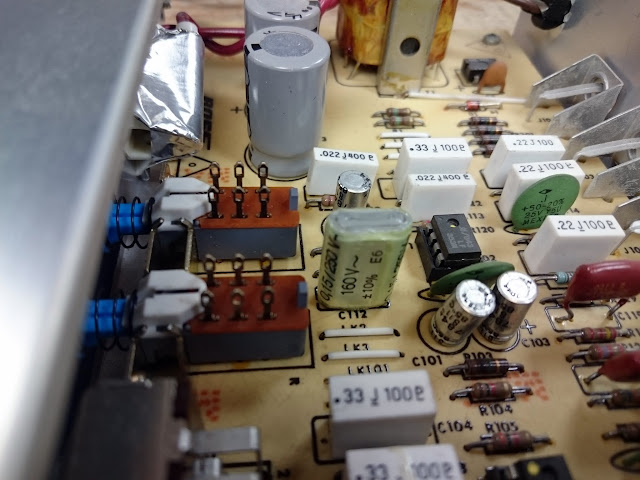 And finally, the power supply links had been added: 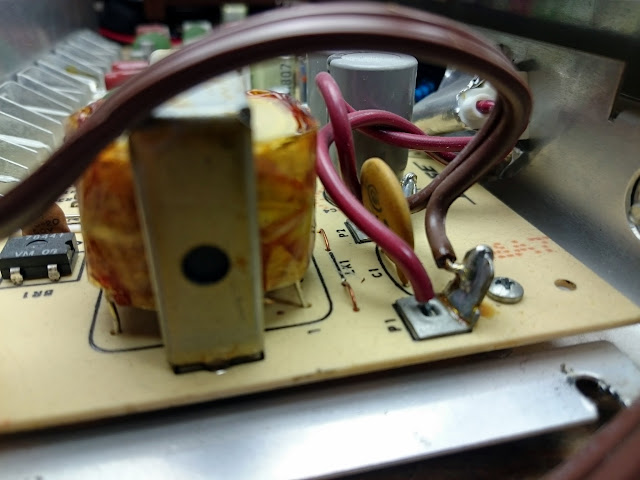 This unit was originally used on 220V in Europe, but was converted to U.S. operation at some point in the past. 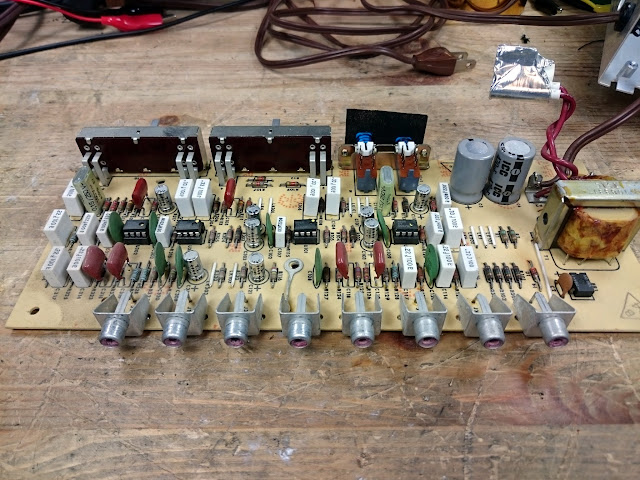 Interestingly, this one also came from the factory with sockets for the op-amp chips, and the same National LF353 op-amps which were the subject of a January 1983 service bulletin recommending their replacement. 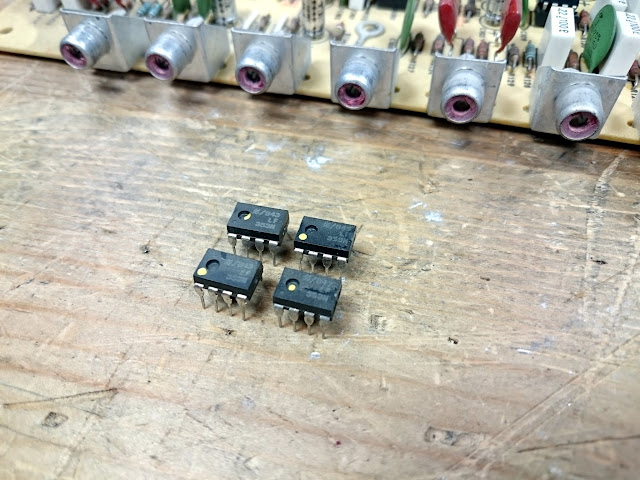 In this case, the owner requested an upgrade to TI precision low-noise op-amps which offer much improved performance over the originals, along with the standard capacitor overhaul and performance verification. 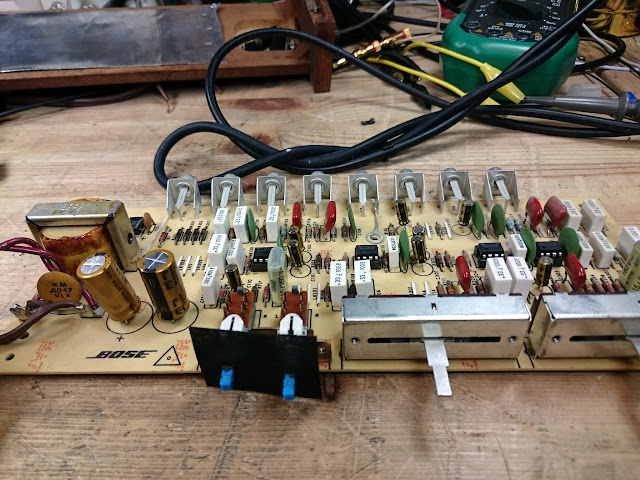 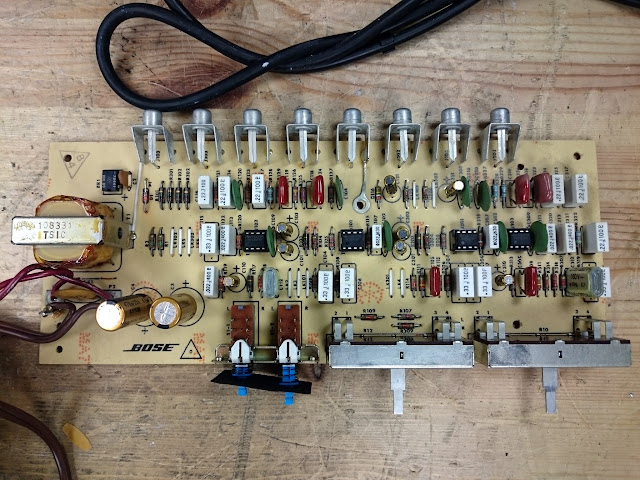 All set! This Active Equalizer sounds fantastic and works perfectly, just like it should. 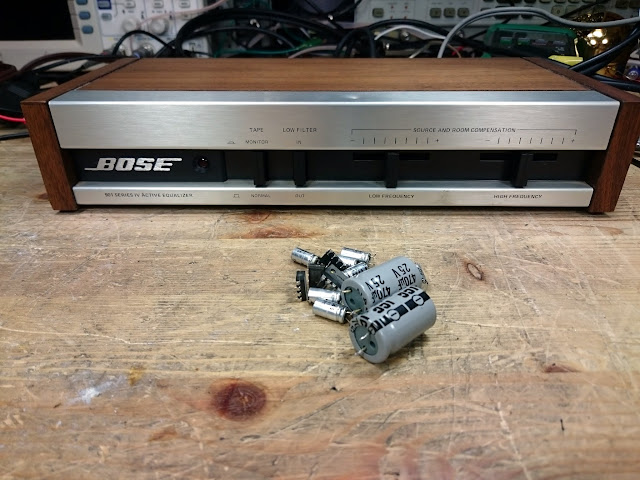