Another Bose® 901 Series IV Active Equalizer came in through the shop for an overhaul recently. This one was a bit unusual, and represents a fairly significant deviation from the published service manual. It looks like it may have been a less-documented late production change, since it shares some similarities to the later Series V with the addition of an active regulated power supply instead of a Zener-regulated one. Otherwise, though, it produces the same set of curves! 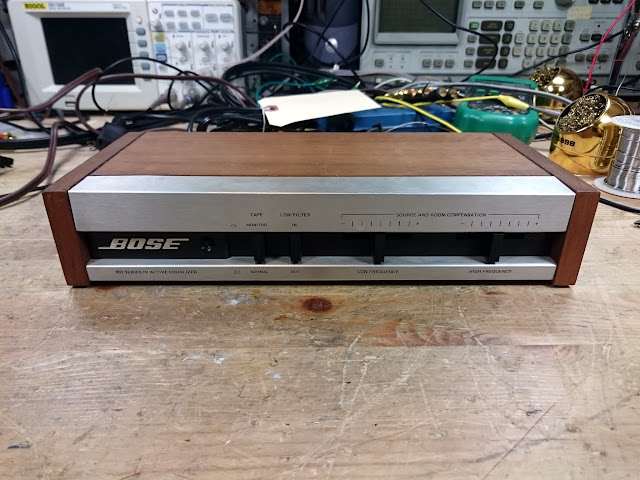 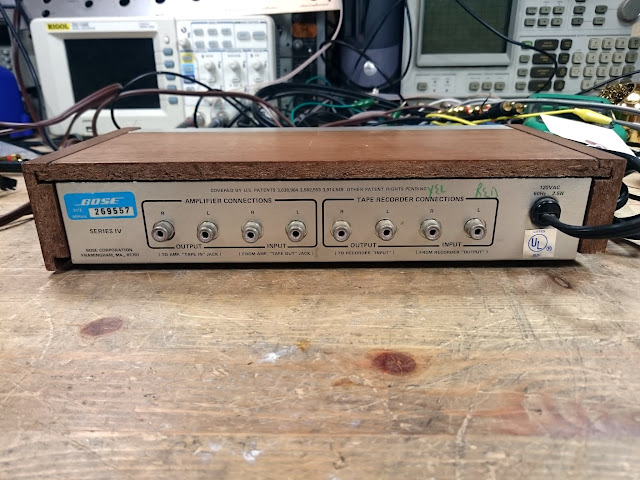 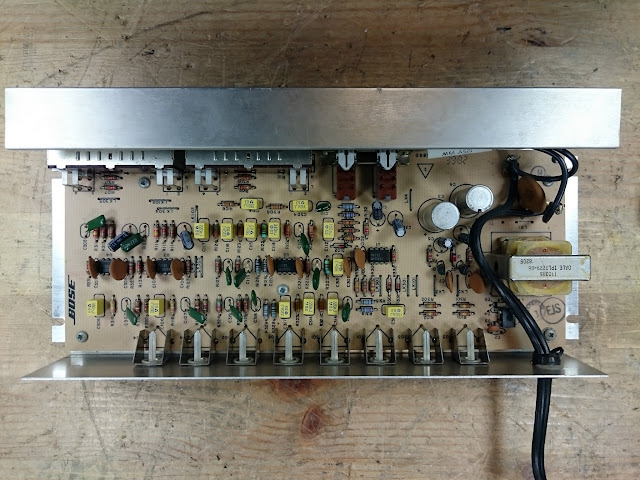 This equalizer stopped working years ago and was put into storage, and it’s owner recently dug it out for a refresh to get his old Bose 901 system back in working order. Upon removing the board from it’s case, it looks like one of the rear panel jacks had broken off – a quick and easy fix. 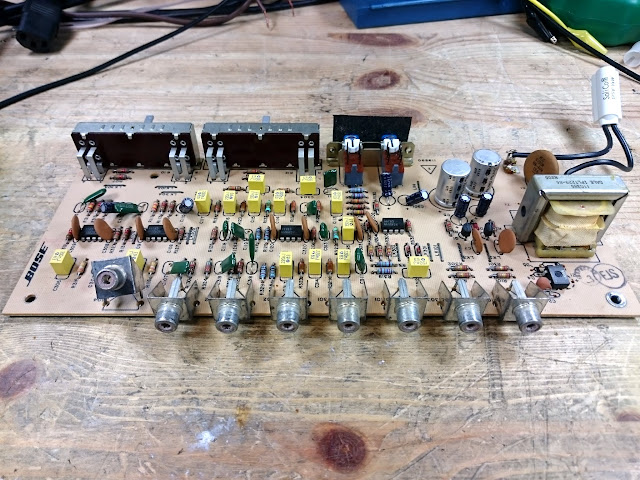 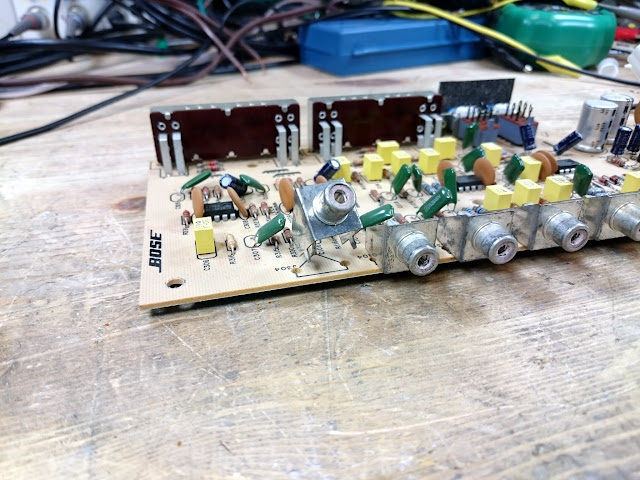 The neon power lamp was dim and flickering so it, too, was replaced: 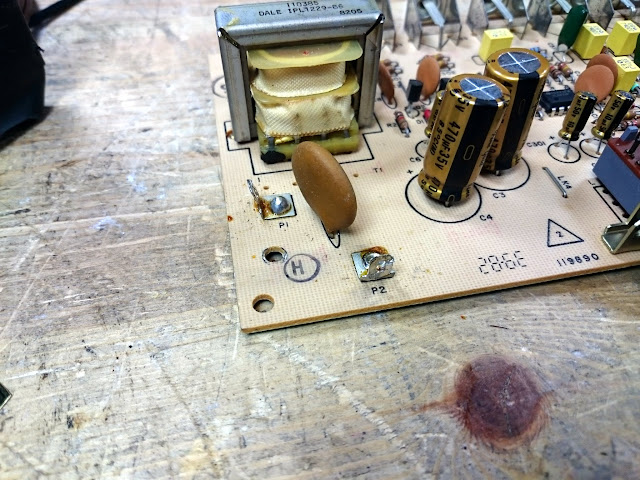 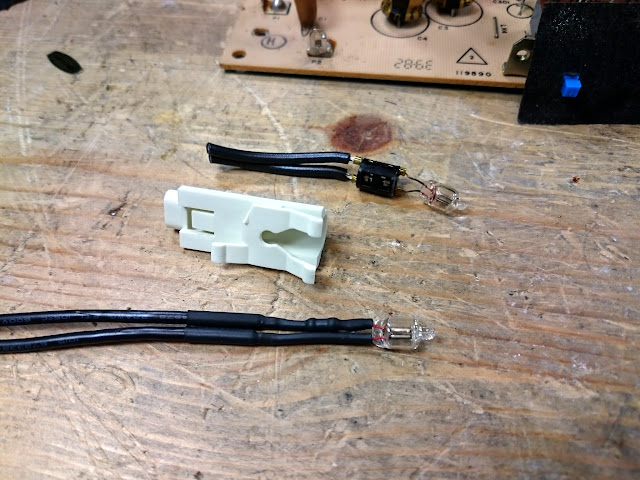 A quick test before reassembling for final checks: 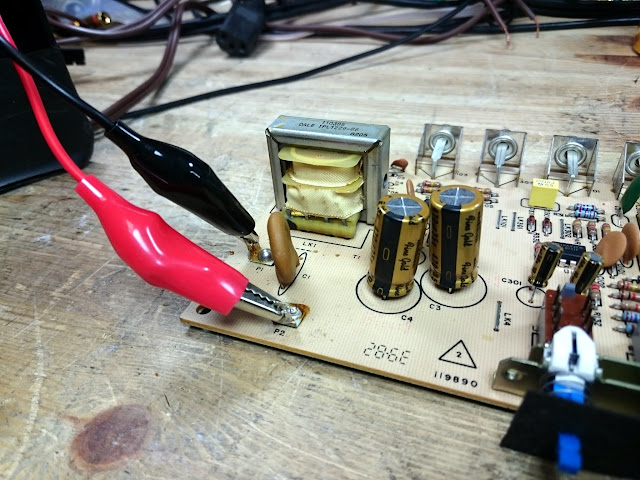 Back to life and good as new! 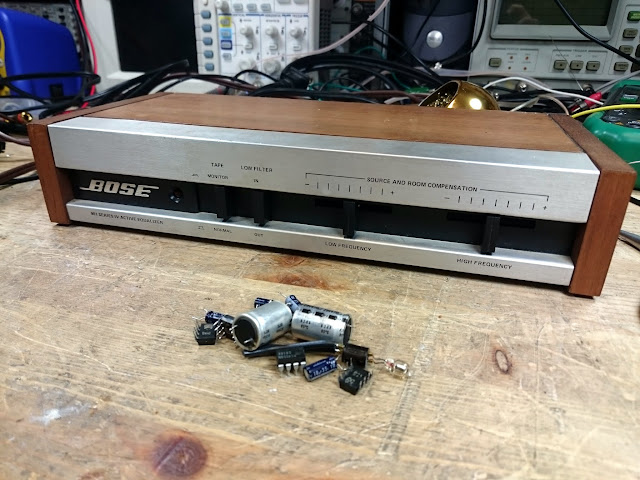