Another Bose® 901 Series IV Active Equalizer came through the shop, this one serial #221114. It’s owner reported that it had lost one channel, so it was clearly due for an overhaul. It looks to have been kept and stored very nicely as the case and faceplate are in great shape. 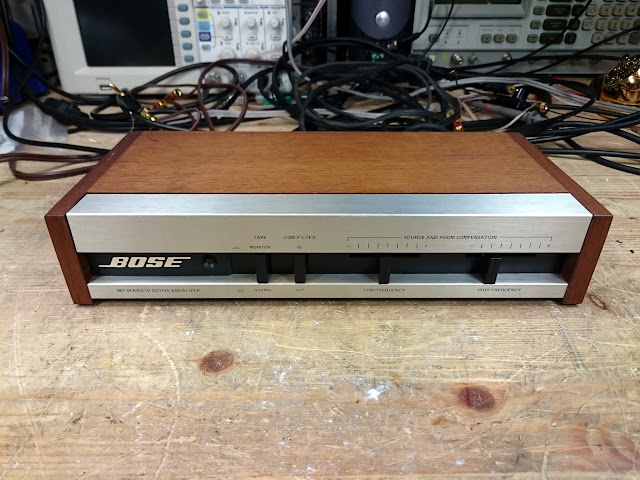 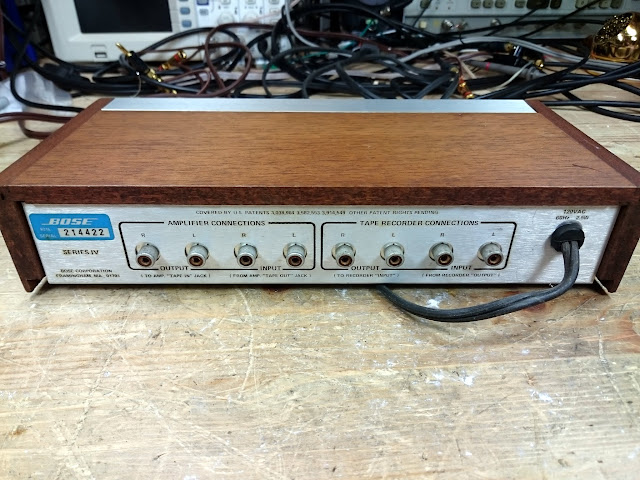 Inside, it looks all original. 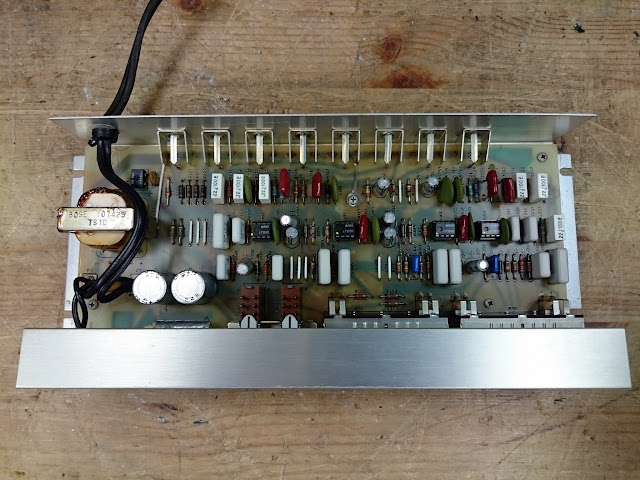 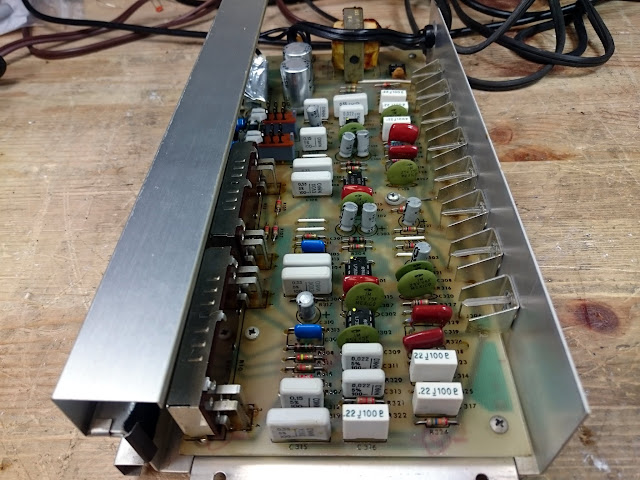 Very original, in fact. The earlier production models of the Series IV had their op-amp chips socketed, but later versions had them soldered. In addition, these are the National LF353N op-amp chips which were very failure-prone and were the subject of a Bose® service bulletin advising their replacement many years ago. If this equalizer was running well until just recently, that would be quite unusual! 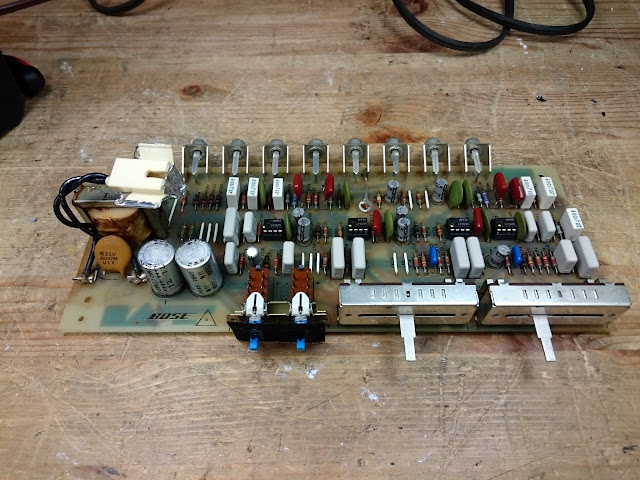 In this case, it received all new RC4558 op-amp chips, and new Nichicon Fine Gold capacitors. The installed capacitors were very crusty and many had leaked from their bases. 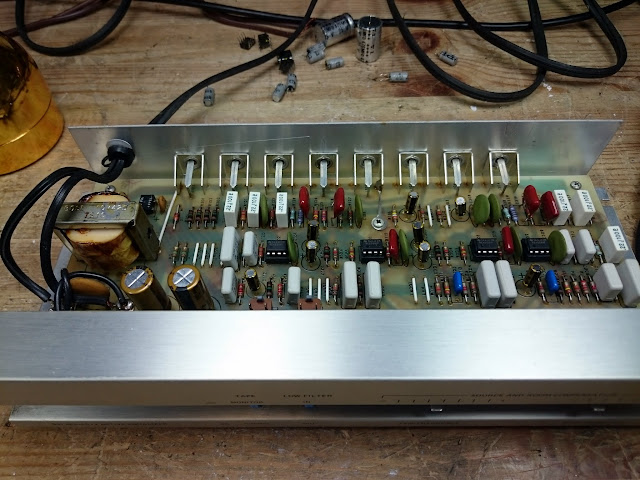 This equalizer sounded great after the re-build, and passed it’s specifications testing with the Audio Precision System One. It’s going to be playing music for a long time, now! 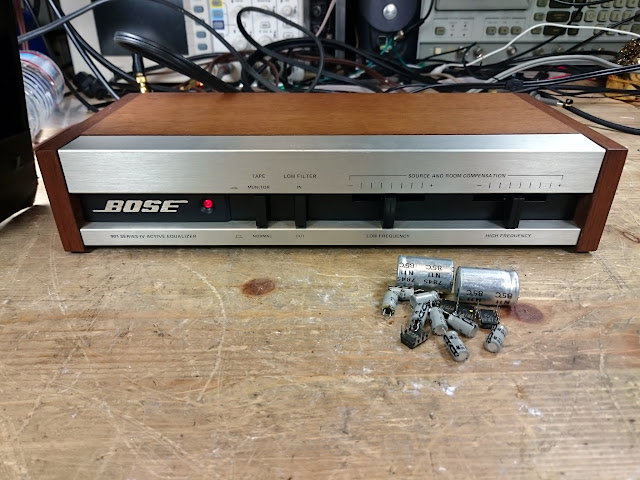