Hands On with the Antumbra Glow

Remember a few years ago how Philips paired one of their flat-panel TVs with some image processing and colored glow tubes along the sides to make your video blend into the wall behind it? I was always fascinated by the concept, but those TVs were astronomically expensive at a time when I was a student without nearly as high of a gadgets budget as I have today. Others have done some work to replicate the concept, but every implementation I’d seen until now was very hacker-friendly, and very consumer-unfriendly. We’re talking flashing your Arduino with downloaded open-source code and wiring up some hardware yourself.

Clearly, there had to be a better way. And it turns out, someone was working on it.

Back in early October of 2014, I apparently made a small impulse purchase online: a pre-order for the Antumbra Glow. I say apparently because I’d completely forgotten about it until it turned up in my mailbox a little while ago in an unassuming, tiny package. (Then it sat around for a little while longer, because I was rearranging my furniture.) 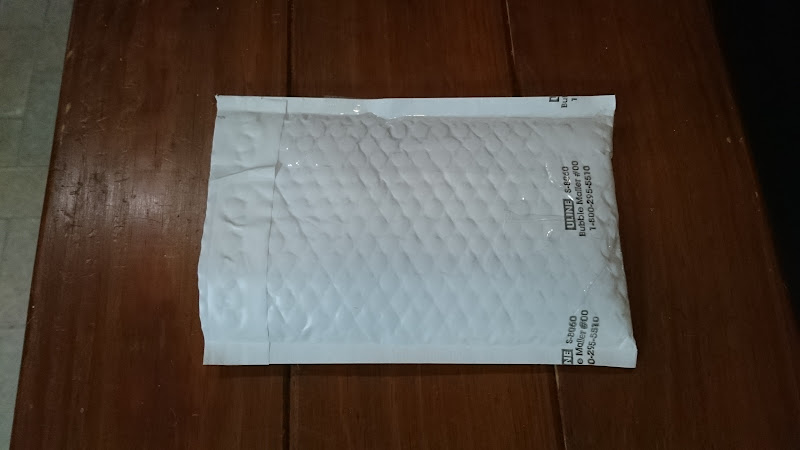 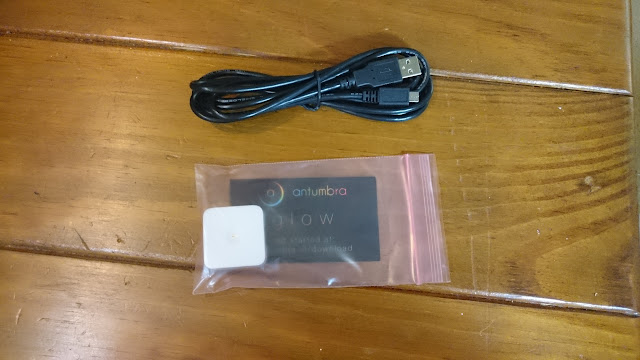 That’s it! A USB cable, a module only a little wider than a quarter across, and a business card with a URL to download the software. 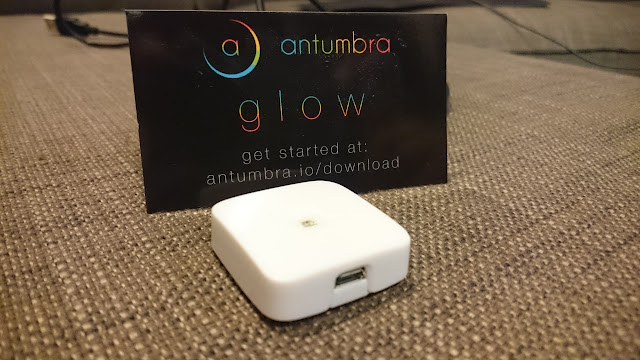 I like minimalist packaging, so this got my attention right away – they’d have been hard pressed to go any smaller, that’s for sure. 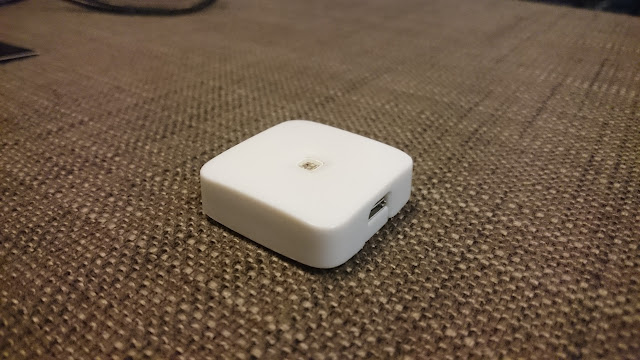 Sleek and a little hard to photograph, it’s a nearly completely featureless white square with one opening for the cable, and a tiny high brightness LED mounted in the center. There’s a dime-sized velcro dot on the back ready for you to peel and stick to your mounting location on the back of your monitor or TV. The setup, at least on my Windows PC, was absurdly simple: download the software, install in about 30 seconds, plug the Glow into the PC, and fire up the control app.

The software itself isn’t flashy – it’s just straight and to the point. Unfortunately I don’t have any screenshots available for that part to show it in more detail, but you can turn the lamp on or off, set the color manually, pull the color from whatever is displayed on screen according to one of 3 methods, or cycle through various ambient color fade effects. A few solid colors below, but the coolest part is that it will display the color matching whatever’s on the screen, making the video effects blend into the wall behind it. 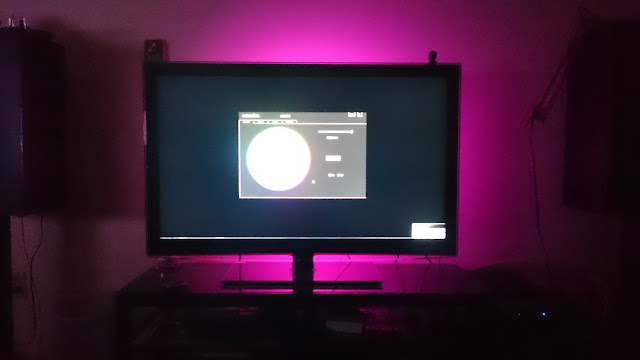 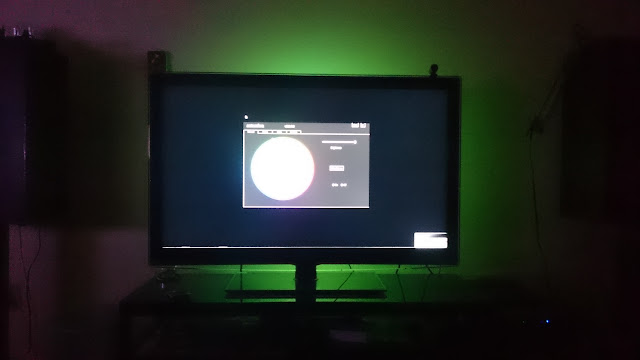 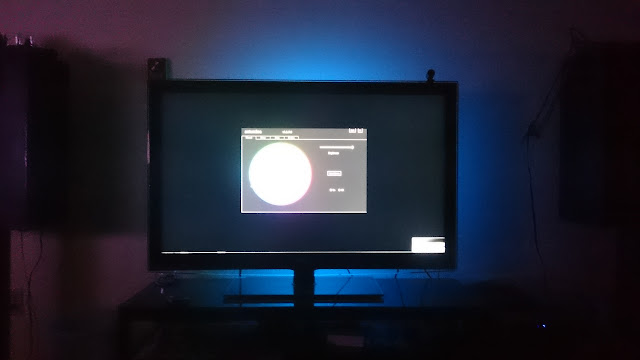 All in all, I’m floored with how well this thing works right out of the box. Hardware start-ups are always more challenging than software start-ups, and this one looks like it was launched by a team who were at the time (and may well still be) college students.

It’s not perfect, but it’s a great little product. The app supports multiple attached Glow devices, too; I find that a single Glow in the back center of my 46″ LCD doesn’t always light up quite as much as I might enjoy.

My one complaint was a very early version of the control application used a massive amount of CPU power (a full 25% of my 8-core AMD FX-8350) but that’s all fixed now. Works great on Windows 7 and 10.

All in all, it’s absolutely worth the $35 with free shipping it costs to get one.

2 Responses to Hands On with the Antumbra Glow