Series VI Active Equalizers are the newest of the set and is on it’s second revision of production even today. Even still, the earliest ones are from the 1990s, and that’s getting up into the range where some gear might need service – especially if it’s seen either heavy usage or prolonged periods of storage over the years. This one came in for a full overhaul, explained in photos: 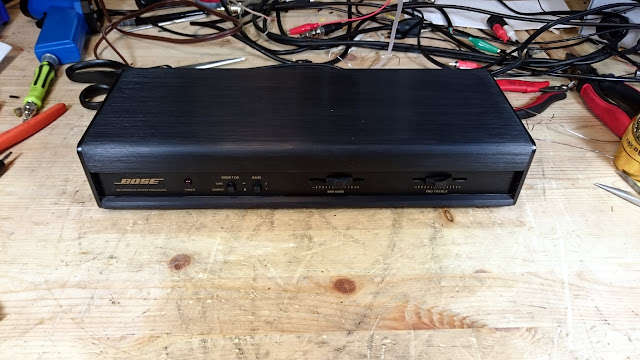 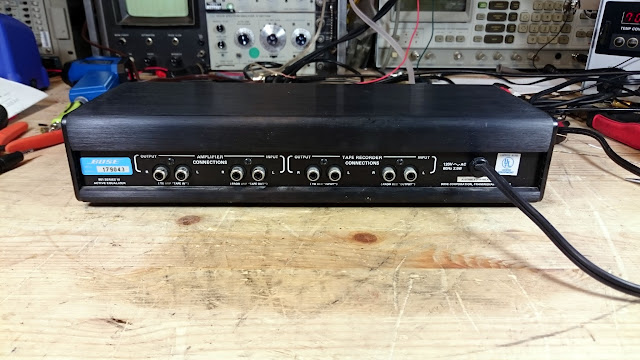 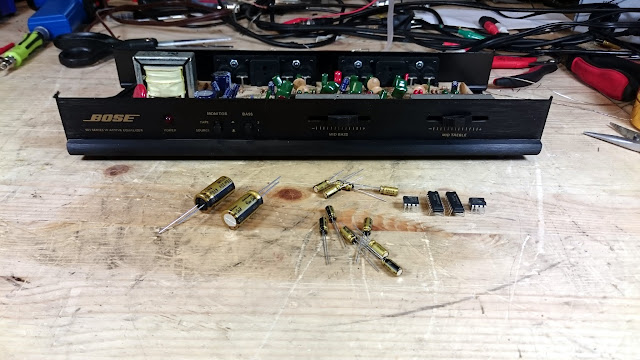 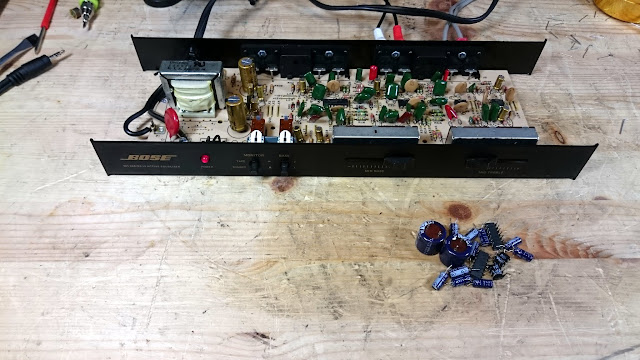 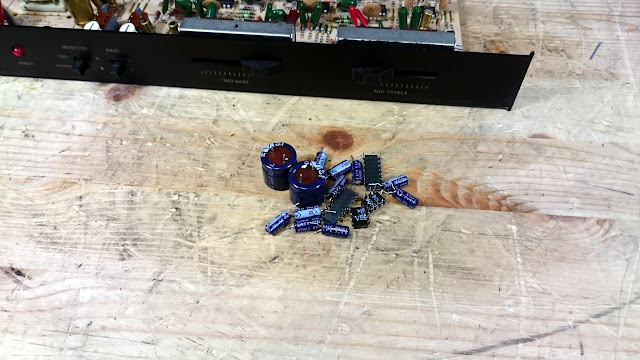 The owner reported it wasn’t equalizing properly as the reason for service. Every Active Equalizer gets full performance testing to confirm all the functionality, and it takes just a few minutes to confirm that a Bose® Active Equalizer is meeting its factory specifications. Most of the time this isn’t captured, but in this case I took some photos during the process to show just how performance verification works.

Using the HP 3324A Synthesized Function/Sweep Generator as my signal source and the Sencore PA81 Stereo Power Amplifier Analyzer as my load, I supplied a 500 mV RMS input signal at 125 Hz test signal and recorded the level as the 0 dB reference. 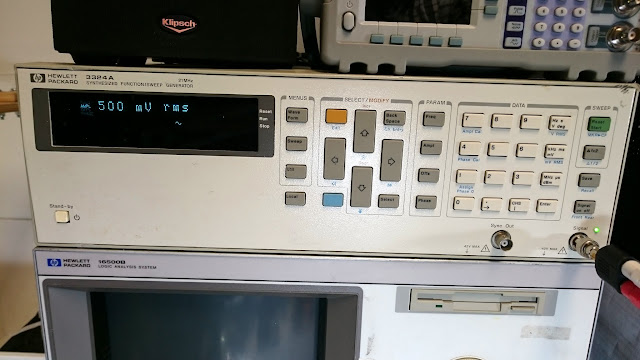 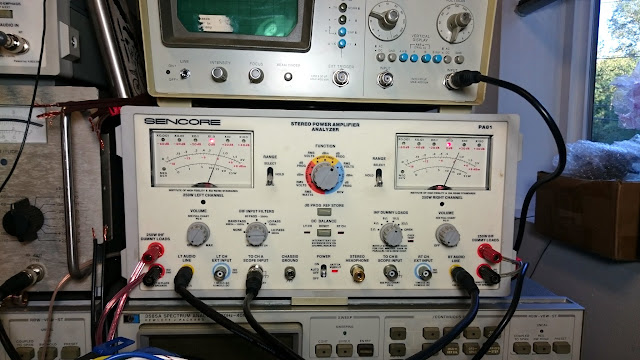 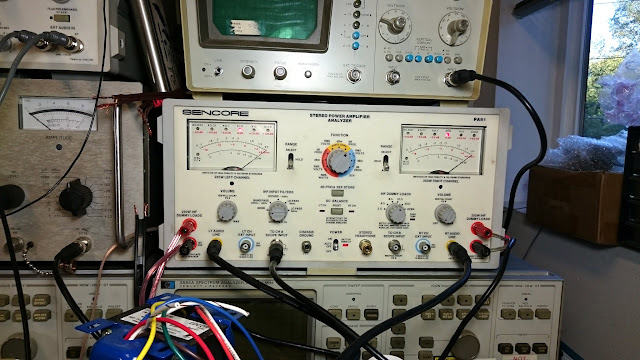 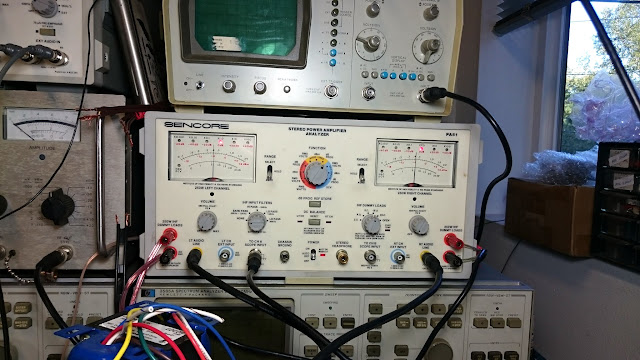 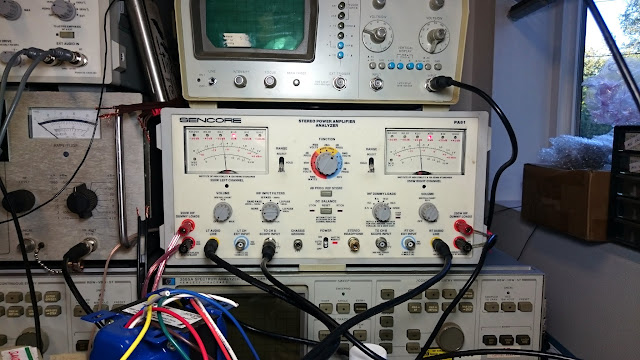 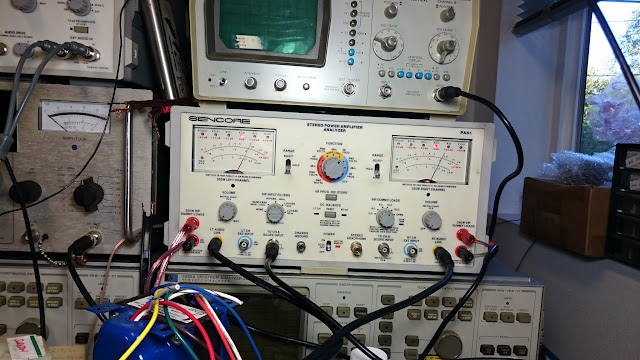 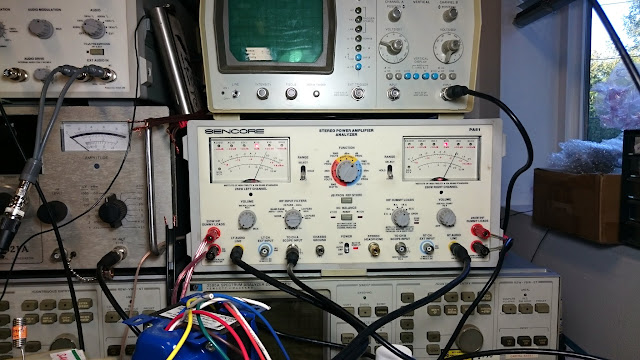 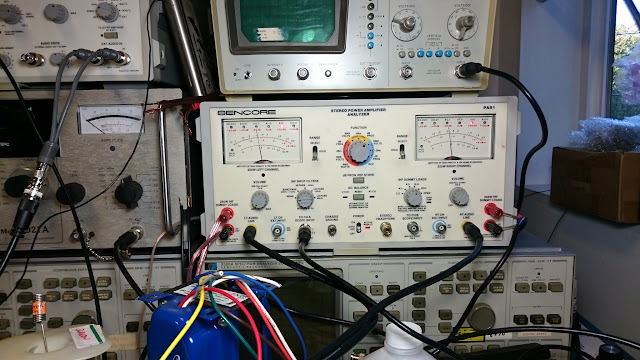 Finally, I measured distortion at various frequencies with a 1 or 2 V RMS input signal. For this test, I used the Keithley 2015 THD Multimeter’s internal low-distortion source. At 1 kHz, distortion should be below 0.09%: 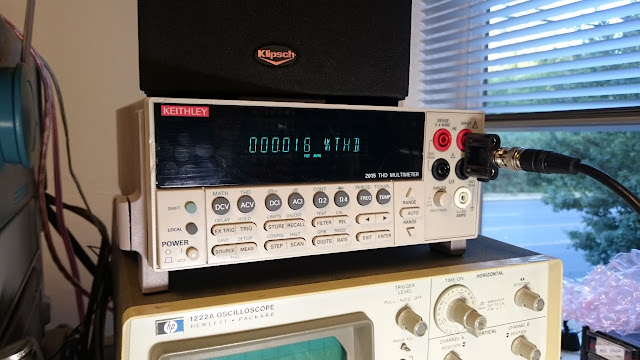 At o.o18% THD, it’s coming in 5x below the factory permitted distortion floor after service. With that, it’s ready to go home!