More and more, even the newer generation Bose® Active Equalizers are showing signs of age. Series V and VI have been making appearances here and there, but seem to have picked up quite a bit lately as components age up past their working life. This typically manifests as any of a number of problems: low hum in the audio, loss of variable controls, loss of bass, loss of volume, and distortion. Number 130806 in the shop was no exception, but nothing an overhaul couldn’t take care of. 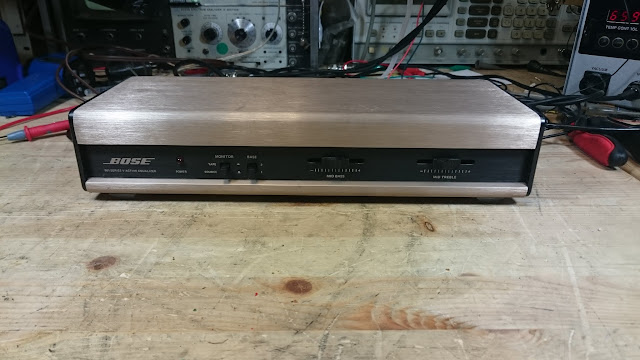 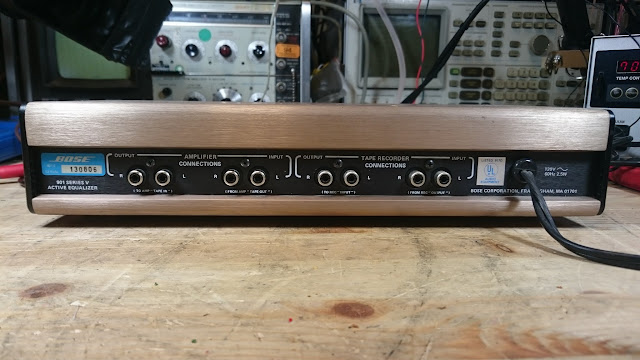 Series V equalizers were produced in the mid to late ’80s, generally, and are an incremental improvement on the iconic 901 Direct/Reflecting speaker design. 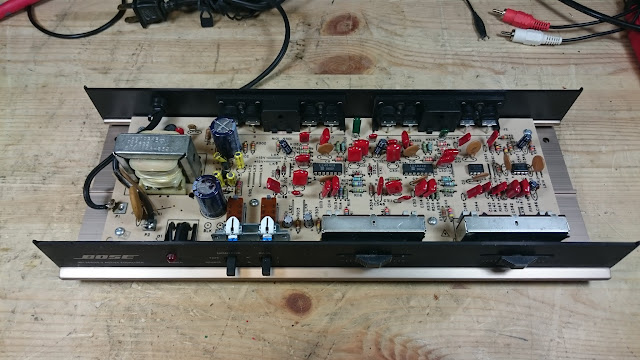 Series III and later active equalizers switched designs and used resistors and film capacitors which are highly reliable and don’t need to be wholesale replaced like they do on Series I and II models, but there are still plenty of electrolytic capacitors to replace. In addition, the op-amp chips in these have been known to suffer from some reliability problems several decades later, so on all models with op-amps they’re replaced as a matter of course. 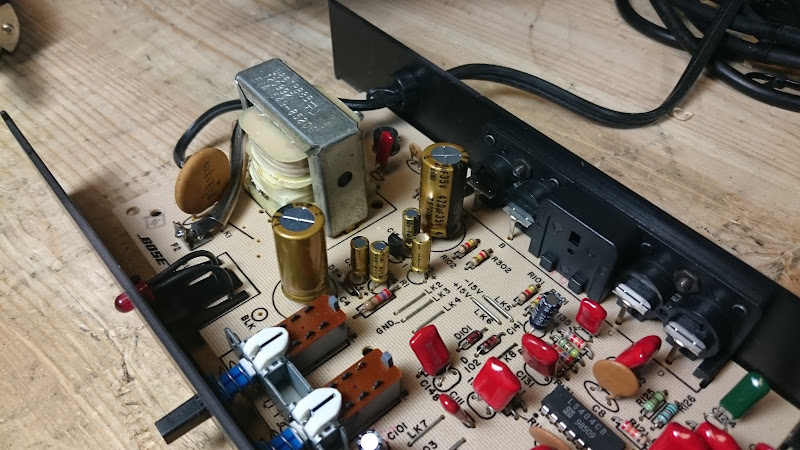 All the electrolytic capacitors are replaced with Nichicon Fine Gold replacements, of course. 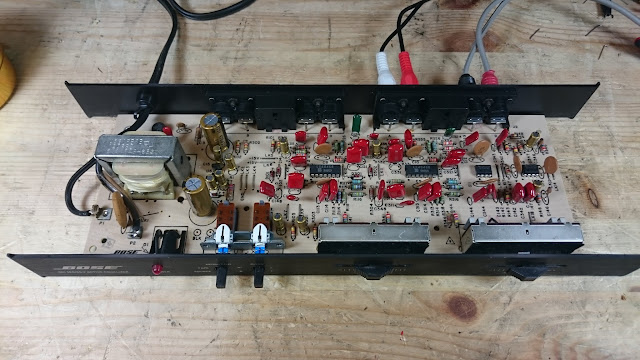 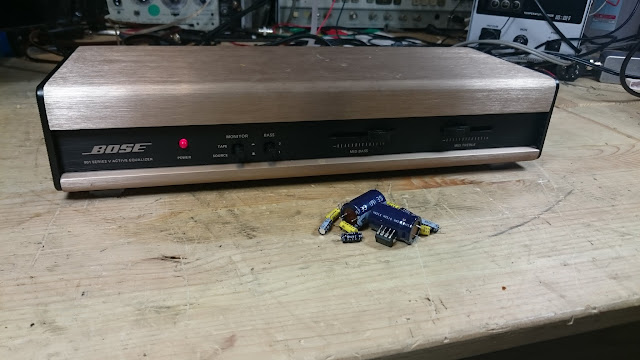 Performance testing showed this equalizer was back in top of the line condition, and with the upgraded capacitors, it’s very likely to sound even better than new!