Another Bose® 901 Series II Active Equalizer came through for an overhaul and some upgrades. These equalizers are necessary to provide the curve shaping needed to get the great sound the 901 Direct/Reflecting speakers are known for. The Series II was made in the mid to late 1970s, and the original components are at the end of their working life. 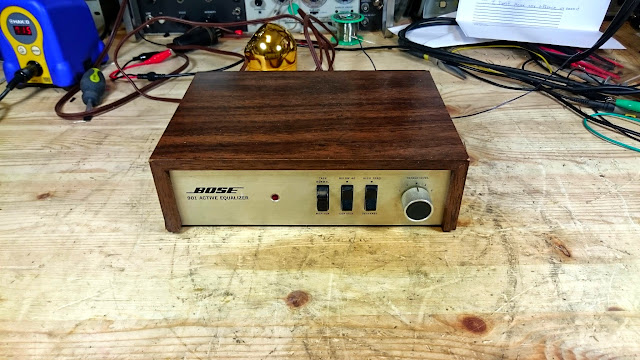 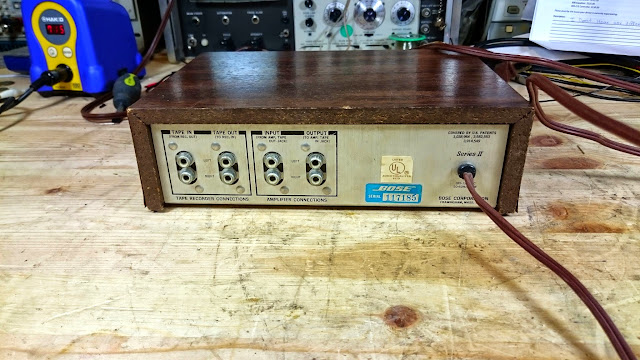 This one looked like it was all original inside. 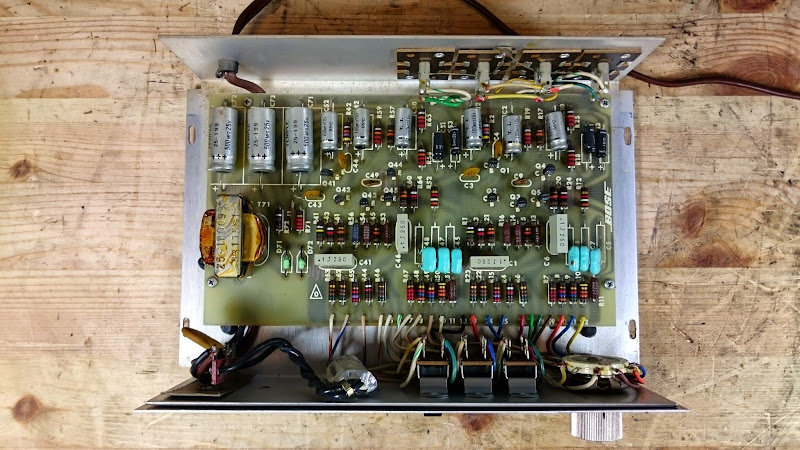 Partially re-capped, and with some upgrades. In this case, in addition to the standard Nichicon Fine Gold electrolytic capacitors, the output capacitor for each channel is replaced with a Nichicon film capacitor instead of the electrolytic. The coupling capacitors, too, are Nichicon. 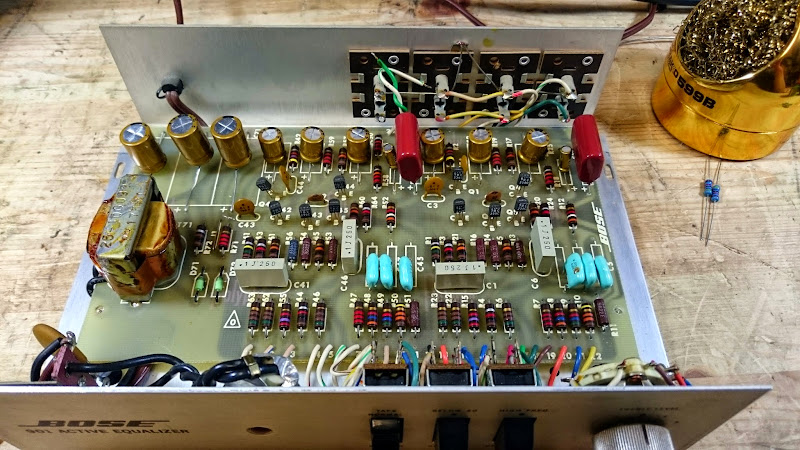 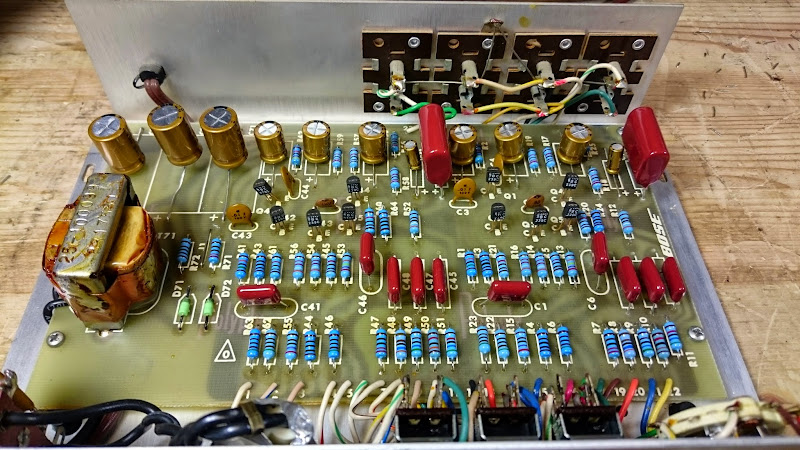 This equalizer is going to sound great for a long time to come, really bringing the 901 system to life.