Even the later series Bose® Active Equalizers are getting older, and the Series IV is coming up more and more. I just had another one through the shop, this one sent to me here in Seattle from north of the border from Calgary in Alberta, Canada. The owner reported it was no longer equalizing the signal and the controls had no effect on the sound, nothing a few new parts couldn’t fix. 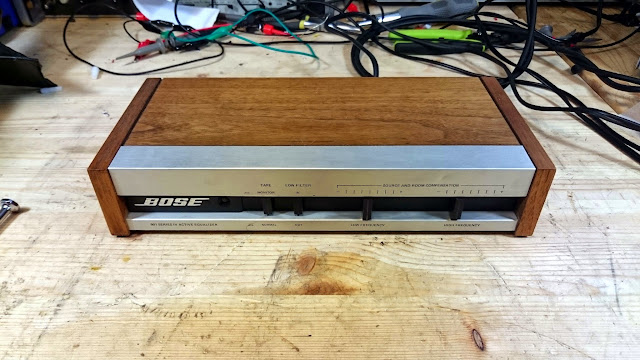 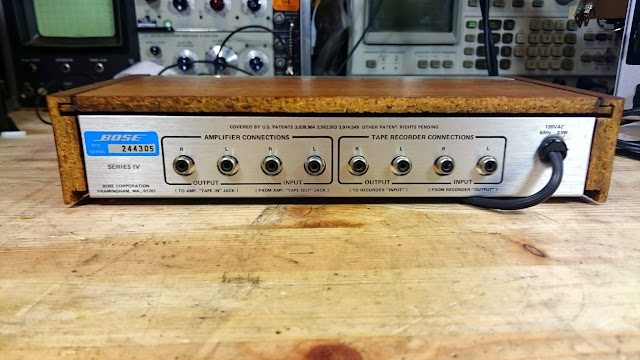 This particular unit came in for the standard overhaul service, which for the Series IV includes all new electrolytic capacitors and brand new, low-noise op-amp chips. 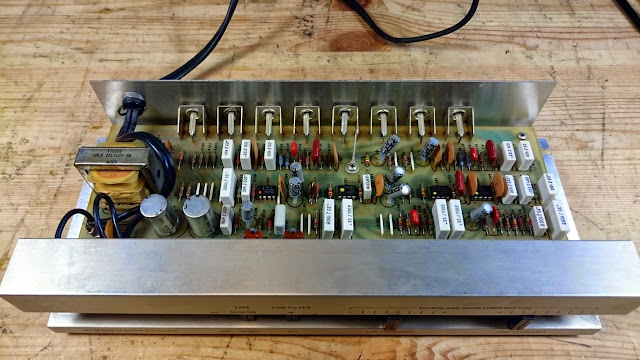 Inside, it’s hard to tell if this unit was serviced previously or if it was just built that way; three of the op-amp chips are identical but a fourth was of a different brand. All came out, though, and were replaced with Nichicon Fine Gold electrolytic capacitors and ST precision op-amps. 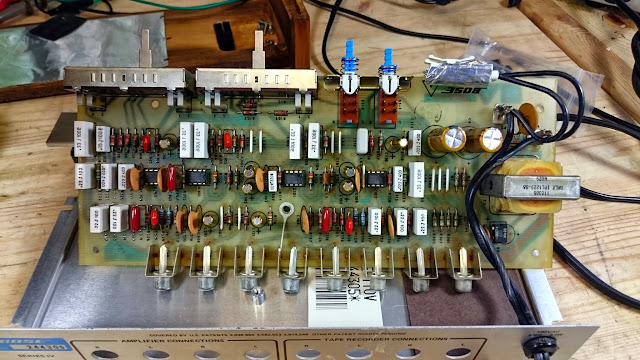 Finally, back in the case and ready to go home! 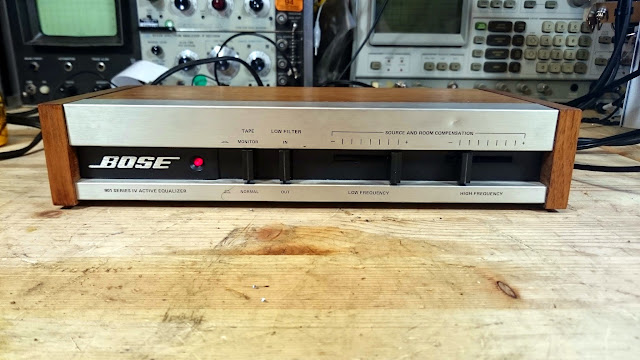 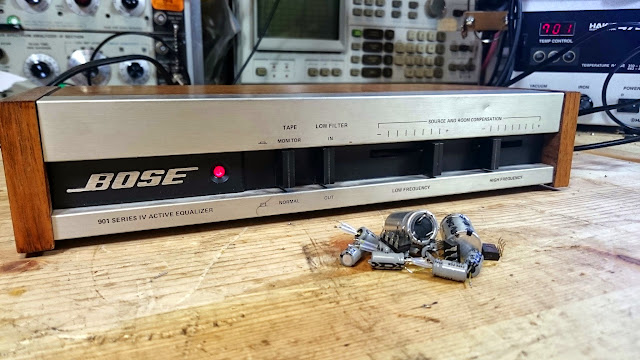 If your Bose® Active Equalizer is having trouble, Rain City Audio can help!