This Bose® 901 Series IV Active Equalizer came through the shop recently with a variety of intermittent issues impacting its performance. These later series equalizers are still getting to be quite old, so it was time for an overhaul. 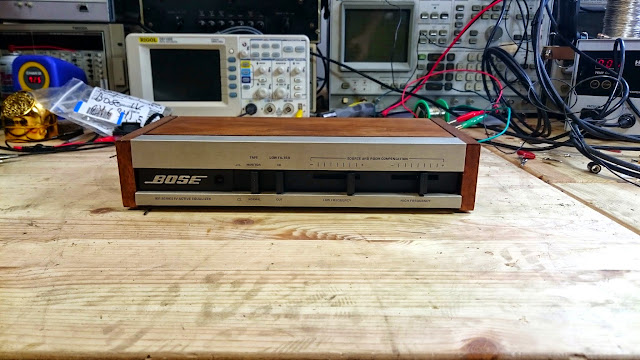 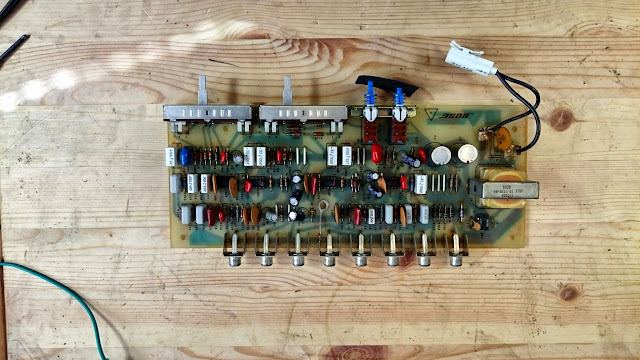 The whole board comes out on the Series IV and later equalizers, making it very easy to service. This particular one was due to get a whole new set of electrolytic capacitors and op-amp chips, and a few upgrades: audiophile-grade film output capacitors for improved clarity and transient response, and precision low-noise operational amplifiers to replace the older style.

The original op-amp chips in this series have a tendency to go noisy over time, so they’re always replaced as a matter of course. Identical replacement chips are still available today, and bring the equalizer back to it’s original factory performance – but chip technology has advanced so much since then, there are a few improvements. In this case, precision Texas Instruments op-amps with 75% lower noise and 1/3 less distortion make a great upgrade and in combination with the film capacitors, really pack a punch. 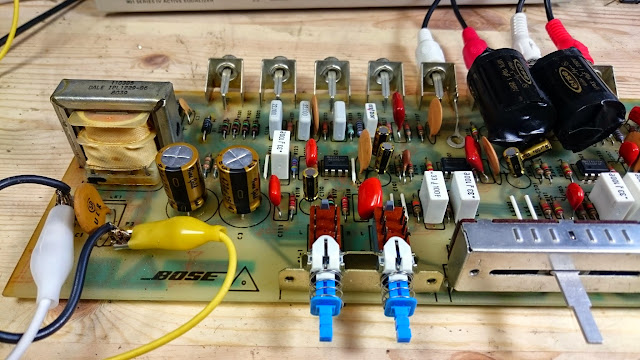 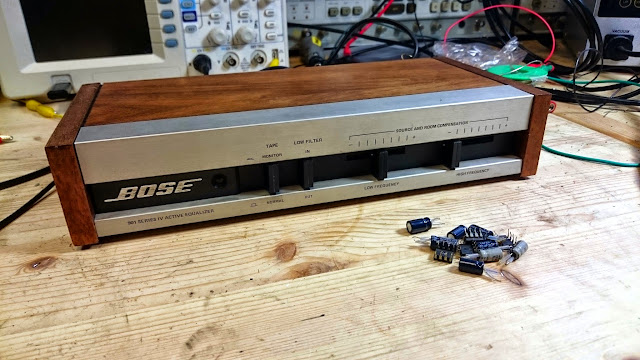 All fixed up, and with new top of the line parts under the hood, this Active Equalizer is going to sound fantastic for many, many years to come.

If your Active Equalizer needs some help, how about Rain City Audio?